A couple of weeks ago I took a look at Nokia’s 1200, available for under £20 on Virgin Mobile Pay As You Go. The 1200 is a really basic handset and consequently it has limited appeal. So if you want something with a little more class and can afford to spend just a bit more money, then the handset under the spotlight this time might be a better bet.


At £44 Nokia’s 1650 is competition for the likes of the Fly SLT100, again available on Virgin Mobile PAYG. The advantage the Nokia 1650 has is that as a SIM free handset you can shop around for a good SIM only tariff that suits you.


I have to say that I took to the Nokia 1650 right away. Sure, it is plasticky in feel, but it looks rather neat in the black, silver and cream livery of the version I was sent. The Nokia online store also has a red and silver option if you fancy something that stands out from the crowd a little more.


What really differentiates the two, however, is their usability with the 1650 being considerably improved in all three important aspects thereof; namely data entry, screen quality and software.


The 1200 has a rubbery numberpad, shortcut buttons and navigation key. This time around the same holds true for all but the navigation key which is a physical button. The build quality is better, though, and the rubber moulding around the number keys provides a raised lower edge which makes finding and hitting them rather easier than it is on the 1200. The same goes for the Call and End keys. Only the two softmenu keys are completely flat. If I have a gripe it is that there is no press-to-select feature on the navigation pad. You have to resort to a softkey to choose a selected item.

The screen measures 35mm tall and 28mm wide and I measured it at 1.8 inches on the diagonal. It is a 65 thousand colour CSTN with 128 x 160 pixels on offer. Not exactly at the cutting edge, then, but a vast improvement on the mono screen of the 1200, and, to be honest, it was fine for basic operations like number dialling and reading SMS messages.


With no Web or WAP browser you aren’t going to be tempted to over stretch the screen’s capabilities. Indeed the large font used for number dialling and displaying other information, such as incoming text messages, makes it very easy see what you are doing.


This might be extremely useful to older users who find squinting at small text can be something of a trial. For SMS reading, though, it does mean that you have to scroll if messages are more than about 20 words long.


The user interface on the 1650 is far superior too, even though it uses the same Series 30 operating system, as the 1200. This is a long way behind the curve in terms of capabilities, but with options arranged in a vertically scrolling menu you can see three choices at once, which makes things feel more accessible than they do on the 1200. 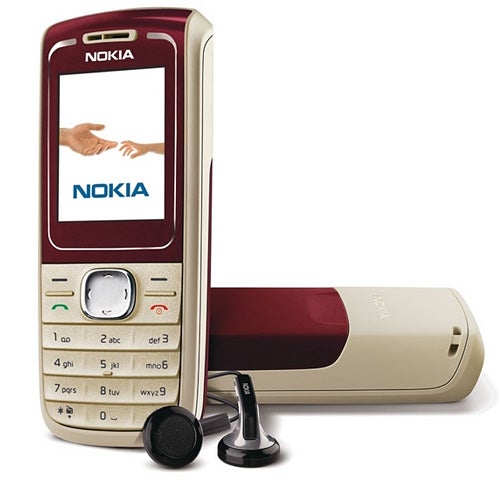 You can configure the right softkey to offer a range of menu choices including software and settings, so that you can quickly get to what you use most frequently. One of these is something the 1650 replicates from the 1200 – its torch feature.


There is an LED light on the top end of the phone, and this can be turned on and off at will. This is such a useful little feature that I am surprised more mid range and higher end handsets don’t incorporate it.


There isn’t a great deal provided in the ultra small box of this phone. Alongside the mains power charger, which uses Nokia’s teeny handset connector, you get a slim and small printed manual and a stereo headset. The latter is of reasonable quality, though its 2.5mm connector is disappointing if not surprising.


The headset can be used for handsfree calling, but not for listening to your own music as there is no player built in. There is an FM radio, though. I got more than two full working days of music from this. Indeed the battery life was pretty impressive generally. Nokia suggests it is good for 8 hours of talk and 420 hours on standby.


This makes it the kind of handset you can leave on for several days on the trot between recharges. The danger, of course, with such long battery life, is that you forget to charge it at all and find the phone is dead when you want to use it.

You probably won’t be surprised to learn at this stage that there is no memory expansion capability on this handset. Its internal 8MB is all you get. Really, for a phone with no media player and no camera this should be plenty. In some instances memory is limited, for example you can store a maximum of 250 SMS messages and 500 contacts (plus your SIM’s capacity).


The handset actually supports five phonebooks so you can share the phone between several people and they can have their own dedicated contact lists. Each entered contact can belong to more than one phonebook. You have to enter it in the ‘shared contacts’ list rather than into a specific phonebook for this to work, though. It might have been easier to be able to allocate contacts to phonebooks once they were in the handset, and switch them about as necessary. 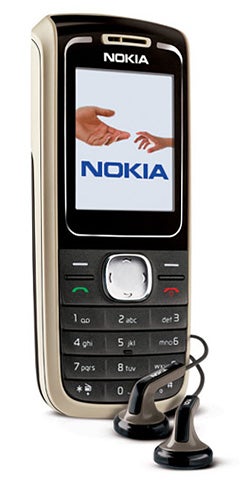 Bluetooth is absent from the Nokia 1650. There is also no real calendar. Instead there is a ‘reminders’ application. You can record things you need reminding of and attach them to a date and time, but that is it. There is also no PC sync, although this is again understandable considering the phone’s limited functionality.


Other apps include a speaking clock, which you can use as an alarm – in which case a human voice keeps on telling you the time till you turn it off. You can also use the FM radio as the alarm in which case you wake up to your pre-selected current radio station.


Rounding things out, there is also a calculator, unit converter, expenditure recorder, countdown timer, stopwatch and ringtone composer. Oh, and last but not least, the phone is dual band.


The Nokia 1650 is definitely a step up from the 1200. It is still really only good for those who want a basic handset with minimal extras, but if you can afford the extra cash its SIM free nature makes it a viable alternative.