Nocs is a Swedish headphone maker you may not have heard of before. But in spite of having been in the business for just a few years, its earphones can already be found in such high-profile joints as Apple Stores. The Nocs NS800 headphones are its top-end in-ear model. They share the natty metal bodies of the lower-end Nocs NS400 and Nocs NS200 earphones, but pack-in dual micro armature drivers instead of the common dynamic type. These are serious earphones.

The Nocs NS800 design is easy to slot-in alongside its series brothers. The bullet-like earpieces are armoured with smooth aluminium and use a smoky finish to stop them from looking too gaudy or eye-catching. They’re classy-looking buds.

However, the design roots of these earphones go back further than just Nocs’s own design tradition. Using dual micro armatures is what lets these earphones stay so small while using multiple drivers, and it’s a style used previously by Ultimate Ears in the UE 700 and, before that, by Swedish headphone maker Jays with the fantastic-but-mostly-forgotten Jays q-JAYS. 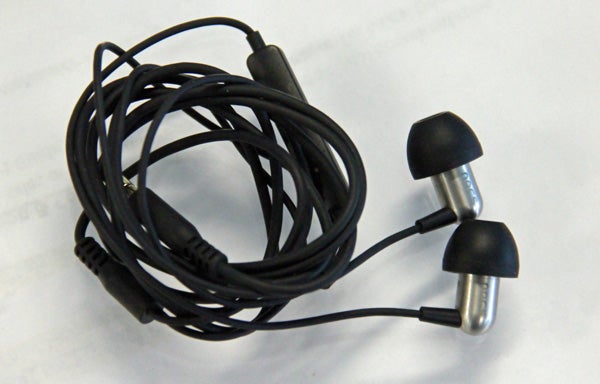 You wouldn’t accuse such a pure and simple earphone as the Nocs NS800 of theft, though, and we like just about every aesthetic choice that has been made here. They’re small, they’re tough, all logos are low-key and the earpieces are light too.

Unlike many earphones, they’re completely non-ported. Dynamic driver earphones in particular tend to feature holes on the earpieces to improve bass response and general articulation, but seemingly it’s not necessary when using a micro armature setup like the Nocs NS800’s. This helps to give these earphones significantly better-than-average isolation, which you might not expect from something so tiddly. The noisy London Tube barely required any nudge of the volume slider.

As ever with IEM earphones that aren’t hugely heavy, the comfort of the Nocs NS800 is based on the kind of fit you can get with the included silicone tips. Nocs includes the standard three sizes, and we found it easy to get a good seal with these fairly thick, soft tips included here.

The Nocs NS800’s size needn’t have any ill effects on sound quality or isolation, but it does seemingly reflect on the cable. For a £150 pair of earphones, the rubberised cable feels a little thin and it’s non-removable. We don’t know of any dual-driver earphones of this size that do offer the removable type, but it’s something we always like to see in headphones that cost so much. 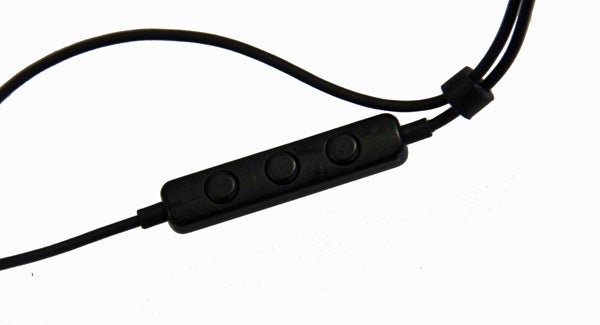 A traffic light-style remote control is included on the cable. It is colour-matched with the black cable, and lets you fully control music playback and volume with an iOS device, and take calls.

There’s generally a distinct quality to different types of headphone driver array at this high-end level. The Nocs NS800 use dual micro armature drivers, which usually offer excellent clarity and more prominent treble than a good many more expensive triple driver pairs, such as the highly-regarded Shure SE535.

The Nocs NS800 are fully signed-up to the micro armature club, with particularly impressive detail and a bright-leaning signature that has the resolution to avoid becoming harsh. They don’t have quite the very high-frequency detailing of the Jays q-JAYS, but they have a sparkly, largely roll-off-free treble that’s highly enjoyable. 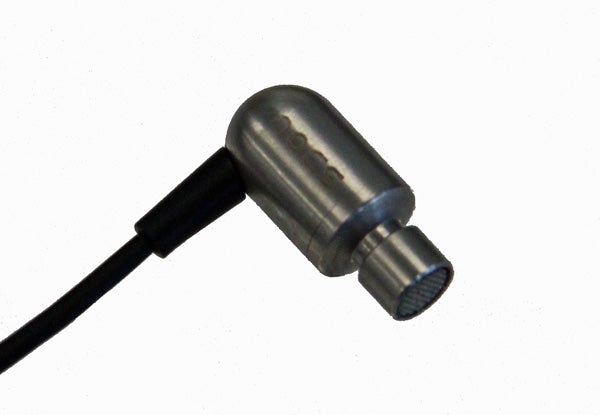 Bass performance is good too. Like the cheaper Nocs NS400, it’s bouncy and slightly more voluminous than most other dual micro armature earphones, but these high-end earphones have much, much better low-end management than the dynamic driver NS400. The Nocs NS800 earphones have the bass chops to spar with the big names in the headphone world. They essentially are a grown-up version of the mid-range NS400 earphones.

Like Nocs’s other earphones, the focus seems to be on these two extreme ends of the frequency range, but it’s not so prominent as to give the NS800 an overly V-shaped sound, where mids are neglected. It’s just enough to make them bags of fun, without losing audio cred. 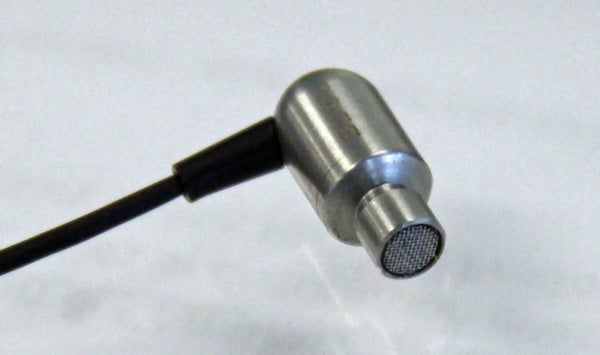 Presentation is fairly up-front too, which adds to their ability to excite, without spoiling the intricacies of their finer detailing. From a triple driver earphone, you can expect to get better mid-range texture and a more expansive soundstage, but there’s genuinely very little to dislike here.

The Nocs NS800 are among just a few sub-£200 earphones that had us revelling at their separation and detailing long after we’d gotten used to their signature. This puts them in a highly elite club of in-ears populated by sets like the Phonak PFE 112 and Jays q-JAYS. 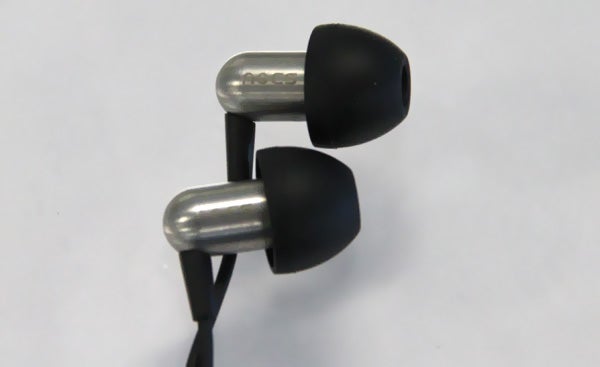 With refined sound, tough metal bodies and good looks, the Nocs NS800 can compete with dual-driver rivals from Jays and Ultimate Ears. They take the signature bright sound of dual-driver earphones and tone down the top end a tad to make them suitable even for those who don’t get on too well with searing treble. The only real issue is that they don’t offer a removable cable.