You might assume that because the Wii U is now on the market, Nintendo is ready to sever all ties with its six year-old Wii system. After all, when you’ve shifted almost 100 million units worldwide, it must be difficult to find anyone in the developed world who hasn’t got one by now.

However, Nintendo is no stranger to making odd commercial decisions (remember the ill-fated Virtual Boy?) and has delivered a stunning curve ball in the form of the Wii Mini. Announced in the wake of the Wii U’s North American launch, it’s a pared-down version of the insanely popular waggle-based console which features a revised case design, a top-loading disc drive and reduced functionality. It’s also exclusive to Canada, but there’s a chance that it could reach other regions in 2013. 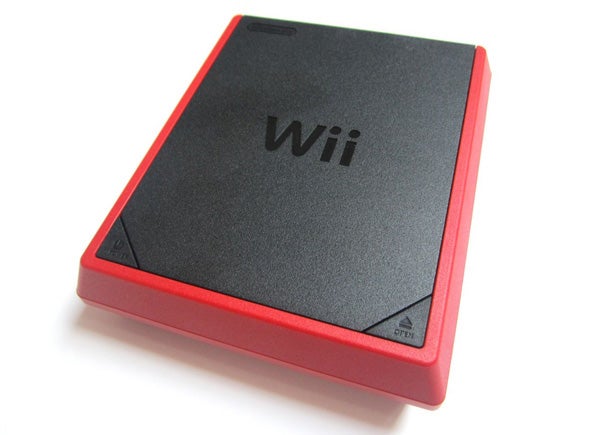 Although its moniker may suggest a significant reduction in size, the Wii Mini isn’t actually that much smaller than its predecessor. It’s certainly lighter – it weighs about half what the original Wii did – but if you were hoping for some drastic shrinkage in terms of footprint, you’re going to be disappointed. In fact, because the Wii Mini utilises a cost-cutting top-loading disc drive, it feels like it takes up more room than the original system because you can’t stack anything on top of it or slide it into narrow gaps underneath your television. The drive has a pop-up lid which means you need quite a bit of clearance to operate it. 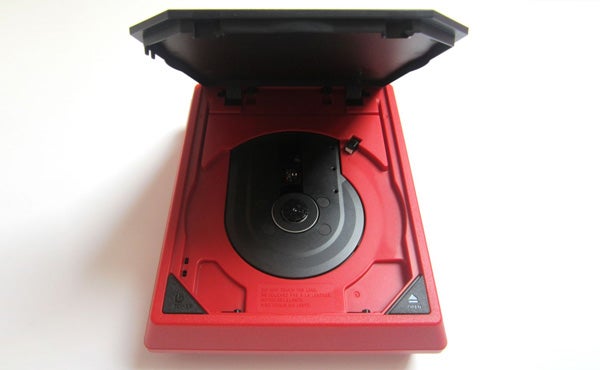 Compared to the glossy original, the Wii Mini looks like a child’s plaything – something that is almost certainly intentional on Nintendo’s part. The Wii Mini’s casing has a matt texture to it and the two-tone black and red styling is sure to appeal to youngsters. To round off the look, the console is bundled with a gorgeous red Wii Remote , complete with matching silicone jacket, and a red Nunchuk attachment.

On the side of the Wii Mini casing you’ll find the sync button (for pairing the console with Wii Remote controllers) and a small panel secured by a single screw – these contains a user-serviceable battery which helps the system retain save data. 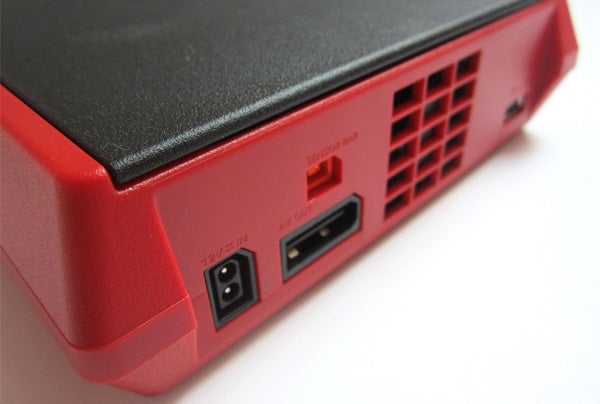 Around the back there’s the usual array of ports, including power, AV, sensor bar and a single USB socket. You’ll also notice the outlet for the console’s cooling fan, which generates around the same amount of noise as the one on the first system did. Taken as a whole, the Wii Mini certainly can’t be described as ugly, but it arguably lacks the understated sophistication of the Wii’s original iteration. 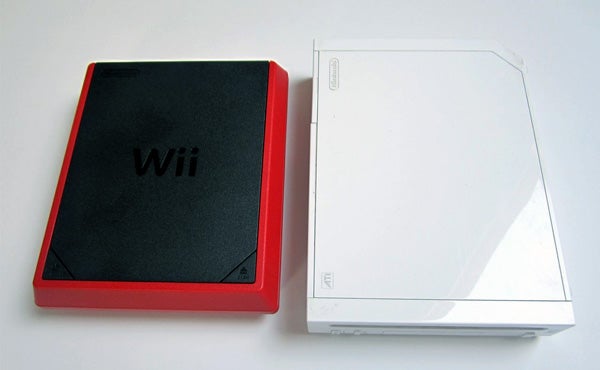 It’s not just the outward appearance of the Wii that has been altered here – in terms of pure functionality, the Wii Mini is aptly named. It lacks any kind of online connectivity whatsoever – there’s no Wi-Fi and no Ethernet port to link to your router. The aforementioned USB connection might suggest expandability, but don’t get any bright ideas about hooking up a USB Ethernet adapter – it doesn’t work. Browsing the settings menu reveals that the option for configuring your online access is entirely absent, which essentially means this console isn’t going anywhere near the web.

This of course makes online multiplayer on titles like Mario Kart Wii impossible, but it has wider ramifications too. No internet in the Wii Mini means no access to Nintendo’s online store, which offers hundreds of downloadable “WiiWare” games (like World of Goo and La-Mulana) and retro “Virtual Console” classics, covering titles from the days of the SNES, NES, Mega Drive and much, much more. 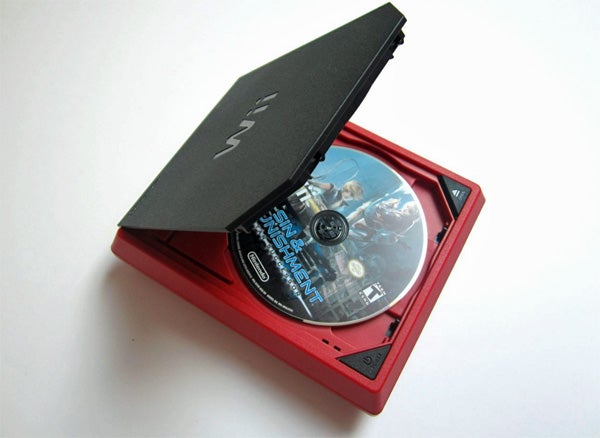 It also means you can’t download apps for services such as BBC iPlayer and YouTube, and – possibly most serious of all – it prevents patches from being applied to existing software. The Legend of Zelda: Skyward Sword shipped in 2011 with a game-breaking bug that was eventually remedied by a downloadable update – but there’s no way of applying fixes such as this with the Wii Mini.

The lack of Wii Mini online functionality is bad enough, but it gets worse. Where the original Wii offered 480p video over a component connection, the Wii Mini is only able to use a composite lead – in fact, Nintendo states in the instructions that the console will only work with the bundled cable. A system released by a major hardware manufacturer in 2012 with nothing but a composite connection sounds like a particularly bad joke to us, but unfortunately Nintendo is deadly serious in this case.

The Wii Mini offers a fuzzy, ill-defined picture with depressingly washed-out colours, and looks laughable when placed alongside HD machines like the PS3 and Xbox 360. The impact isn’t quite as dramatic if you’re playing on a small portable TV, but on anything larger than 32 inches and the image quality is abysmal – so bad in fact that it gets in the way of your enjoyment. 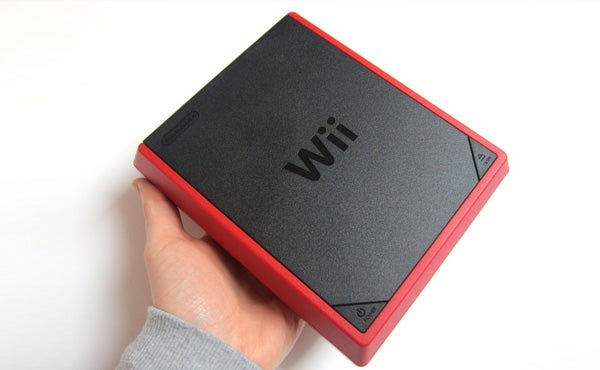 Just when you thought it couldn’t get any worse, Nintendo has also omitted the SD Card slot on the Wii Mini, which means you can’t port over your existing save games and Miis from your old Wii.

The Wii Mini is compatible with all existing Wii software, but support for GameCube titles has been withdrawn. The Wii is home to over a thousand different games worldwide, and showcases some of the best franchises in gaming. New Super Mario Bros. Wii, Metroid Prime Trilogy, Wii Sports, Donkey Kong Country Returns, Super Mario Galaxy 2, The Legend of Zelda: Skyward Sword and Super Smash Bros. Brawl are all fantastic pieces of software, and deserve to be experienced at least once.

If you’re new to the whole Wii concept, it’s easy to see why this could present an intriguing prospect. You just need to remember that you won’t be able to fully experience games which boast certain online functions, such as multiplayer over the internet. 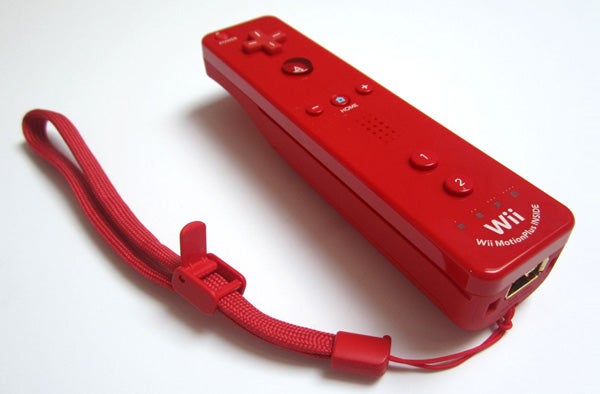 It’s worth noting that this version of the Wii Mini will only play North American games – it features a region lockout system which prevents the use of European and Japanese software. If you’re planning on importing the console from Canada to the UK, bear in mind that you won’t be able to use your existing PAL (European) games on it. On the positive side, if you already own a UK Wii you won’t need to buy an additional power supply as the Wii Mini takes a 12V input – the same that is supplied by the original Wii PSU.

We’re not entirely sure what Nintendo was thinking when the Wii Mini was given the greenlight. Granted, the low price point (it retails for $99 in Canada, which is about £60) and kiddie-friendly design suggest that it’s aimed at the younger end of the market, but after six years of sales, surely most pre-teens have access to a Wii by now? And if they don’t then it’s highly likely that an older sibling will be upgrading to the Wii U shortly, thereby bestowing hand-me-down status on their older system.

Given the lack of online, terrible picture quality and almost unchanged case dimensions, the Wii Mini is most definitely one to miss. You can pick up a second-hand Wii for much less than £60 these days, and do a lot more with it to boot. Time will tell if Nintendo decides to release this crippled system outside of North America, but even if it does, we suggest you give it a wide berth and focus your attention either on the original model or, if your pockets are bursting with cash, the brand-new Wii U.