Everything from an air fryer to a slower cooker and pressure cooker, the Ninja Foodi Max OL750UK is an all-round brilliant multi-cooker for those who love to cook. Thanks to its clever design, there’s no need to change lids for different modes, while the temperature probe adds a new level of precision cooking. However, as good as it is, the OL750UK is bulky, and only worth the cash if you’ll use most of its impressive list of functions.

Adding in a greater number of cooking functions than I’ve seen from the company’s previous multi-cookers, the Ninja Foodi Max OL750UK is a full-on kitchen beast. This sizeable cooker can air fry, grill, pressure cook, steam and more. Results across the board are fantastic, but you’ll need to ask yourself whether you realistically need this much cooking space and number of functions before you buy.

An update of the Ninja OP500UK, the OL750UK does what its predecessor does and plenty – this is the ultimate all-in-one cooker. It comes with three main cooking modes, selectable via the slider on the front of the smart lid: Pressure Cook, Combi-Steam and Air Fry/Hob. Thankfully, this model doesn’t require you to have to change lids for pressure cooking, so it’s easier to store – well, as easy to store as an appliance weighing just over 11kg can be.

Each mode is exceptionally easy to use via the simple controls. For most, you select the temperature and time, and you’re good to go. Ninja doesn’t provide a lot of automated cooking modes, but this isn’t an issue since included in the box is a book with suggested cooking times and temperatures for lots of different ingredients.

Given that cooking is as much art as science, I think it’s best to learn the basics and adjust on-the-fly as your food is cooked.

There’s one exception to this: there’s a temperature probe included, which pops out from its storage space on the side of the OL750UK.

Stick this into your food and choose from the preset options (chicken, pork, lamb and beef, plus, where appropriate, with target levels from rare to well-done), and the OL750UK will automatically stop when your food is perfectly cooked. I found this mode really took the guesswork out of meals.

Inside the OL750UK is the huge 7.5-litre bowl, which comes with clear markings on its side for water levels. This is helpful for using the steam mode, which requires water to be added directly; excess water is collected in the small container on the side of the OL750UK. It’s also handy for adding ingredients to the slow cook mode: it made cooking stews and the like much easier.

Into this main bowl you can place the air fryer basket and the two-tier racks for grilling and multi-level cooking.

The only slight issue with this set up is that everything inside becomes hot, so it’s difficult to remove the air fryer basket to shake food during cooking – and you’ll definitely need to shake food in order for it to be evenly cooked and coloured. The 4.7-litre crisper basket is certainly large, but it’s also quite deep, so using it to maximum capacity will require you to stack food.

If you mostly air fry, then a model with drawers and handles, such as the Ninja AF400UK, might make more sense – the handle on this model is on the outside, so you can pull out the food basket, shake the contents, and re-insert it without having to use oven gloves.

All items are dishwasher-safe, so the OL750UK is easy to clean up once you’ve completed cooking. Just make sure you let the parts cool down first before handling.

To test the Ninja OL750UK, I put it through a series of cooking challenges. First, I wanted to see how the combined steam and air fryer mode worked to cook chips. The idea is that the steam helps keep food moist while air frying delivers a crispy exterior.

Cooking for 20 minutes at 200ºC, with 125ml of water in the bowl, I found that my chips were excellent. They were evenly cooked (after shaking), and had a nice crispy texture to the outside; the inside remained soft and moist. Quite possibly, this is the best that I’ve seen any air fryer perform.

Next, I moved on to some rump steak, grilling it with the temperature probe inserted and the cooking target set to Medium. Happily, I was able to just walk away and leave the steak to cook, returning once the OL750UK started beeping to indicate it was done. The result was a perfectly cooked bit of steak, no intervention required.

Pressure cooking works well, too, reducing the amount of time it takes to cook a lot of food. My potatoes were perfect in seven minutes, ready for mashing. It helps that the Ninja OL750UK can auto-release the pressure valve – although, be warned, it’s loud as it does it.

Slow cooking is excellent here, too. The OL750UK maintained a stable temperature, and the sealed lid meant that moisture didn’t escape.

If you want huge versatility from a cooker, while also being able to cater for large portion sizes, then this is the model for you.

If you don’t have much room, or won’t use all of the cooking features, then you may be better off with a different air fryer or cooker.

The Ninja OL750UK is a bit of a monster, taking up a lot of space. However, it isn’t wasted space since this is a jack-of-all-trades multi-cooker that can do a lot. I’d say that a dedicated air fryer is a better choice if you mainly want a model to crisp food – the dedicated models tend to be easier to use, particularly for shaking food.

However, if you want more from your cooking appliance, then the multiple modes on offer here are terrific. I’m a big fan of the steam cooking mode – it made my chips the best that I’ve ever seen. Add in slow cooking, grilling and pressure cooking, and the OL750UK offers a level of versatility that other devices can’t quite match. 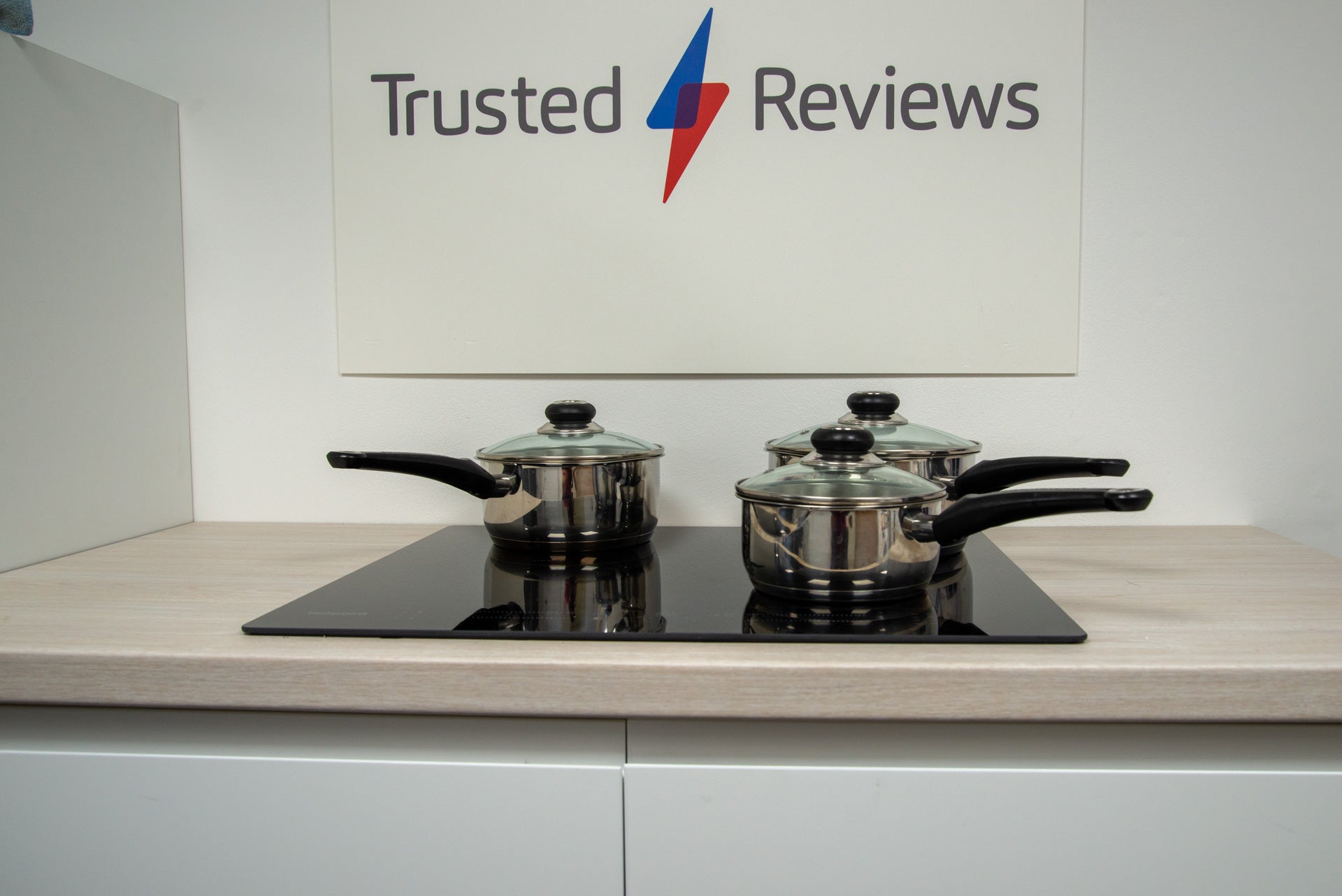 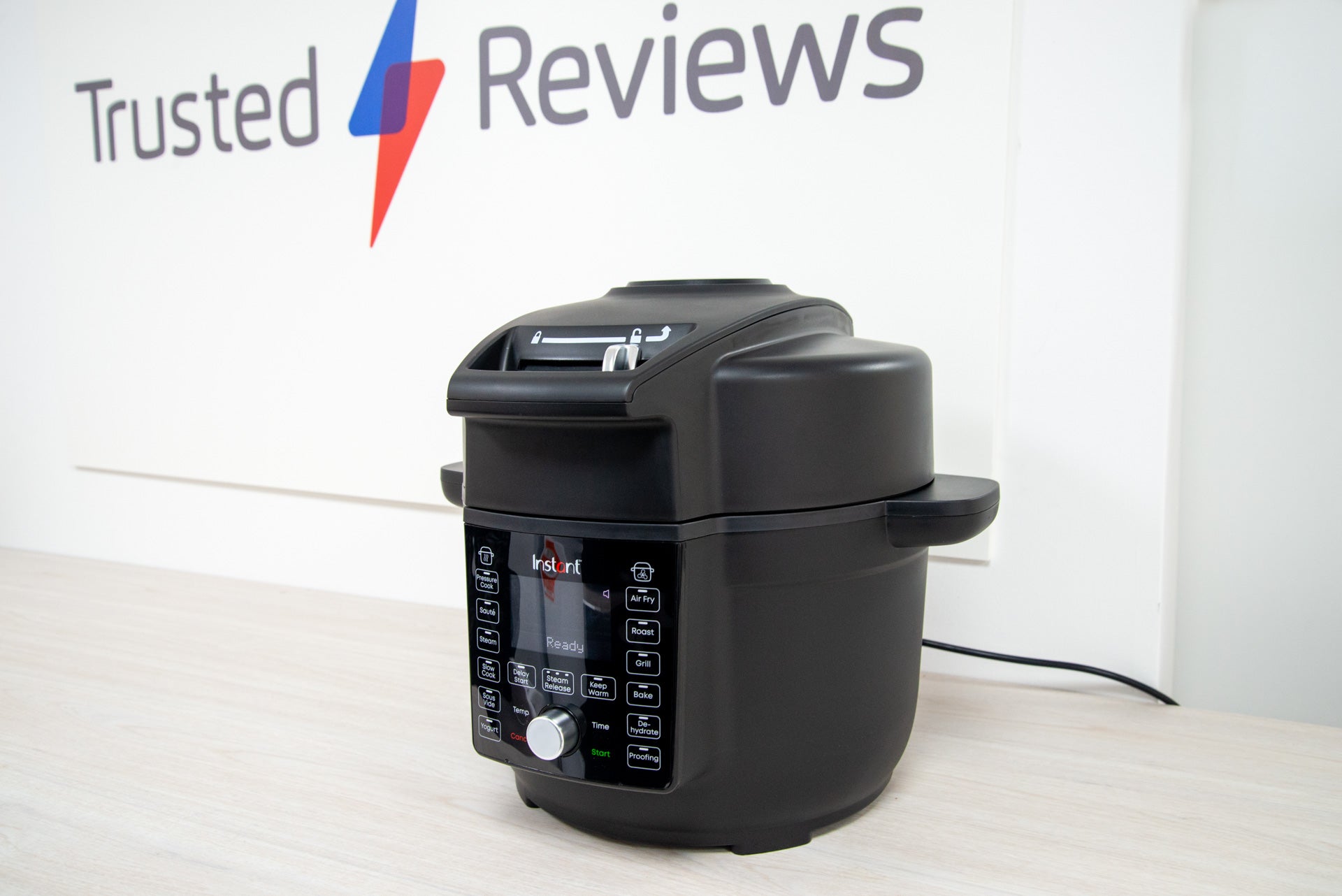 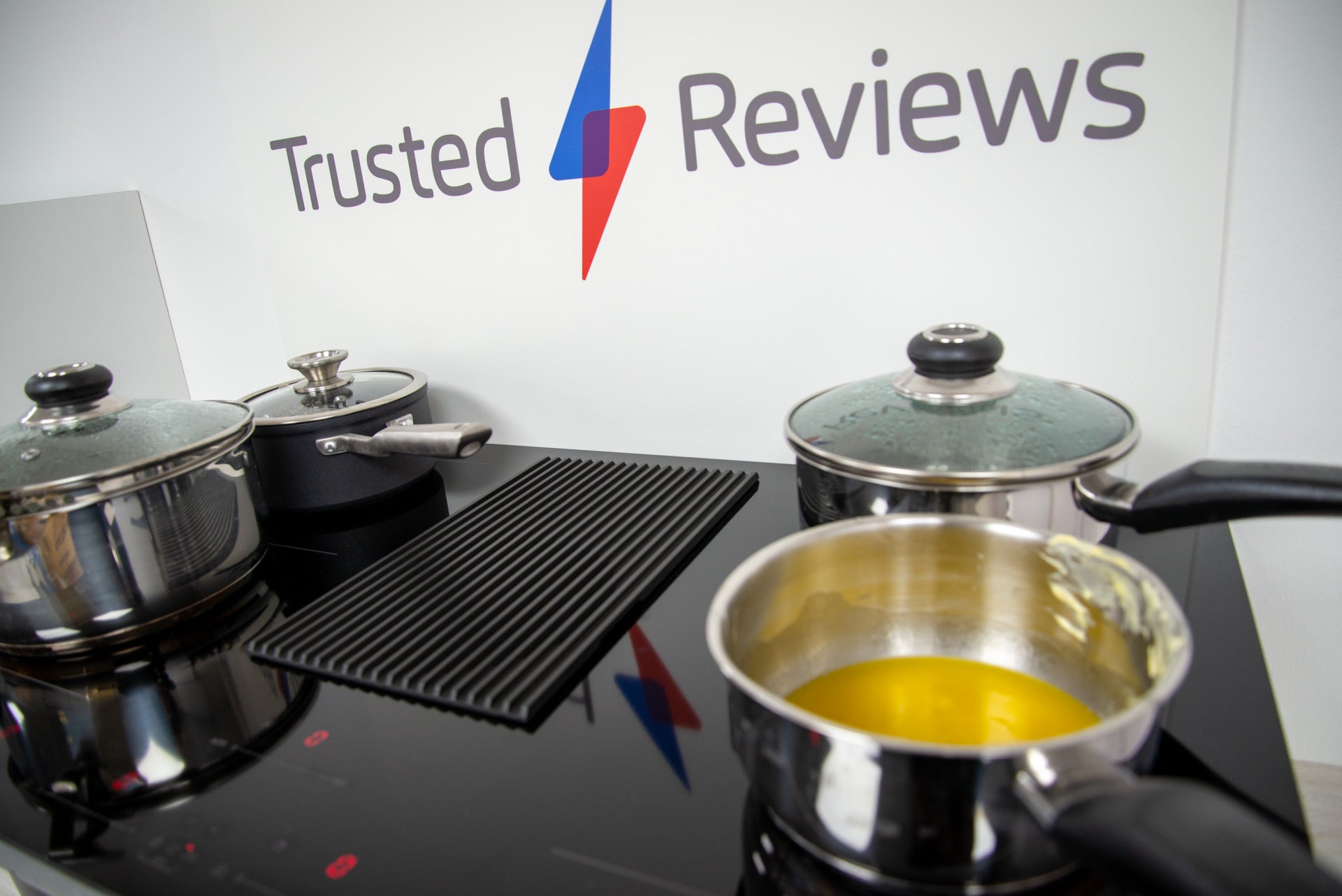 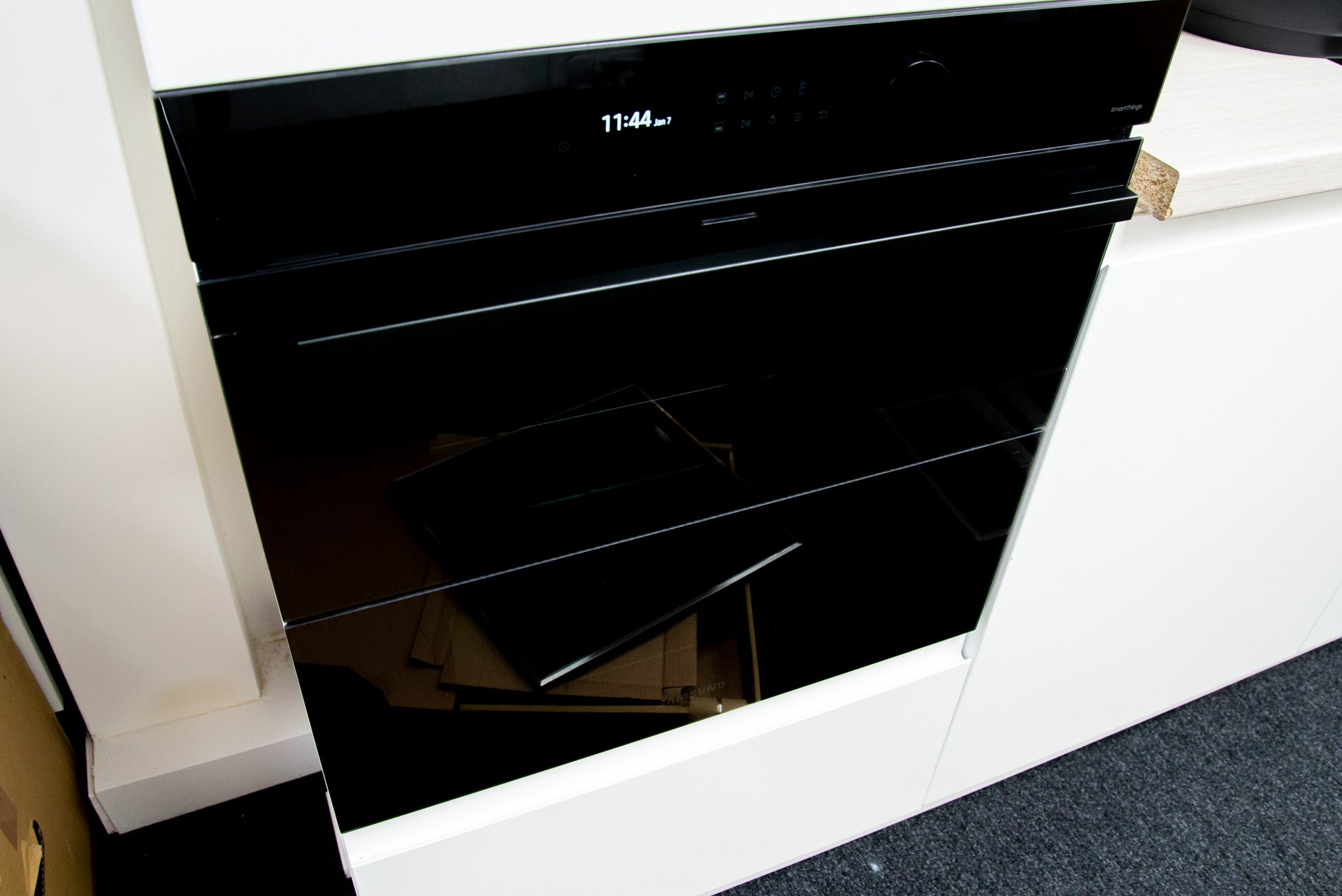 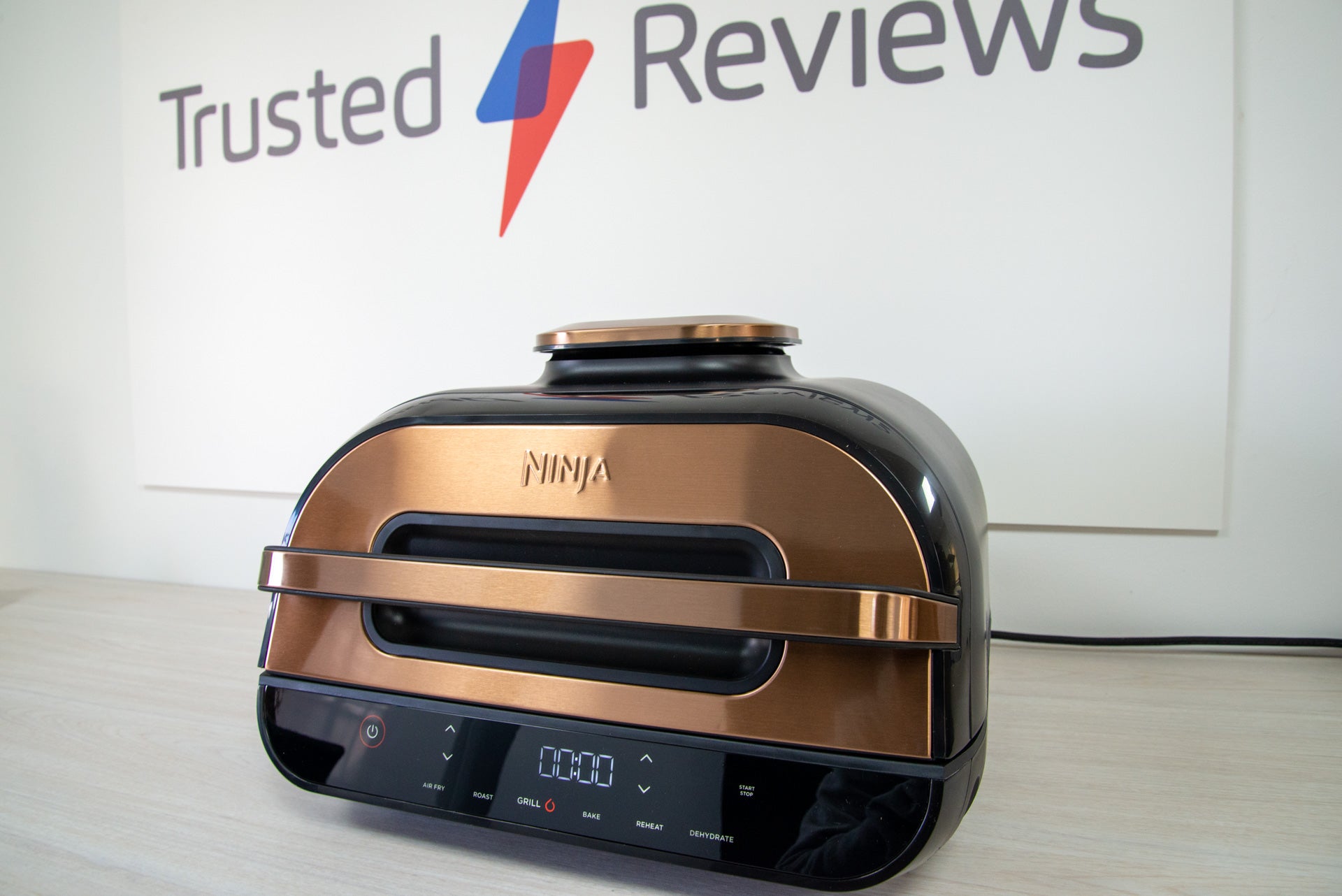 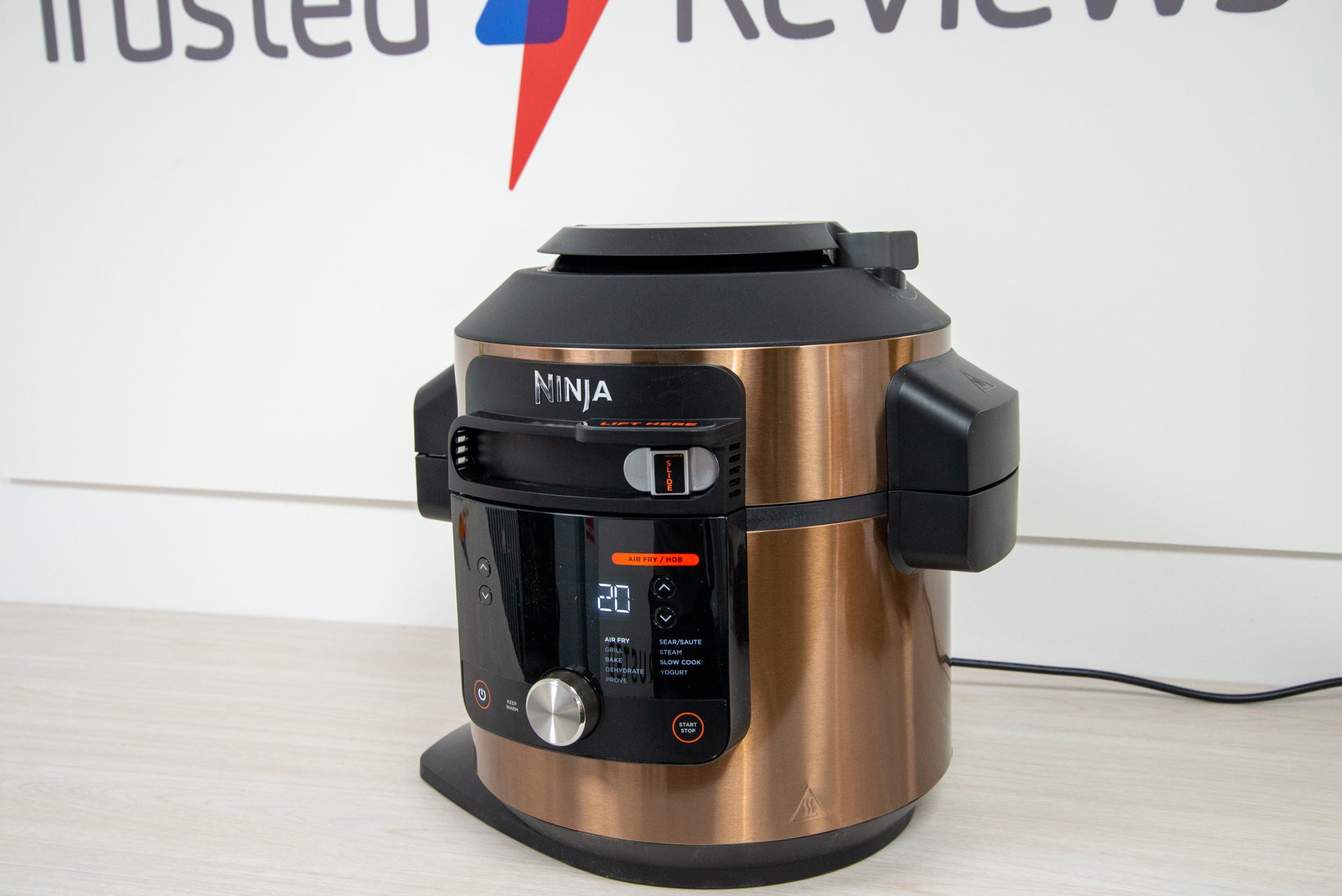 Both devices are the same size, but the OL750UK has a temperature probe.

What’s the maximum cooking capacity of the OL750UK?

It has a 7.5-litre bowl, but a lower 4.7-litre crisper basket for air frying.