What is the Nikon Coolpix W300?

The W300 is Nikon’s most rugged compact camera, a pocket-sized point-and-shoot designed to withstand almost anything life can throw at it.

It’s dust-proof, waterproof to a depth of 30 metres, freeze-proof to -10ºC and can be dropped onto a hard floor from up to 2.4 metres without breaking.

It also comes with GPS to track all your outdoor adventures and 4K video recording to capture them, plus a 16-megapixel sensor and built-in Bluetooth and Wi-Fi. 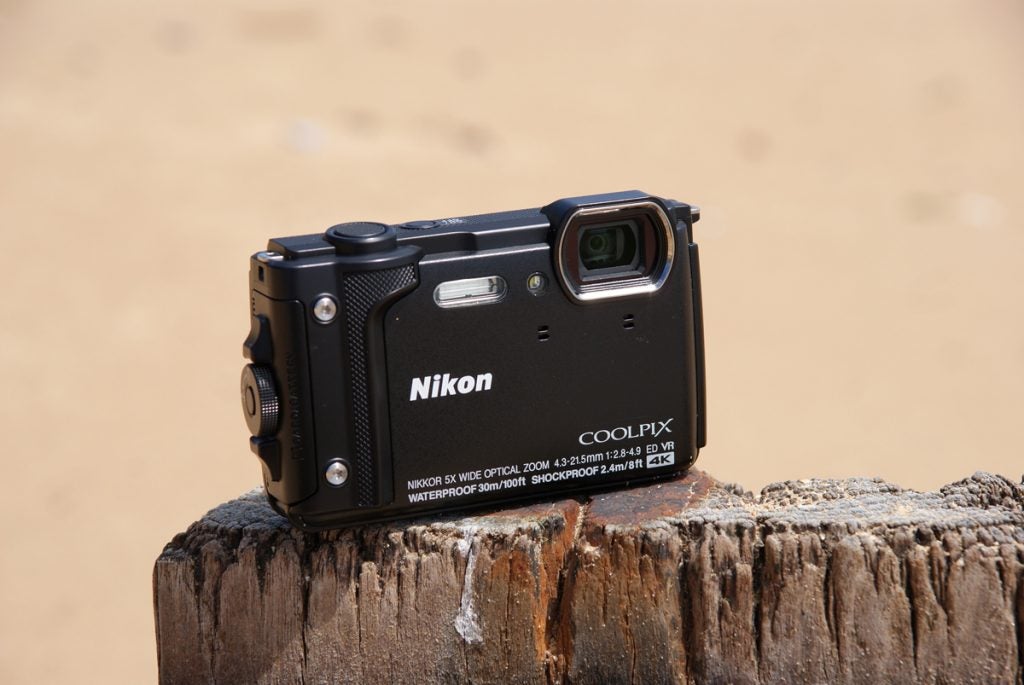 With its moody black finish (it’s also available in bright yellow, brighter orange and camo colours) and criss-cross pattern on the top and right-hand grip, the W300 looks decidedly serious – and it certainly isn’t messing around when it comes to toughness.

The thick, hard plastic body feels like it could be used to hammer nails all day and still be in perfect shape to take decent snaps of the resulting shed.

The battery, ports and card slot are kept beneath a rubber-sealed flap with a twist-lock – all the better to keep dust and water away from the camera’s vital innards – while the lens and screen are protected by an extra layer of transparent plastic.

Our review sample’s screen did attract an annoying scratch from simply being inside a backpack with some keys, which doesn’t inspire much confidence in it coming out of a drop onto rocks unmarked. Please consider Gorilla Glass next time, Nikon.

The W300’s side panel features dedicated buttons to switch on the front LED (to use it like a torch), to open the camera’s built-in compass, and to bring up a motion-controlled mode (designed to be used when you’re wearing thick gloves and can’t press the regular controls properly). All quite useful, even if the torch can be turned on by mistake a little too easily.

GPS and GLONASS mean you can geotag photos and videos without needing to lean on a connected smartphone, while a depth gauge, altimeter, barometer and compass allow you to furnish your photos’ EXIF data with even more info. So you won’t just know where you took a photo, but how high (or low) you were and which direction you were facing at the time. 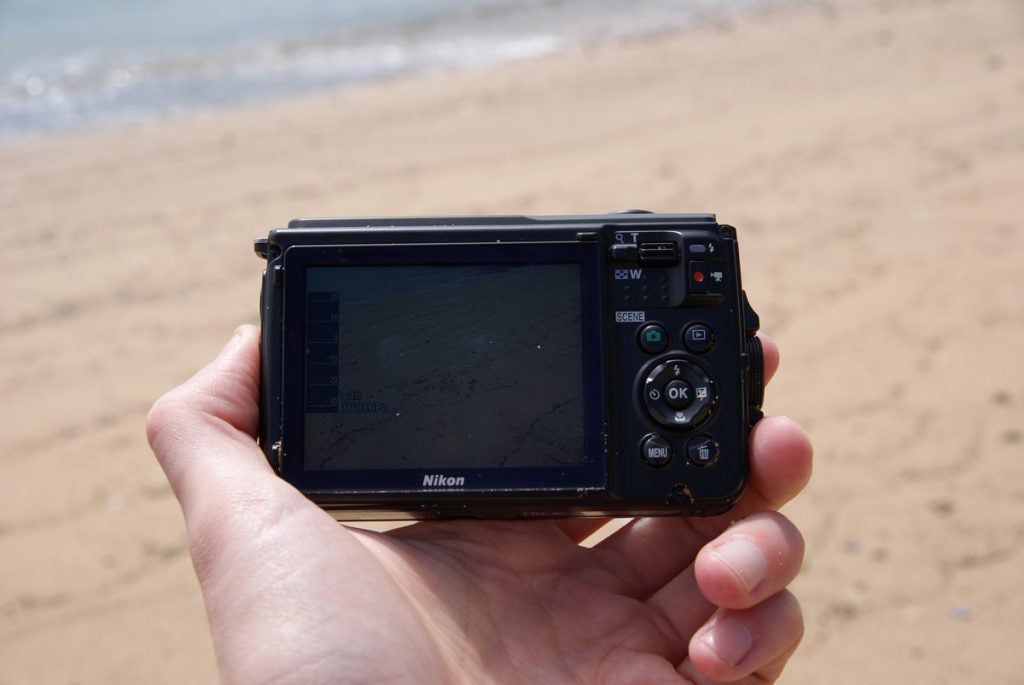 That said, you’ll want to hunt down a shady spot to review your photos and videos, as the aforementioned second layer of plastic protection comes with a side order of extra reflections, making it harder to see on sunny days. 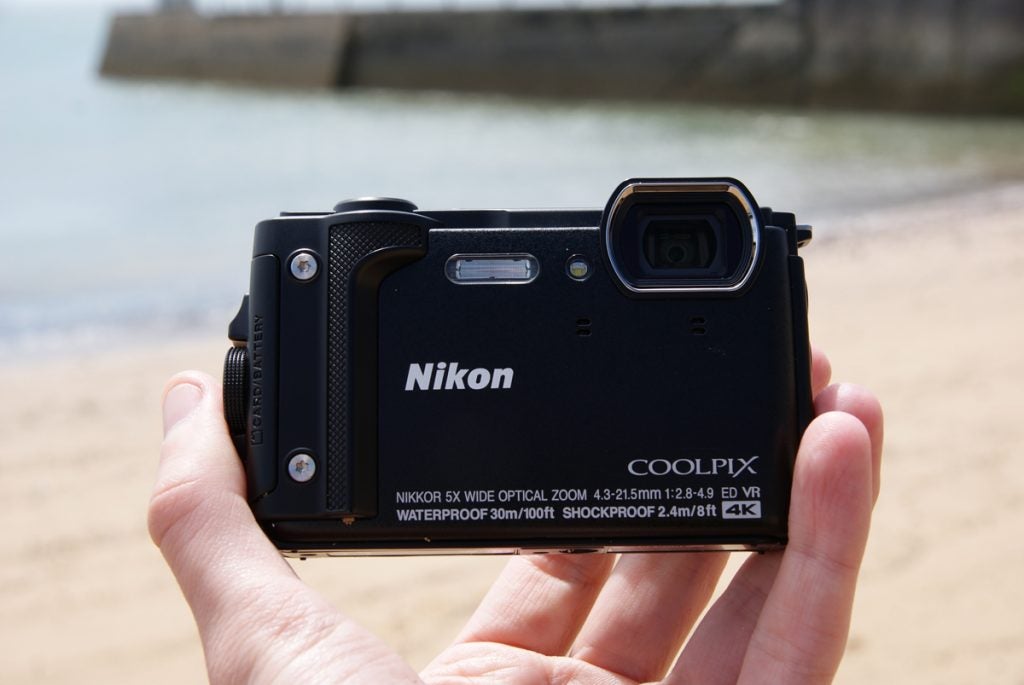 The W300 sits nicely in your hand, thanks to its bumpy grip and thumbrest. The latter puts your thumb in the right position to tap the video record button or nudge the zoom rocker up and down.

Personally, we prefer the forefinger-controlled zoom lever of the Olympus TG-5, since it’s more straightforward and less fiddly than a rocker.

There are also controls to quickly bring up flash, macro, timer and exposure compensation controls, as well as the camera’s scene shooting mode. Notably, there’s no way to, say, change white balance or ISO manually, without going right into the main menu screens however. So those who like to exert more creative control over their images might well feel frustrated.

The autofocus locks on quickly and accurately outdoors in good lighting, but can hunt a bit when you’re inside or the sun has dipped below the horizon. It’s basically what we’ve come to expect from a compact point-and-shoot, and knowing its limitations makes it fairly easy to work with. 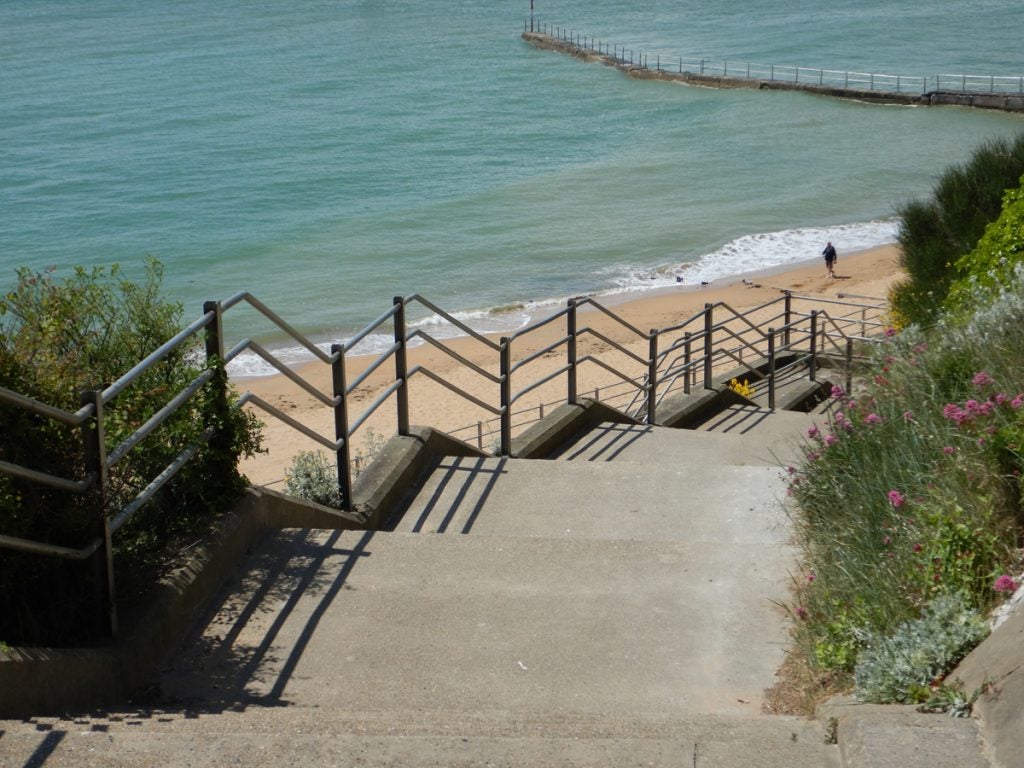 The W300 has a 16-megapixel CMOS sensor that works very well in good lighting conditions: head outside on a sunny day and the resulting JPEGs (there’s no option to shoot in RAW here) will mostly exhibit vibrant colours, sharp detail and very little noise.

We noticed some lack of definition towards the edge of the frame with some photos, which is a little odd, but in general it’s hard to pick holes in the W300’s daytime showing. 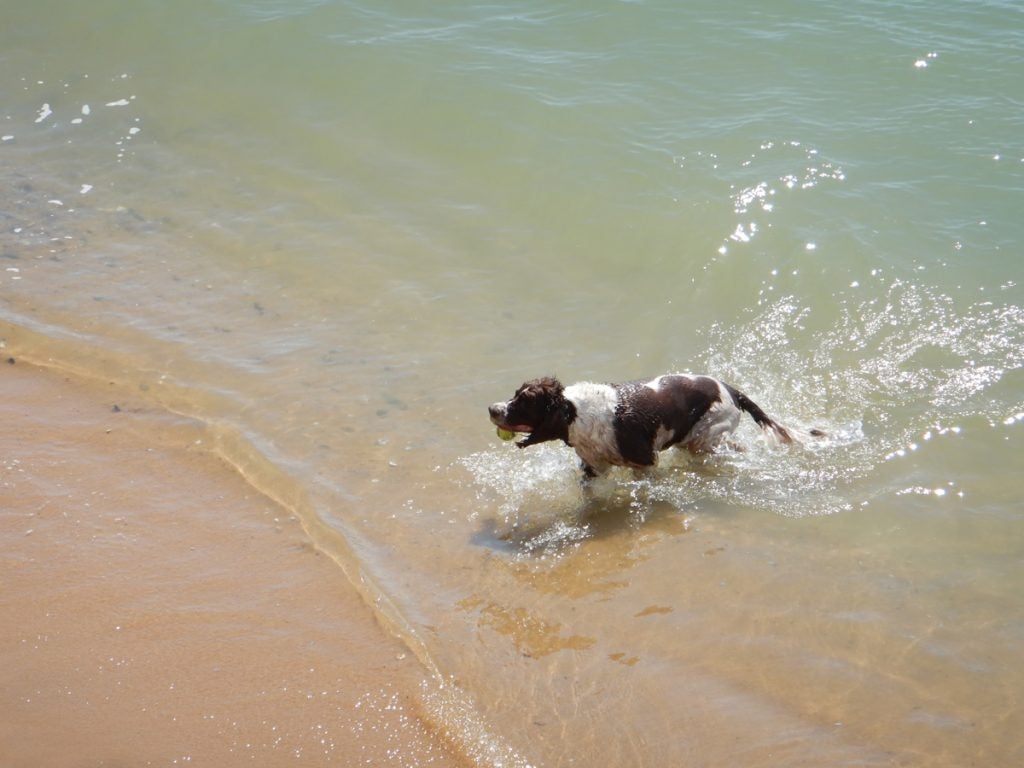 In low light, however, it’s merely okay. Images get noticeably noisy, with detail becoming less distinct as the sensitivity is pushed up and the noise reduction kicks in. The W300’s lens design is also prone to flare from strong light sources, which means you need to be quite careful about where you point it.

4K video recording sounds exciting on paper, but compact cameras – such as smartphones – rarely impress when it comes to the actual footage; the sensors are just too small physically to capture the data cleanly enough, it seems. Ultra HD clips here do look richer and more detailed than Full HD clips, but they’re not as sharp and punchy as we’d like, coming across as fairly muddy in places.

Like the Olympus TG-5, there’s an option to shoot smooth slow-motion footage here. However, unlike the Olympus, you’re limited to doing so at a resolution of just 480p. That makes the option a lot less attractive than the TG-5’s HD slo-mo.

Why buy the Nikon Coolpix W300? 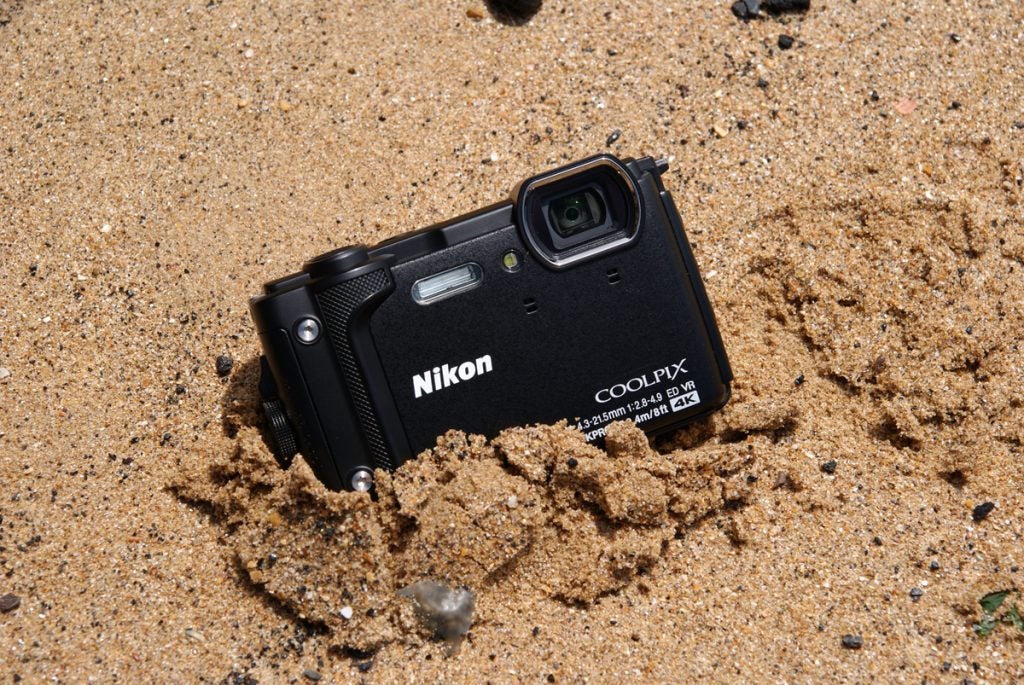 Compare the W300 to the Olympus TG-5 and it doesn’t look particularly appealing. While Nikon’s camera is waterproof to 30 metres (compared to the TG-5’s 15 metres) and its optical zoom has a little more reach (5x as opposed to 4x), in every other aspect the TG-5 is better or roughly the same.

Olympus’ camera is a better low-light performer, offers more stills shooting and video options, shoots in RAW format and simply feels better to use than Nikon’s.

That’s not to say that the W300 is a bad camera – it’s actually a decent all-rounder for a waterproof, shockproof model. It’s just that Olympus has made a similarly tough camera that’s just a little bit better in most of the ways that matter.

Toughly built and a decent performer, but there’s no compelling reason to buy this over the superior Olympus TG-5 – except if you’re a diver, perhaps.