While the previous model in the series – the Nikon P7700 – was an attractive camera with intelligently assigned controls, the same cannot be said about the P7800.

Although there’s no denying that having access to the camera’s core functionality through buttons and controls placed around the body is a good thing, but the controls themselves need to be well-considered in their layout.

If they’re not, the result is a confusing interface that does more harm than good, and unfortunately this is the case with the P7800. 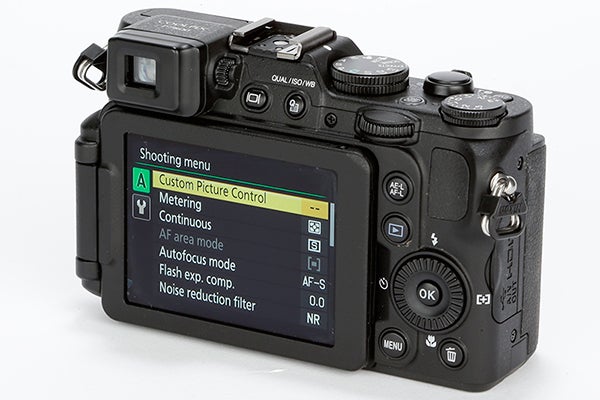 The controls themselves seem to have been placed around the body with little thought as to how they may function, and as such the user experience is fiddly and over-complicated.

There’s also the fact that some of the camera’s functionality can’t be used at the same time – such as high ISO settings at longer shutter speeds – while different restrictions are placed over shutter speeds in different shooting modes, further adding to the confusion.

The P7800 feels somewhat bulky in comparison to its predecessor, owing to the inclusion of the EVF. Although it might be a welcome feature for some more advanced photographers, it feels somewhat bolted on and spoils the overall look of the camera. 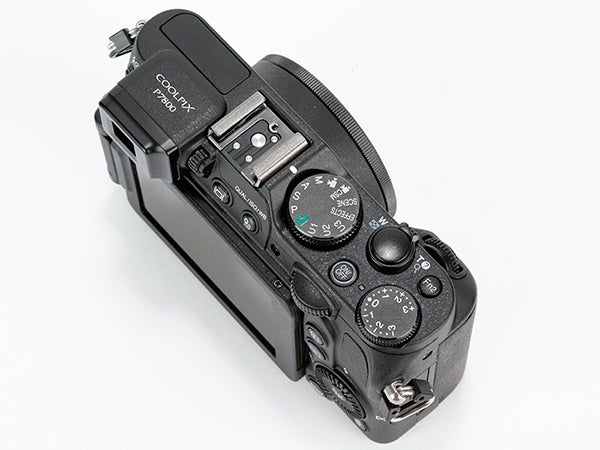 It’s not an entirely negative picture when it comes to the camera’s design, however, as there are certain highlights.

One such plus point is the camera’s build quality. The undeniable bulk, along with a solid metal chassis, give the P7800 the feel of a camera that will take any bumps and bruises in its stride.

The body also benefits from a substantial rubber handgrip and solid control dials, giving the camera an assuring feel in use. 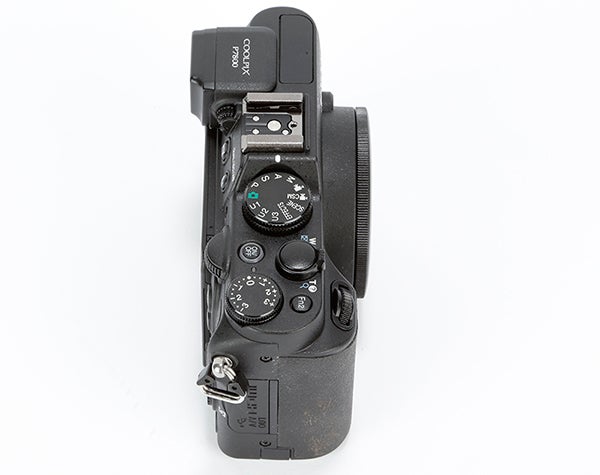 Much like the P7800’s design, the performance is by no means faultess. When you’re considering the camera’s price tag, and in relation to other models available around the same price, these problems are less forgivable.

Most of the performance issues concern the speed of the camera in action, or the relative lack therein.

To begin with, the P7800’s continuous shooting performance is less than impressive. The two headline quoted speeds of 8fps and 4fps are delivered somewhat undercooked, in that they can only shoot six frame bursts and during shooting the rear monitor is blank.

The 1fps shooting mode allows for 30 frames to captured, which although better than the other modes is still somewhat restrictive, while if you choose to shoot Raw JPEG then the P7800 takes around 20 seconds to clear its buffer after shooting just six frames. 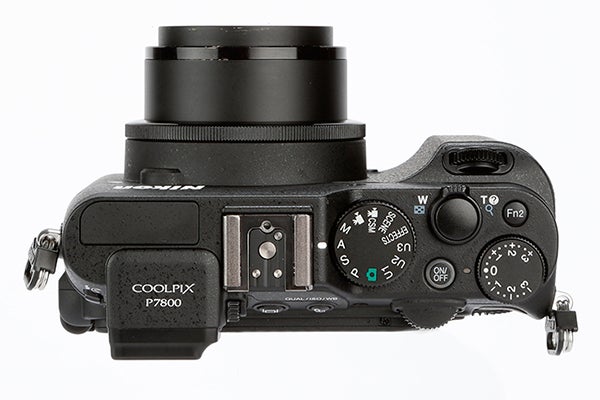 Getting the camera started also takes longer than desired, with it taking nearly three seconds to go from powered off to ready to shoot.

Shot-to-shot speed is also disappointing. During testing we used a fast Class 10 SDHC card and even then when shooting JPEG files, we were presented with a two second wait.

The delay is lengthened if you’re wanting to shoot Raw JPEG, with the shot-to-shot speed deteriorating to around five seconds – this delay is markedly worse than almost all other cameras in its class and it’s sure to result in some missed images.

Finally, although the P7800’s AF performance is by no means terrible it is still noticeably slow, especially in low light conditions and towards the tele end of the zoom.