What is the Nikon KeyMission 360?

But the company hasn’t been quite so tardy with its KeyMission 360 VR camera. Capturing VR-ready video is still relatively new, so there isn’t quite as much competition, nor one dominating brand such as GoPro.

Still, with the Samsung Gear 360, LG 360 Cam, Ricoh Theta S, Insta360 Nano and Kodak Pixpro SP360 4K cameras, to name but a few, Nikon has its work cut out if it wants to enter a burgeoning product category.

Unfortunately, the KeyMission 360 feels like a first-stab product. Niggling issues with its companion app and connectivity are certainly problematic, but the overall design of the KeyMission 360 is flawed, making it a rather fiddly camera with which to capture 360-degree video. 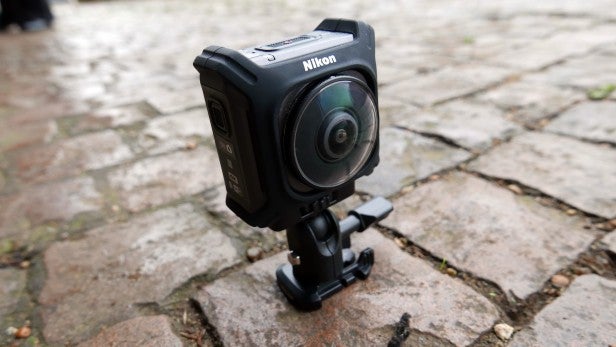 The KeyMission 360’s closest rival is probably the Kodak Pixpro SP360 4K, with both cameras targeting the higher end of the 360 camera market. Where the KeyMission 360 has the distinct edge is that it’s a single-body device, rather than using two separate cameras as seen with the Pixpro SP360 4K’s Dual Pro Pack.

It means far less kit to lug around, and significantly reduced time faffing about trying to mount two separate cameras together. Up against more svelte rivals, the KeyMission 360 is still a reasonably large camera, with two bulbous wide-angle lenses pointed in opposite directions.

The thickness of the camera body puts a decent amount of distance between the two lenses, too, which can cause occasional problems with stitching – I’ll come to those later. 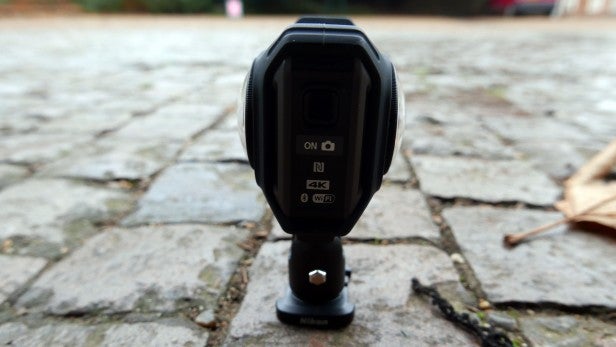 Owing to its action camera capabilities, the KeyMission 360 is waterproof to 30m, shockproof and freezeproof – without the need for external housing. A set of replacement lens covers are included for underwater use, which will improve aquatics-based footage, but these do create dead spots when used. A silicone sleeve is also supplied in the box, to help absorb any drops. 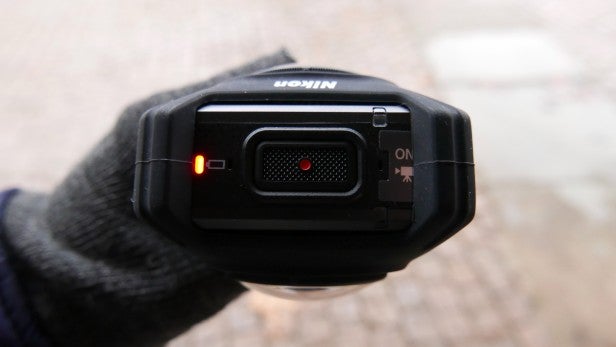 On the top of the camera is a large, rectangular video shutter button, along with a battery-level indicator LED and a pair of LEDs to show when the camera is recording. Along one side is a still image shutter button, and on the opposite side the ports hidden away behind a protective waterproof cover. Here you’ll find a Micro USB port for charging, a Micro HDMI output, a microSD slot and the user-replaceable battery.

To gain access you’ll need to release two clips, which is a little fiddly. Nevertheless, at least you can be reassured that the ports are protected. 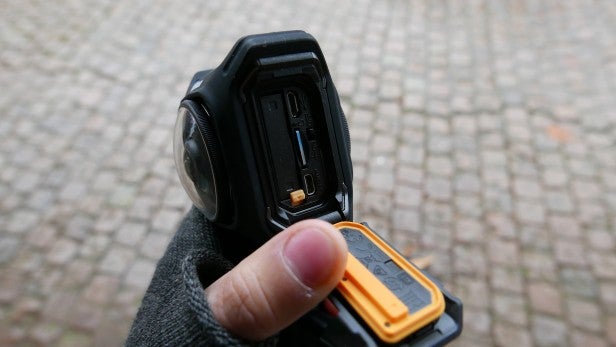 Immediately, problems with the KeyMission 360’s design arise, due to the two shutter buttons I mentioned earlier.

The KeyMission 360 supports one-button operation, which means you can press the shutter button while the camera is turned off and it will spring to life and immediately start recording. It’s a feature of many action cameras, from GoPro to Sony, and one I generally like for being able to capture serendipitous moments.

However, in the case of the KeyMission 360, the shutter buttons have so little resistance and travel that you’re all but guaranteed to press them by accident. I lost count of the number of times the camera turned itself on in my bag, capturing rather uninspiring 360-degree footage from inside, and running the battery down. In the end, I took to removing the battery whenever I threw the camera in a bag, just as a precaution.

Even performing actions such as opening the port connections cover often resulted in me accidentally turning on the camera. It’s incredibly frustrating and there’s no option to turn the function off. 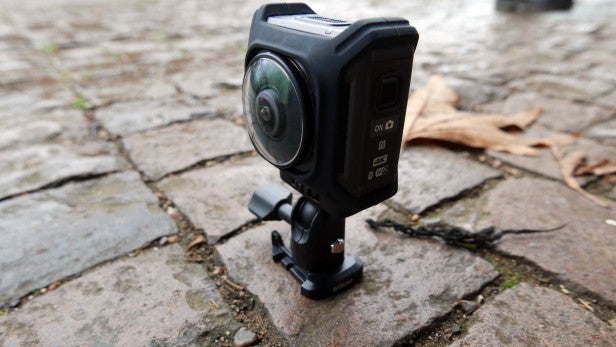 The KeyMission 360 has a standard tripod thread on its base, and a GoPro-style mount adapter is included in the box with some adhesive mounts. The adapter has a ball-head, making angling the cameras easier. I’d have liked to have seen a hand-grip of some variety included, but one can be purchased separately alongside the usual selection of accessories – such as chest mounts.

You can expect around an hour of video recording at the camera’s highest resolution. Annoyingly, since there’s only an indicator LED for battery status, it’s hard to determine how much charge is left. It will turn orange when it’s low, but other than that you’re left in the dark. It is possible to find out how much battery life is left via the companion app, but it’s unreliable.

In addition to this, the camera can become very hot when shooting continuous 4K video – so much so that it will shut off. Charging is also pretty slow, at around two and a half hours using the Micro USB cable.

Next
App and software, video and audio quality & verdict Review