The Nikon D7100 is clearly a very well thought out and put together DSLR. Its new screen is a major plus. It’s not just the larger-than-average 3.2in LCD screen, as well as the 1224k-dot resolution, but bright, vivid colours and outstanding viewing angles. It’s as clear as any DSLR screen going. The viewfinder is just as good, so you always get a clear idea of what you’re shooting and the end result. 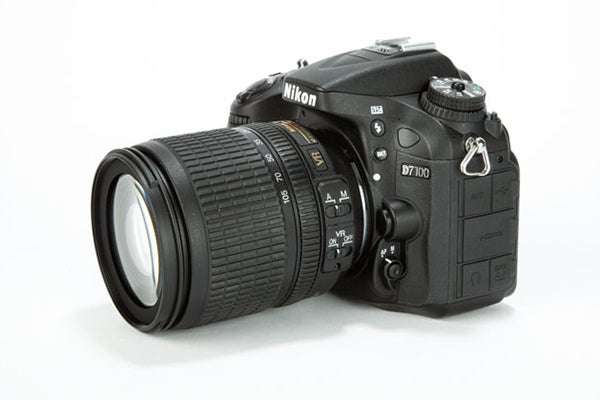 As you’d hope for a DSLR pitched at enthusiast photographers, the D7100 is pleasingly prompt and responsive in use. One flick of the power switch has the camera prepared and ready for image capture in an instant. The only real slowdown comes when shooting to Raw files to the memory card – a single image is no problem, but if you go to shoot a second file there is a slight delay before it’s displayed on the screen.

It’s also worth noting that the D7100 has a slightly limiting Raw burst depth of just six frames, despite having a Raw burst speed of 6fps. This means you’ll encounter slowdown when shooting a burst of images in just a second, and while you should be able to capture the image you need in that period, it’s far from desirable.

But there is a workaround to achieve longer burst depths – select the lossy 12bit capture mode as opposed to the 14bit lossless mode, the depth can be extended to nine frames. There’s a workaround when it comes to speed, as well – if you’re happy to work in a 1.3x crop mode you’ll be able to manage a burst speed of 7fps. 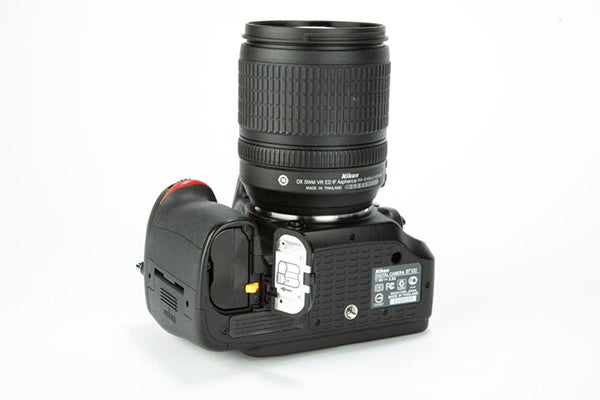 The Nikon D7100 is available as a body only option. Should you wish to purchase the camera as a kit you’ll scoop the AF-S DX Nikkor 18-105mm F/3.5-5.6G ED VR. This lens offers near silent focusing, which is pleasing, while vibration reduction system is also visibly effective.

As you’d expect from a Nikon DSLR, and especially a Nikon DSLR aimed towards the enthusiast photographer, the D7100 generally takes great photos. It produces accurate and lifelike colours – the Auto White balance System rarely struggles. The only situation in which it does is in scenes little colour in them. It is, however, easy to avoid the cooler results in these situations by selecting the Auto2 AWB mode provided by Nikon which offers warmer results as standard.

Exposures are very good, too. The Nikon D7100 copes with almost all shooting situations with aplomb, and when it does appear to struggle the Active D-Lighting manages shadows just fine.

The high-resolution sensor and absence of any anti-aliasing filter means that the Nikon D7100 resolves an impressive level of detail. Technical testing revealed that at ISO 100 the level of detail resolved is on a par with the full-frame Sony Cyber-shot RX1 – no small feat.

Unfortunately, the story isn’t as good as when it comes to image noise – although this is affected by a number of factors, gritty texture can be seen at settings as low as ISO 400 in most scenes. Although this can be managed, it does rob the scenes of fine detail.

There’s no denying that the D7100 is an incredibly well-rounded DSLR with one of the most complete enthusiast DSLR feature-sets we’ve seen to date. The lack of an anti-aliasing filter gives images a pleasing crispness, while metering and White Balance systems are also difficult to fault.

Despite all of this, there are faults. Most noticeably, the high saturation of pixels on the sensor means that images are nosier at lower ISO settings then one would hope. The burst mode is disappointing, too.