Following on from Nikon’s professional models at the end of last year, February saw the arrival of a new entry-level model in the form of the Nikon D60. The 16th DSLR to come from Nikon, the D60 is pitched at newcomers to digital SLRs and sits in the Nikon range between the D40x and D80.


The D60 is available in a kit with a Nikon standard 18-55mm zoom lens for £499.99, or with a newly developed 18-55mm VR (Vibration Reduction) lens for £539.99. Personally, I would opt for this set up, as unlike cameras from Pentax, Olympus and Sony, for example, Nikon doesn’t provide in-camera image stabilisation. 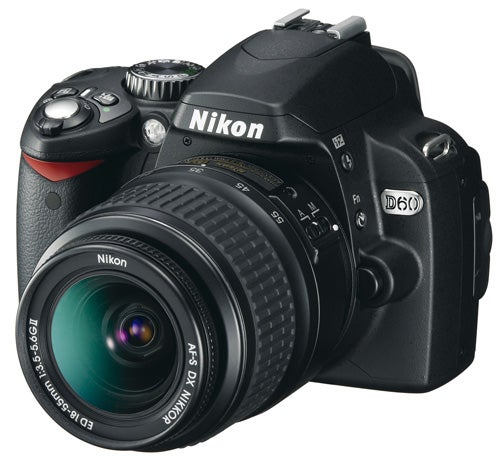 Featuring the same 10.2MP CCD sensor as the D40x, at first glance there doesn’t seem much difference between the two, but a close look reveals a host of new technology beneath the bonnet.


Nikon has taken the Expeed processor from the D3 and D300 models and put it at the heart of the D60, promising improved tonality and colour rendition, as well as allowing some post processing features, which we’ll talk about later.

Another new addition is the dust reduction system which features the Image Sensor Cleaning System to reduce dust on the sensor via vibrations, along with the new Airflow Control System which passes air from the mirror box to small ducts in the camera base to clear dust away from the sensor. 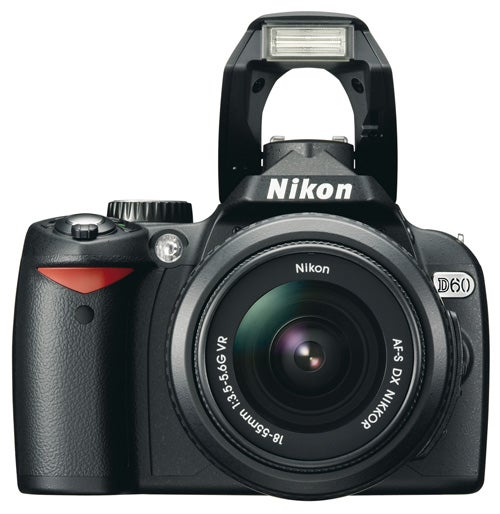 Technology from the pro models also to be inherited by the D60 includes Active D-Lighting, a more advanced version of the older D-Lighting function found on older models. The new version can be applied before taking the image or afterwards in-camera to preserve details in particularly difficult lighting conditions. Examples of this would be when a subject is backlit against a bright sky, or when there is an extreme of dark and light when the details may get lost.

Like the D40x the, auto focus on the D60 uses the Multi-CAM 530 AF module, which offers three AF points and utilises the lens AF motors, rather than a camera body AF drive. This limits the lenses you can use, with only AF-S and AF-I lenses offering full compatibility. Other Nikon F-Mount lenses can be used but will lose some functionality and only work in manual focus mode. 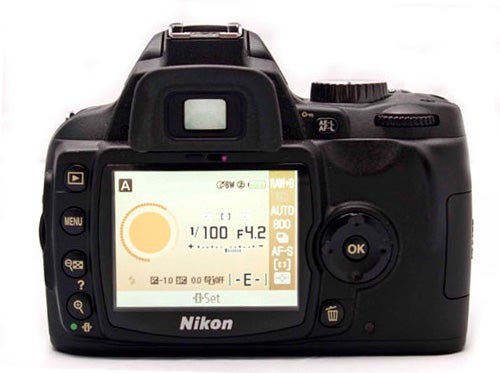 The camera’s exposure system uses the same 3D Colour Matrix Metering II, as used on the professional models. This can be used for most general-purpose photography, while trickier shots may benefit from the centre-weighted or spot metering options also available.

In terms of exposure modes, the camera offers the standard Manual, Aperture Priority AE and Shutter Priority AE and Program modes. This is all backed up with an Auto mode and a collection of scene modes.


Images are recorded as JPEG or Raw files, with a choice of quality settings, as well as a Raw+JPEG option, with the JPEG saved in the Basic setting. The camera offers a continuous drive mode with a burst of 3fps, over 100 JPEGs, which is impressive considering the 10MP sensor and subsequent larger file sizes that have to be transferred from camera to card. 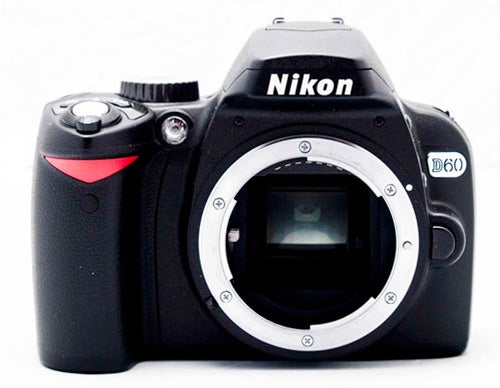 Nikon has taken a new approach to the camera’s interface. Gone is the grey LCD on the top plate. Instead shooting information is displayed on the 2.5″ LCD on the camera back. This new screen has a clear new font and features a diagram of the aperture, which reduces or enlarges depending on the f-stop chosen. I think this is a nifty feature and great for educating people about a basic photographic function.


The interface can also be customised to your own tastes, either using the Nikon wallpapers supplied, or you can set one of your own images as a background. To preserve battery power, and also to eliminate annoying glare, the LCD switches off when your eye is at the viewfinder, courtesy of a proximity sensor below the viewfinder.

Speaking of the battery, the camera has a new long life rechargeable Lithium Ion battery, which Nikon claims offer approximately 500 shots before needing recharging. I certainly found this estimate to be reliable, and managed more shots, though high flash use would reduce this figure. 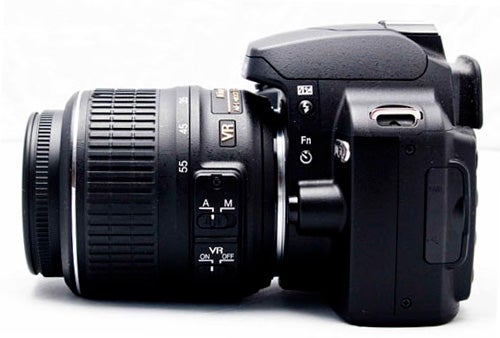 A host of in-camera editing facilities are included in the D60s menu system, including in-camera Raw processing. Chosen Raw images can be adjusted via the LCD screen and navigation pad, either colour, or some special effects, Active D-Lighting and so on can be added, with the resulting image saved as a new JPEG file, leaving your original intact. This image can then be printed direct from the camera for example or quickly emailed without the need to open a PC based Raw conversion application.


The D60 is small but perfectly formed, sitting comfortably in the hand and offering a pleasant and easy user experience. The buttons are minimal, leaving little for newbies to worry about, while more advanced controls are situated in the menus. For more experienced photographers who make a lot of changes as they shoot this can be quite annoying, and my preference is for lots of buttons on the outside of the camera. However this can be intimidating to the newcomer, so it makes sense to keep the camera as simple as possible. 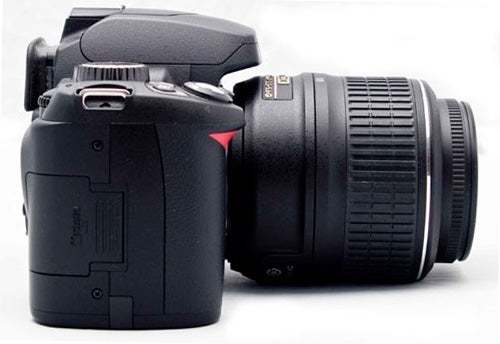 One area of concern though is the AF performance; the lens based AF drive is slower than dual systems and at times the auto focus hunted rather slowly before locking onto the subject. This is particularly frustrating when shooting fast moving subjects such as sports, especially when combined with continuous shooting, when the AF can easily lose the subject, resulting in fewer successful sequential images. It may be an entry-level model, but other cameras, such as the Canon EOS 400D have more AF points and faster focussing.


The interface is fun to use and play with and nice and bright, though the LCD could be bigger, 2.5″ is quite small by 2008 standards, but I suppose it keeps the camera small.

The camera turns on quickly, following a burst of the sensor cleaner, it’s ready to go within a second (Nikon quotes 019sec) and the shutter release button is very responsive. In auto mode and program, the camera will do everything for you. In the PASM modes, a rear command dial lets you change the settings easily. 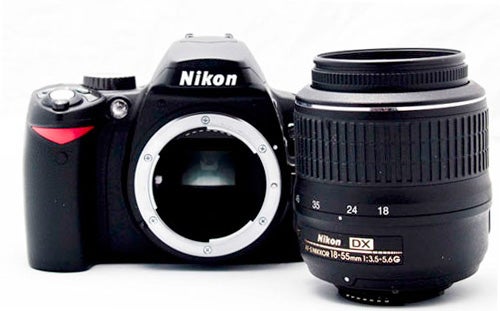 Other than the new shooting info screen, the menus follow Nikon’s traditional path over a series of easy to follow sub-menus and a variety of customisable functions let you set up the camera to the way you want it, be it operational controls or image settings. This is the beauty of entry-level cameras, they can be used straight from the box and many people will keep it that way, while those with more experience, ior those that wish to progress can do.


Pictures from the D60 impress, with a lovely smooth tonality and crisp punchy colours. Contrast is generally good, while the Active D-Lighting quickly takes care of those that need a little help to achieve their best. Exposures are generally good, though occasionally the camera underexposes by a quarter to half a stop, especially if there’s a lot of brightness in the image such as a bright sky. This can easily be monitored if you use the histogram function in playback to check your shots, while shooting in Raw format easily lets you correct them without sacrificing quality. 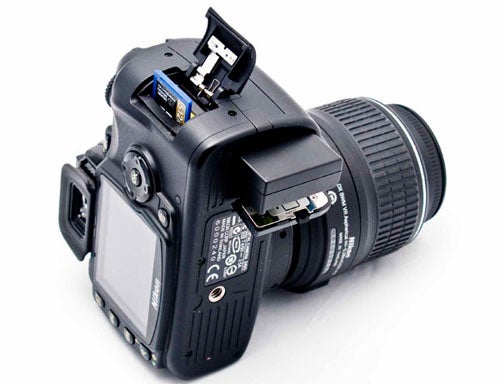 A particularly impressive aspect is the cameras noise control at high sensitivity, with a top ISO of ISO3200 the camera is good for low light, and noise even at this level is well controlled, especially considering the normally gritty look that is common to CCD sensors rather than CMOS. This is down to the Expeed processor, which does such a good job on the D300 and D3.

I can’t say this is my favourite of Nikon’s cameras, the auto focus in particular is lacklustre, and there are a few niggles, such as the odd patch of underexposure. Overall though it’s a good entry level model, which is easy and straightforward to use, with plenty more features under the hood to progress and improve your photography. 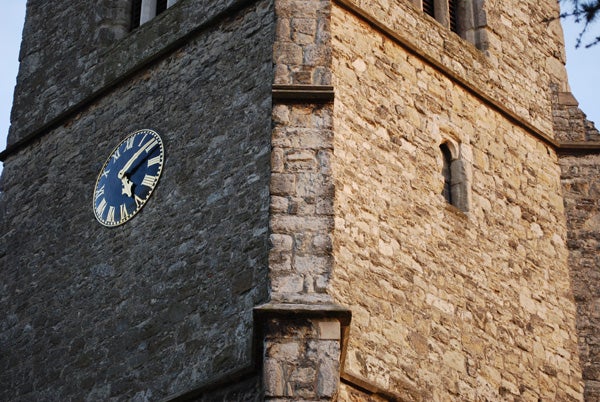 This is the full frame at 100 ISO, the minimum setting. 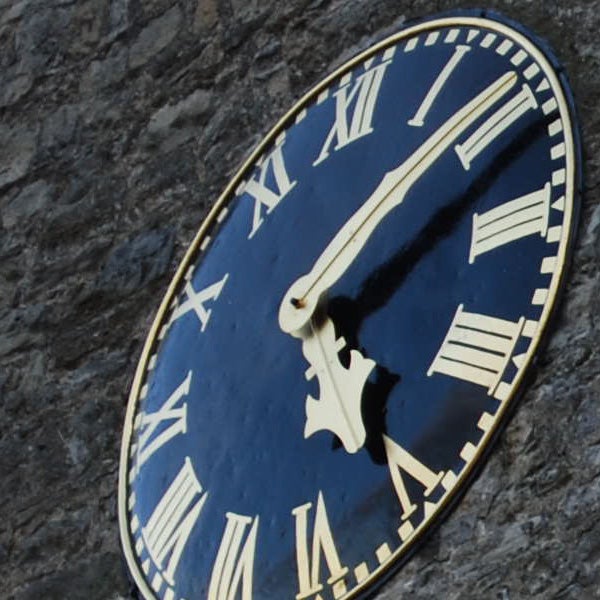 At the minimum ISO setting the image is sharp and clean, with no visible noise. 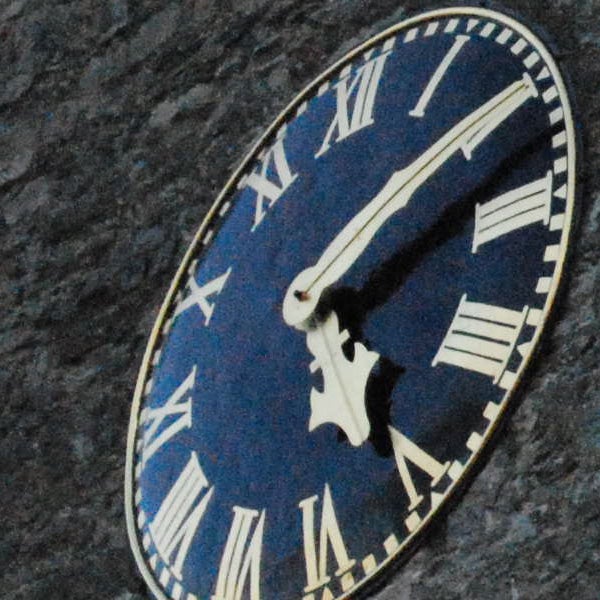 At the maximum 1600 ISO there is plenty of visible noise, but overall contrast and colour balance is still quite acceptable. 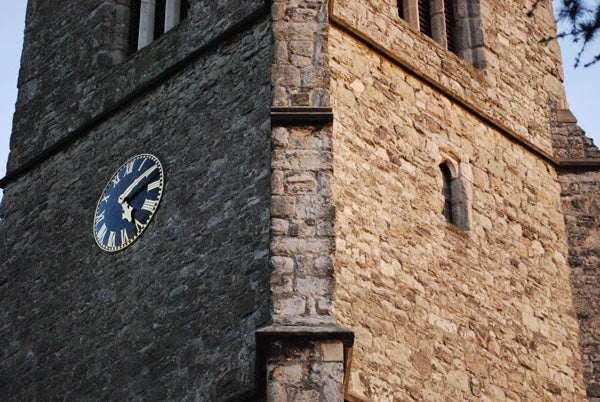 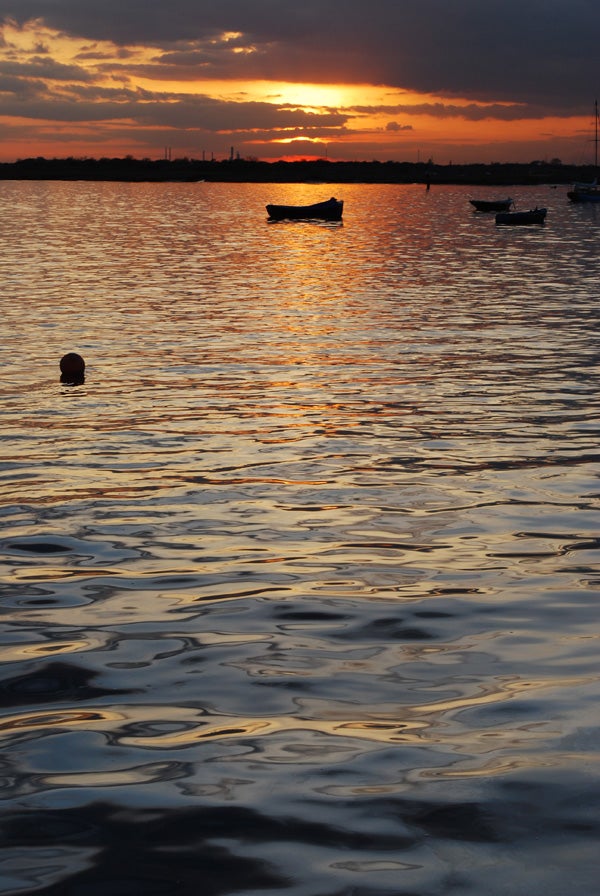 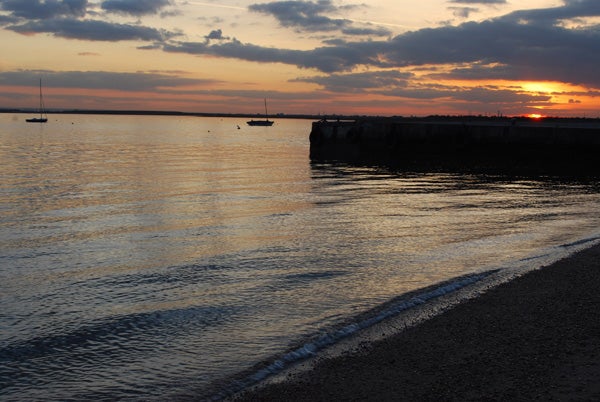 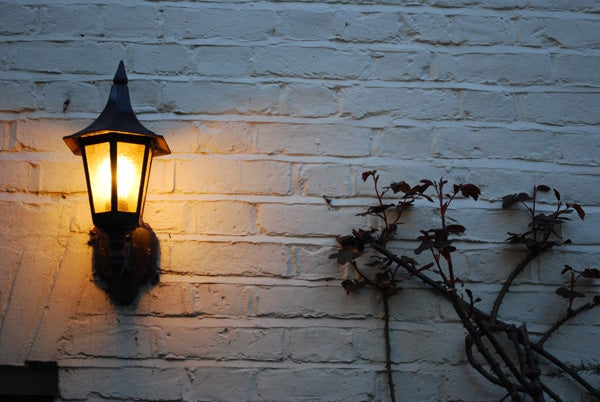 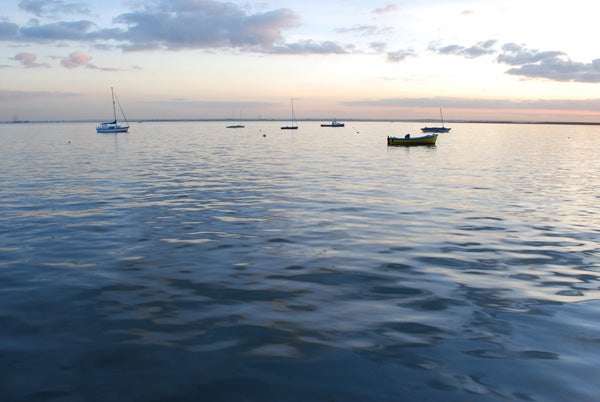 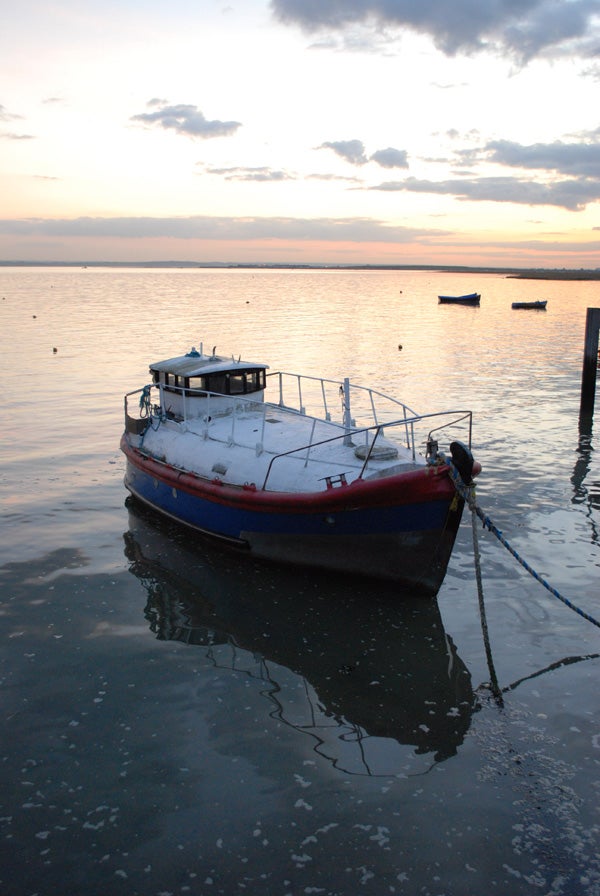 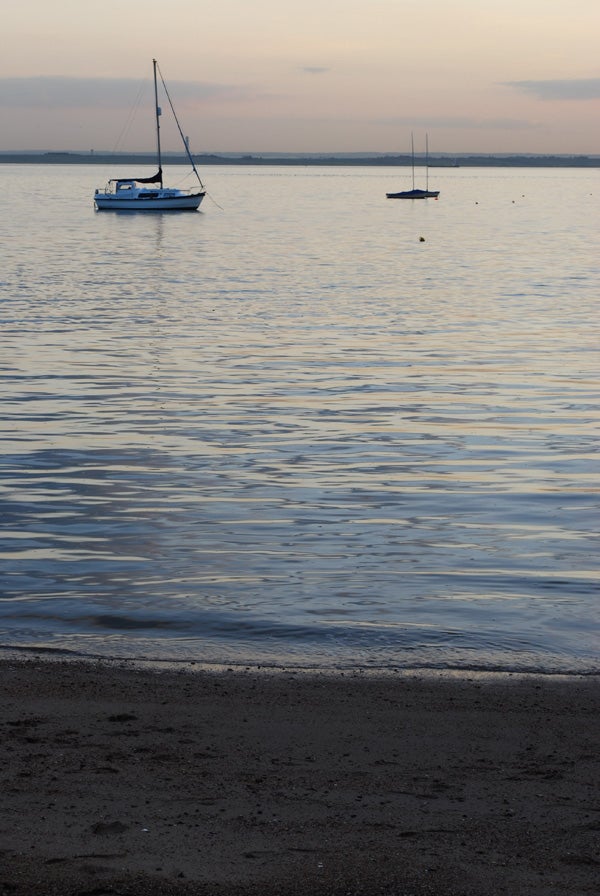