On the whole the D5300 continues the design trend of the D5000 series, being slightly larger than the standard entry-level models yet smaller than the D7100, for example. It’s not a total doppelganger for its predecessor, however, as the D5300 feels slightly more compact than the D5200 thanks to a more angular body.

Thanks to the fact that the D5300 has a larger screen than the D5200 there’s less real estate on the back of the camera. As a result the buttons below the screen are a touch smaller than before, but this isn’t to the great detriment of the feel of the camera.

In fact, Nikon has repositioned both the d-pad controls and the playback button to incorporate a new larger thumb rest, and as a result the camera actually handles better than before. 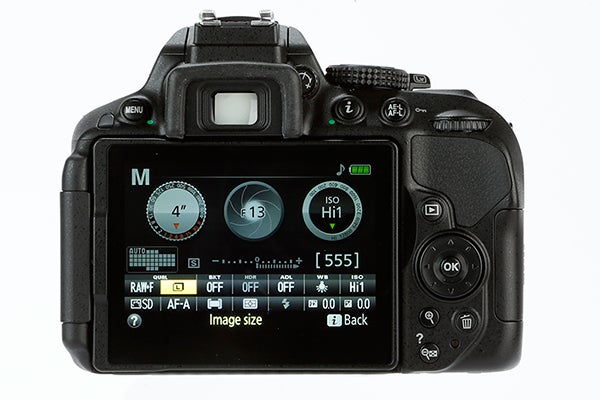 One feature that was absent on the D5200 and is still missing from the D5300 is a secondary command dial. Although more high-end Nikon models have this feature as standard, it’s possible that space constraints have led to its omission on the D5000 series to date.

As a result, if you want to change secondary shooting controls, such as aperture in manual mode, you’ll have to make do with a combination of the exposure compensation button and the rear scroll dial.

Although this isn’t the most difficult combination, it would be much better if you had a secondary command dial and this is a feature that several competing models boast.

The D5300 feels solid in the hand thanks to good build quality, and despite not feeling any less robust than its predecessor it’s some 20g lighter. 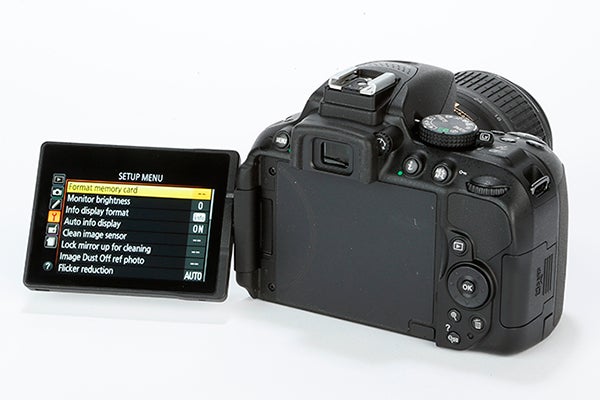 The general level of performance, as you’d expect from a camera that inherits a lot of its functionality and specification from the Nikon D5200, is impressive.

The focus system offers a good number of AF points which themselves offer a good range of coverage across the frame, something which can’t always be said of competing DSLRs.

This level of coverage results in some impressive focusing speeds, although there is a slight tendency to slow in low lighting conditions. That being said, the 3D-tracking mode is a highlight, managing to maintain sharp images throughout a continuous burst of images.

One area in which AF performance is a touch disappointing is if you’re shooting in Live View. Owing to the fact that the D5300 relies upon contrast detect AF for live view, and thus has to flip the mirror out of the way to lock focus, the whole process is sluggish and somewhat disappointing. 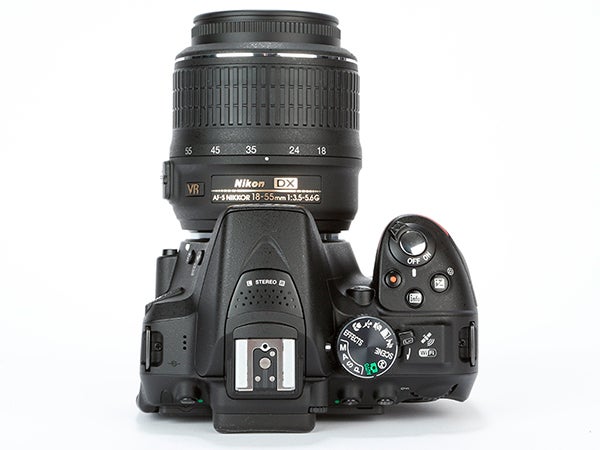 In terms of shot-to-shot speed the D5300 delivers exactly the same level of performance as seen on the camera’s predecessor. The claimed maximum burst rate of 5fps can be achieved for an unlimited number of frames if you’re shooting just JPEG files, although if you choose to shoot Raw JPEG the burst depth is limited to six frames. The shot-to-shot delay is negligible in regular shooting, with the D5300 proving to be a fairly swift operator, in general.

It’s certainly welcome that Nikon has installed Wi-Fi connectivity to the D5300, doing away with the need to buy a mobile adapter that costs around £50. The Wi-Fi system, and accompanying app, is very well suited to reviewing and transferring images already captured on the camera. When reviewing images you’re given the option to store them to your device, as well as an option of different sizes at which you can save them.

Unfortunately, the wireless camera control aspect of the app is something of a letdown. Unlike some other manufacturer apps, the Nikon Wireless Mobile Utility app doesn’t allow for camera settings to be altered. Instead you have to with controlling autofocus and the shutter release, although for the rest of the functionality you have to physically adjust the camera.