Apart from a few minor changes the D5200’s body remains unchanged from the D5100. Comparing the two cameras side by side, we were somewhat surprised to find that the D5200 is 45g heavier than its predecessor, despite the dimensions being almost identical. That said it’s not as weighty as the D7000. While the handgrip is comfortable enough, those with larger hands may find that it isn’t quite big enough to accommodate their little finger, which will instead be relegated to the underside of the battery compartment. This isn’t necessarily all that much of a problem, however it is something to be aware of. 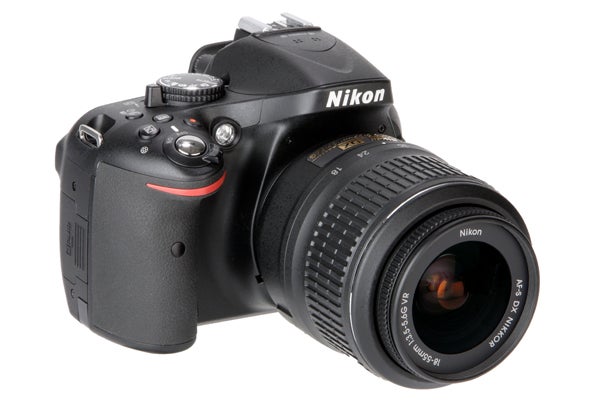 In terms of button arrangement little has changed from the D5100, with the D5200 offering a good selection of buttons neatly distributed on the top-plate and back of the camera. Unlike more advanced Nikon DSLRs higher up the range, the D5200 doesn’t have a top-plate LCD display on the right-hand shoulder, with that space instead given over to the mode dial. Poking out from the right-hand side of this mode dial is a toggle-type switch that’s used to switch the camera into Live View mode. While we found this offers an intuitive way of switching between the optical viewfinder and Live View, some may prefer the more traditional standalone button.

There is one new button on the D4200, located to the right of the Live View switch that offers access to continuous shooting and self-timer settings. Given that the D5200 doesn’t have a dedicated ISO button, we would have preferred this to access sensitivity settings instead. There is a Function (Fn) button next to the pop up flash that can be assigned to ISO though, or alternatively you can always use the graphic user interface (GUI) instead.  On the subject of the GUI, we found that the redesigned dark guise makes the dials and settings clearer to read. Overall it’s a very good looking interface, and Nikon has certainly paid close attention to the small details – the graphic that displays aperture even mimics the lens blades opening and closing in relation to the aperture you set. 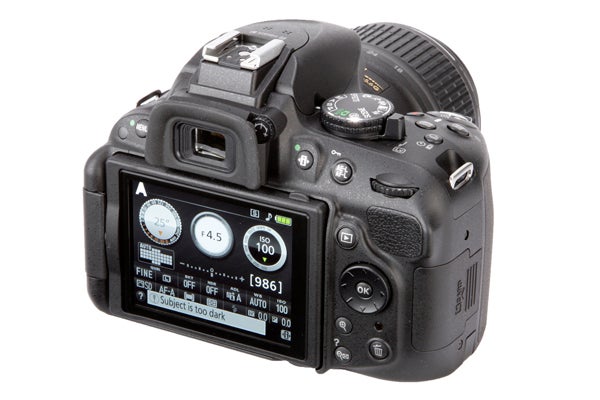 On the back of the camera is evidence of further refinement with the D-pad benefiting from a more solid, less plasticky construction than the equivalent four-way control on the D5100. As with most DSLRs at this price point, there’s only one command dial, which means you’ll need to hold down the EV compensation button when you want to switch between shutter speed and aperture in Manual exposure mode. This does slow the overall handling down somewhat, particularly if you’ve used a DSLR with twin command dials in the past. One welcome bit of news for anyone upgrading from the D3100, D3200 or D5100 is that the D5200 uses the same EN-EL14 battery and accepts all types of SD card.

Testing our review sample with a variety of DX lenses, including a professional-grade telephoto zoom, we were pleased to discover that the D5200’s 39-point AF system performs admirably and manages to do a good job of following fast-moving subjects when the 3D tracking mode is deployed. While the 18-55mm kit lens is perfectly adequate for beginners, it’s certainly not the fastest lens in Nikon’s optical catalogue. To get a taste of what the D5200 is really capable of, it ideally needs to be paired with better glass. 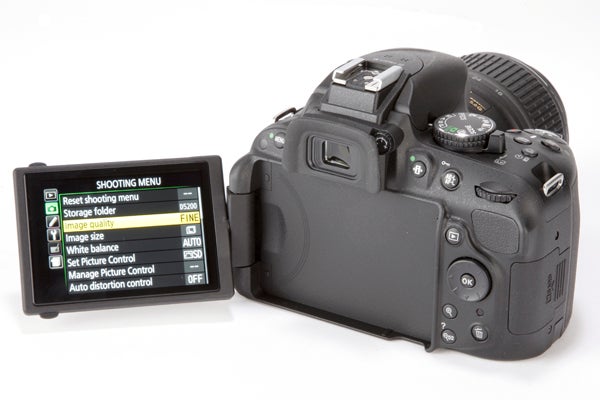 AF-point coverage across the frame is one of the most extensive we’ve yet seen in a DSLR of this type and price, and there’s rarely a time when there isn’t an AF point available to cover your subject. It’s a similar story in Live View, with the ability to position the active AF-point pretty much anywhere on the screen – even on the far edges and corners of the frame. Our only gripe is that it takes quite a long time to move the active AF-point around; moving it from the bottom right to the top left of the frame for example, takes around 6-7seconds by which time you might have missed the photo opportunity altogether. It is possible to centralise the AF point by pressing the OK button in the middle of the D-pad, but otherwise it just feels too slow. As is usually the case the contrast-detect AF method that’s employed when the camera is being used in Live View is noticeably slower than the phase-detection AF method that’s employed when focusing through the viewfinder. Despite its slower speed though Live View AF does produce consistently sharp results.

While there has been some discussion online regarding the tendency of early D5200 models to produce slightly soft images when used through the viewfinder (allegedly as a result of the internal mirror ‘shaking’ the sensor when it flips up), we have to report that we experienced no such issue during our test period. Indeed, our only other gripe with the D5200’s AF system (in addition to the slow movement of AF-points) is that the 18-55mm kit lens has a tendency to hunt and whir – something that the D5200’s built-in microphones are prone to picking up while shooting video. 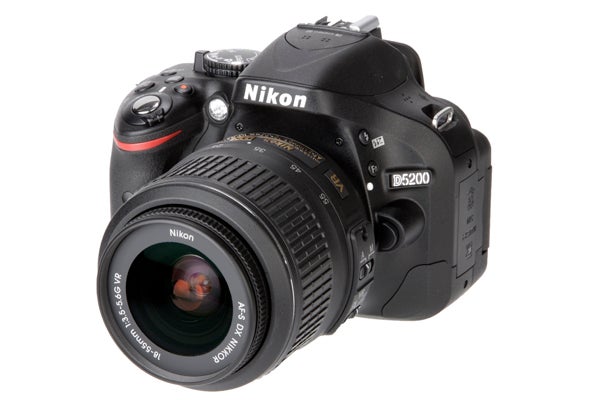 Loading our review sample with a SanDisk Extreme Pro (Class 10) SD card, we were able to capture six consecutive full-resolution frames at 5fps while shooting simultaneous Raw JPEG, after which the camera ground to a halt for six seconds while the buffer cleared. Switching to Fine JPEG at full resolution we were able to shoot continuously at 5fps with no upper limit to the number of consecutive shots we could take. Given the large individual files produced by shooting at 24MP, this is undoubtedly impressive performance by consumer DSLR standards.

The D5200’s 3in, 921k-dot vari-angle LCD display is both clear and sharp and can be variously angled and rotated to suit just about any shooting angle. While 921k-dots isn’t quite as impressive as some of the D5200’s closest rivals (Canon’s 650D boasts a 1040k-dot screen), it’s still perfectly good for composing images in Live View and assessing image sharpness in Playback mode. 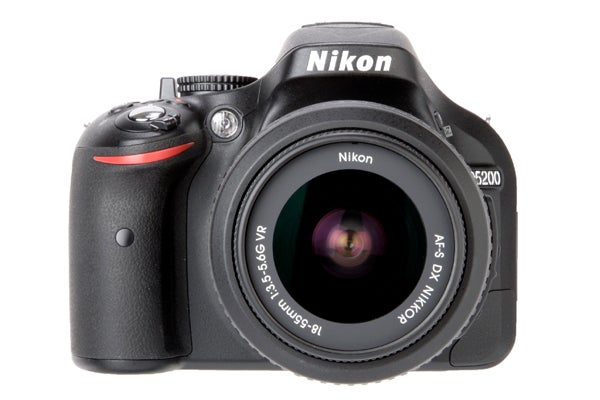