The D3300’s controls reflect its position as an entry-level DSLR. The emphasis is on simplicity, with a minimum of dials and buttons. As we’ve seen before on many a Nikon camera, menu and playback buttons are to the left of the LCD screen and menu-navigating controls are on the right. It’s all as quick and intuitive as it has been on previous models: no complaints here.

There are a few direct-access buttons for settings but not very many. The top plate houses an exposure compensation control, situated next to the shutter release, and a button on the front can be customised to control a preferred function (it defaults to ISO sensitivity). There’s also a button to control flash settings. All other image settings are accessed through the menus on the rear display. 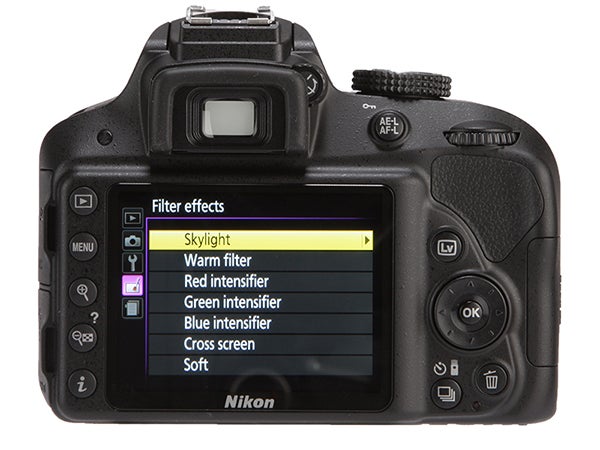 Given that this is an entry-level camera, there are a couple of little additions to help beginners along. A nice one is the ‘?’ function on each of the settings, which can be toggled to provide a quick explanation of what the setting is and what it does. Simple and clever.

In terms of dimensions, the body of the Nikon D3300 is different to the D3200, albeit in a technical, rather academic sense. It’s just 1mm thinner than its predecessor, 1mm shallower, a whole 2mm taller, and its weight is reduced by 25g. Where the real difference in size comes is in the aforementioned new kit lens, which has a collapsible design reminiscent of Nikon’s 1-system lenses.

This hasn’t reduced the weight by any noticeable degree, but it has reduced the size; Nikon claims the new lens is 30 per cent smaller and 25 per cent lighter than its predecessor. Bringing the overall kit of the D3300 down in size is a very smart move, and may sway those who are thinking about plumping for a compact or compact system camera. 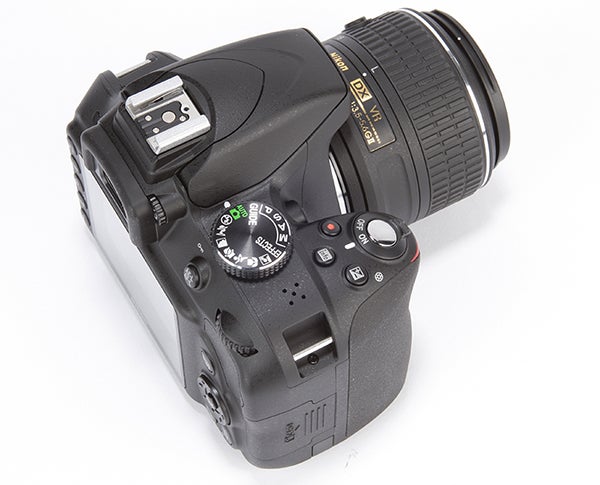 Most of the D3000 series has used Nikon’s Multi-CAM 1000 11-point autofocus system, and the D3300 sees no reason to rock that boat. You could argue that 11 AF point is a little stingy these days, and you’d be right, but in truth we had few complaints about the D3300’s AF. It worked very well in bright light and while its speed wasn’t blinding it was fast enough for us.

In low light, however, it did start to struggle a little. The focal points generally fell on the part of the scene we wanted them to. It was only when we were shooting landscapes and wanted focal points on the edge of the frame that we felt we had to take over and manually focus. This, unfortunately, was a little disappointing. The new kit lens isn’t much for manual focusing; the ring is small and fiddly to use. If you’re a photographer who prefers to manually focus, you’d be better off with a different lens. 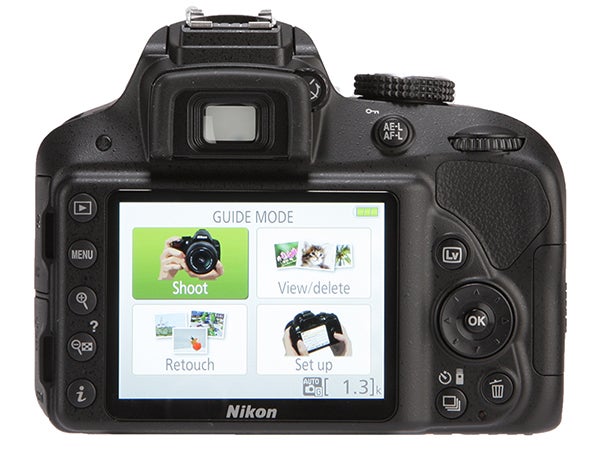 Otherwise, though, the kit lens performs really well. It’s centre sharpness is excellent, surprisingly so. There’s a little expected drop-off in sharpness around the edges, but it’s well within expected parameters and is still well above the performance of most kit lenses.

The LCD screen is the same as we saw on the D3200 – 921k dots and 3 inches. It was great on that camera and it’s fine on this one, bright, clear and with a pleasing level of contrast. The viewfinder for the D3300 has been spruced up a little, with an improved 0.85x magnification image. It’s bright, punchy and clear and did help me compensate for the aforementioned difficulty with manual focusing – having the focus indicator lighting up in the viewfinder to judge when my manual focusing was correct was a nice touch, and it will certainly help beginners looking to get to grips with manual focus. 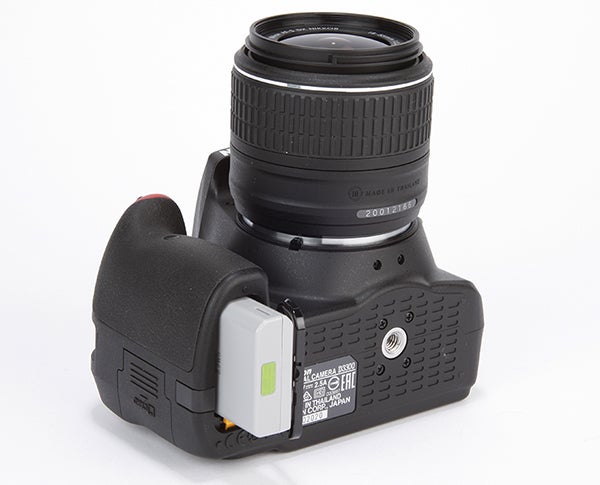 Videographers will get a surprisingly good deal out of the D3300, especially given its status as an entry-level DSLR. It’s capable of capturing 1,920 x 1,080 progressive footage at up to 60fps, and Nikon have thoughtfully included an HDMI output for quick playback. While the D3300 has a built-in mic, the inclusion of a 3.5mm microphone input will be welcome for those who want to record audio in stereo rather than mono.