It’s odd to think how quickly camera technology can pass from the realm of the pro to the amateur, from cutting-edge to passé. Once upon a time we were all astounded by the 24.5MP resolution of the Nikon D3X, a camera designed for professional photographers who were willing to spend £4200 on their gear. Four years later and some people might reasonably be disappointed that the entry-level £500 Nikon D3300 ‘only’ carries the same 24.2MP resolution as its direct predecessor the D3200. How things change.

Despite the identical resolutions of the Nikon D3300 and D3200, there is one very important difference that impacts image quality. For the D3300, Nikon has removed the optical anti-aliasing filter. This is a filter installed in digital cameras to reduce occurrences of optical aberrations such as moiré patterning – unwanted artifacts appearing on images that feature repetitive detail patterns. While anti-aliasing filters reduce this effect, the cost is a loss in sharpness. Recently it has become a trendy move for camera manufacturers to remove the filters entirely in favour of optimal sharpness, relying on big megapixel counts to cope with any moiré-causing patterns.

The effect for a camera like the D3300 is that its high-resolution sensor is now able to capture every possible detail, putting it in the same league with more advanced (and more expensive) cameras. And with that, things get more interesting.

ROUND-UP: 10 Best Cameras You Can Buy 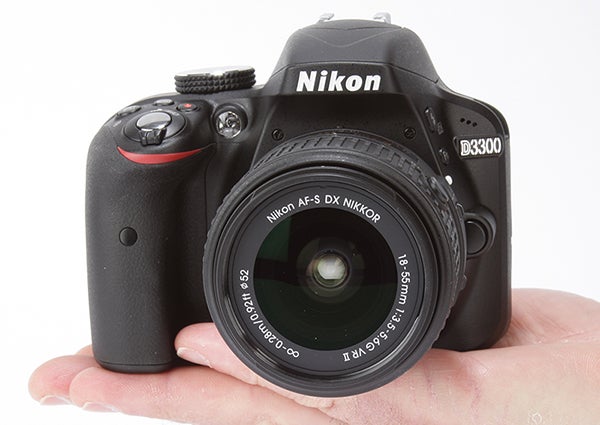 The resolution may be the same as the D3200, but the D3300 has plenty of other improvements under the bonnet. Chief among these is the new Expeed 4 image-processing engine. Nikon’s fastest processor yet, it improves the D3300’s ISO sensitivity to an impressive maximum of 25,600 and its shooting rate to 5fps – not top of the league but very impressive for an entry-level camera. There are also a few new automatic flash modes, including an option for fill flash.

It’s worth noting that there is plenty that remains the same from the previous model in the series. You’ve got an 11-point AF system, a 3-inch 921k-dot rear screen and a 420 pixel RGB sensor metering system, all things that D3200 users will find thoroughly familiar. The D3300 shoots images in JPEG and 12-bit Raw formats, and is capable of saving them to SD, SDHC or SDXC memory cards. 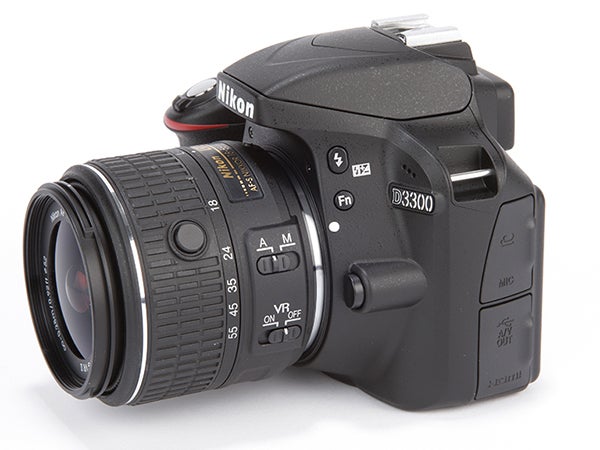 The D3300 also carries one big absence over from its predecessor: built-in Wi-Fi. While Nikon (finally) introduced built-in wi-fi with the D5300, the technology did not carry over to the D3300, which still relies on the separately available WU-1a adapter. It’s not a huge annoyance, just be aware that you’ll have to shell out an extra £40 or so if you want to use Wi-Fi on your D3300.

Elsewhere there are a number of other optional extras on the D3300. You can attach the Nikon GP-1 module to a socket on the side of the camera in order to geotag images. There are also a number of additional shooting modes: a Rangefinder Mode (finding which requires a little digging into the menus); Mirror Lock-Up, though only for sensor cleaning, not for shooting; Easy Panorama, which automatically stitches several images together; and Effects Mode, with visual filters such as high-key and Selective Colour. 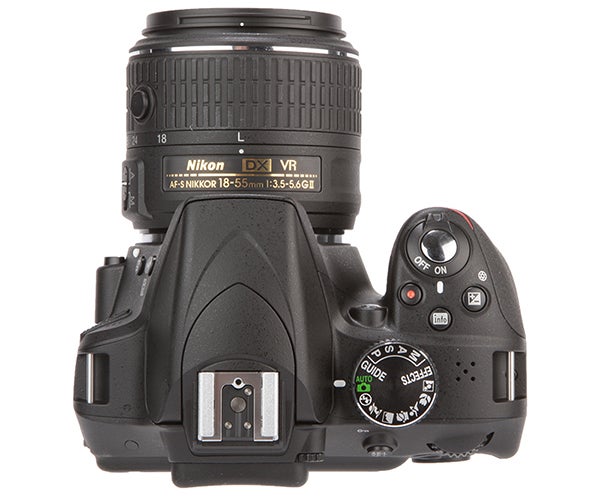 To pair with the D3300, Nikon unveiled a new retractable kit lens, the F-S DX NIKKOR 18-55mm f/3.5-5.6G VR II lens, an impressively sharp number with a minimum focus distance of 25cm (when manually focusing; 28cm with AF).  As the camera lacks a built-in AF motor it requires AF-S lenses in order to be able to autofocus.