In futurist literature there is a rather silly concept called the “singularity”, and people who write about such things for a living are terribly excited by it. The idea is that the pace of technological innovation is accelerating at such a rate that we will soon arrive at a point where advances as great as the invention of powered flight, the atom bomb or semiconductor electronics are happening every few seconds, at which point presumably we all disappear in a puff of glowing blue smoke and ascend to some sort of technological Nirvana, where we can sit and play with our mobile phones and digital watches for the rest of eternity. 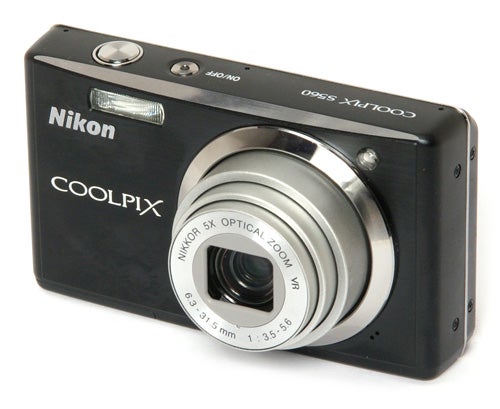 While I can’t think of many things I’d enjoy less, it looks like Nikon has wholeheartedly embraced the notion, because just four months after reviewing the CoolPix S550, I have before me its successor, the unsurprisingly named S560. Like the S550, this brand new model is a 10-megapixel ultra-compact with a 5x zoom lens, but it adds a number of interesting new features to the formula, including a 2.7-inch wide-view monitor, and more importantly a sensor-shift image stabilisation system, replacing the less effective electronic stabilisation of the previous model. The S560 is, so Nikon claims, the smallest camera in its class to sport all of these features. 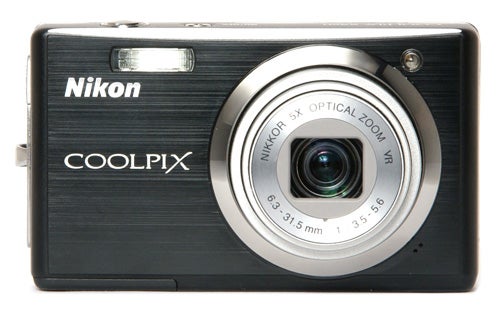 Nikon’s S-series of premium ultra-compacts now stands at an impressive 19 models, including 12 of the front-lens triple digit models such as the S560. I’m sure it’s just a coincidence, but there are also 12 models in Canon’s popular IXUS range, with which the S-series is in direct competition. The closest match for the S560 is the IXUS 970 IS, which also has a 5x zoom lens, 10MP sensor and image stabilisation, although it only has a 2.5-inch monitor. The 970 IS is also around £210, while the S560 is a bit of a bargain at only £160.

The CoolPix S560 makes a very good initial impression. It is a very small camera, measuring 93 x 54.5 x 23.5 mm, and is also very light, weighing approximately 145g including card and battery. The body is all aluminium and despite its size and weight it feels solid and well made. 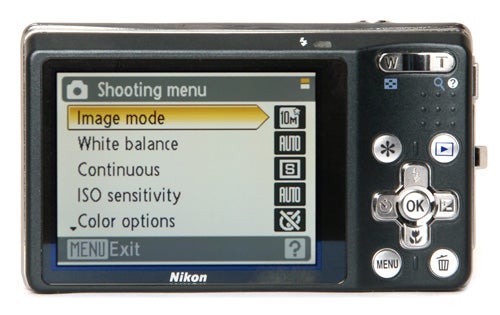 The overall design is refreshingly straightforward. The shape of the camera body is a simple oblong box, slightly rounded at the front, and with a curved indentation with a small textured area on the rear that serves as an adequate thumb grip. Compared with the slippery shape of the IXUS 970 the S560 has vastly superior handling. The body is finished in an attractive brushed texture, and is available in black (seen here), silver, and of course pink.


For a small camera with a large monitor the control layout is remarkably uncluttered, with large well-spaced buttons that are clearly labelled, although the etched markings on the D-pad can be a little hard to make out in dim light. The zoom control is a simple rocker switch, but it is sensibly positioned and operates smoothly, with eight steps between minimum and maximum zoom.


The S560 is packed with advanced features including face detection, smile detection that delays firing the shutter until your main subject is smiling, and blink detection, which warns you if your subject blinked when the photo was taken. As well as this there is Nikon’s Best Shot Selector, which automatically selects the best of up to 10 sequential shots. 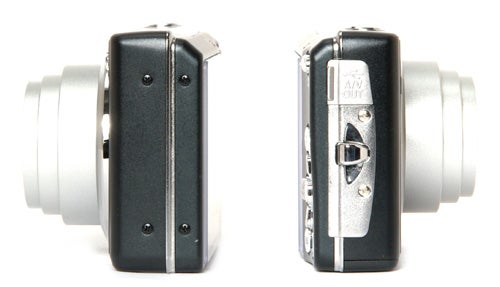 These features, as well as the other main shooting modes are selected via the button marked with the asterisk. There are a couple of oddities in this section, for instance as well as a scene mode with 15 scene programs, and an auto scene selection mode that picks the right scene program automatically, there is also a special mode just for taking photos of food. Why the design team didn’t just add this into the scene mode menu is a mystery, but if you want to photograph your dinner then I’m sure it will be very useful.


There are a couple of unusual features in playback mode as well, including an Auto-sort function that categorises your photos by subject. The S560 also has Nikon’s D-lighting feature, which attempts to compensate for lack of dynamic range by lightening shadows and darkening highlights, but while effective for some shots it can’t rescue badly burned-out highlights.

The S560 is quite a brisk performer too. It starts up in a little over two seconds, and in single shot mode and maximum image quality it can maintain a shot-to-shot time of approximately 2.2 seconds, although it is a little quicker over the first five shots. Unfortunately the continuous shooting mode is nowhere near as polished as the rest of the camera’s features; it shoots at irregular intervals, and there is no audio cue to tell you when it is taking a picture. It can manage about 1.3 seconds per frame, but to be honest it’s hard to tell accurately. The Best Shot Selector mode operates in much the same way, but it does appear to work, taking up to ten shots while the shutter is pressed and then saving the sharpest. 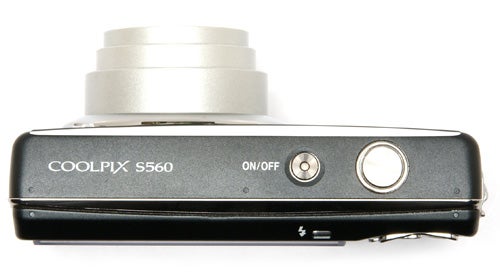 One perennial problem for Nikon compacts has always been the slow autofocus system, but I’m happy to report that some work appears to have been done in this area, and the AF system on the S560 is noticeably quicker than on previous models. It’s still a bit slower than some of its rivals, but not embarrassingly so. Low light performance is excellent, focusing reliably even in very dark conditions, with a good AF assist lamp that has a useful range of at least three metres.


The S560 also scores highly on image quality, although it does have a couple of minor issues. The lens is good, producing relatively little barrel distortion and no chromatic aberration, however it isn’t as sharp as some rivals. Dynamic range could also be better, but it’s no worse than most other 10MP compacts, burning out highlights to preserve shadow detail. 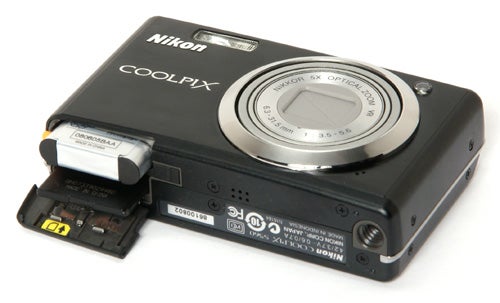 Where the S560 scores most highly though is in noise control. It is one of the few compact cameras I’ve seen that can produce good quality shots at 1600 ISO, with visible fine detail and virtually perfect colour rendition. 2000 ISO is a little scrappy but still usable, and even the 3MP 3200 ISO setting is far from useless. I don’t know what Nikon has done to produce these results, but they need to keep doing it. The S560 has the easily best high-ISO image quality of any recent compact that I’ve tested, even beating the Fuji F40fd.

Although it isn’t without a couple of niggling faults, the Nikon CoolPIx S560 is a very pleasing camera to use. It has excellent handling, superior build quality, good performance and image quality, and is small, light and robust enough to take anywhere. Where it really shines though is in its outstanding high-ISO picture quality. For £160 it is excellent value for money. 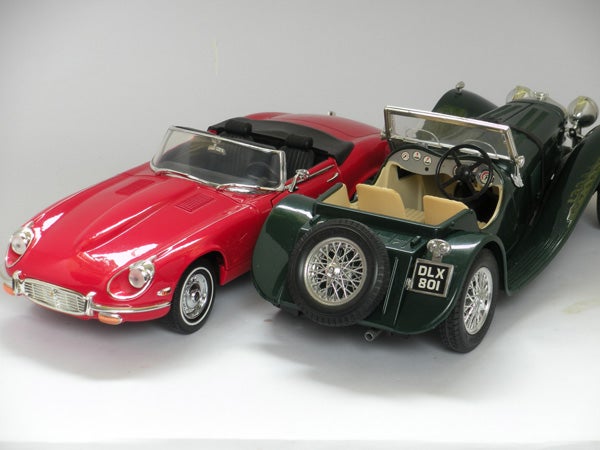 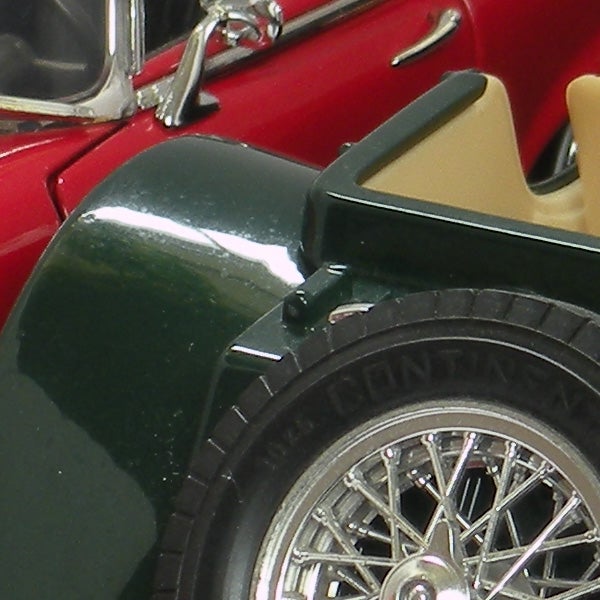 At 64 ISO the image is beautifully smooth and noise free. 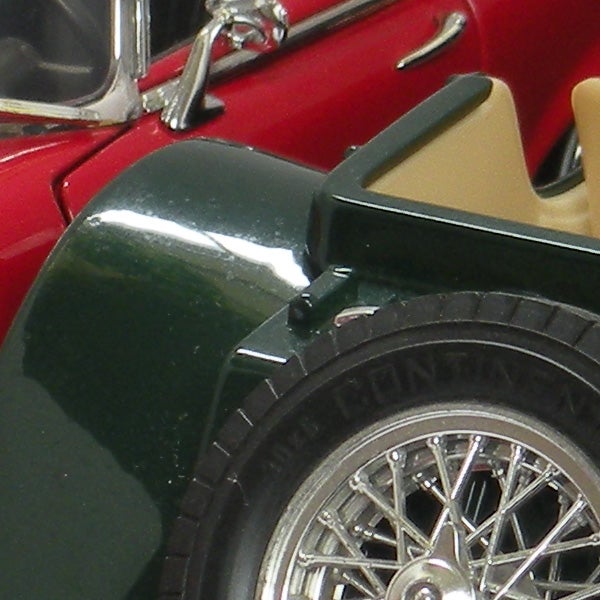 Still near perfect at 100 ISO. 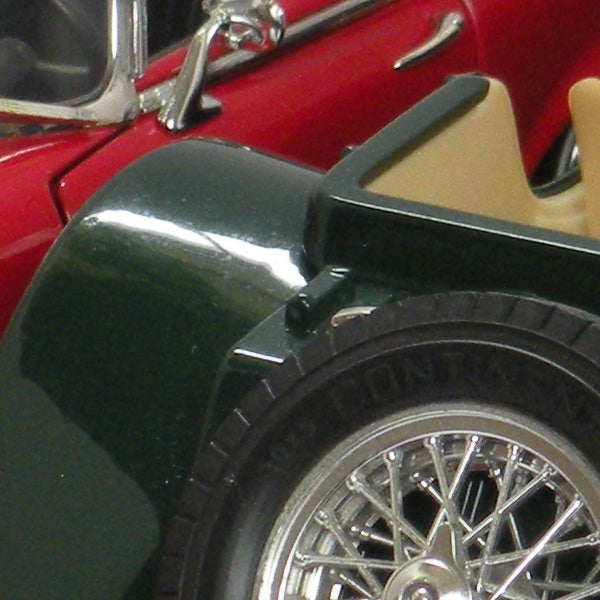 There is a slight hint of noise at 200 ISO, but not enough to cause a problem. 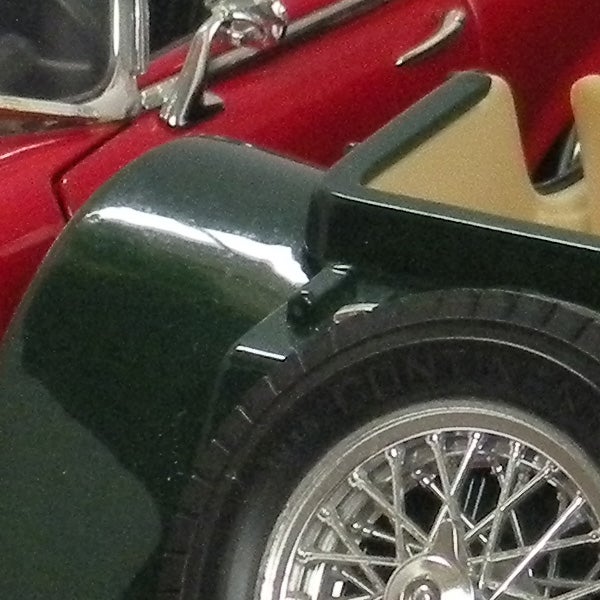 I think Nikon has used a new noise reduction algorithm here, because the image quality at 400 ISO is excellent. 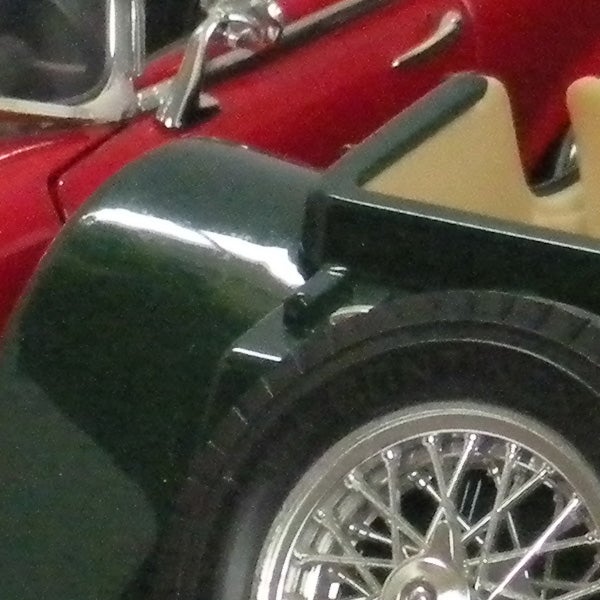 Some loss of sharpness at 800 ISO, but still plenty of detail and good colour. 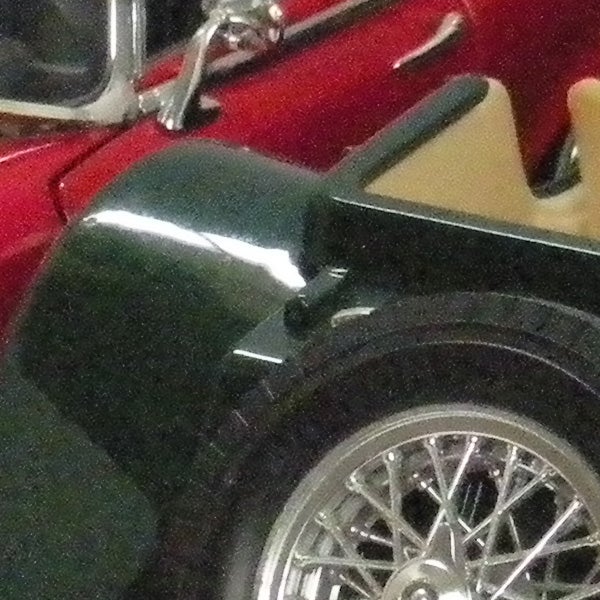 Amazingly you can still read the lettering on the spare tyre at 1600 ISO. 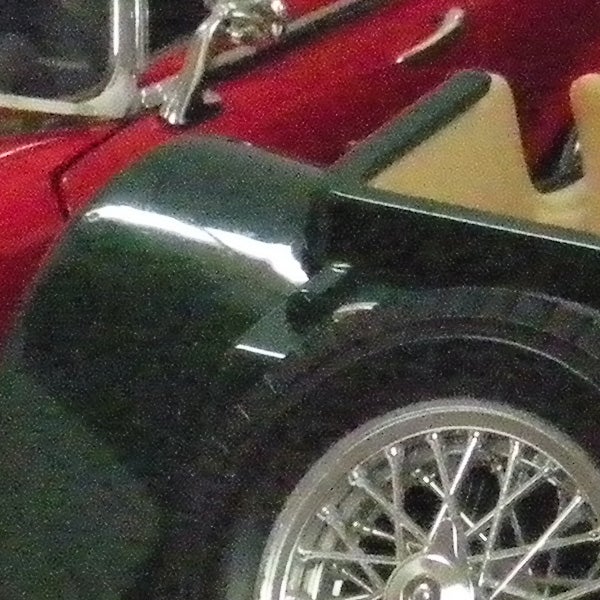 Even at 2000 ISO the image quality is still good enough to print. 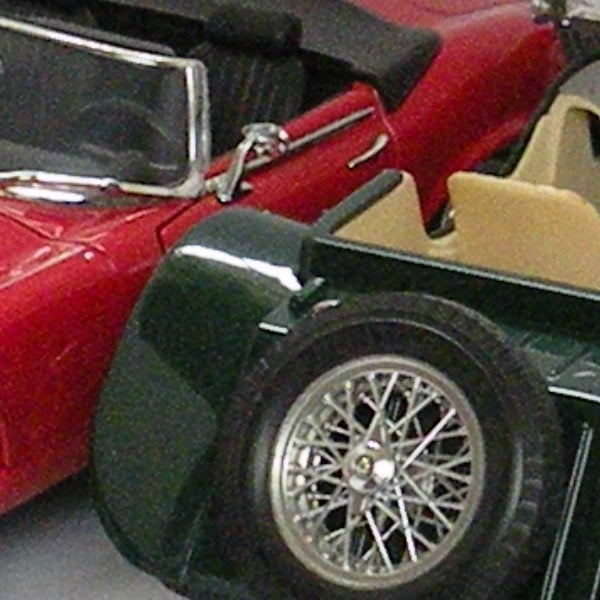 3200 ISO is available at 3MP. Not too sharp, but the colour rendition is good. 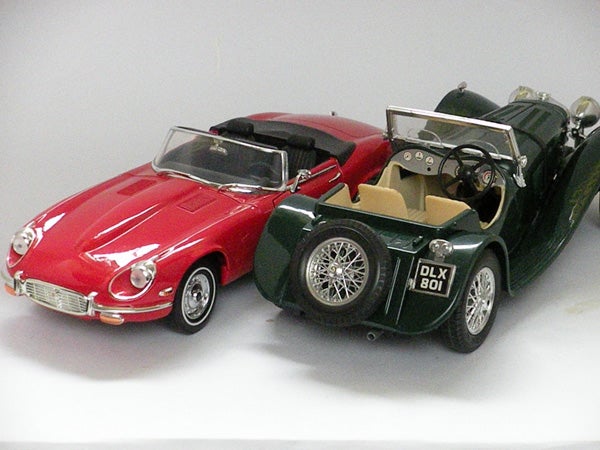 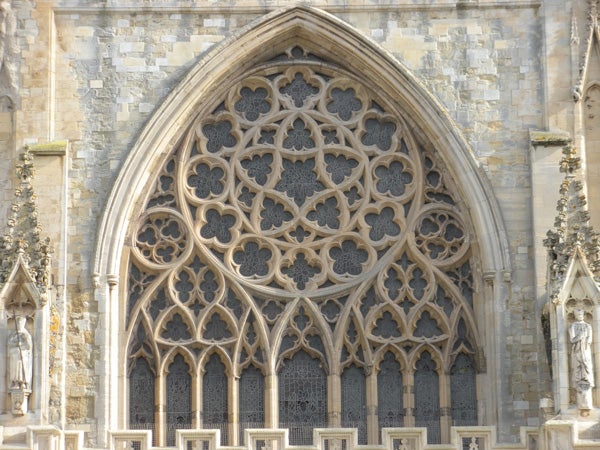 The usual test shot of the cathedral window to compare detail and sharpness with other cameras. See below for a full-res crop or click to download the full-sized version. ”’Updated: New maximum quality image.”’ The level of recorded detail is very high, but there is still a hint of softness to the image. 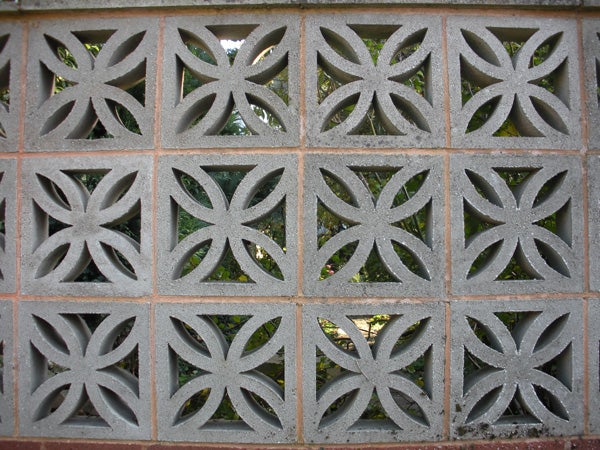 The lens produces some barrel distortion, but no worse than most other 5x zoom compacts. 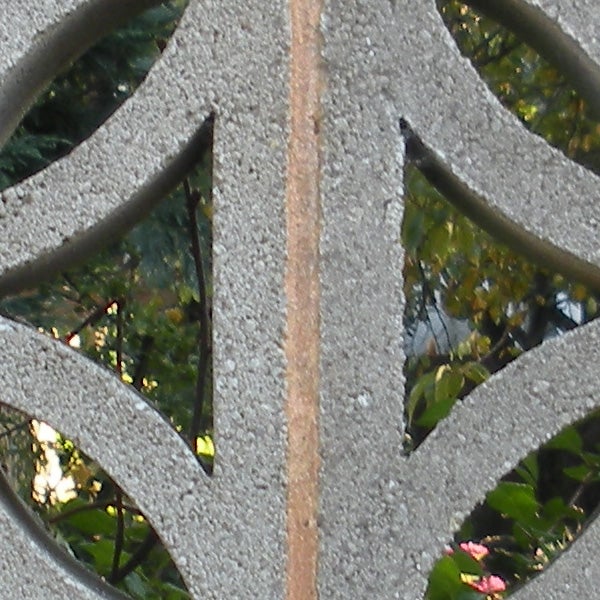 Centre sharpness could be better. 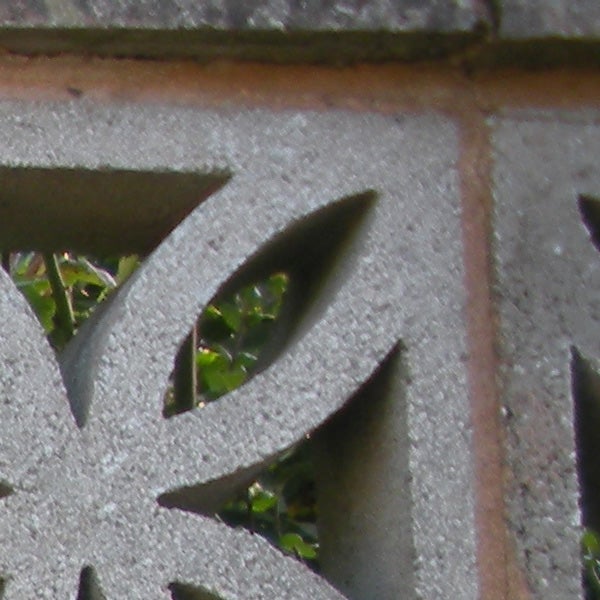 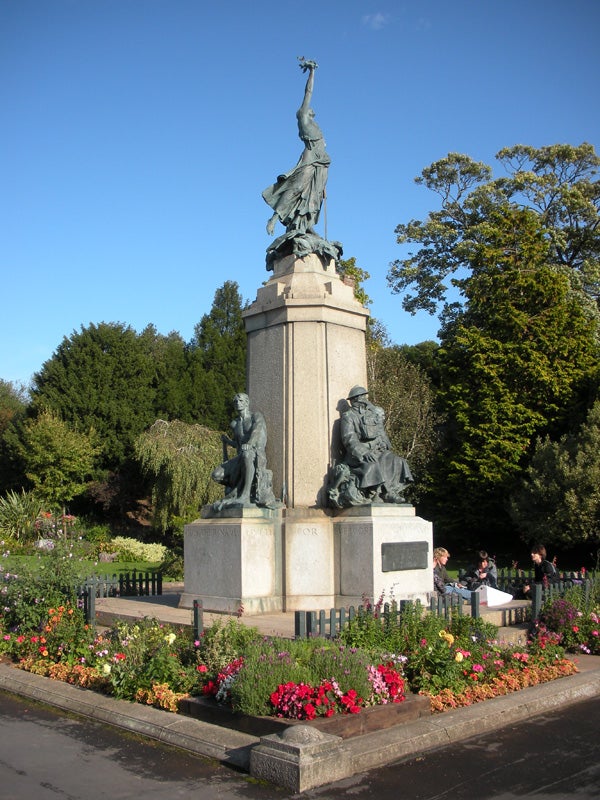 The wide angle end of the zoom range is equivalent to 34.8mm. 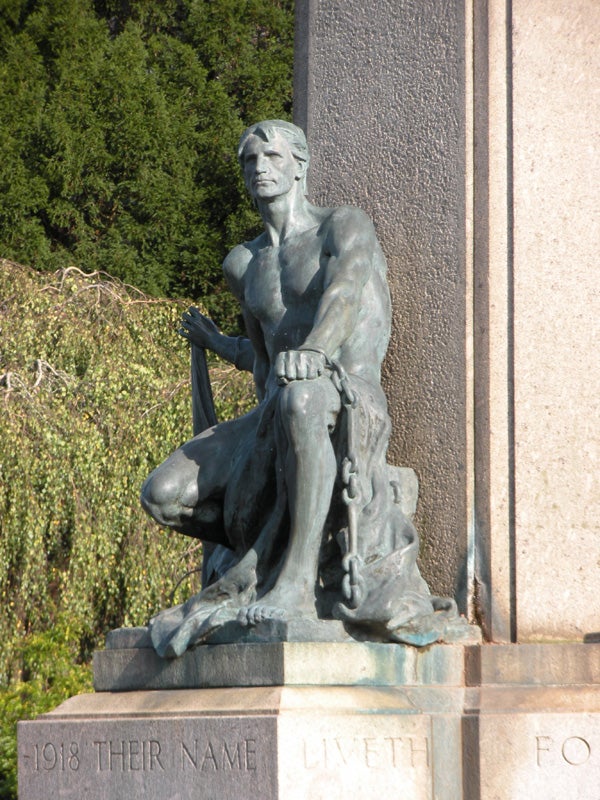 The telephoto end is equivalent to 174mm. 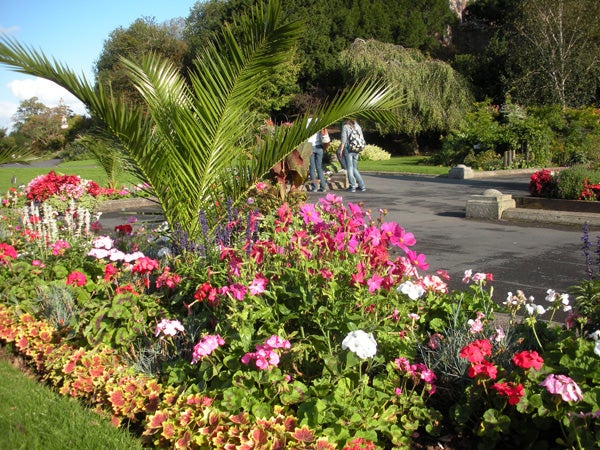 Colour rendition is excellent, with good detail even in saturated colour areas. 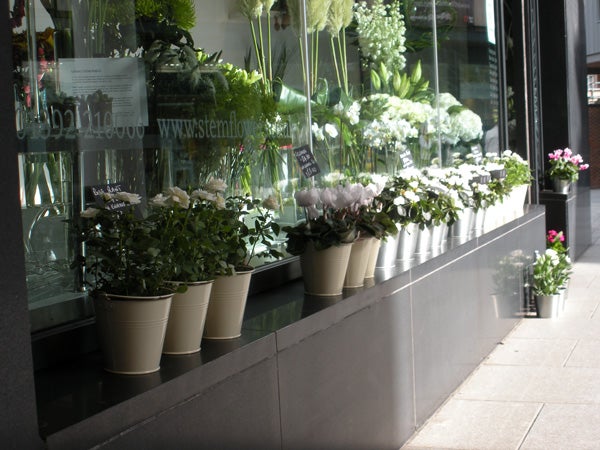 Shadow detail is pretty good, but highlights are burned out.