At just 0.8-inches (or 18.4mms) thin, the Coolpix S4150  (the S denotes this compact sits within Nikon’s Style range) offers a beefed up specification on it’s sibling the S3100. Thinness, stylish design and clever features including a full touch screen interface, all help to make the Coolpix S4150 an attractive proposition for those looking for a smart, small but high spec digital compact. The S4150 arrives in five flavours, red (the model tested here) black, purple, silver and gold and the attractive and nicely tactile body that looks like metal but, well, feels like rubber, is very nice indeed. Solid and sleek it is and it is also crammed with nice features.

In fact, Nikon has used the word “intuitive” for the camera and its interface and I have to report that yes, it is intuitive thanks to a nice touch screen control system which I’ll deal with in more detail shortly. A 14-megapixel 1/2.3-inch RGB CCD sensor sits behind the same 5x optical zoom lens that graces the S3100 and provides a 26mm to 130mm focal range so there’s plenty of scope for wider vistas or close up work.

The EXPEED C2 imaging engine helps work on the data collected by the lens and sensor and produces faster processing of the HD 720P video and the stills that can be captured at up to two frames a second (in the sports scene mode) and shuts that information to the camera’s SDSDHC/SDXC memory cards or the meager 20MB of internal memory.
SD cards fit into a slot on the base of the camera alongside the S4150’s Li-ion EN-EL19 rechargeable battery pack that provides enough power for around 150-shots depending on the flash use and how much video you shoot, so only very modest battery performance here, depending on the use of flash and video you capture.

The camera’s lens is suitably sharp but the closest focus distance of just 10cm in macro shooting is rather modest although the camera does benefit from Nikon’s Vibration Reduction system, or VR. It’s implemented in four electronic modes that boost sensitivity, reduces camera shake, uses motion detection and is back up with Nikon’s Best Shot Selector (BSS) that picks the sharpest of 10-sequential images and saves that one for you.

In other words, the camera does all it can to help get sharper images; the down side of the electronic VR is as the sensitivity rises (in lower lighting) image noise starts to become more noticeable.

And there’s a compromise to be had in terms of capturing a sharp image and dealing with image noise, smoothing of detail. As with the Nikons S1200PJ I recently tested, the image noise is well controlled overall but at the expensive of image detail, which is homogenized all to quickly. The S4150 has Nikon’s Smart Portrait system that aims to help make it much easier to snap better people pictures and the system encompasses a variety of tools to do that job. When active, Smile Timer automatically takes a picture when the subject smiles while the Blink Proof tool warns you if someone in your photos has their eyes shut in a shot. These can be coupled with skin softening that effectively smoothes uneven skin and the in-camera red-eye fix can help, as the name suggests, fix the red-eye phenomenon if it occurs.

The auto focus system is aided by an effective subject tracking AF set up that works rather well for such a small camera and with all these key features come 20 scene modes that include the usual array of settings such as portrait and landscape modes along with less auto scene modes such as the scene auto selector (the camera picks a scene mode to compliment the subject in front of the lens, automatically), the drawing mode that lets you draw pictures on the screen and decorate them with a set of rubber stamp style icons.

The retouch menu adds further fun features to the mix and allows you to add post shoot edits and effects such as starry filters, sepia and black and white edits along with selective colour and lens distortion effects.
As with the S1200pj I tested recently, it’s be nice to have some of these effects to hand at the shooting stage but overall, the S4150 provides a comprehensive of auto features that allow you to get plenty more from your pictures than just simple snaps.

The S4150’s design is very smart indeed and the smooth lines and attractive, tactile face are a joy. The top plate has just three controls, the on/off button, the shutter release and its surrounding lens zoom control.

Self-explanatory they may be but the green LED indicator around the recessed on/off button flashes when the camera is in sleep mode and the shutter button is large weighted just right. 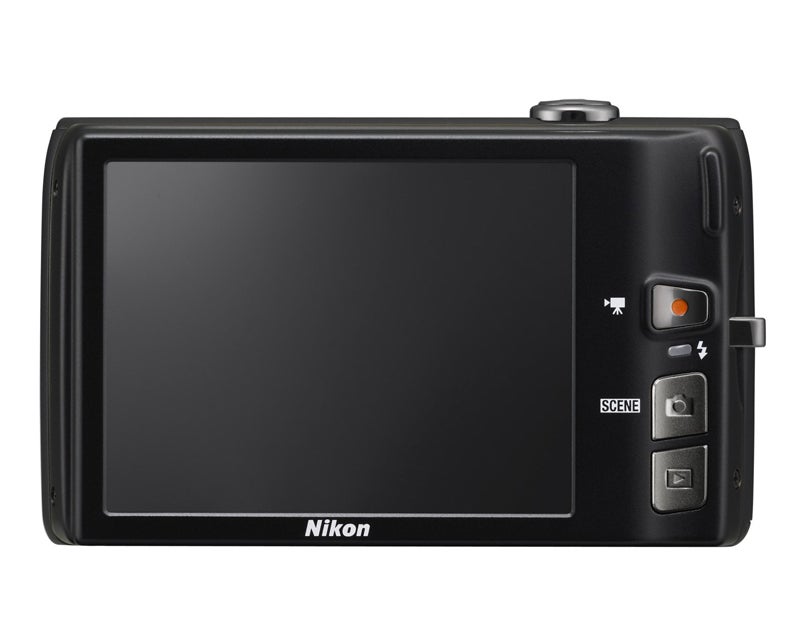 The back plate has the 3-inch touch screen that’s both great to use in terms of composing and viewing images and video, even in brighter conditions but is also sensitive enough to make using it to control other camera features a nice experience rather than a frustrating one.

Three more controls sit on the back plate, the single press video button, the scene selector button and the playback button. Each is large and clearly labeled. One gripe I have however is reserved for the battery/SD card flap on the camera’s base. This slides forward to open and is spring loaded but it feels flimsy and vulnerable when in its open position, so watch you don’t catch it clothing or you risk tearing it free from the body.

The USB/AV out port is neatly tucked away under another flap on the cameras base and this is also too small and fiddly and feels as vulnerable to getting knocked and damaged as the larger battery/SD card flap.

In terms of performance, the S4150 works very well. There’s an inevitable lag between pressing the shutter button and a picture being taken, but you can circumvent that easily with the excellent touch screen snapping capability.

Here you just touch the screen on the point you want the camera to focus on and it will focus and meter to that point (anywhere) on the screen and snap the shot. The Smile Timer works well here too, detects faces in the scene, and snaps a shot when they smile, all automatically.

The touch screen is suitably sensitive and allows you to scroll images in playback or select menu options from pop out pages along the edges of the screen, this includes adding a rating to your shoots from one to five stars.

One drawback of screen interfaces such as this is without a non-screen control option; you cannot browse through options, touching the screen selects that option. It would be nice to have a way to scroll around the scene modes, for example.

The metering works well (the touch screen snapping options makes it very accurate indeed) enough and colour and white balance are all good although you have manual options to select if you need to. Using the touch screen to take images by tapping the screen the camera will take a shot at the point selected even if it’s too close, cannot be focused properly or even if the metering cannot get it right. So you get a shot, certainly, but it can come at the cost of sharpness and metering accuracy.

Subject tracking AF was nice to have in the armoury (it’s in a pop out menu options along with the touch shutter and touch AF/AE modes) and to sue it you touch the subject on the screen to be tracked and as long as it stays in the frame, the AF works hard to keep tabs on it as it moves.

The proof of a pudding is in the eating and here that means the image and video quality. The lens is sharp and able to provide a good range of view options from wider views to good zoom ratios and so can deal well with detail thrown at it.
But I notice images have a lot of noise processing thrown at them which smoothes away a lot of the finer information within shots, making landscapes look as though they’ve been smoothed over. 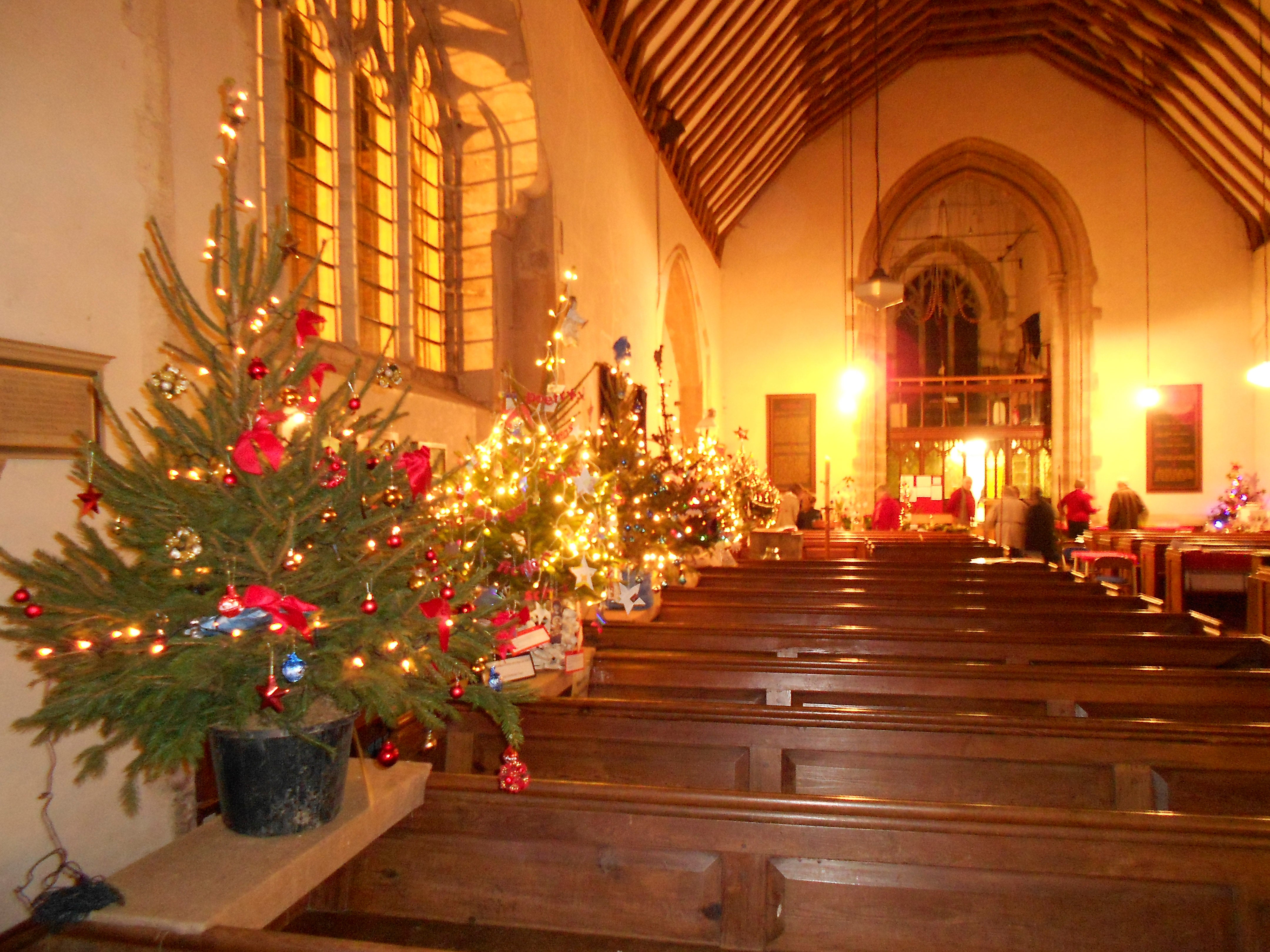 Lower sensitivity settings, which can climb from ISO 80 to ISO 3200, suffer less but above ISO 800 detail can become much smoothed although of course, noise issues are reduced. Shadow detail is problematic too since any deep shadow is devoid of detail, the camera’s processing seemingly tasked with prioritizing the highlights. That’s fine but if you’re shooting high contrast subjects, the lack of shadow detail can be a problem.

The HD video is good enough, the capture rate at 720P is smoothly rendered and the lens can be zoomed during shooting and the AF is active throughout, if it’s a little slow to react to faster moving scenes or if you pan or move the camera about too quickly.

The Nikon Coolpix S4150 is priced at £129.99 and given its feature set and the attractive styling and build; it’s a relative bargain.

The image quality is on a par with other cameras of this ilk, nothing to shout from the rooftops about but good enough for most tasks. Given the price the touch screen is a real bonus when snapping quickly or for providing improved flexibility over capture options.

It’s an excellent feature if the camera’s mounted on a tripod too, say, shooting macro subjects because you can pick the focus point and take the shot at the relevant point on the screen simply by touching it.

Overall, the Coolpix S4150 represents great value in a stylishly svelte snapper that does plenty in terms of features and just enough in terms image quality.