When you think of Nikon you probably think of the long history of expensive high-performance film and digital SLRs for which the company is justly famous, but in fact a large proportion of Nikon’s output has always been relatively inexpensive compact cameras, a tradition it has maintained in the digital era. One relatively new development however is Nikon’s recent move into the slim ultra-compact market, with cameras such as the rather nice Coolpix S500 and today’s review subject, the CoolPix S200. 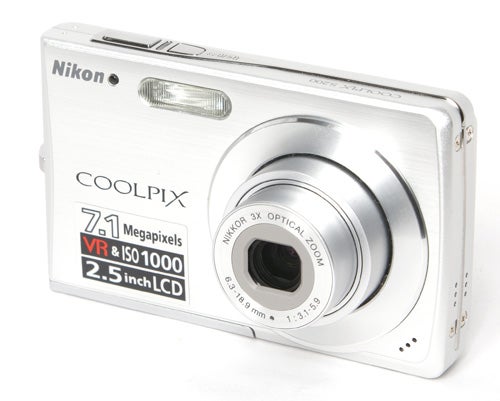 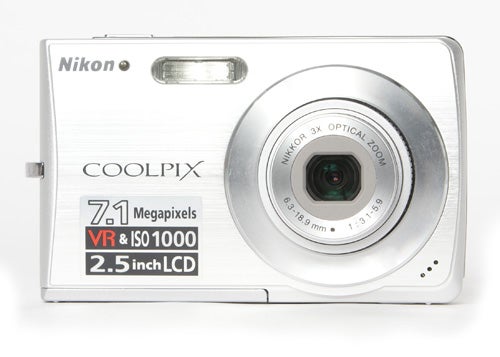 But what do you get for your money? At first glance the S200 looks very much like almost every other slim ultra-compact, in fact if you were to remove the brand logos it would be hard to distinguish it from any one of several competing models. The body is all metal, but is aluminium rather than steel, which at least makes it light, just 125g minus battery or card. Measuring only 18.5mm thick it is one of the slimmest cameras on the market, 0.5mm thicker than the Pentax M30 but thinner than either the Casio Z75 or Olympus FE-230. As usual with Nikon cameras the build quality is flawless, and despite its low weight and skinny profile the camera feels solidly put together.

The control layout is also typical of this type of camera. The 2.5-in, 153k monitor screen takes up quite a lot of space on the back, but leaves enough room for the limited number of buttons and a small area to rest your thumb. The monitor itself, while not the sharpest thing ever is at least nice and bright, and has an excellent anti-glare coating. It is also slightly recessed, which should make it a little less vulnerable to scratches and finger marks. The zoom control is a rocker switch on the back, which is easy enough to operate, and the zoom action is stepped with six increments between wide and telephoto. Handling can be an issue with very small digital cameras, but the S200 manages to avoid any major problems. 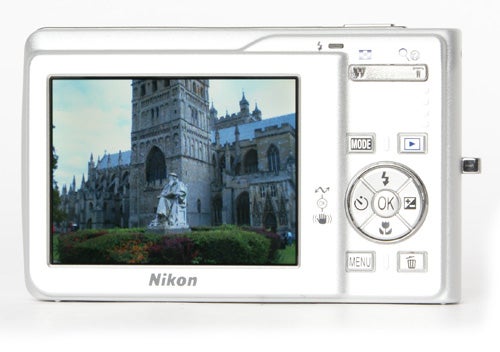 It has the usual four-way D-pad for menu navigation, with flash mode, exposure compensation, macro mode and self-timer as secondary functions. The Mode button gives access to a small menu containing, not surprisingly, the main shooting modes, which are auto, portrait mode (with instant face detection), high-ISO mode for low-light situations, movie mode (VGA, 30fps), sound recording and scene mode, which offers 15 scene programs including all the usual ones, such as landscape, night portrait, fireworks, panorama assist etc.

The S200 is a fairly simple camera, offering only the basic functions of a point-and-shoot compact, but it does have one unusual feature in the shape of electronic vibration reduction. At first I thought this was just another of those annoying high-ISO functions with a fancy name, sacrificing picture quality for a faster shutter speed, but in fact it is more than that. It also uses a combination of electronic image stabilisation and in-camera automatic post-processing to reduce the effects of camera shake on low-speed shots. If you take a photo in VR mode at a low shutter speed, the camera uses information from motion sensors and attempts to process out any motion blur from the resulting image. I tried it under a variety of conditions, and I found it was able to cope with camera-shake blur from shutter speeds as low as 1/20th of a second, but even lower speeds proved to be too much for it. As an anti-shake system it’s certainly better than simply boosting the ISO gain, but it’s not as effective as a genuine optical image stabilisation.

In theory this should make the S200 a good choice for low light photography, but sadly this is not the case. The problem is the autofocus system, as it has been for several recent Nikon compacts. Even in good light it is slower than most, taking over a second to achieve focus, but its low-light performance is terrible. In a room lit by a 100W bulb, in other words light you could easily read by, the S200 would only focus about half the time even on high-contrast subjects at normal ranges. In lower light, such as you’d find in many social situations, it failed to focus at all. It has no AF assist light, so there’s no help there. I have to say I’m surprised that Nikon has such a poor quality AF system in its compact cameras, especially considering how good its digital SLRs are at low-light focusing. Hopefully this is something that will be addressed in the latest models due out next month, because for the S200 it really is a major handicap to an otherwise good camera. 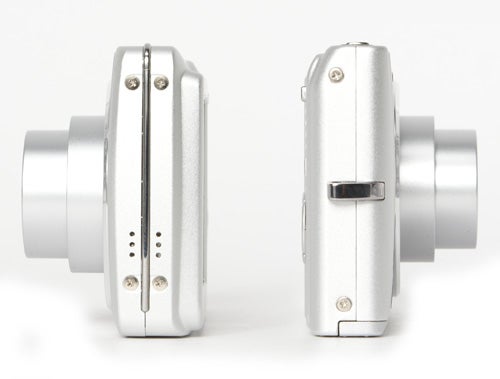 The S200 acquits itself more favourably in other performance criteria. Start-up time is just under three seconds, which isn’t bad for a low-cost camera, and it shuts down again in about two and a half. In continuous shooting mode, with a fast SD card, it can manage just under a shot a second, but it also has the same 16-shot burst mode as the S500, in which it takes 16 frames in about 12 seconds, but combines them all into one mosaic image. In the maximum image quality setting the S200 shoots JPEG images averaging around 2MB, which is a bit on the over-compressed side for a 7MP compact, but it does mean that a 1GB SD card is enough for at least 282 shots. The camera is compatible with SDHC cards. As for battery duration, Nikon claims 230 shots from the 740mAh Li-ion cell, but this may be a bit on the conservative side. I took about 150 shots with it and the battery level indicator didn’t even appear. 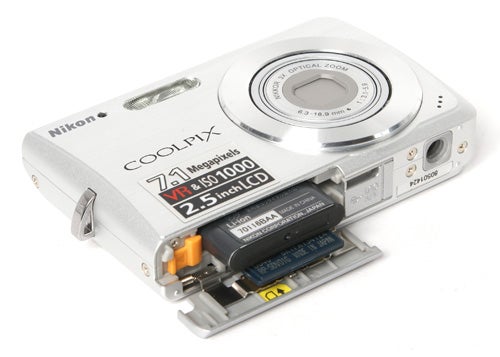 As for image quality, the S200 isn’t bad, but it does have a few issues. The Nikkor lens performs well, producing minimal barrel distortion, no noticeable chromatic aberration and good edge-to-edge sharpness. I found that in shots taken on a bright but cloudy day colour saturation was a bit lacking, and overall most images lacked contrast. The level of fine detail proved to be higher than average for a 7MP camera, however the severe file compression does it no favours, with visible compression artefacts. Image noise is about average for a 7MP camera with a 1/2.5-in sensor, with visible noise on all shots above 200 ISO. All in all a fairly average performance, but not bad for the price.

Despite the prestigious Nikon badge, the S200 is a pretty run-of-the-mill ultra-compact, with little to distinguish it from several competing models. It is very slim and light, build quality is well up to the usual Nikon standard, and the camera handles well. The electronic vibration reduction also works well, and does give the camera a slight edge over models with only ISO-boost, but this is let down by terrible low-light focusing, average performance and indifferent image quality. Not too bad for the price, but there are better ultra-compact cameras, and better Nikons. 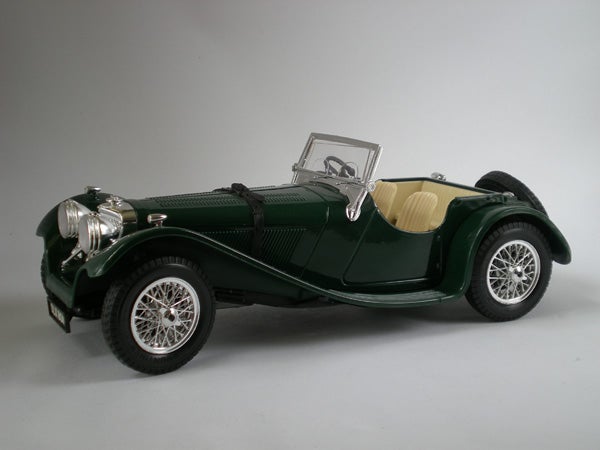 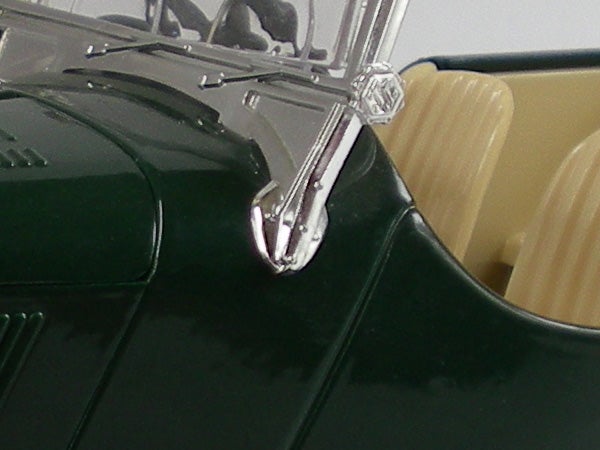 At the minimum setting of 50 ISO the image quality is good, although there are some compression artefacts visible. 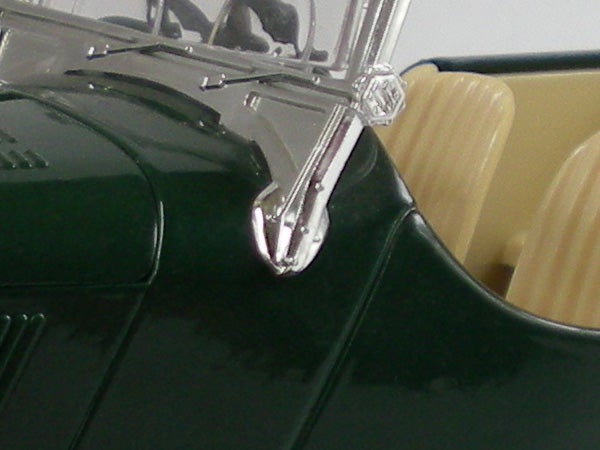 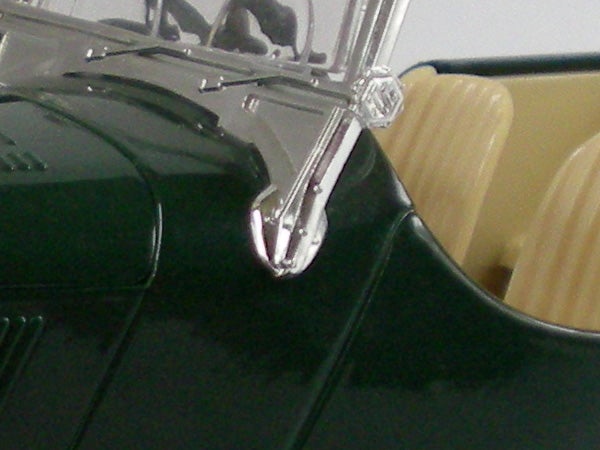 At 200 ISO there is a little noise visible, but it’s not too serious. 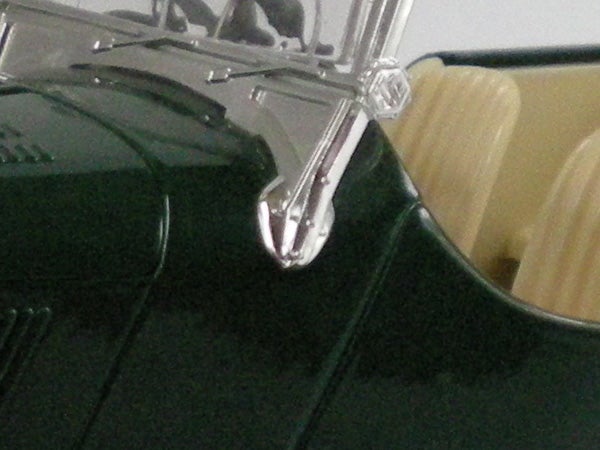 At 400 ISO the noise is unmistakeable. 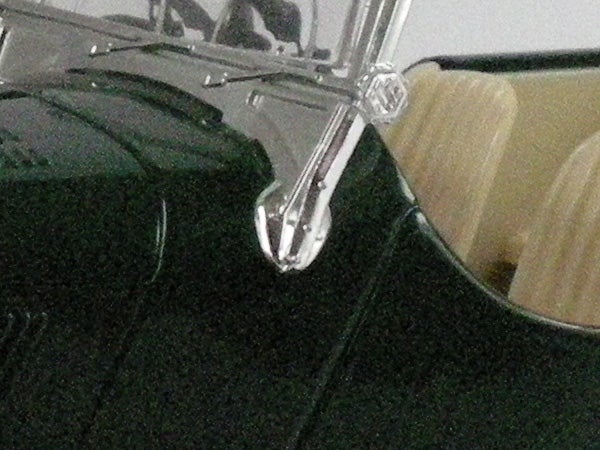 At 800 ISO the image noise is now quite bad. 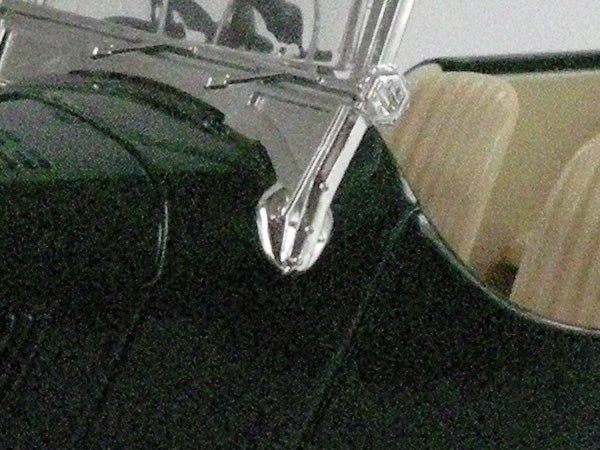 A 1/3EV increase to the maximum 1000 ISO shows serious image noise, with a lot of fine detail being obscured. 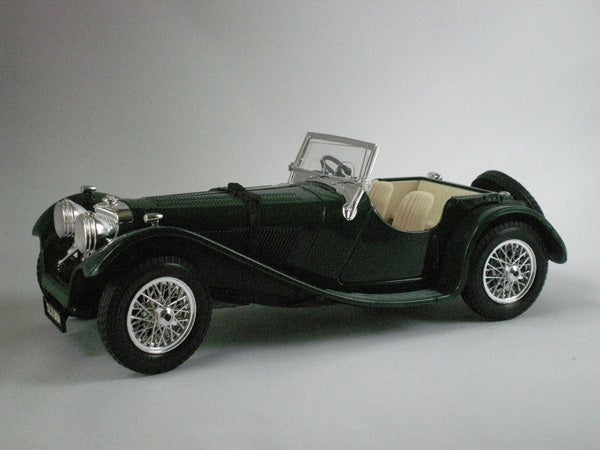 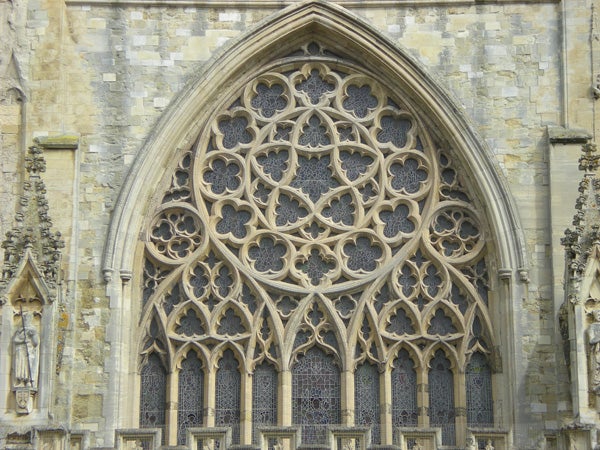 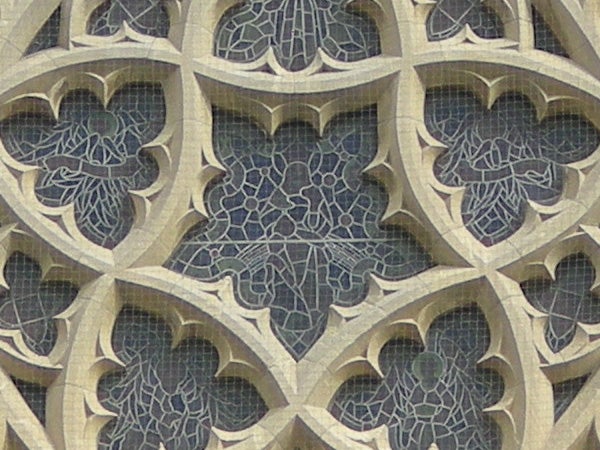 The level of fine detail is quite good for a 7MP camera, but the fierce image compression causes some degradation. 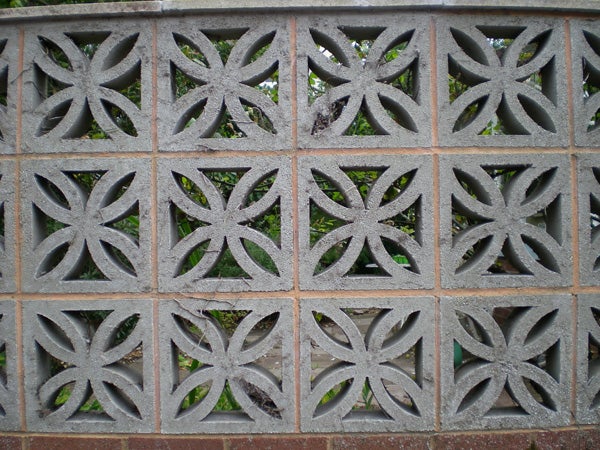 The flush-folding 3x zoom Nikkor lens produces noticeable barrel distortion at wide angle, but no worse than most such lenses. 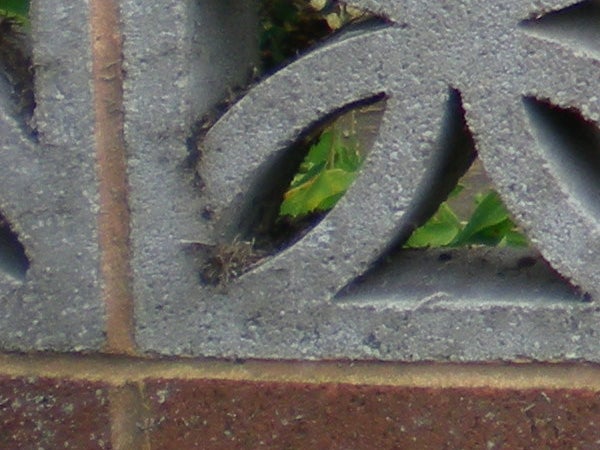 This full-res corner crop from the above image shows good sharpness right into the edges of the frame. 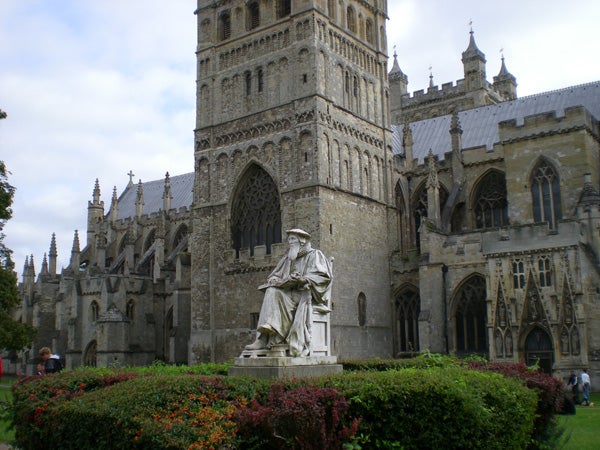 The wide angle end of the zoom is equivalent to 38mm, not very wide at all. 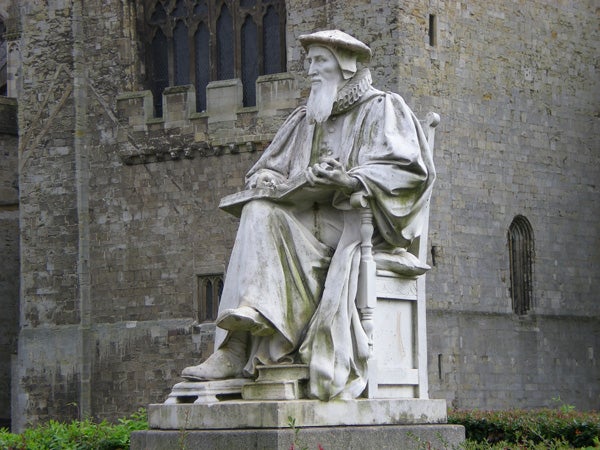 Taken from the same spot as the shot above, this shows the other end of the zoom range, equivalent to 114mm. 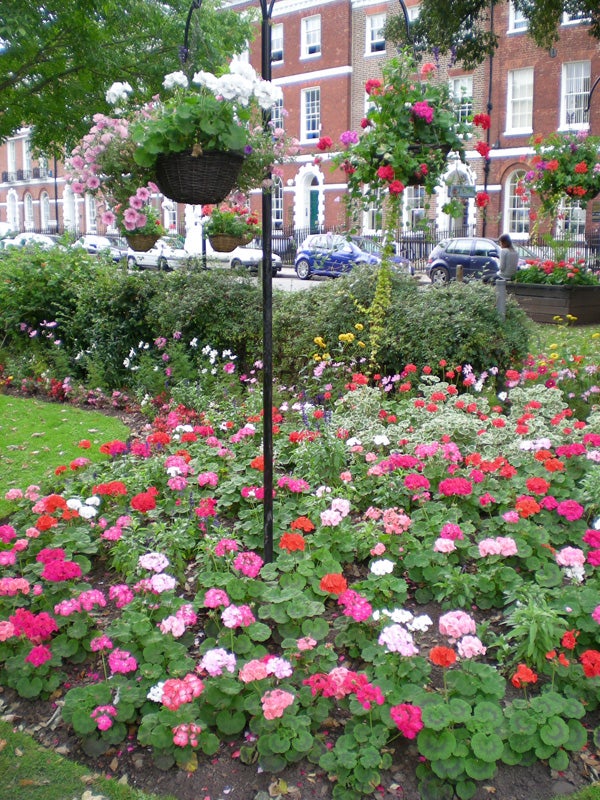 This shot was taken on a bright but slightly cloudy day. The colours lack saturation, and the whole shot lacks contrast. 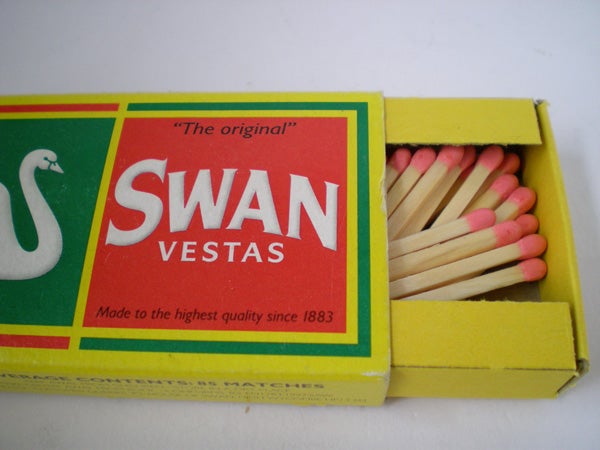 The macro focusing range is 10cm.