Like any item of fashionable personal electronics, digital cameras are subjects to fads and trends. Over the past few years we’ve seen innovations such as face detection, wide-angle zoom lenses, mechanical image stabilisation and more recently 720p HD video recording sweep through the market, to the point where it’s almost impossible to find a camera that doesn’t have at least one of those features. Manufacturers are always looking for the “next big thing”, because the first one to hit the market with a new trend stands to make a lot of profit as the fashion-conscious public snap them up.


Nikon just might have hit on the next must-have fashion in digital cameras with the launch of the CoolPix S1000pj, the first digital camera to be equipped with a built-in projector, capable of showing captured images and video on a screen, a wall or any other convenient flat surface. There’s no question that it’s a clever idea, because it overcomes one limitation of digital cameras, that of sharing your pictures with more than one person at a time. The only question is whether or not Nikon’s implementation works well enough to succeed, or whether it’s just a gimmick. 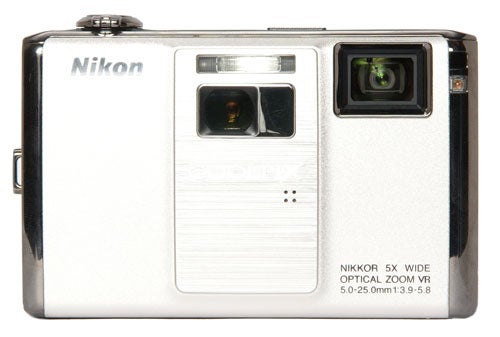 Before we come to the projector though, let’s take a look at the S1000pj as a camera. Its basic specification is identical to its stablemate the CoolPix S70, which was launched at the same time. It has a 12.1-megapixel 1/2.3-inch CCD sensor, a vertically mounted internal 5x zoom lens with a 28mm wide-angle and optical image stabilisation, and a 2.7-inch LCD monitor with a resolution of 230k dots. The body is solidly made, mostly of aluminium with some plastic trim, and despite having to make room for the projector alongside all the usual internal components it is surprisingly slim, measuring 99.5 x 62.5 x 23mm, no bigger than a typical pocket compact camera. Unsurprisingly though it is quite heavy for its size, weighing a hefty 178g including battery and memory card. This is one for the coat pocket, not the shirt pocket.

The control layout is fairly typical for a simple auto-only compact camera, with a small but well labelled D-pad, four buttons and a rotary zoom control. Shooting mode selection accessed is by pressing the green shooting button. In terms of photographic capabilities the S1000pj is strictly point-and-shoot, but it does have some sophisticated automatic features. It has five main shooting modes consisting of full auto, a scene mode with 17 scene programs including auto scene selection, Smart Portrait mode with face detection, blink detection, skin softening and smile timer, a subject tracking AF mode and video recording mode. Video quality is 640 x 480 resolution at 30fps with mono audio and digital-only zoom. 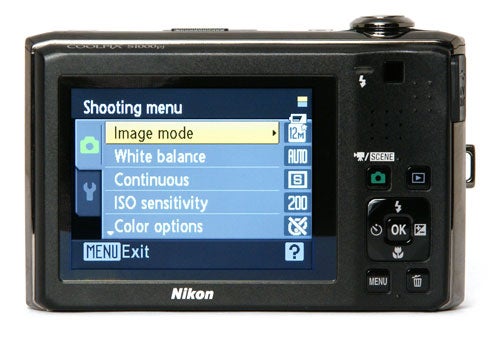 There are already a number of stand-alone LED-powered pocket projectors available, but rather than shoe-horn an existing third-party design into their camera Nikon has instead come up with its own projector technology. The projector itself is located vertically in the centre of the camera and looks out periscope-style via the extra lens just below the flash. It is illuminated by a powerful white LED, with the VGA-quality image generated by a reflective LCD panel. 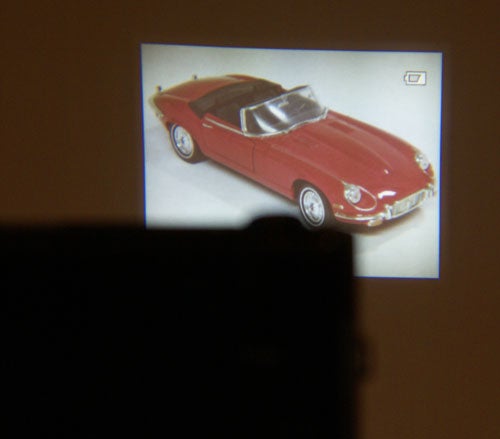 We’ve seen some stand-alone pico-projectors before, and we’ve not been particularly impressed by their performance. I will readily admit to being no expert regarding projectors, but as far as I’ve been able to determine the S1000pj’s 10-lumen brightness is a bit feeble compared to the better stand-alone units, but is brighter than some. In practical terms like any projector it is better in a darkened room, but it is bright enough to shine a clearly visible image on a wall under normal domestic lighting. The projected image is the size of A4 paper at 60cm distance or the width of a door at 2m. Using a proper reflective-surface projection screen the image is quite watchable at 2.5m, however shining on a painted wall even in complete darkness it’s at its best at distances of less than 1.5m. 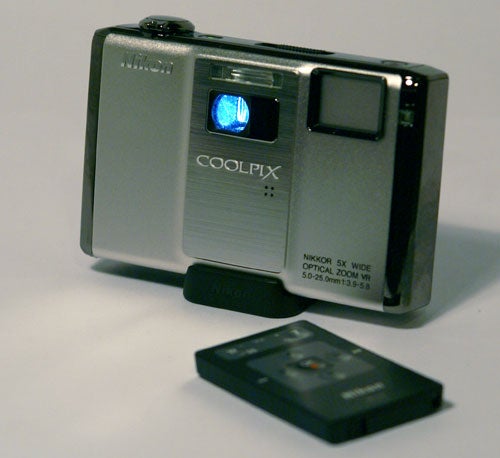 The camera is supplied with a small angled stand and an infrared remote control, so it is possible to use it for little table-top slide shows, complete with a choice of frame transitions, adjustable frame interval and even background music. The projector does drain the battery though, and herein lies a slight handicap. Overseas versions of the S1000pj come with a mains adaptor that has a USB 12V output, so the camera can be powered while still running, but the UK version just comes with the standard Nikon battery charger, which can only charge the battery out of the camera. As far as I am aware the mains adaptor is not available in the UK. 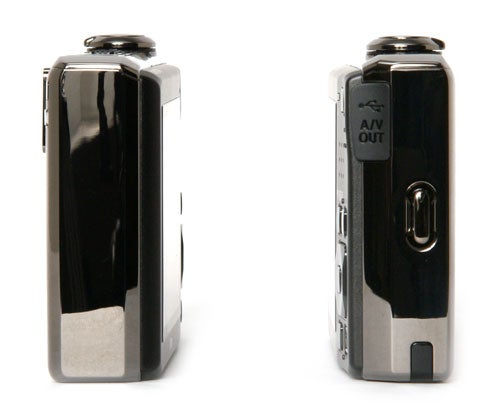 Despite this hitch I have to say I’m more impressed with the performance of the projector than I expected to be, and there’s no doubt that it you have a projection screen the image isn’t at all bad. As projectors go however however it’s not that sophisticated. It has to be focused manually using a rather clumsy slider on the top panel, and also has no skew correction, so you have to hold the camera perpendicular to the screen to avoid distortion.

In terms of camera performance the S1000pj isn’t at all bad either. It starts up in just over two seconds, and in single-shot mode its shot-to-shot time of approximately 2.4 seconds is fairly respectable. In continuous shooting mode the S1000pj can manage approximately two seconds per frame, but with a confusing double-blink of the monitor which makes it look like it’s going a lot faster.

The autofocus system is a little bit on the slow side, but not annoyingly so, and its low-light performance is excellent. It has a good bright AF assist lamp, and will focus in darkness at a range of several metres. The face detection, blink detection and subject tracking systems work well in good light, but as one might expect they perform less well in poorer illumination.


The S1000pj does have one major weakness, and unfortunately that is its picture quality. As usual with periscope-type internal zoom lenses the optical quality isn’t all that good, with significant blurring and blue-green chromatic aberration around the edges of the frame. At least barrel distortion appears to be corrected in processing, but overall sharpness and detail are lower than most other 12MP compacts. The slow maximum aperture of f/3.9 doesn’t help much either.


The problems don’t end there. Dynamic range is very restricted despite the automatic D-Lighting feature, with detail clipped from both shadows and highlights. As well as this image noise is visible at all ISO settings, becoming a significant problem as low as 200 ISO, and the 1600 ISO setting is pretty much unusable. 3200 and 6400 ISO are available, but only in a cellphone-quality 3.0-megapixel size. 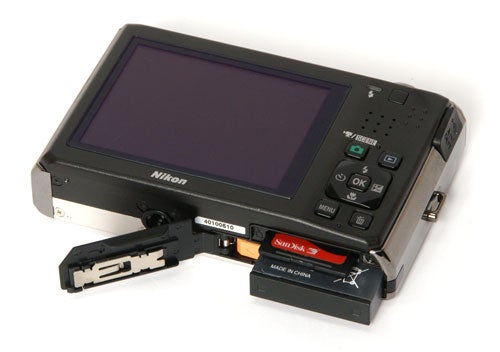 These image quality issues might be too much of a handicap for the S1000pj, because at the moment it costs a wallet-crushing £350, although some of the less scrupulous online retailers have it for around £305. That’s a lot of money for a fairly average point-and-shoot camera, especially one with questionable picture quality, so it’s going to have to rely on the novelty value of the LED projector technology to sell is. It will probably succeed in gadget-obsessed Japan, but I fear that in the cash-strapped UK it may not do so well.


The CoolPix S1000pj is a gadget lover’s dream, and is sure to draw an admiring crowd, at least until the next cool toy comes along. Build quality and design are up to Nikon’s usual high standard, and the projector technology certainly works well enough, but annoyingly it is let down by mediocre camera performance. Considering the cost, only the gadget lovers are going to buy it. 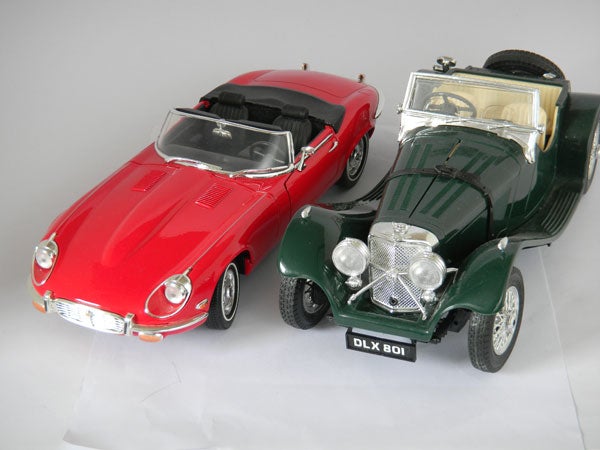 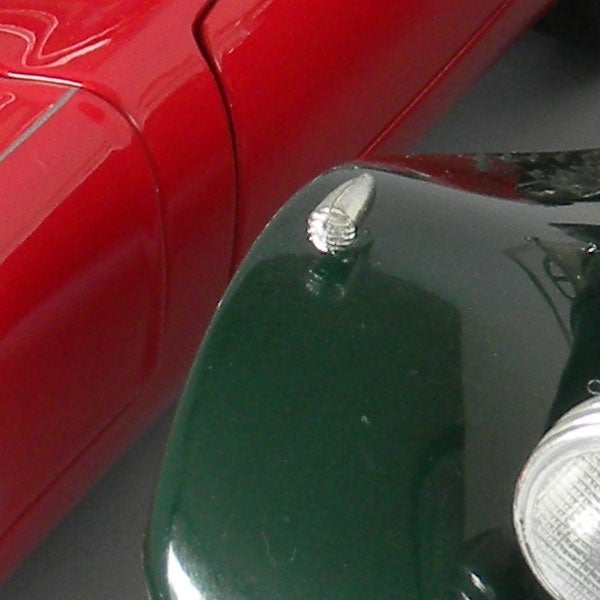 There are small hints of luminence noise even at the minimum ISO setting. 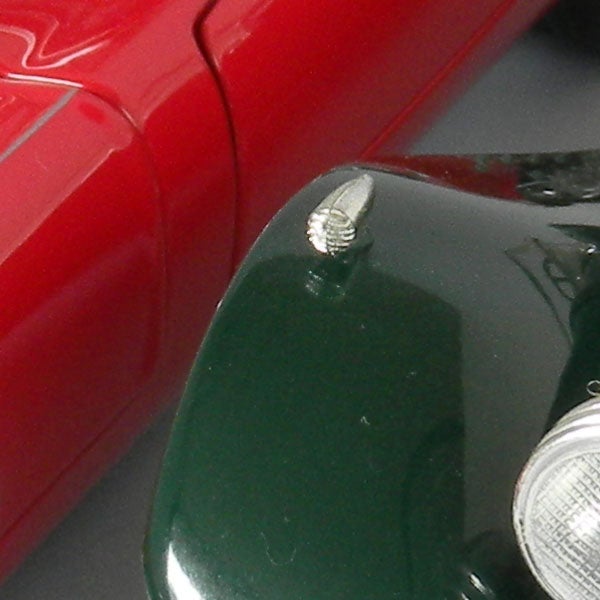 Much the same at 100 ISO, unsurprisingly. 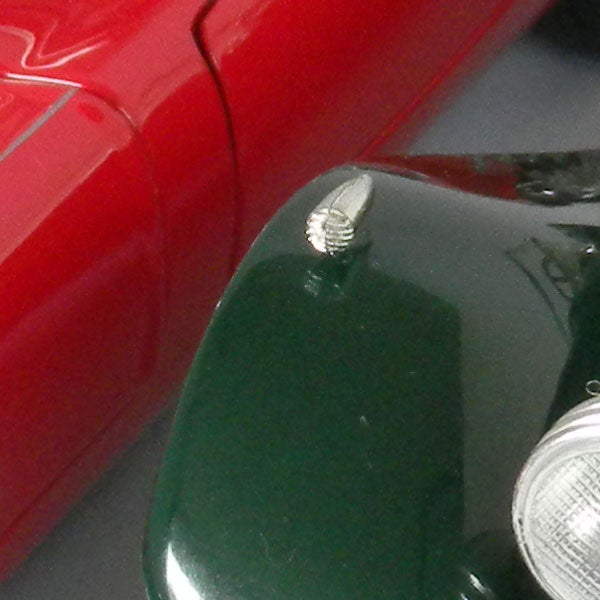 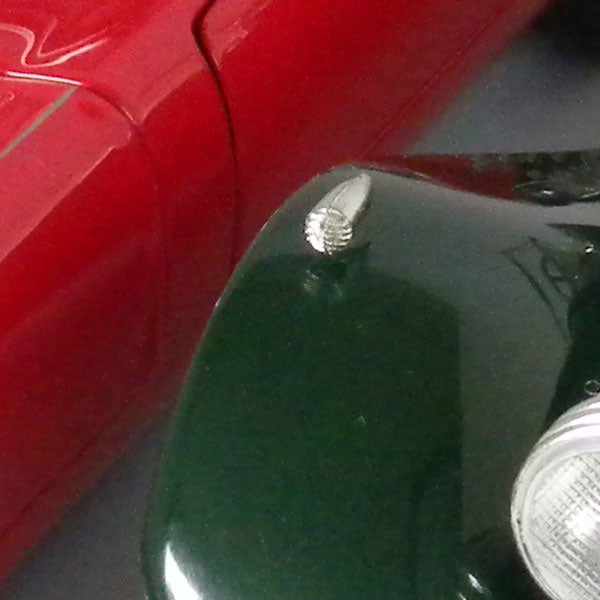 Noise reduction is already blurring out detail at 400 ISO. 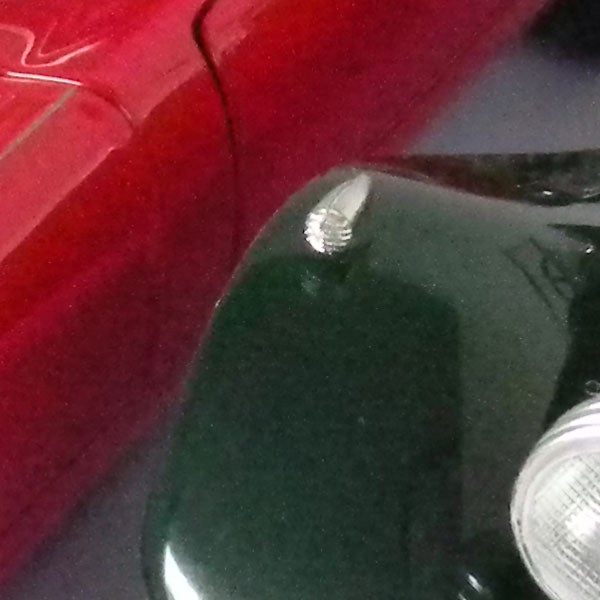 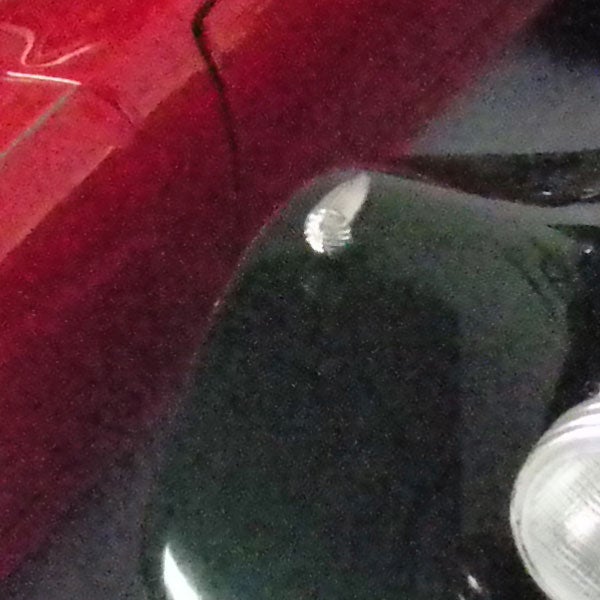 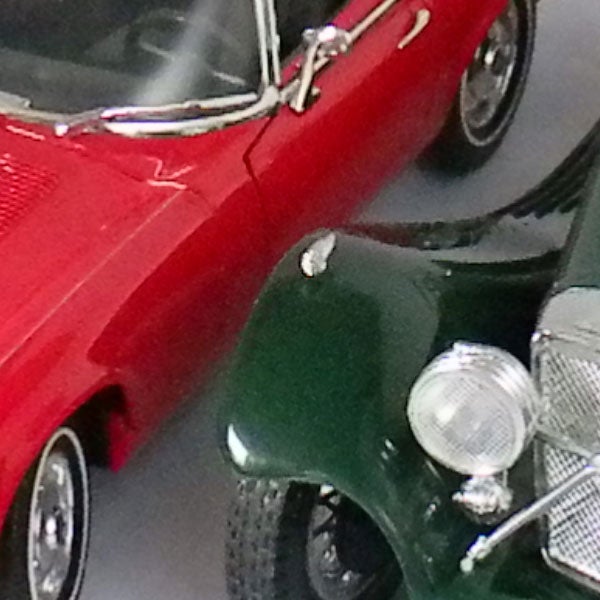 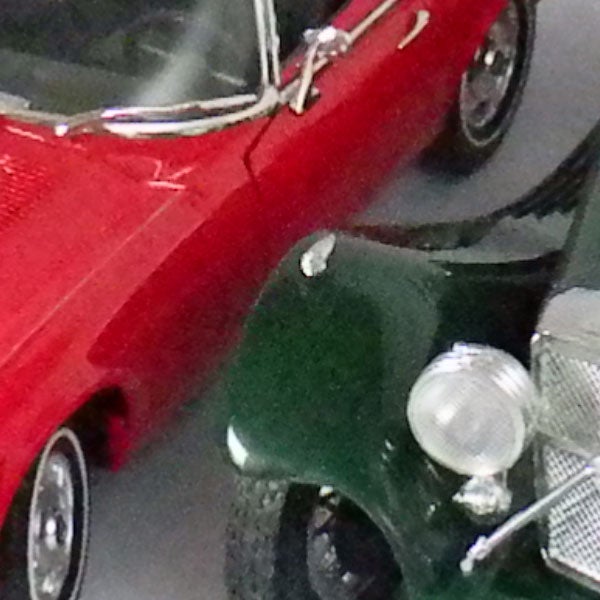 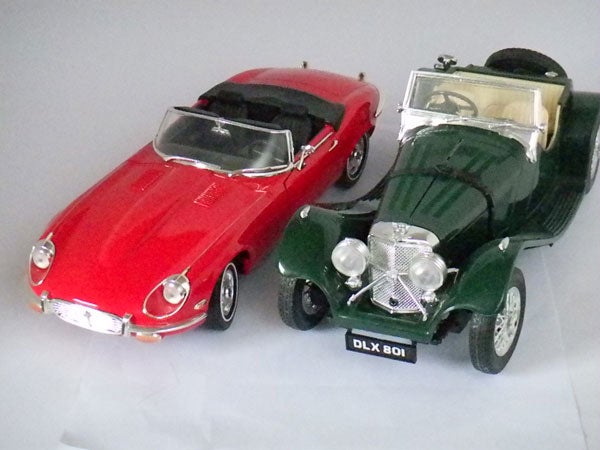 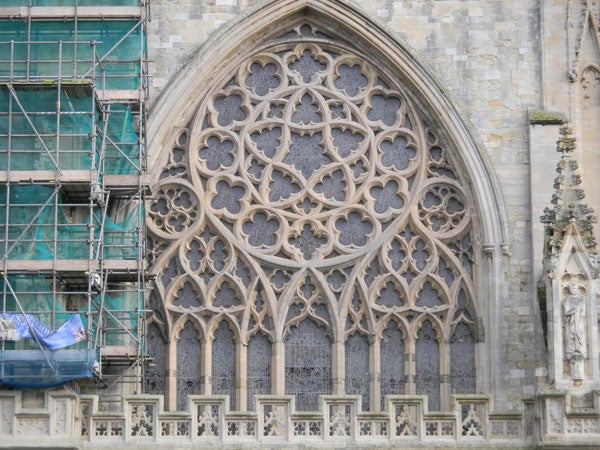 Here’s the usual detail test shot of the West Window of Exeter Cathedral, for you to compare with other cameras. See below for a full res crop, or click to see the whole picture. The downloadable file is approximately 5.4MB. 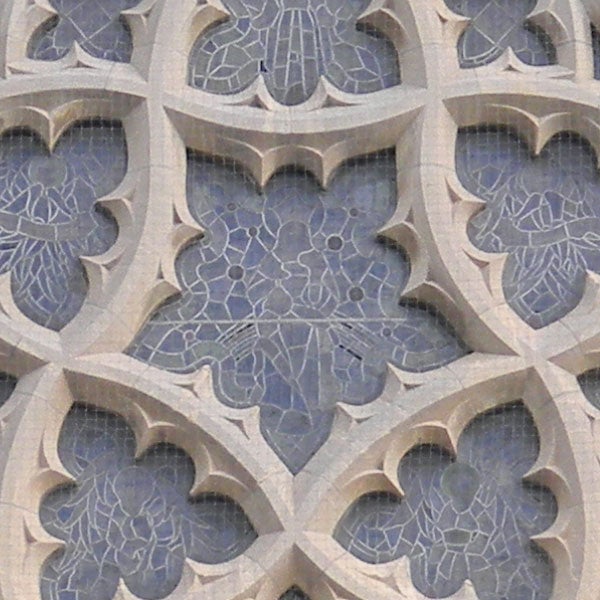 Despite the 12.1MP resolution the re isn’t much fine detail, mostly due to poor optical quality and image noise. 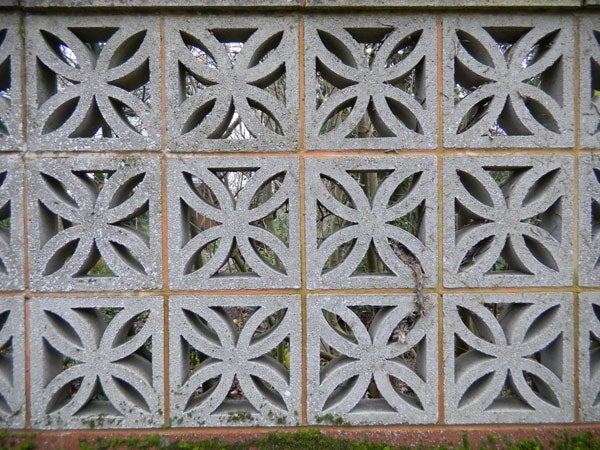 Not much wide-angle distortion, probably corrected in processing. 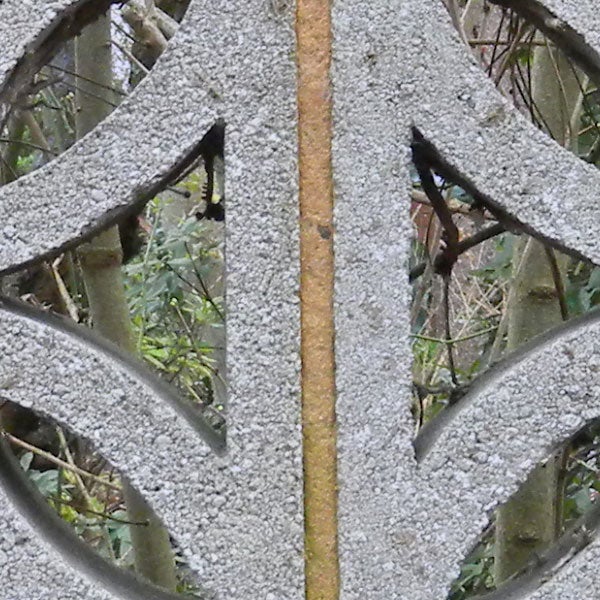 Centre sharpness is adequate, but not by much. 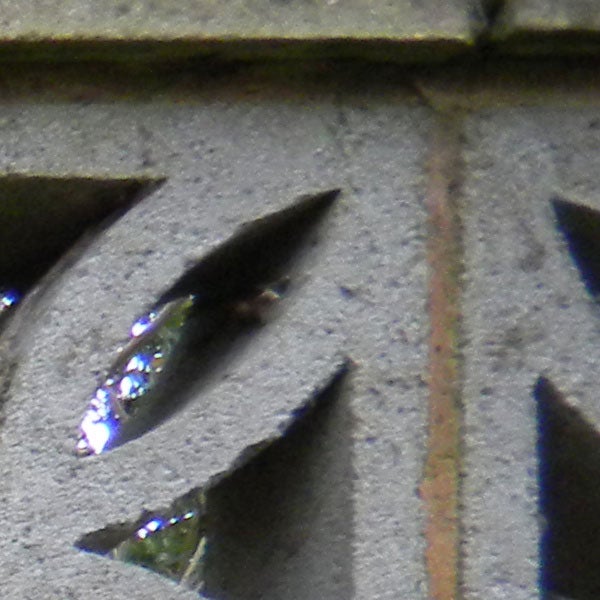 Significant blurring and chromatic aberration all around the edges of the frame. 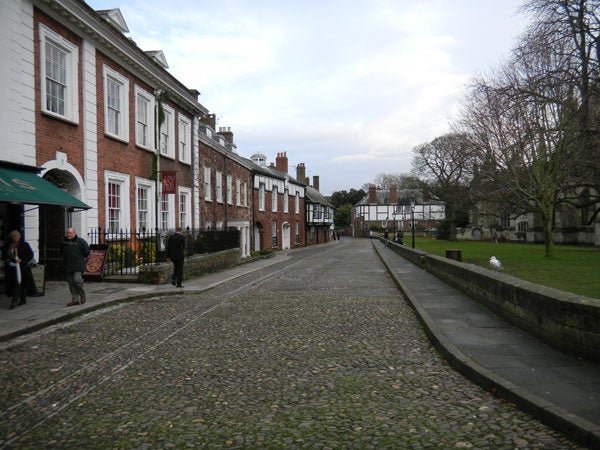 The wide-angle is equivalent to 28mm. 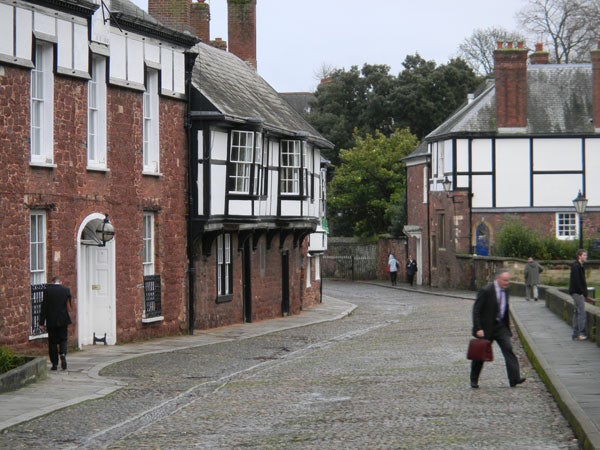 Telephoto is equivalent to 140mm. 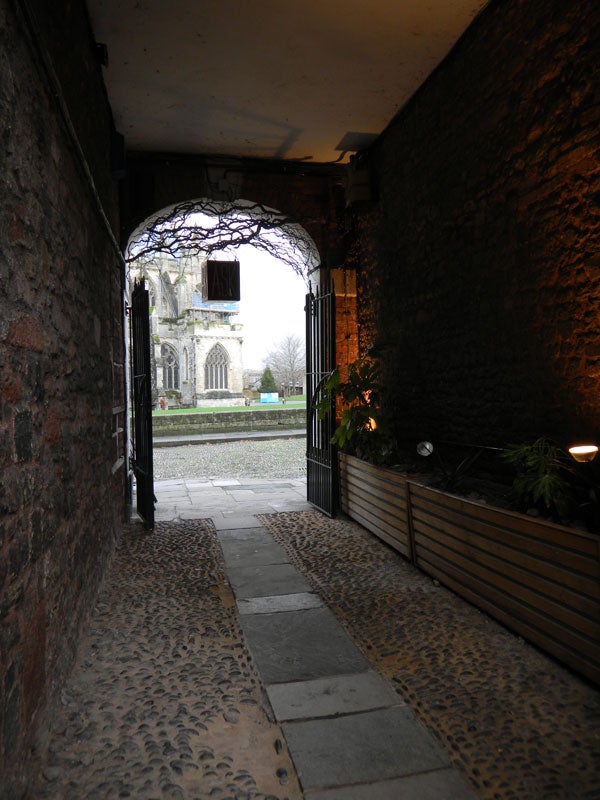 Even with the D-Lighting feature detail is lost in both shadow and highlight areas. 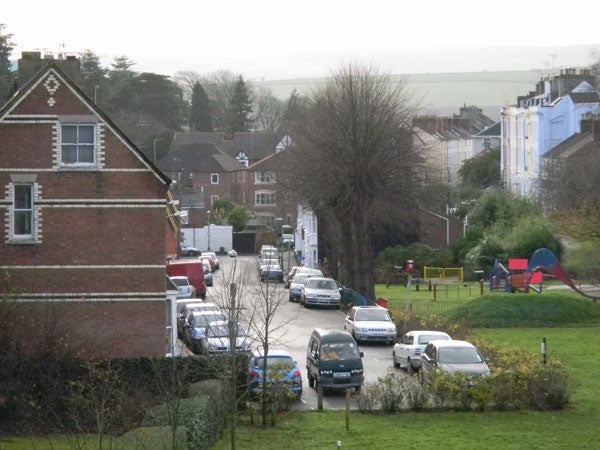 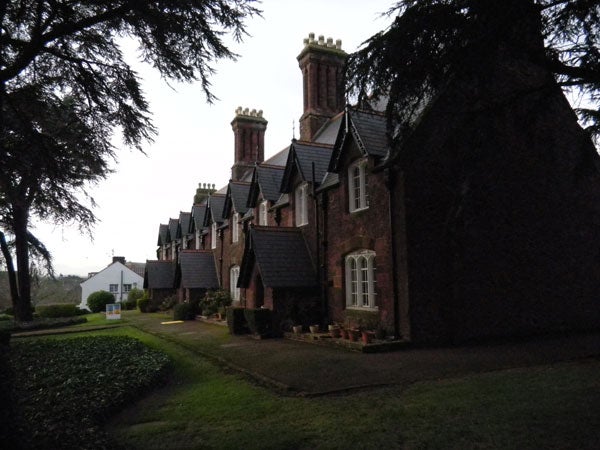