Back in 2002 Nikon launched one of its most successful models, the Coolpix 4500, a powerful high quality 4-megapixel, 4x zoom camera that became a workhorse for all types of specialist photography, thanks mainly to its 28mm filter thread which allowed it to be attached to telescopes, microscopes, spotting scopes and a wide range of other optical devices. Based on earlier swivel-body Nikon cameras dating back to the Coolpix 900 of 1998, the 4500 enjoyed a production run of four years, as testament to its excellent design and superb image quality. 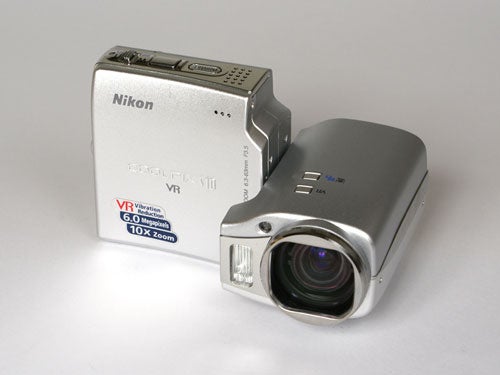 Unfortunately there’s not much room for a four-year-old 4MP camera in today’s market, so Nikon has finally replaced the 4500 with a new swivel-body design, the Coolpix S10, which was launched last month. The new model features a 6-megapixel CCD, a big 10x optical zoom lens, a 2.5in 230,000 pixel LCD monitor, 800 ISO sensitivity and all the latest technical gizmos, including face detection and vibration reduction. However it has lost the one thing that made the 4500 special, that 28mm filter thread. What are all the astronomers, birdwatchers and forensic pathologists going to use now?


The S10 has a recommended price of £299.99, but is available for £245.95 online. It’s expensive compared to other consumer orientated super-zoom cameras such as the Kodak Z650 or Fuji S5600, but cheaper than the more advanced models such as the Kodak P712 or Canon S3 IS. 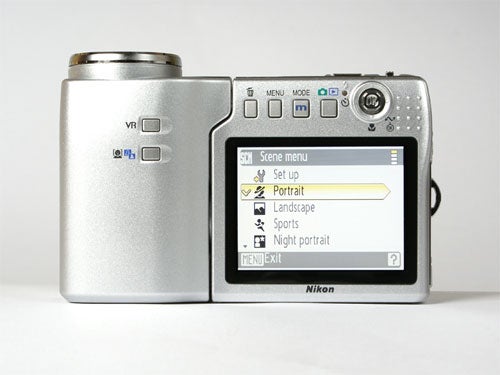 As usual with Nikon cameras, build quality is of a very high order. The swivel mount is reassuringly solid, as are the controls. As with previous swivel-body Nikons, the part housing the lens is made from high-impact plastic while the main part housing the monitor, card and battery is metal, although both are finished in the same matt silver. The lens doesn’t extend or retract, but the camera comes with a snap-on hinged lens cover to protect it when not in use.


The swivel body design is something you either love or hate, and I’ll admit right now that I’ve never been a big fan of it. I’ve been reviewing digital cameras long enough to have tested the Coolpix 900 when it first came out, and I didn’t like it then either. I just can’t get used to the handling, and I’ve had longer to try than most. Some people really seem to like it though, so I guess it’s just a matter of taste.

The design does have two significant advantages though. First and most obviously, the lens can swivel 270 degrees relative to the monitor screen, including pointing straight back at the user, so it’s great for including yourself in the shot.


Second, it does allow a large lens to be used in a fairly compact camera. Larger lenses are usually better because fewer optical compromises have to be made in their design, and indeed the S10’s lens is very good, especially at the longer focal lengths. It has a maximum aperture of f3.5 at all focal lengths, which is unusually good given its focal length range. It does suffer from some spherical distortion at the wider end, which is only 38mm, but I’ve seen far worse. 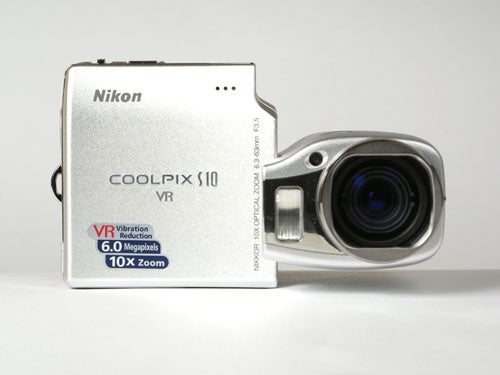 Overall performance is about average for a camera in this class, with a start-up time of around two seconds. It has no continuous shooting mode, but in single shot mode it can take a shot every three seconds, which is a little on the slow side. In its highest resolution and quality mode file sizes are around 2MB, quite small for a 6MP camera, which means that a 1GB SD card is enough for approximately 336 pictures.


The S10 is aimed strictly at the snapshot end of the market, and has no manual exposure options. Even exposure compensation is relegated to a menu option. It does have a good range of scene program options though, many of which have extra sub-options for particular circumstances. They’re a bit fiddly to use, since they have to be accessed via the menu, but they can help with creative photography. 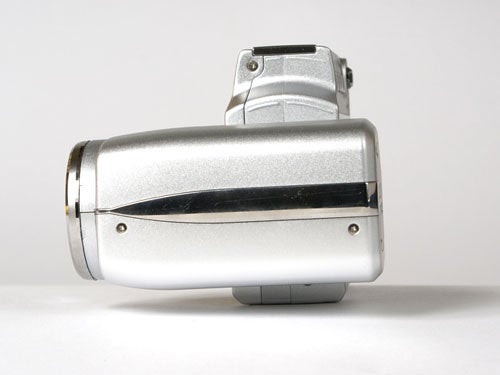 Although the S10 is very sleek and stylish to look at, it’s not a small camera. Measuring 112.5mm long, 74.5mm high and 40.5mm wide when folded flat, and weighing 220g without its battery, it’s nearly twice the size and weight of typical current pocket compacts.


It’s more comparable in size and shape to a compact digital video camera. In fact it is possible to rotate the orientation of the video shooting mode so you can hold it upright like a video camera while shooting. It has a video mode with the now-standard 30fps VGA capability. However you can’t use that nice 10x optical zoom while shooting video, just 4x digital zoom. 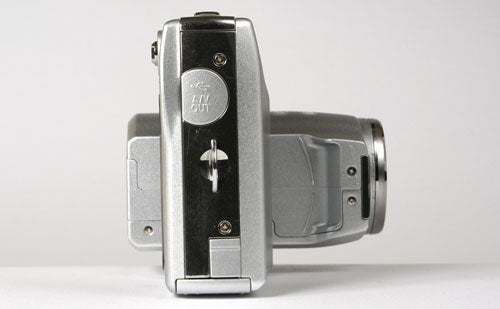 When shooting stills however, the combination of a powerful, fast high quality zoom and Nikon’s new moving-sensor vibration reduction system looks very tempting. An aperture of f3.5 at the equivalent of 380mm is exceptionally fast, and the VR system is supposed to provide an extra two stops of shutter speed, so shooting sharp hand-held telephoto shots should be a breeze. Indeed, telephoto pictures are sharp, highly detailed and shake-free. Unfortunately there is one major drawback to the S10’s performance that really limits its usefulness.

The camera’s AF system is a little slow in most circumstances, contributing to its less-than-sparkling performance, however at higher zoom settings it becomes incredibly slow, hunting backwards and forwards a couple of times before hesitantly locking on to the subject. In good light at close to full zoom it can take well over two seconds to focus, which is hopelessly slow if you’re trying to photograph any sort of action. Low light focusing is also rather poor, and the AF lamp only has an effective range of about 1.5 metres. It’s really not the sort of performance I’d expect from a Nikon, especially a key model like this one.

There is another serious issue that I must mention, and it is to do with the camera’s handling. If you look at the accompanying photos, you’ll see that the S10 has a clearly defined thumb grip at the top right of the back panel. Note also its position relative to the monitor screen. If you hold the camera in the usual manner so that you can comfortably operate the shutter button, in fact as shown in the camera manual, then your thumb will partially obscure the monitor screen.


Admittedly I’ve got fairly huge hands, and my thumb was covering about a quarter of the right side of the screen, but even with smaller hands anyone using this camera is going to have the same problem. There’s just no comfortable way to hold the camera so that you can operate it and still see the whole screen. Surely someone involved with the design of this camera should have noticed this. Does the word ergonomics ring any bells? 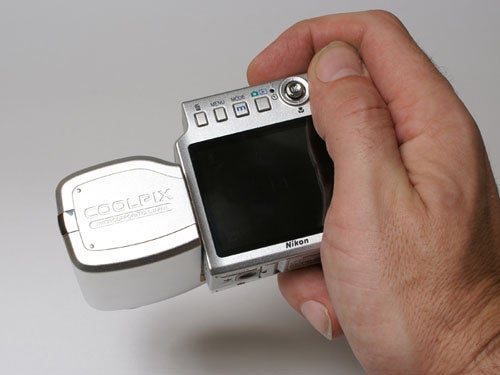 It’s a shame that the experience of using the S10 is marred by these faults, because it is capable of producing good results. Colour rendition and exposure are very good, although dynamic range is a bit limited and very high contrast shots tend to be rather dark and murky. The big lens has excellent resolving power and is capable of capturing lots of very fine detail, and once it’s got around to focusing, pictures are sharp and crisp, especially at the lowest ISO settings. As I mentioned there is some spherical distortion at the widest angle setting, but it isn’t too severe.


The S10 has a good range of ISO settings, and noise control is exceptionally good. Even at the maximum 800 ISO image noise and colour distortion are kept to an acceptable minimum, producing usable shots even at this setting. The only real problem with image quality is the amount of compression. The image files are about 2/3rds the size of those produced by most 6MP cameras, and some images have heavy artefacting as a result.


The Nikon Coolpix S10 is a well-made and attractively finished camera with some useful capabilities, excellent noise handling and is capable of producing good results under the right circumstances. However, lacklustre performance, terminally slow AF, poor low-light capability and awkward handling limits its appeal. It is also expensive compared to rival cameras with superior performance, so the overall outlook is bleak. 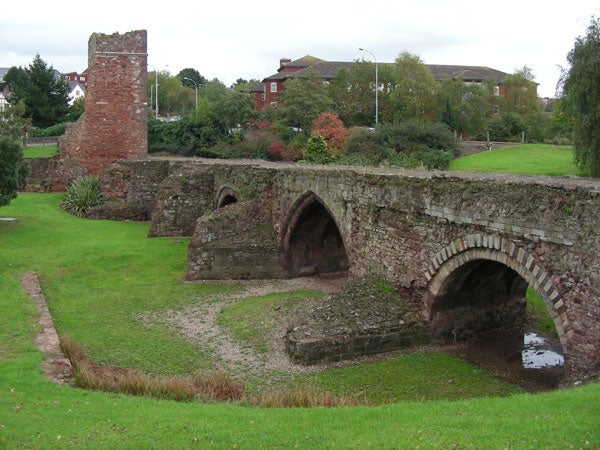 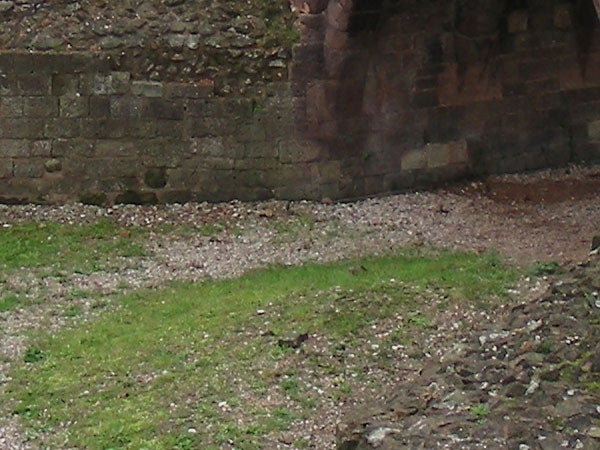 At the lowest ISO setting there is almost no visible noise and plenty of fine detail, but the image does look a bit over-sharpened. 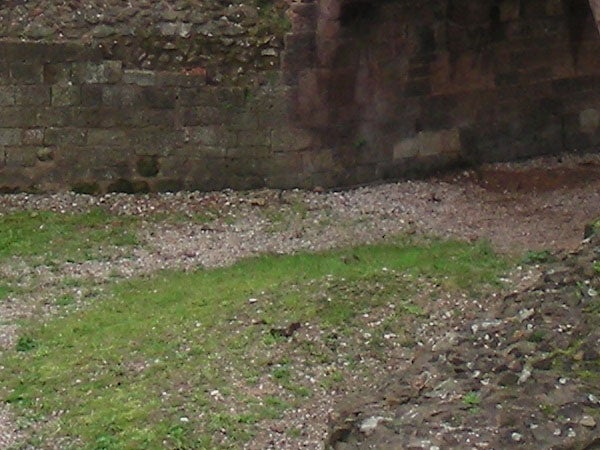 At 100 ISO the image actually looks a bit better than the previous shot. There’s still no noise, and the sharpening seems a bit less severe. 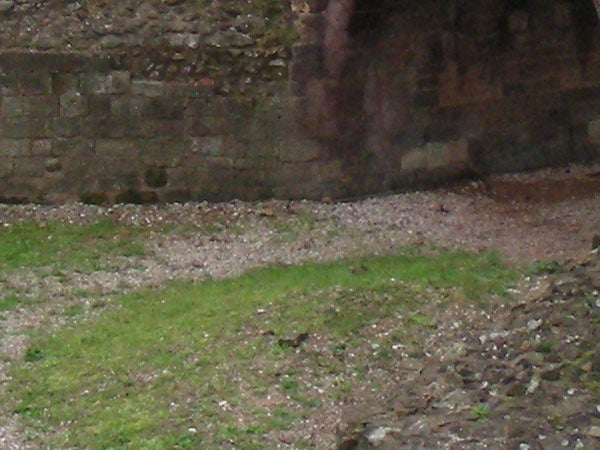 At 200 ISO the noise reduction system has reduced the level of fine detail slightly and contrast is slightly reduced, but the image is still largely noise-free. 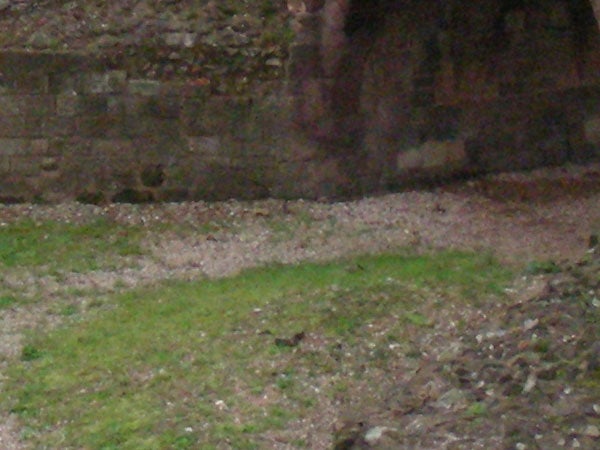 At 400 ISO more detail has been lost to noise reduction, and there is some colour distortion in the darker areas. 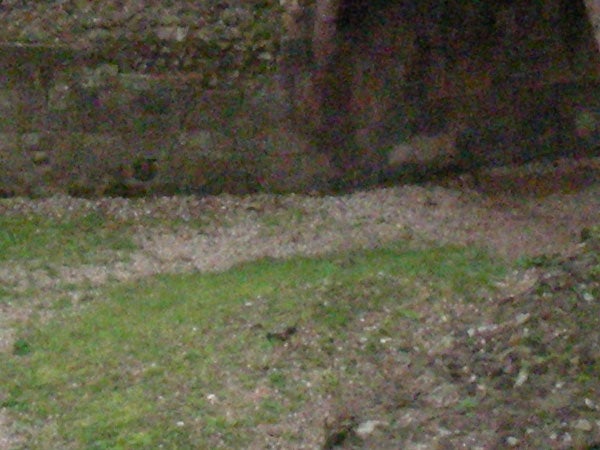 At the maximum ISO setting there is some image noise visible across the entire image, and contrast is greatly reduced, but overall the result isn’t too bad and would print out fairly well. 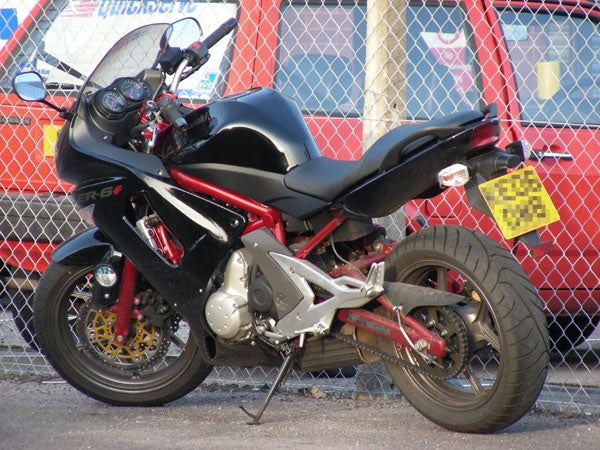 See the shot below for a full-resolution crop to show the level of fine detail. 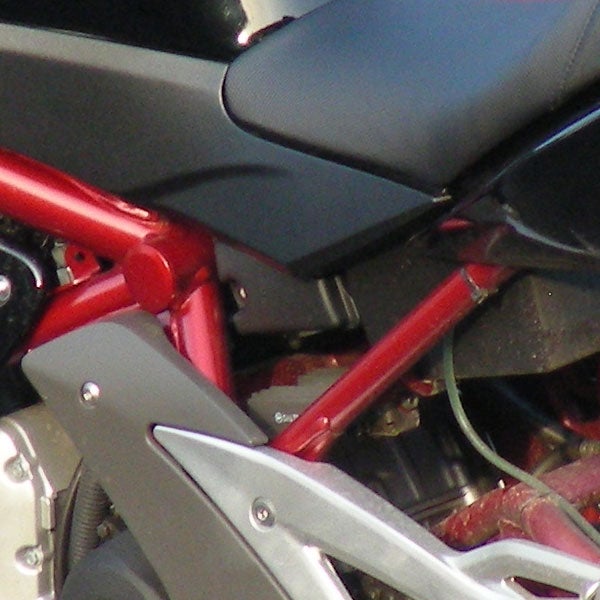 This is a 600×600 pixel crop of the centre of the image above. There’s plenty of fine detail visible, but also a little colour distortion in the darker areas, and some compression artefacts. 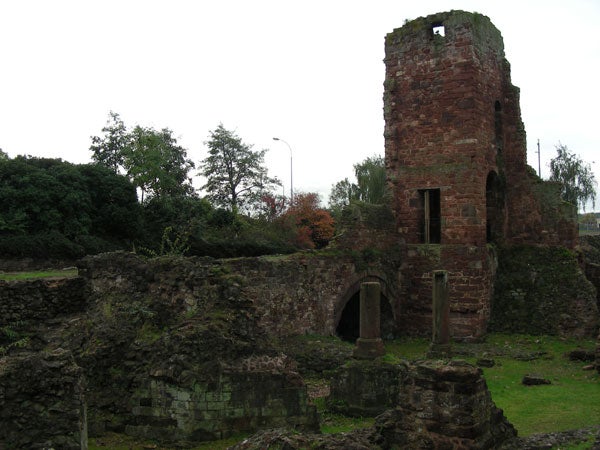 Shooting into what little light was available, this high-contrast shot is a bit murky. The weather can take some of the blame for this though. 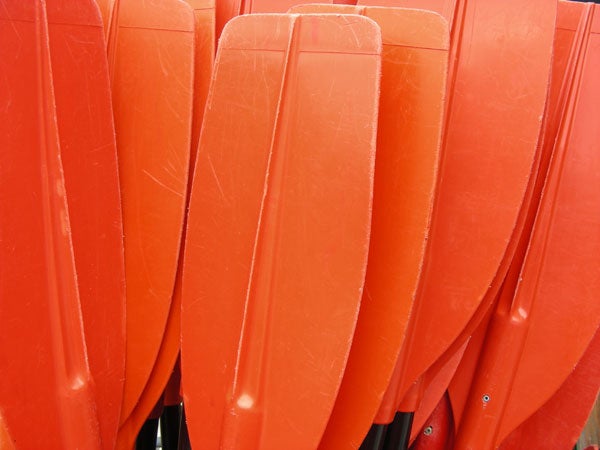 Colour rendition is superb, and the auto white balance system isn’t confused by the large area of bright colour in this shot. 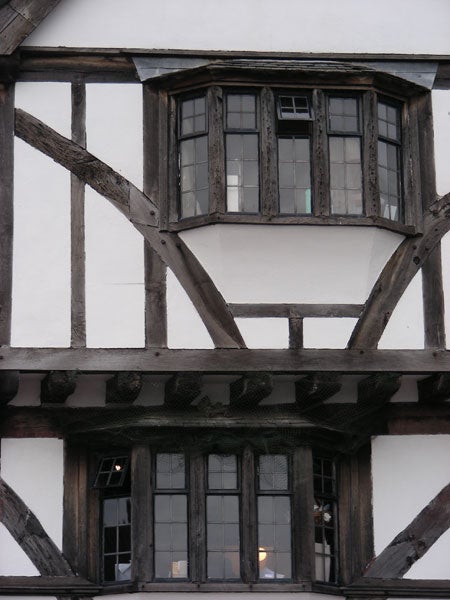 The zoom control is nice and responsive, allowing careful framing. 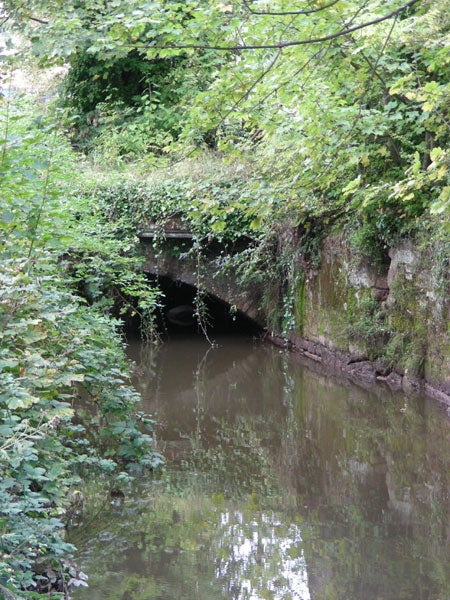 Taken at 1/35th of a second at a focal length equivalent to 148mm hand held, this shot is pin sharp thanks to the moving-sensor VR system. 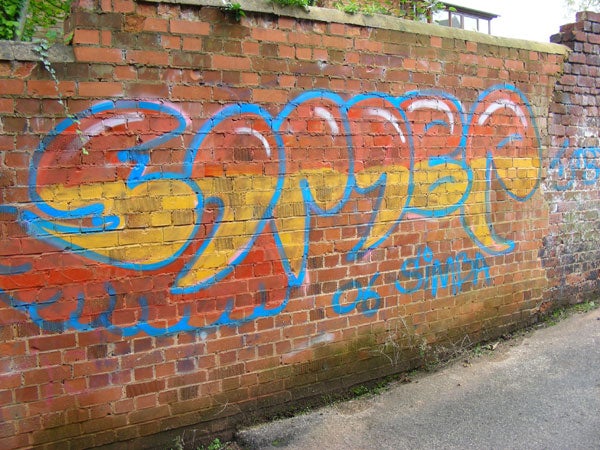 Another low-speed shot, but this time showing the subtle but effective vivid colour mode. 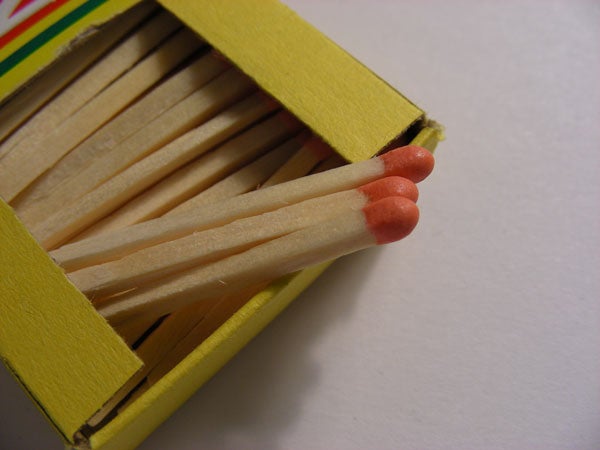 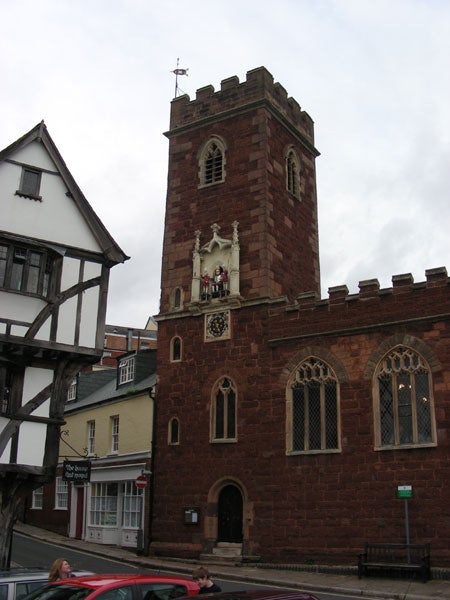 The wide end of the zoom range is equivalent to 38mm, about average for a compact zoom camera. 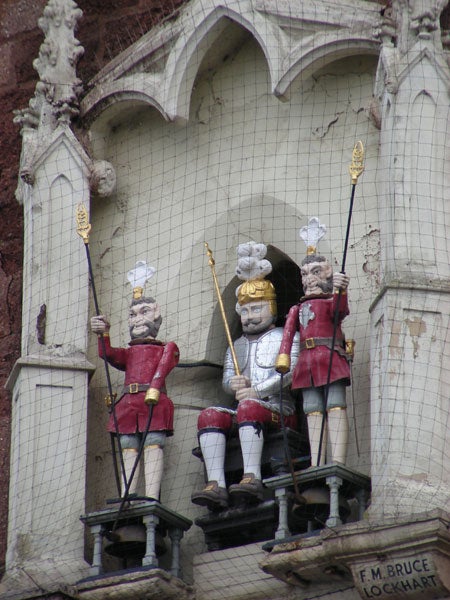 Taken from the same position as the shot above, this one was taken at the maximum zoom setting, equivalent to 380mm. It was shot hand-held at 1/160th of a second.