What is the Nikon Coolpix P520?

Bridge cameras, which combine advanced manual controls and superior image quality into a compact shell, have always been popular, particularly among enthusiasts. The Coolpix P520 is the latest model in the long-running Nikon P-series range and it breaks new ground, with a huge 42x optical zoom that’s greater than any previous camera in the range. 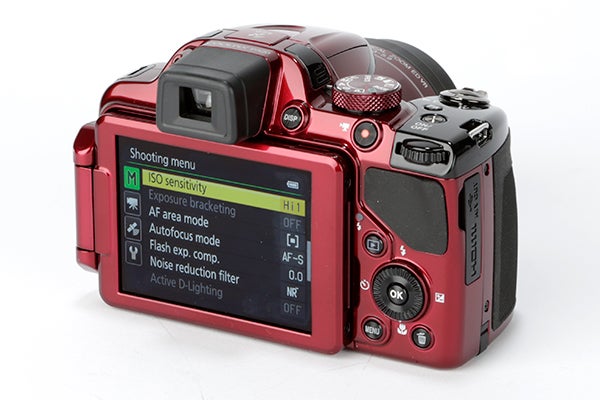 That 42x optical zoom is equivalent focal range of 24-1000mm in 35mm terms. Nikon’s taken steps to relieve any image shake issues by fitting the lens with a lens-shift VR system, as well as an ‘Active’ shooting mode, but the maximum aperture of f/3 at the wide end of the zoom to f/5.9 at the tele end is a little behind the P520’s closest rivals.

At the core of the camera sits the model’s 18.1MP, 1/2.3in sensor. Although it doesn’t follow the recent trend of fitting compact cameras with larger sized sensors to aid image quality, the sensor is of the backlit variety and as a result should handle noise well, as well as offering full HD video capture with stereo sound.

The sensor covers an ISO range of 100 to 3200 as standard, with the option to shoot in either the Hi1 or Hi2 extended settings of 6400 and 12800. The presence of Nikon’s EXPEED C2 image processing engine adds lots of benefits to the camera’s base level performance, as well as aiding performance at high ISO settings it facilitates a maximum burst speed of 7fps at full resolution, albeit for just 7 frames.

On the rear of the Nikon Coolpix P520 sits one of the most impressive elements of the – the LCD screen. It’s 3.2-inches with a 921k-dot resolution, which means it’s slightly sharper than its peers. It’s also mounted on a side hinge, so it can be pulled away from the camera and rotated around to either face the subject or allow either high or low angle shooting – i.e. over the heads of crowds, or low to the ground. If the LCD isn’t enough there’s also an EVF located just above it, although unfortunately this only features a 201k-dot resolution and as such is a touch underwhelming.

One final cornerstone of the P520’s spec is the built-in GPS. This not only tags your photos with geo location data, it has a points-of-interest database that automatically recognises landmarks when used with the supplied software. 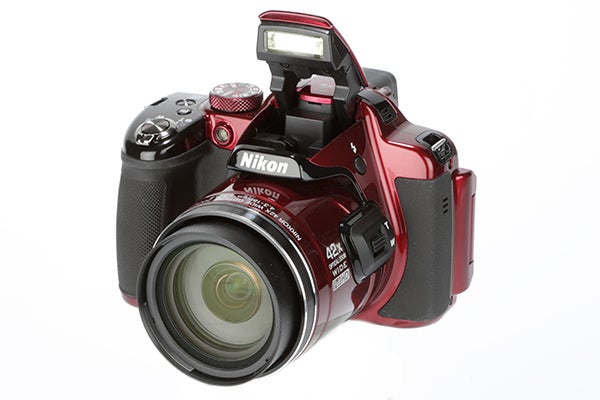 On first impression, the Nikon P520 is noticeably lighter than some rivals. That’s a good thing, of course, but this weight and a polarising glossy finish make it feel a tad cheap.

There are elements of the design to admire, however. For example, the Fn button is located on the camera’s top plate and is perfectly accessible to offer quick adjustments to key controls, such as ISO and metering modes. The mode dial is also well-engineered, while the command dial on the rear of the camera is well-defined – two basic elements that can often be overlooked on cameras such as these.

There are two zoom controls – one located on the top plate next to the shutter release, and a second along the barrel of the lens. The control on the lens is a nice idea, but it’s not that useful – more often than not you’ll use the control located by the shutter release. We reckon a far better use of the lens barrel would be some sort of control over manual focus, or at least a user-assignable button.