The CoolPix P5000 is a significant camera for Nikon. For the past couple of years the company has been concentrating its efforts on its successful and growing range of digital SLRs, and its ever-changing line-up of consumer-level pocket compacts. As a result it’s been a while since Nikon has produced anything else, dumping super-zoom cameras from its range entirely, and leaving the market for medium-zoom high-end compacts to its main rivals Canon. The last time Nikon produced a compact camera aimed at enthusiasts it was the CoolPix 8400, launched in 2004 and long since discontinued. 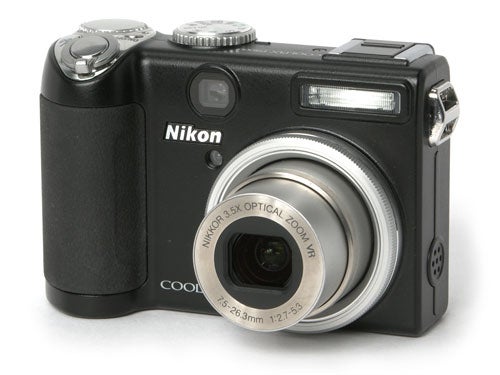 With the launch of the CoolPix P5000 in February this year, Nikon has returned to that market, and at first glance at least it looks like it means business. The P5000 is a rugged and practical-looking medium-sized 10-megapixel compact with a 3.5x zoom, f/2.7–5.3 lens (equivalent to 36-126mm), optical image stabilisation, a full range of manual exposure and metering options, an optical viewfinder and a hot shoe for an external flash. For the gadget fans there are an optional wide-angle adaptor and a 3x teleconverter available. In design and specification it is clearly intended for more serious photographers than its typical compacts.


The most obvious comparison for the P5000 is Canon’s impressive PowerShot G7. They are both expensive high-end cameras aimed at enthusiasts, but at around £240 the P5000 is significantly cheaper than the G7, which currently costs about £290. However the G7 also has a 6x zoom lens, and is quite a bit larger and heavier. Perhaps a more valid comparison would be the 4x zoom Canon PowerShot A640 (£219) although that camera lacks a flash hot-shoe. 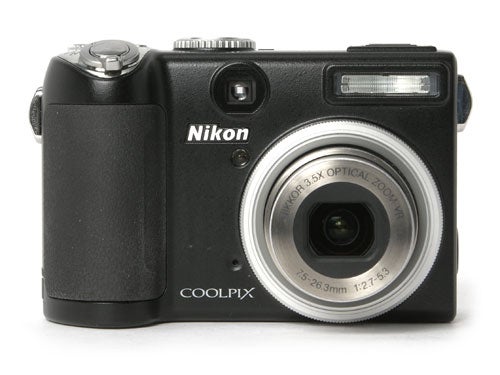 Unlike the other two cameras in the premium P-series, the P3 and P4, the design of the P5000 is very functional, with a rectilinear body made mostly of magnesium alloy, a large rubberised handgrip and a row of buttons beside the 2.5-in, 230k monitor that are clearly intended to resemble those on the back of an SLR. Another SLR-like feature is the command dial on the top plate, used for altering shutter speed and aperture in manual exposure mode, and well as for some menu functions. Considering the relatively large number of external controls on a fairly small camera, the control layout is surprisingly uncluttered, leaving room for a large, secure rubberised thumbgrip.

The most important control is the 10-position mode dial on the top plate, which carries the five main exposure modes; manual, shutter and aperture priority, program and full auto. The program exposure mode is flexible, and automatically selected settings can be altered via the command dial. As well as these there is an anti-shake auto mode which combines the VR optical image stabilisation ISO 1600 to reduce movement blur, a high-ISO mode which also sets ISO 1600, a scene mode with 17 scene programs including face detection in portrait mode, and a movie mode with VGA 30fps performance. The mode dial also has a Setup mode, something which is more usually found on the menu system. By placing it on the main dial, the P5000’s menu is reserved entirely for shooting options. There are quite a few to choose from, including four metering options, single or continuous AF with selectable areas, auto bracketing, an interval timer and flash exposure compensation. Speaking of the built-in flash, it is exceptionally powerful, with a range of a big eight metres in wide-angle mode, or four metres when zoomed in. Modes include slow sync and second-curtain sync. 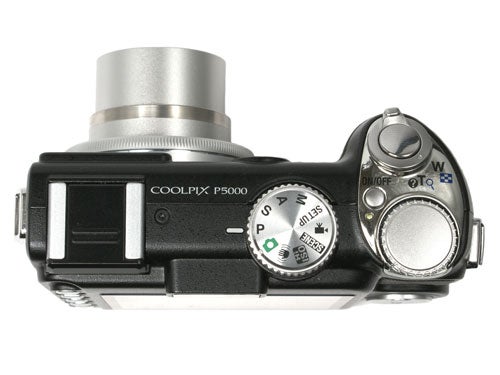 The P5000 has a useful selection of features, but there are several options which are notable by their absence, such as manual focusing, manually adjustable white balance, or any manual adjustment for saturation, contrast, sharpness or colour balance, other than a few standard preset colour options. It also lacks a RAW mode, but then so does the Canon G7. I’ve seen a couple of other reviews of the P5000 that talk about its “SLR-like level of control”, but that’s simply ridiculous. It has exactly the level of control you’ll find on most other high-end compact cameras. Its range of available shutter speeds in manual mode is 8 – 1/2000th seconds, and the aperture range is f/2.7 –f/7.6. These are good for a compact, but nothing like the range of control you’d get on an SLR. 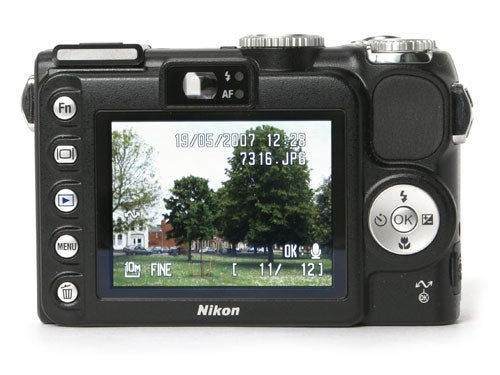 For a camera that wants to be taken seriously, the P5000’s overall performance is rather disappointing. It starts up in around 2.5 seconds, which doesn’t sound too slow until you compare it to the 1-second start-up of the Canon G7. However it is the AF system that really lets the side down, as it has with many other Nikon compacts that I’ve tested recently. Even in good light it takes at least a second to lock on; at telephoto zoom settings or in lower light it can take two or three seconds, which is woefully slow for a camera with serious photographic pretensions, and positively embarrassing when compared to the fast compact camera AF systems used by Canon, Casio, Ricoh and many other manufacturers.

Shot-to-shot times are also unimpressive. In single-shot mode the P5000 takes on average three seconds per shot, while in continuous mode it can manage six shots in about nine seconds, but then the buffer fills up and it slows back down to one shot every three seconds. There is also a flash continuous mode, but this can only fire a burst of three shots. 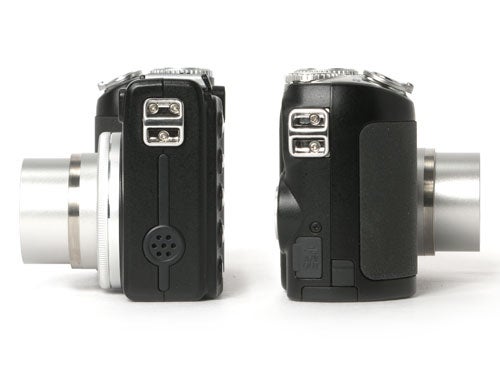 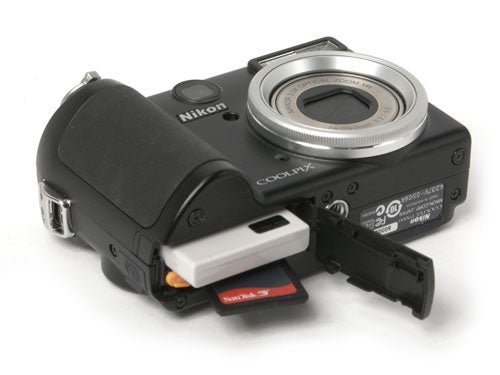 Fortunately the P5000 does have one major saving grace, and that is its excellent image quality. It has a 1/1.8-in type sensor, giving it superior noise characteristics and greater dynamic range than most small compacts, as well as practically eliminating the recurring problems of purple fringes around highlights. The lens is also pretty good, and although it does suffer from significant spherical distortion at wide angle, edge sharpness is very good and there is virtually no chromatic aberration. Despite the relatively strong file compression (average JPEG size is around 2.7MB, very small for a 10MP camera) there don’t appear to be any major problems with compression artefacts. Exposure and colour rendition are outstandingly good, producing rich well-saturated images with good tonal range and plenty of sharp detail. It may take a while to focus on a scene, but the results are usually worth the wait.

The Nikon CoolPix P5000 isn’t the top-drawer semi-pro compact that many were hoping for, but it is a well-made and well-specified camera suitable for more experienced photographers. Its lack of performance and slow AF system are handicaps, but comfortable handling, a good range of options and features, and excellent photographic results more than compensate. 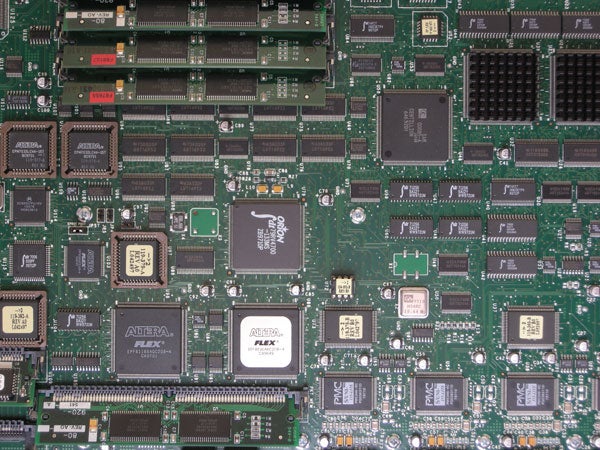 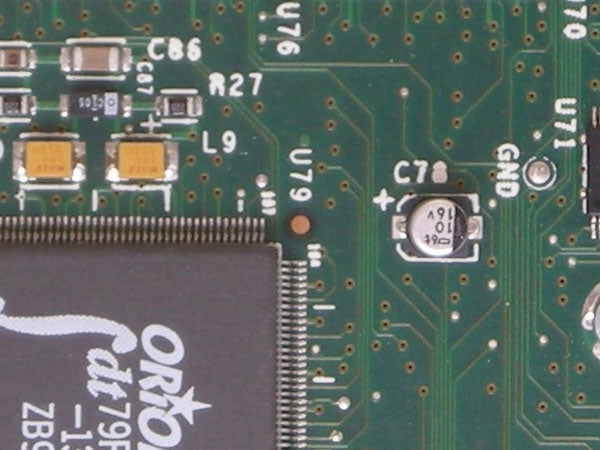 At the minimum setting of 64 ISO there is no image noise despite the 1-second exposure, and the picture is sharp and well detailed. 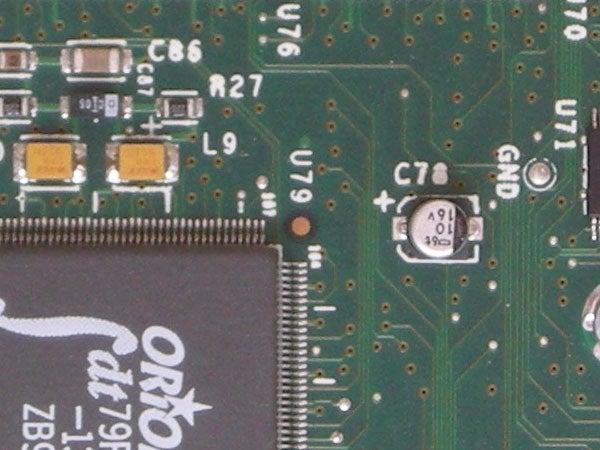 At 100 ISO there is a little colour distortion due to the long exposure time of 0.5 seconds. 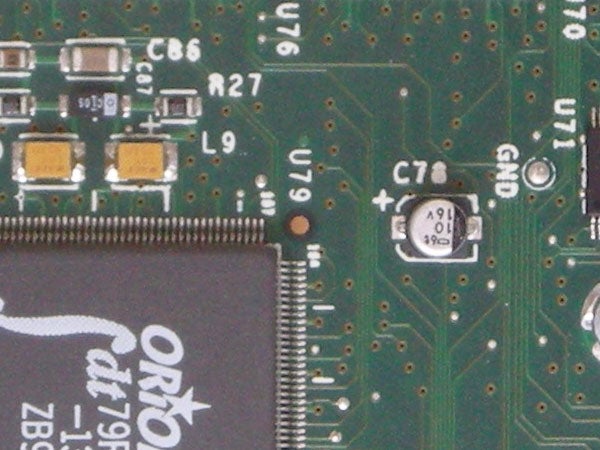 At 200 ISO there is virtually no change. 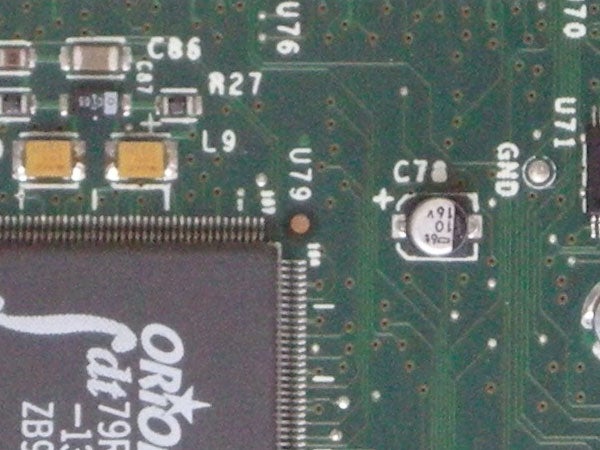 Slightly more noise at 400 ISO but the picture is still very printable. 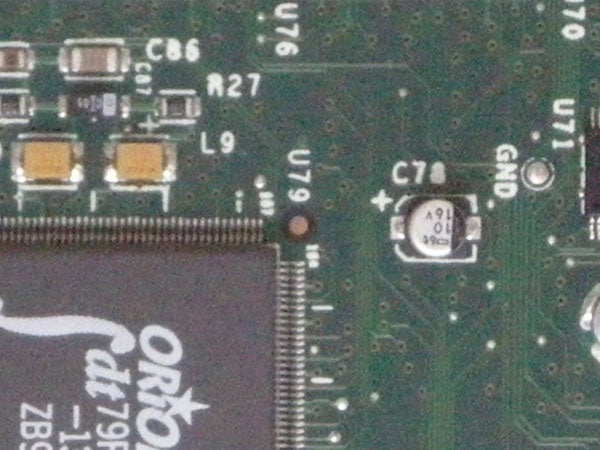 Progressively more noise at 800 ISO, but the overall level of detail remains good and colour balance is unaffected. 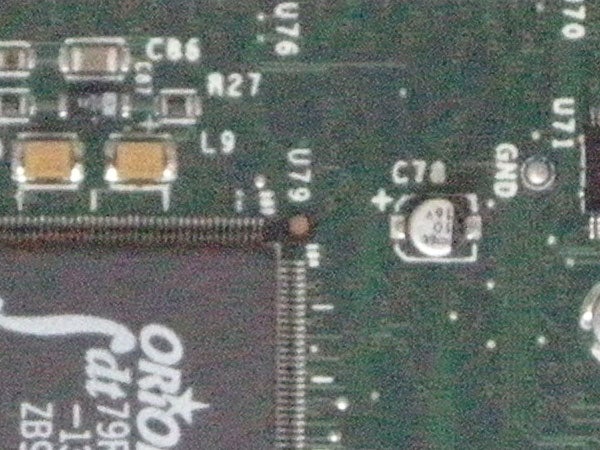 At 1600 ISO there is a notable increase in image noise, and the level of visible detail drops off sharply. 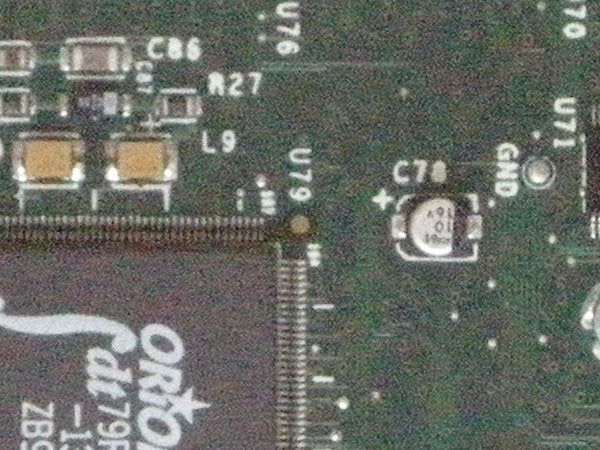 At the maximum full-res ISO setting of 2000, there is a lot of image noise and now the colour balance is off too. 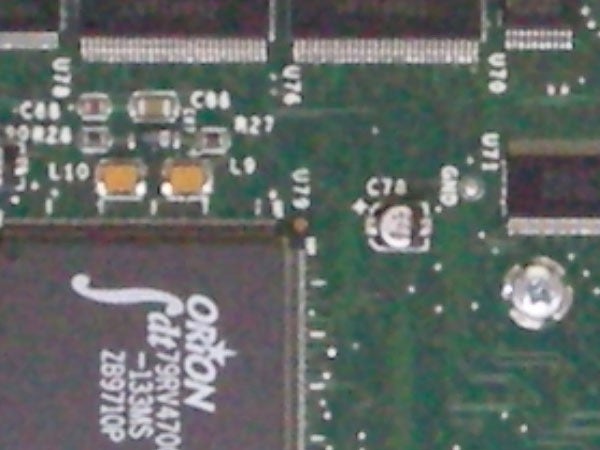 The absolute maximum of 3200 ISO, but only at 5MP resolution, so image quality is a lot lower. 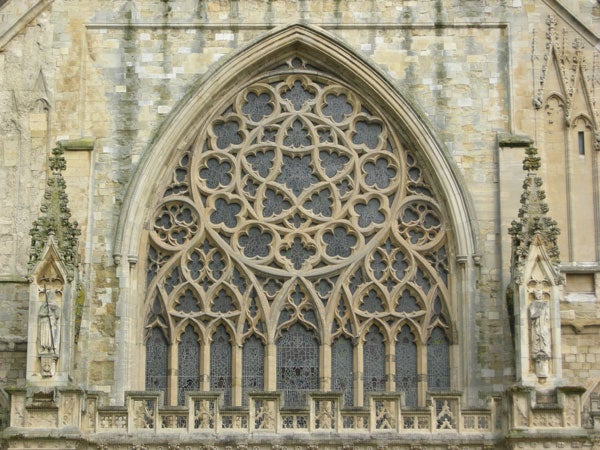 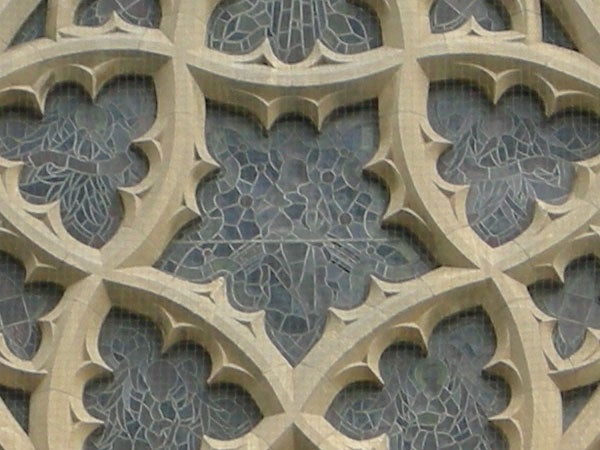 The level of detail is very good, comparable with the best of the 10MP compacts. 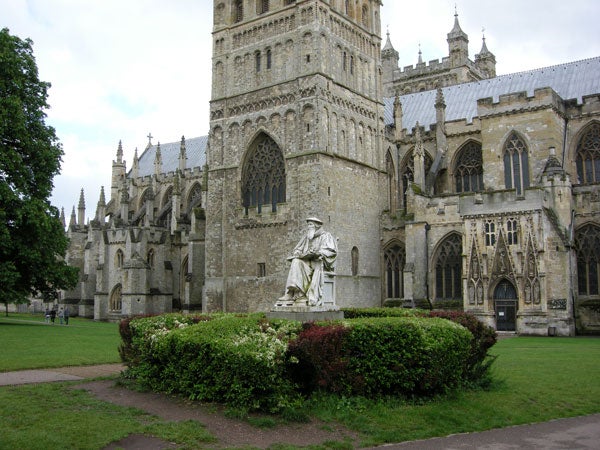 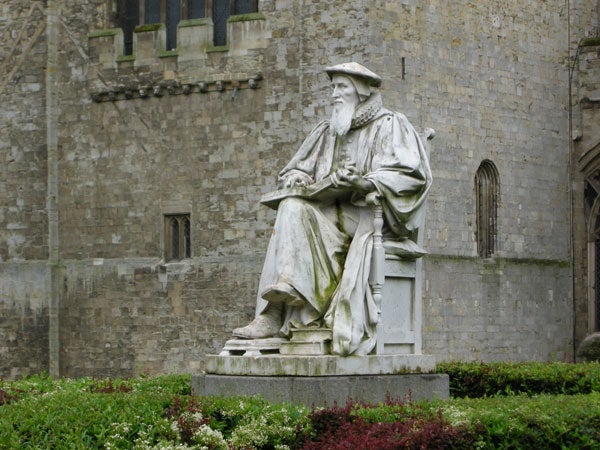 The telephoto end is equivalent to 126mm. 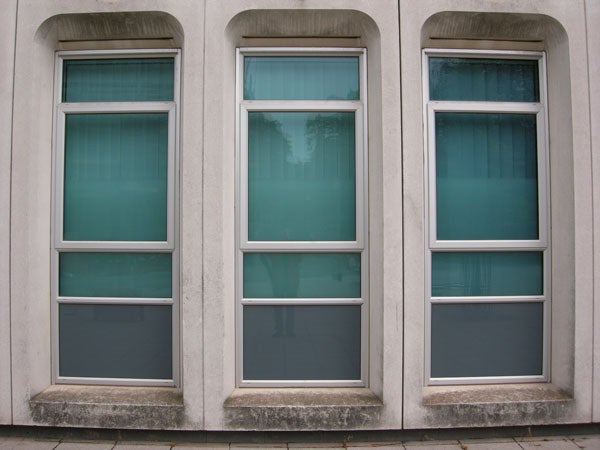 The lens is nice and sharp, but does produce some spherical distortion and wide angle. 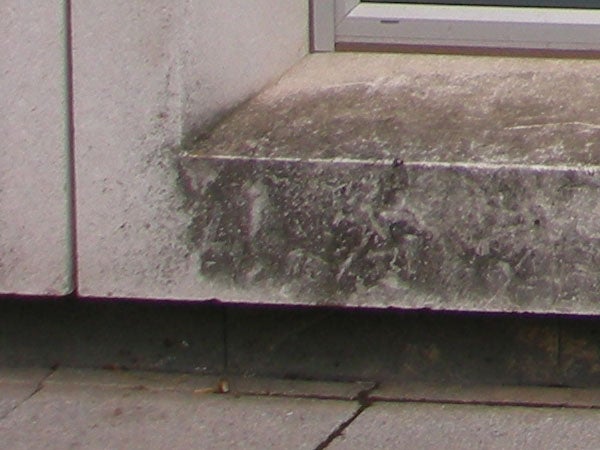 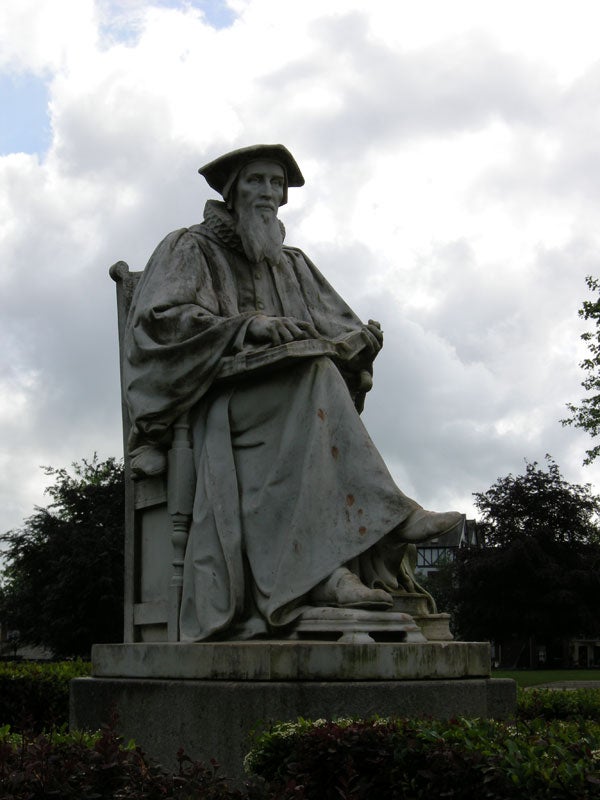 Shooting into the light, the exposure system has coped well with the difficult shot, and there is plenty of dynamic range. 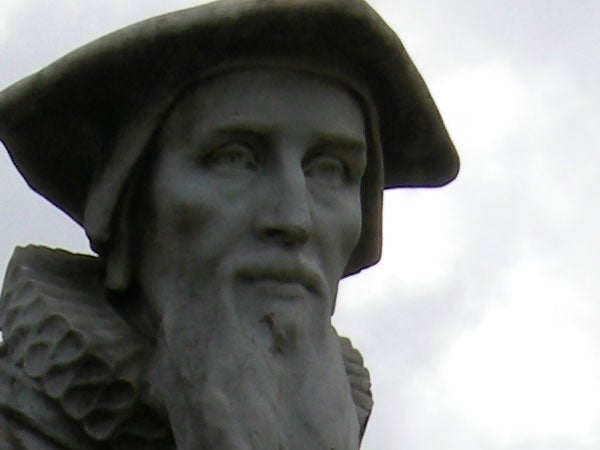 Almost no purple fringing on this high-contrast edge. 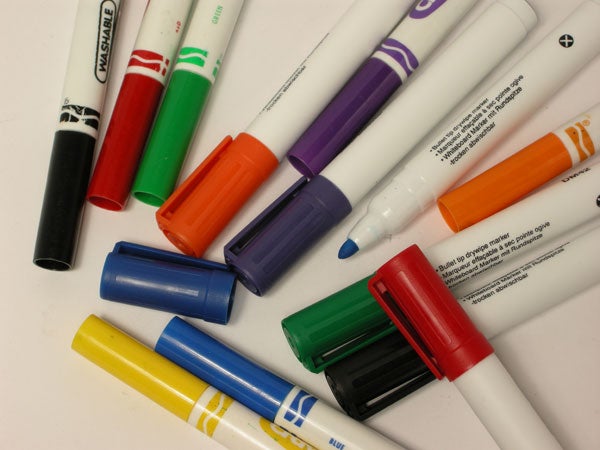 Colour rendition is excellent, and this shot was lit with an external flash triggered from the hot-shoe. 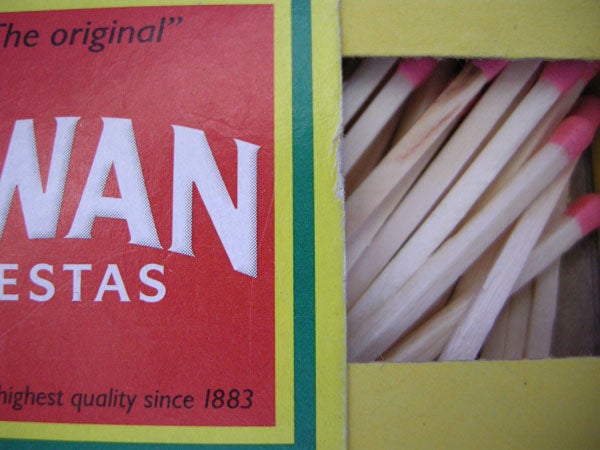