While photography enthusiasts – myself included – will usually prefer an expensive complicated camera with lots of manually-controllable features, such as exposure, focusing and colour profile, it’s important to remember that the majority of people who are buying a new camera are looking for the exact opposite. They want something that is reasonably cheap, quick and easy to use, and which can produce good pictures with virtually no effort at all. It’s this demographic that Nikon is targeting with its two latest L (for Lifestyle) series models, the CoolPix L19 and L20. 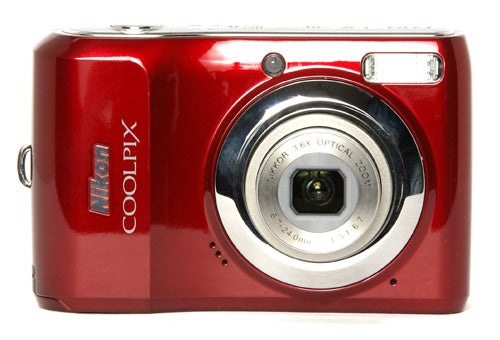 The L20 is quite a large camera by compact standards, measuring 96.5 x 61 x 29 mm, although at 185g including batteries and memory card it’s lighter than it looks. The L19 is 5g lighter, probably on account of the smaller monitor. The camera has a plastic body, but is built to Nikon’s usual high standard and is beautifully finished. I particularly like the deep slightly metallic red of my review sample, although the plain silver of the L19 doesn’t look anywhere near as classy. The body shape is nice and easy to hold, with a sculpted front panel that provides a good finger grip, and a shaped and textured thumbgrip on the back, although the smooth gloss finish is a bit slippery.

The controls are very simple, with large single-function buttons, so it might be a good choice for anyone with limited manual dexterity. The big 3.0-inch monitor screen (2.7 inches on the L19) has a sharp resolution of 230,000 dots, is nice and bright with a good anti-glare surface, although the angle of view is rather limited. It also has no automatic brightness control, so framing shots in low light conditions is difficult. 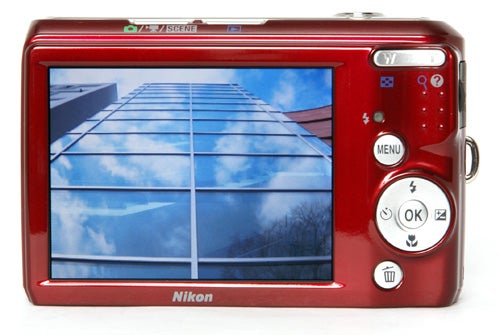 The zoom control is a small rocker switch on the back of the camera, but it is well positioned for easy use and quite sensitive. The zoom action is stepped with eight increments from minimum to maximum. There are a few other controls sharing the D-pad, but they are very basic; just exposure compensation, flash mode, macro mode and a 10-second self timer.


The L20 has what may be the simplest menu I’ve ever seen on a camera. In the basic Auto shooting mode the menu has only four options; image size, white balance, single/continuous shooting mode and five basic colour options. The other shooting modes include a smile-activated shutter mode, and a scene mode with 15 fairly obvious scene programs. Incredibly, if even this meagre selection proves to be just too complicated for you, it has even simpler Easy Auto mode, in which the only option is the image size, although to be honest if you need to use this mode then you shouldn’t be allowed to use a camera without supervision. You’d probably try to eat it. 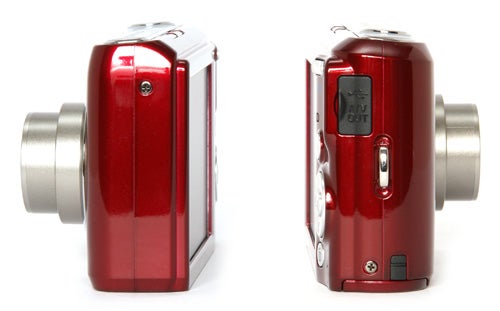 Of course this means that the L20 lacks almost all of the features and options that we take for granted on other cameras. Exposure metering, AF mode, face detection, red-eye correction, even ISO setting (64-1600) are all handled automatically. Once you’ve set the date and time the limit of user input is to operate the zoom control and press the shutter button. The camera does everything else for you.


Naturally a low-priced camera like the L20 is going to have a number of limitations, and one of them is the anti-shake function. The L20 has Nikon’s motion detection system and Best Shot Selector, which rejects motion blurred shots, but it has no actual image stabilisation. If it detects the possibility of camera shake it simply boosts the ISO setting to produce a faster shutter speed. This is not an ideal solution, but it’s better than nothing.

For a budget point-and-click camera the L20 actually performs reasonable well. It starts up in less than two seconds and shuts down again just as quickly. In single shot mode its shot-to-shot time is approximately three seconds, which is a little slow but at least it’s consistent. In continuous mode it shoots at a fairly creditable 1.2 frames a second, but the speed is inconsistent and there is no audio cue to tell you when it’s shooting. It also doesn’t check focus or exposure between shots. 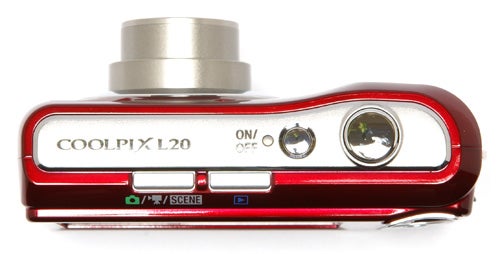 The autofocus system is limited to centre-area or face detection only, but it is quick and reliable and works amazingly well in low light. The camera has a very bright AF assist lamp and will focus with reasonable reliability in total darkness at a range of over three metres. The flash is also very good, with a massive 7.0m range and excellent frame coverage.


Image quality is also pretty good for a budget camera, although it does have a couple of issues. Colour reproduction is rather garish and over-saturated, and bright reds and yellows tend to merge into featureless blobs. Dynamic range is also restricted, with burned out highlights and little shadow detail. Surprisingly the 8MP L19 is just as bad as the L20 in this respect. At around 4.8MB at maximum quality, the image files aren’t over-compressed, and there are no major problems with artefacts, the images are somewhat over-sharpened.


The lens quality is actually pretty good for the price. It does suffer from some barrel distortion at wide angle, and it is distinctly soft around the edges, but there is very little chromatic aberration and centre sharpness is very good. In good light the level of fine detail is a little higher than average for a 10MP camera. 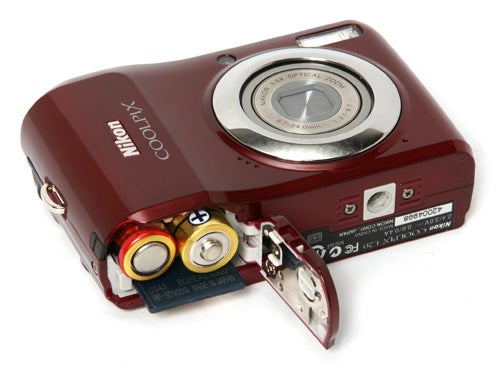 Image noise control is difficult to assess, because the camera has no manual ISO setting and it’s difficult to trick it into using its maximum auto setting. I was able to get standard test shots at 400 and 800 ISO, and the noise levels were about what I’d expect from a camera in this class. Not brilliant, but usable images suitable for small prints or websites/blogs. Most of the other test shots were taken on a bright clear day at 64 ISO, and there was very little noise visible at this setting.

The Nikon CoolPix L19 and L20 accomplish what they set out to do. They are incredibly simple to use, and will produce good quality pictures under a wide range of circumstances with a minimum of user input. They are well made, easy to handle and even look good. They won’t suit more experienced photographers, but for anyone looking for a simple point-and-shoot they are good value for money. 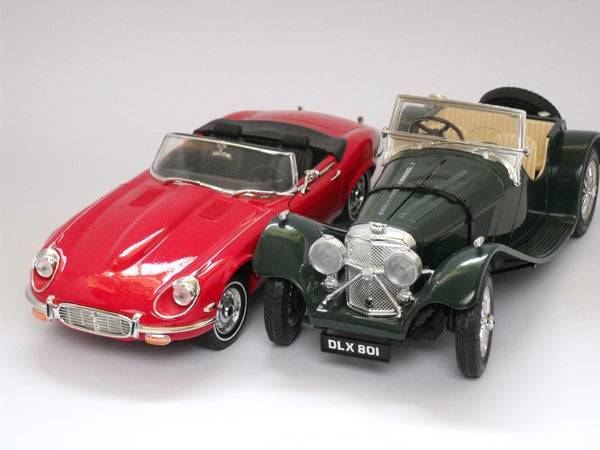 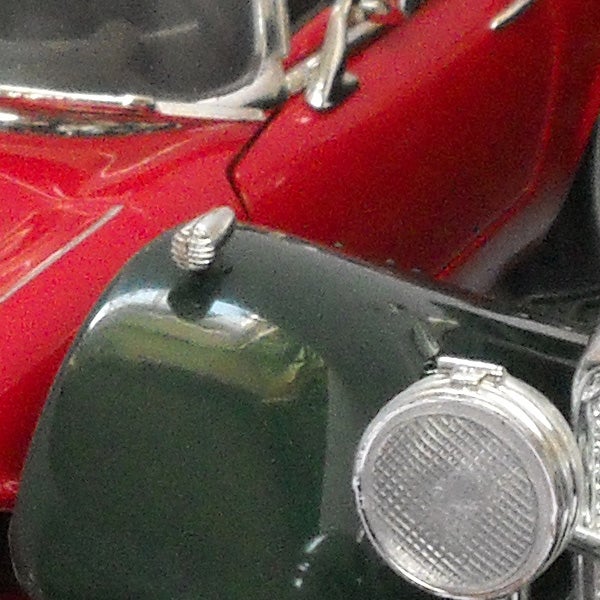 At 400 ISO there is quite a bit of image noise, but the overall image quality is not to shabby, suitable for smaller prints. 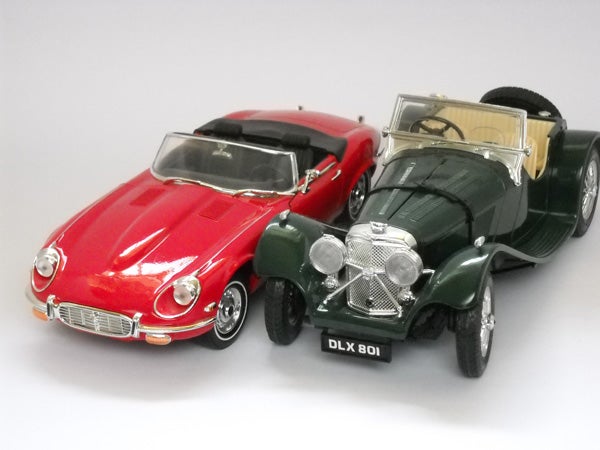 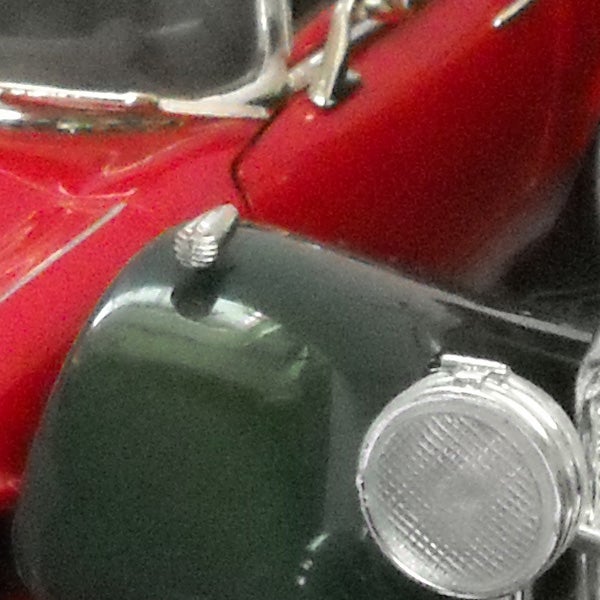 The quality is actually not bad at 800 ISO, although the noise reduction has softened the image. 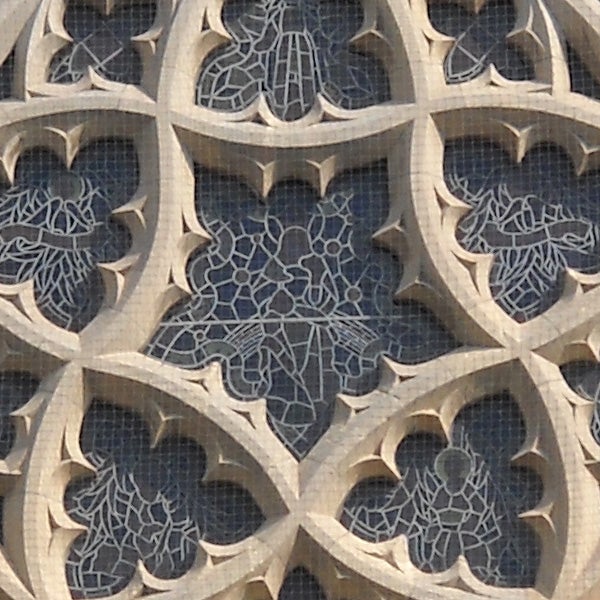 This was shot with the L20. The level of sharp fine detail is pretty good for a 10MP camera. 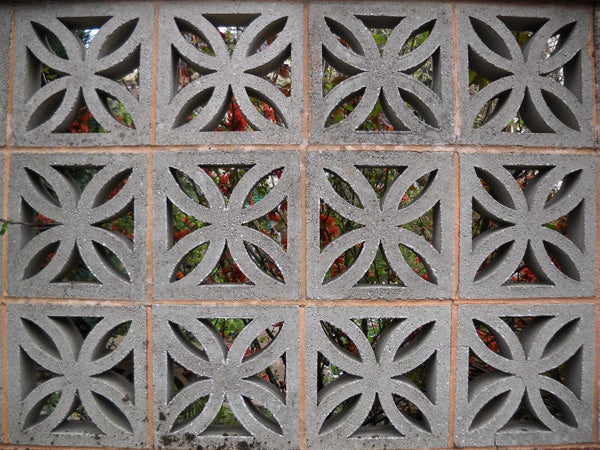 The lens produces some barrel distortion but it’s not too severe, although the image is a bit soft areound the edges. 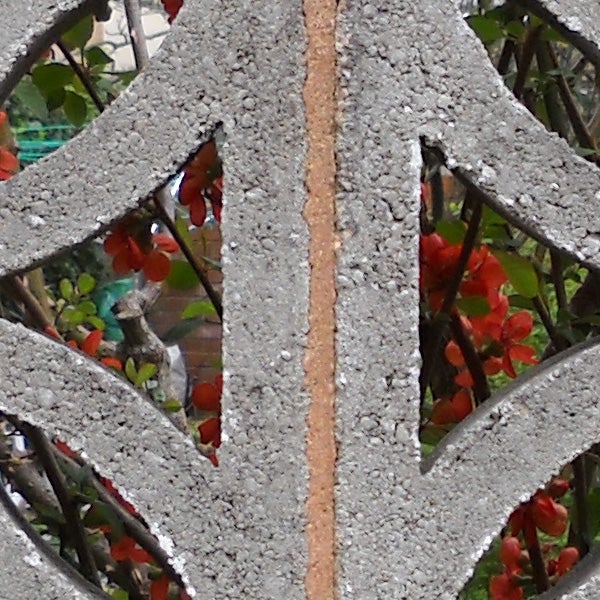 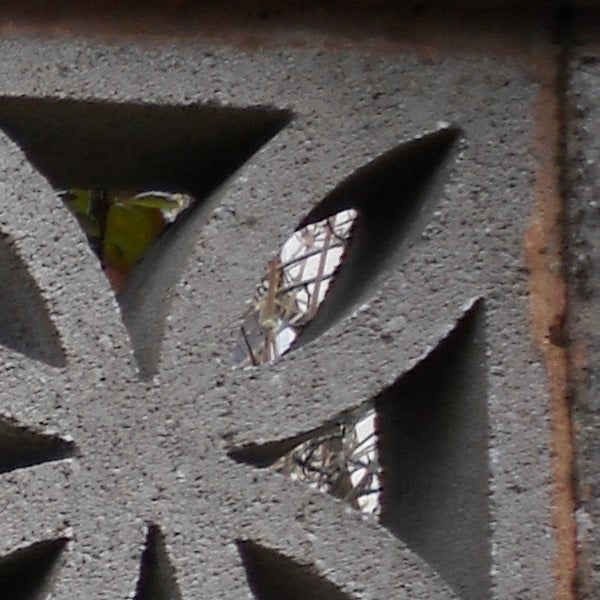 Corned sharpness really not too bad, and there is very little chromatic aberration. 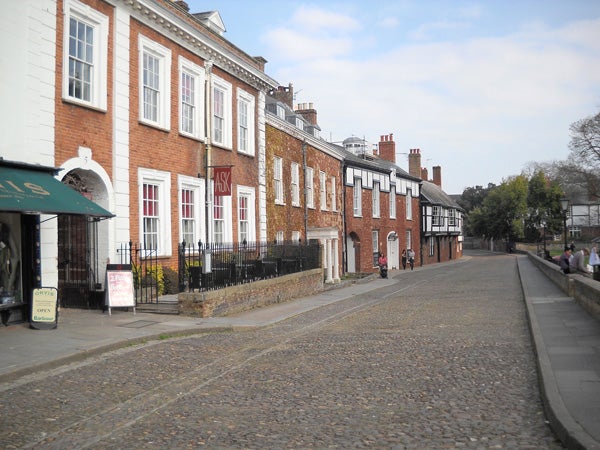 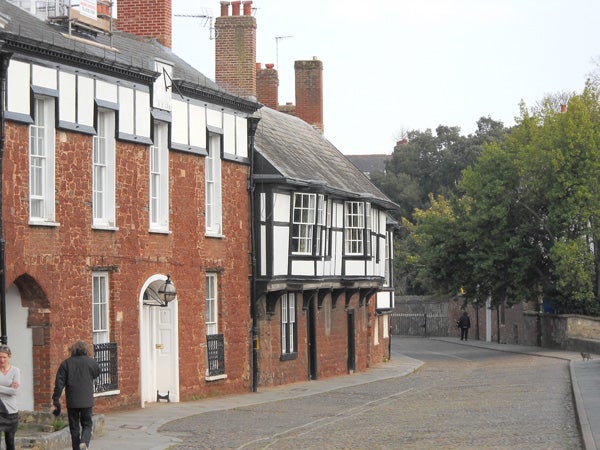 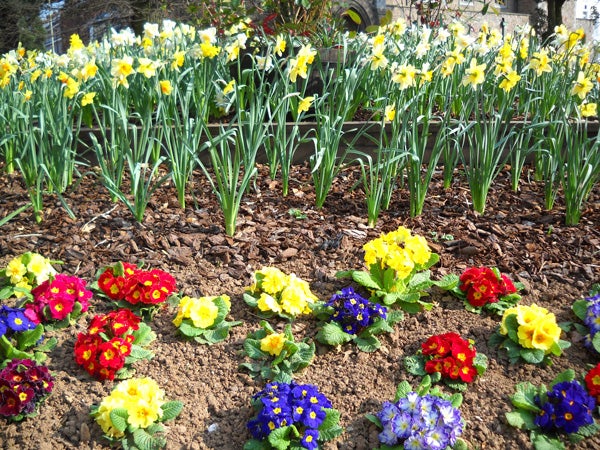 Default colour reproduction is rather garish and over-saturated. The yellow flowers (do I look like a botanist?) are just featureless blobs. 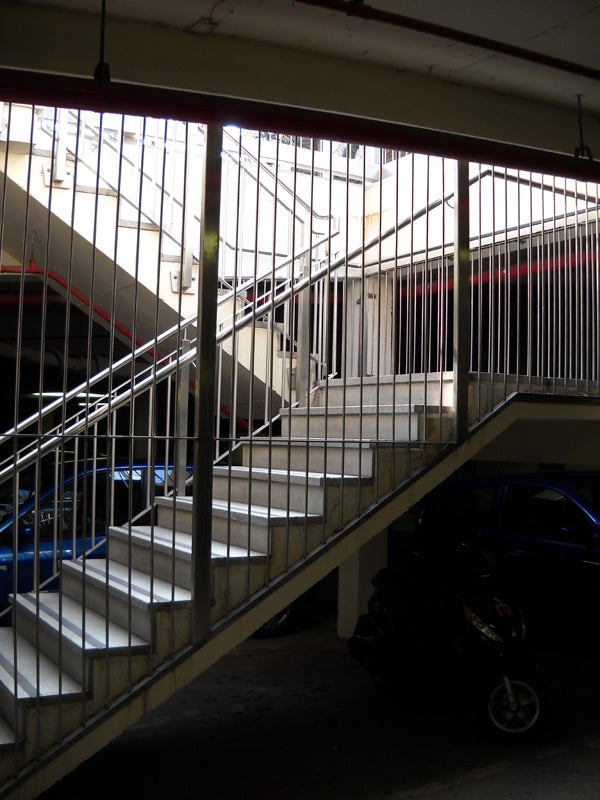 Dynamic range on the L20 is poor, with little shadow detail. Oddly the L19 is not really any better.