Nikon has recently “refreshed” its CoolPix brand, with a crisp new logo, some new advertising and most importantly a swathe of new camera models. The one everyone is waiting to see is the new P5000, a high-end compact designed to compete with the Canon PowerShot G7, but until that’s available I’ll have to be patient, and catch up with the other end of the line-up, the new entry-level five-megapixel CoolPix L10. 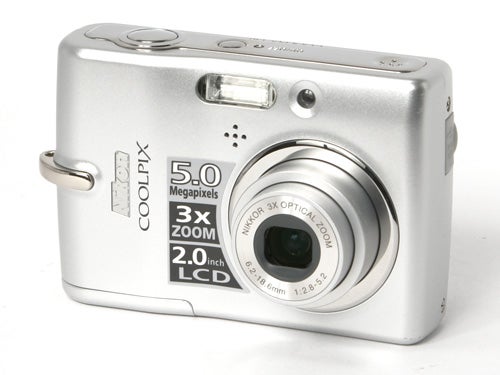 I’ve been quite impressed with many of the previous CoolPix L-series (L for life, if you were wondering) cameras. They’ve managed to bring some genuine Nikon quality to the budget end of the market, and the L10 is no exception. It costs only around £75, making it the lowest-priced digital camera I’ve ever reviewed.


At this kind of price level there isn’t a huge amount of competition. Fujifilm offers the FinePix A500 for just £65, and the 4MP A400 for about £60, while the 4MP KodakEasyShare C433 and 5MP Samsung DigiMax S500 are both around £75, but that’s about it. All the other major brands start at around £90. 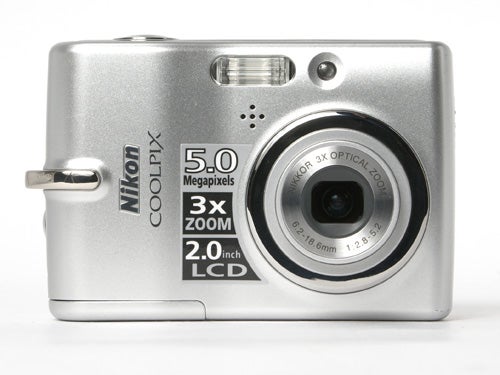 Of course you can’t expect £75 to buy you an awful lot of camera, and the L10 is very, very basic. It is a simple point-and-shoot snapshot camera with strictly limited features, but the build quality and design are well up to the usual high Nikon standard. The case is plastic, but the rounded shape and compact size give it a high degree of strength and solidity. It is finished in a pleasant semi-gloss silver which resists scratches and finger marks quite well. The f/2.8-5.2 3x zoom lens retracts flush with the body, and despite using two AA batteries for power it is quite slim, measuring 89.5 x 60.5 x 26 mm. It weighs 115g without batteries, so add a couple of standard alkaline cells to that and the weight goes up to about 165g, which is quite a bit for a small camera, but it will slip into a shirt pocket quite comfortably. Using lighter Lithium AA batteries will give better duration and shave about 25g off the total weight.

Despite its small size the L10’s rounded shape, which is thicker on the right to accommodate the battery compartment, is easy to hold, while the control layout leaves room on the back for a small thumbgrip. The camera feels larger than it actually is. The controls themselves are sensibly laid out, with relatively large and easy-to-use buttons for menu and playback, and a simple three-position slider switch to select between standard shooting mode, scene mode and video mode. Flash mode, self timer, macro and exposure compensation are controlled by secondary operations of the D-pad. The plastic tripod bush is centrally located on the bottom plate, so the tripod plate will cover the battery hatch when in use, but there is a separate hatch on the side of the camera for the SD memory card. 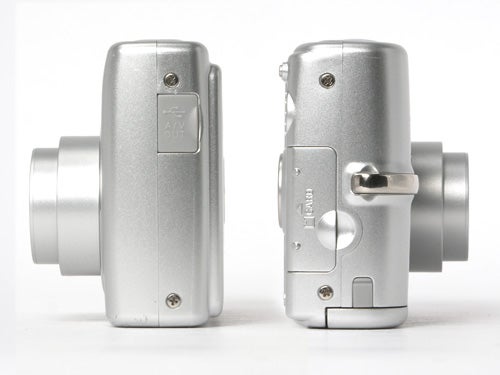 One of the economies that allow the L10 to have such a low price is the relatively small (by recent standards) two-inch LCD monitor, but with 153k pixels it is nice and sharp, and has a good non-reflective coating so it’s usable even in bright sunlight.


Naturally the L10 isn’t overburdened with features. In standard shooting mode the menu has just six main options, and one of those is the set-up. The others are picture quality, white balance, continuous shooting, some limited colour options, and Nikon’s proprietary Best Shot Selector feature, a handy mode in which the camera takes several shots while the shutter button is held down, but only saves the best one (sharpest and best exposed) to the memory card. Like most of the L-series cameras the L10 has no manual ISO control. 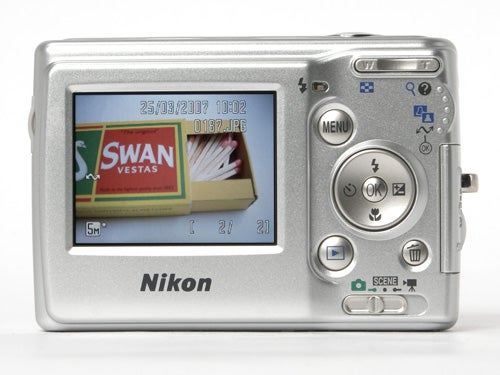 In scene mode there is rather more on offer, with 16 programs covering all the usual scene situations, including portrait, landscape, sports, night portrait, indoor shooting, beach & snow, sunset, dusk & dawn, night landscape and several others. I was surprised to find that, despite its entry-level status, even the L10 is equipped with face detection technology. I guess my usual point about spending extra for features that aren’t that useful doesn’t apply in this case.


The L10 also has a competent video mode, shooting at 640 x 480 resolution and 30 frames a second, with mono sound provided by a small microphone just above the lens. The zoom lens cannot be used while filming, although it can be set before you start shooting. There is a limited digital zoom available.

In terms of general performance the L10 acquits itself reasonably well. It starts up in just over two seconds, and shuts down again in the same amount of time. In continuous mode it is surprisingly quick, especially for a budget camera. It can rattle off shots at a rate of one every 0.7 seconds, and appears to be able to keep this up until the memory card is full. However the secret of its speed is that it doesn’t pause to re-focus between shots, so make sure your subject isn’t moving about too much.

Battery life appears to be exceptionally good. Using standard alkaline batteries I took well over 200 shots and the battery level indicator was still reading full. The JPEG files saved to the memory card average around 2.4MB, about average for a 5MP camera, which means that a 1GB SD card is enough for an average of 396 shots, or 19 mins 40 secs of video shooting.


As with some previous L-series cameras, in fact quite a few of Nikon’s recent compacts, the AF system is a bit hit-and-miss. In good light it is usually fine, focusing in under a second, but sometimes it just misses and fails to find focus at all, and it also gets a lot slower as light levels fall, eventually refusing to focus once it gets darker. Unfortunately the L10 has no AF assist lamp, so it won’t focus in darkness. To pre-empt the inevitable questions from our more observant readers, that LED above the lens is just the indicator for the self timer.


The flash is also a bit weak. The stated maximum range at wide angle is three metres, but this is a bit generous; for adequate exposure I’d say its closer to two. It is also rather slow to recharge, limiting flash shooting to one shot every eight seconds, but at least frame coverage is good.


The L10’s one real weakness is unfortunately image quality. I found that it had a serious tendency to over-expose nearly everything, resulting in burned-out skies on landscape shots and blown out highlights on flash shots. The automatic ISO setting seems to set 200 ISO for all low-light and flash shots with no way to override it, and at this setting there is quite a lot of image noise visible. 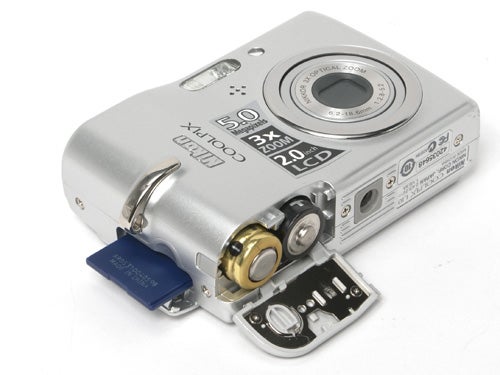 The lens produces quite a lot of barrel distortion at wide angle, as well as noticeable chromatic aberration, and there are also problems with purple fringing on the many burned-out highlights.


Colour rendition was adequate, but let down by the exposure problems. Perhaps I’ve been spoiled by all the six and seven megapixel cameras that I’ve been using lately, but I also found that shots lacked fine detail. That said however, you’d be hard put to find better quality for the price.

For a budget camera the L10 has much to recommend it, with superb build quality, sensible and attractive design, good performance and excellent battery life. It even has some features that you’d not expect to find this far down the price scale. It’s only weaknesses are poor low-light focusing and less-than-sparkling picture quality, but if you’re on a very tight budget you have to make certain sacrifices.

”There are no ISO test shots for this review, since the CoolPix L6 has no manual ISO control. Some of these pictures can be downloaded full-size. Click on the images as indicated.” 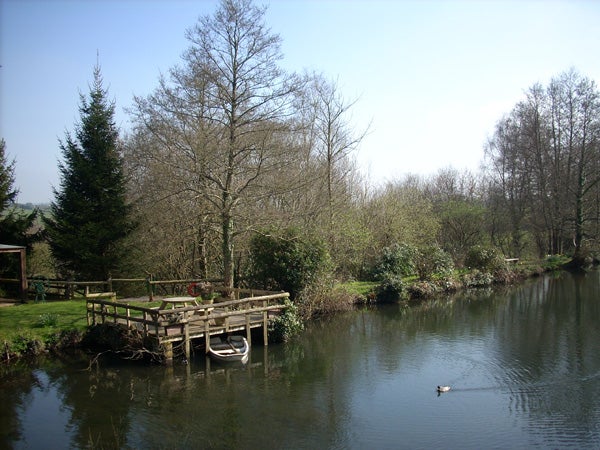 The wide angle end of the L10’s zoom range is equivalent to 37.5mm on a 135 film camera, which is about average for a standard 3x zoom compact. Note however the burned-out sky and slight blue colour cast. 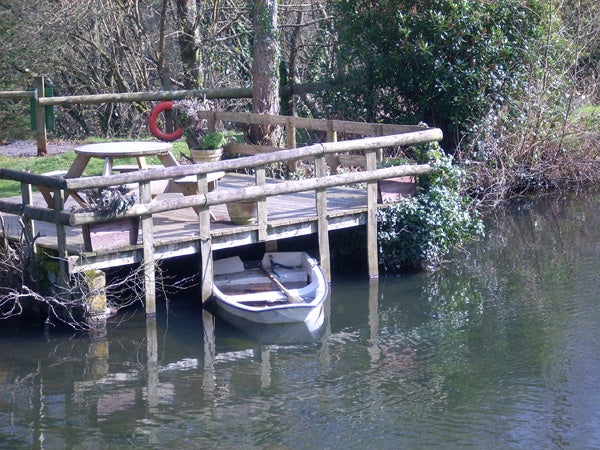 Taken from the same position as the shot above, this shot shows the other end of the zoom range, equivalent to 112.5mm. Again there is over-exposure and a blue haze. 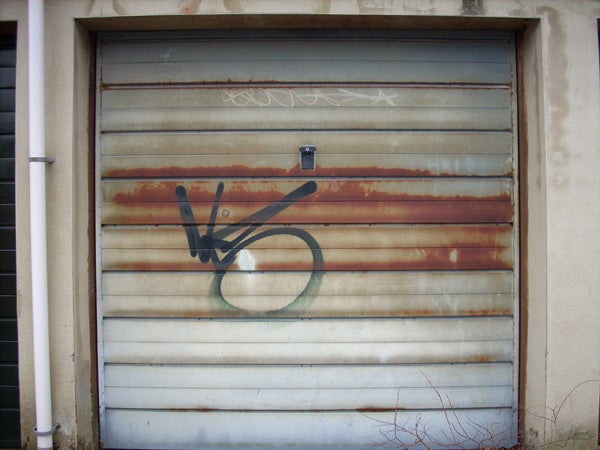 As you can plainly see, the L10’s lens produces quite a bit of distortion at wide angle. Those walls are supposed to be straight. 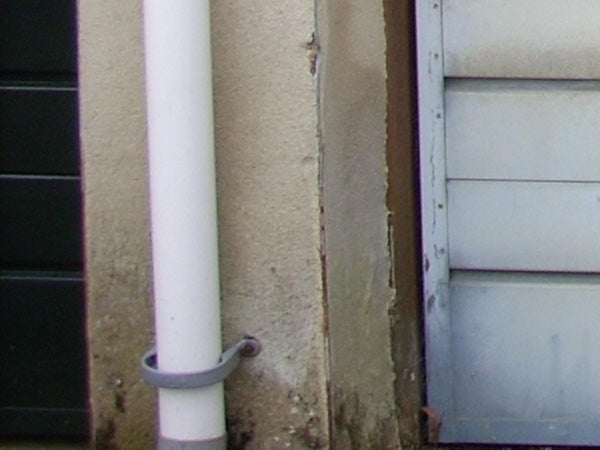 This is a crop from the corner of the image above, showing some slight chromatic aberration and purple fringing, but good corner sharpness. 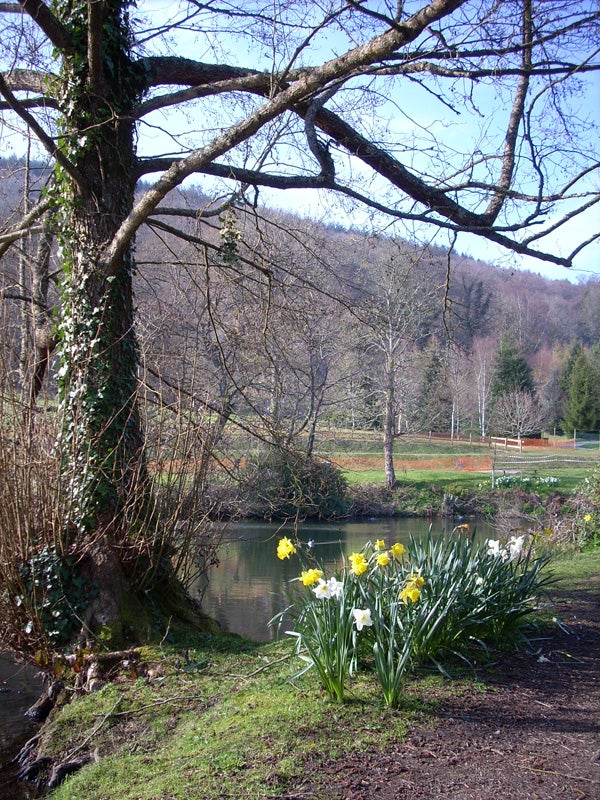 With better exposure and colour this would have been a good shot. If you look at the crop below, or click to view the full-sized version, you’ll see that the shot lacks a lot of fine detail. The white daffodils are over-exposed, and the yellow ones are just blobs of colour without detail. 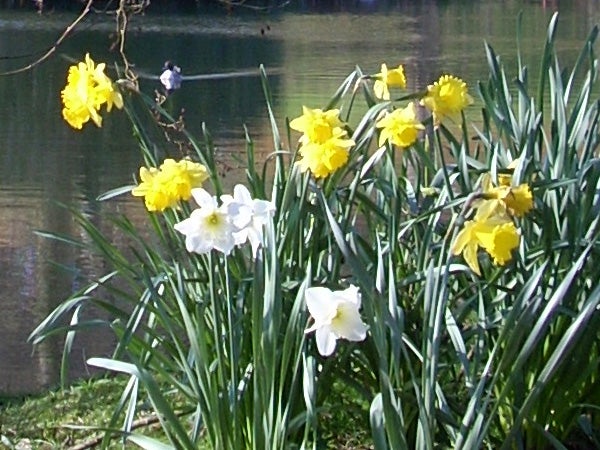 This is a 100 percent crop from the image above.

”Here, the full size image has been reduced for bandwidth purposes in order for you to gain an appreciation of the overall quality.” 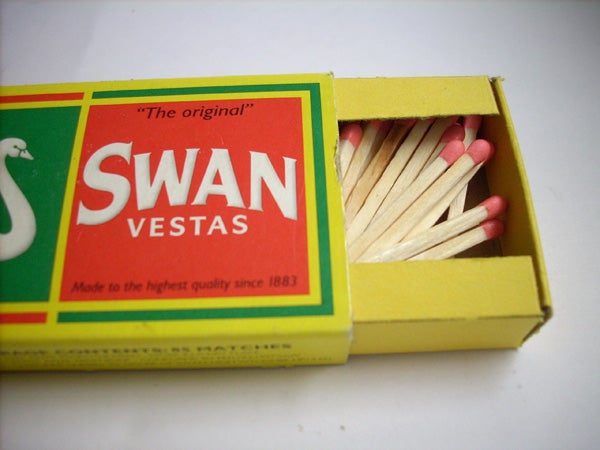 The L10 has a macro range of 15cm. Most camera can get closer than this. 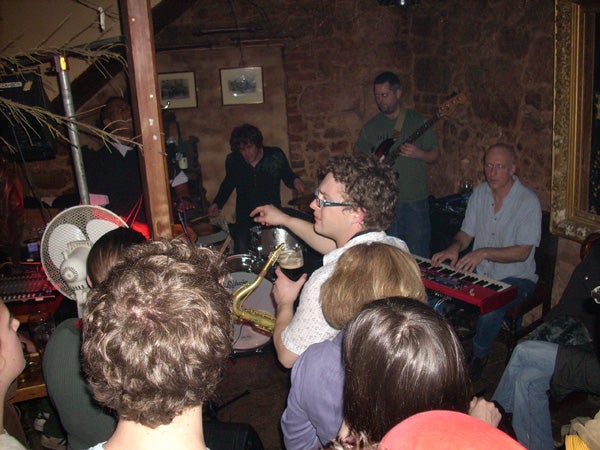 The flash range is quite limited. The back wall of this room is about 4m away. 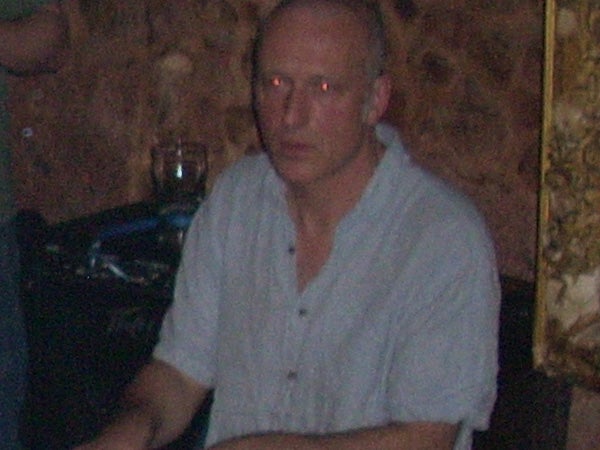 This is a crop from the image above. The auto-only sensitivity system sets to 200 ISO for low-light flash shots, causing quite a bit of image noise to appear.