What is the Nikon Coolpix A?

In recent years there has been a growing amount of investment in the advanced compact market as manufacturers look to offer photographers an advanced shooting option that maintains the pocketable appeal of a compact camera. As more photographers are finding that their smartphone offers a very real alternative to a standard point and shoot camera, this is certainly understandable.

The Nikon Coolpix A is the latest model to embody this trend. It arrives above Nikon’s current triple-digit P-range of compact cameras, and costs a great deal more, but on paper it has the features to match. 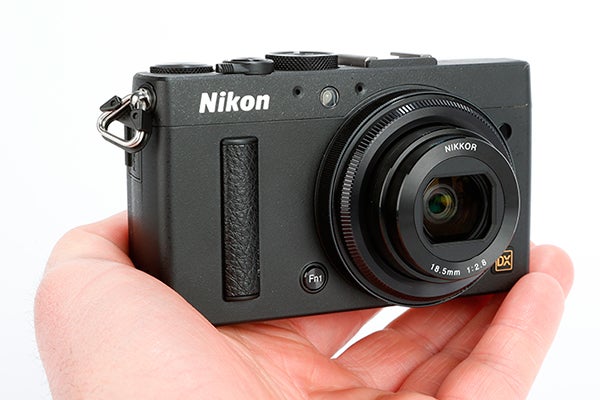 It’s worth stressing how small this camera is. To squeeze a DSLR-size sensor into a camera this size is incredible.

On the face of it, the Nikon Coolpix A shares a lot of physical characteristics with the existing range of advanced Coolpix cameras. However, a quick glance at the specs reveals that it’s a completely different, and much more advanced, story under the hood.

Instead of the traditional 1/2.3in or 1/1.7in sensor found in other Nikon Coolpix models, the Nikon Coolpix A has a much larger APS-C sensor. To get an idea of the calibre of this sensor it’s worth pointing out that it’s the very same as that found in the company’s Nikon D7000 enthusiast DSLR.

When you consider the size of the D7000 it makes the technical achievement of fitting such a sensor in to a camera that slips in to a trouser pocket all the more impressive. This APS-C sensor has an effective resolution of 16.2MP, meaning that it should take photos fit for large-scale prints with ease. 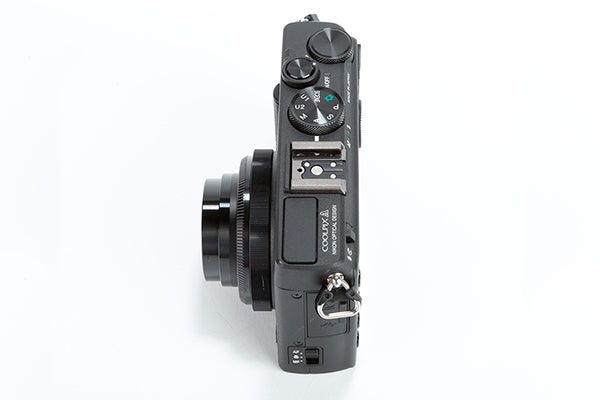 Another of the Nikon Coolpix A’s key features that separates it from a great deal of the Coolpix series, and marks it out as somewhat of a niche product, is its fixed focal length lens. The optics on the Coolpix A have a fixed focal length of 18mm – around 28mm in traditional 35mm equivalent terms – and a maximum aperture of f/2.8.

There are limitations to using a fixed focal length lens, most obviously that you’ll have to zoom with your feet as opposed to using the camera itself, but in a sense you can understand Nikon’s choice. Such a large sensor in a compact camera is going to expose any lens flaws, and in using a fixed length optic Nikon has done its best to ensure that the image quality is at a premium.

The Nikon Coolpix A employs Nikon’s EXPEED 2 image processor. Although the processor has previously been used in Nikon’s DSLRs, it’s now a generation old – as a result it’s perhaps unsurprising that the Nikon Coolpix A has a less-than-breakneck continuous shooting speed of 4fps, although this is more than on a par with similar advanced compact cameras.

An ISO range of 100-6400 is on offer, with the option of Hi1 and Hi2 extended settings of ISO 12800 and 25600 – a range similar to the Nikon D7100. The Coolpix A shoots in both Raw and JPEG, while contrast-detect AF functionality is utilised with a choice of either Single-servo AF or Full-time servo AF in a selection of four AF area modes. 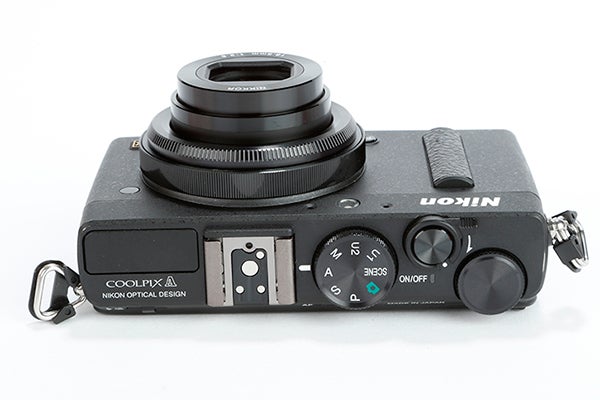 The Nikon Coolpix A supports full HD 1080p video capture at a selection of frame rates, including 30/25 and 24fps and recording in MPEG-4 with H.264 compression. Although there is a built-in stereo microphone, unfortunately the Nikon Coolpix A lacks a 3.5mm port for connection to an external microphone.

Although it lacks a viewfinder, a DF-CP1 optical viewfinder has been manufactured specifically to accompany the Coolpix A should you feel the need for one.  If you’re looking for wireless functionality, the Coolpix A is compatible with Nikon’s wireless WU-1a mobile adapter, while Nikon’s GP-1 GPS unit will also work with the compact.