I normally start my reviews by describing my initial impressions of the camera, talking about build quality, control layout and handling, then move on to features and performance, and usually finish up with my opinion of the image quality. However, for this review of the new Nikon Coolpix 7900, I’m going to approach it a little differently. I want to talk about image quality right from the start, because frankly it’s made such a big impression on me.


The sample shots I’ve taken with this camera are some of the best photos I’ve taken this year; in fact some of them are so good I’m not going to publish them here. Instead I’m going to sell them to a picture library, and I’m pretty sure they’ll take them. Don’t worry, the sample shots at the end of this review are good, but when you’re looking at them remember that this camera can do even better. Also bear in mind that all the shots were taken using the default auto settings, apart from the beach shots which were taken using the beach/snow scene mode.


Take a look at the macro shot of the seashell. The level of detail is simply awesome. Zoom in and you can see tiny details and textures that are barely visible to the naked eye. Look at the landscape shot, and the rich colours. That’s Devon in the Spring, and it really is that green. It also has no purple fringes on the branch silhouetted against the sky, and no edge distortion despite the wide-angle zoom setting. As for the beach shot looking down the wavebreak to the navigation marker and the sign about the jet ski area, that was taken pointing into direct bright sunlight. However, there’s no lens flare, no loss of shadow detail and no blown-out highlights. The exposure is spot on.


And then there’s the image noise. Or rather, there isn’t. The ISO 400 test shot is over-exposed because it was beyond the range of the camera’s shutter speed, but there’s very little noise. On the ISO 200 and lower shots there is no noise at all, which practically makes the Coolpix 7900 unique among small digital compacts at this price point.


It’s not just the seven megapixel CCD that’s making the pictures look this good. It’s a combination of resolution, lens quality and one of the best processing engines around. I’ve used all of the other seven megapixel compacts on the market and none of them can hold a candle to this little Nikon for image quality.


Like most people in Britain I’m usually a champion of the underdog, so it’s a little bit galling to see Nikon, a big-league player if ever there was one, produce something as good as this. I’ve been playing with the Coolpix 7900 for almost a week now, studying it, taking pictures with it, trying out menu options and generally giving it the third degree, and I’m damned if I can find any bad points at all. It is beautifully made with a strong, light, sleek and attractive all-metal body, plus the control layout and menu is the very model of ergonomic accessibility. The large LCD monitor accurately matches the colours and tones of the final image and the 7900 is equipped with a host of advanced features that make it both easy to use and extremely versatile. In short, the darned thing’s as near perfect a compact camera as I’ve ever seen. Even the price is good. At £251 (at the time of writing) it rivals its nearest seven megapixel competitors, such as the Canon IXUS 700, the Pentax Optio 750Z or the Sony DSC-P150.

Despite its general aura of awesomeness, the 7900 does have some limitations. It is, after all, only intended as a snapshot camera albeit a very, very good one. Like most compacts it has no manual exposure/focus functions. Instead it has a range of scene modes and options that cover most common shooting conditions, and a few not-so-common ones too.


There are four “assist” modes on the main dial; Portrait, Landscape, Sports and Night Scene, each with a selection of special menu options. For example, the Landscape mode offers standard landscape, scenic view, architecture and group-portrait-with-scenery. These last two have composition lines that appear on the monitor to help you arrange your shot. The portrait mode has seven different options, including the remarkable Face-priority AF, which is actually capable of recognising a human face and focusing on it. Furthermore, it has automatic in-camera red-eye correction for those close-range flash shots.


As well as these assist modes, there are 12 scene modes covering almost every situation, including party, beach/snow, sunset, dusk/dawn, night landscape, close-up, museum, fireworks, text copy, backlighting, panorama assist and an underwater mode for use with the optional waterproof case. The 7900 also features something called D-Lighting. If you attempt to take a very high contrast shot, the camera will lighten the dark areas and darken the highlights to retain detail that would otherwise be lost, effectively increasing the dynamic range of the camera. As a further triumph of technology, if you take a motion-blurred shot, the camera detects this and asks if you’d like to delete it before saving.


In terms of general performance, the 7900 is just as outstanding as it is in other areas. It starts up in about two seconds, which is fairly quick although there are quicker cameras around. Shot-to-shot times in continuous shooting mode are impressive though. For instance, in fine mode and maximum resolution it managed 10 shots in approximately 6.5 seconds, without having to pause to record them to the card.


The movie mode is also very good, with the top quality mode shooting at full VGA (640 x 480) resolution and 30 frames a second together with audio. Recording times are limited only by the size of the memory card, with 256MB providing about 3 minutes 40 seconds worth of moving images. As for battery life, I simply don’t know. Nikon quotes 220 images after a full charge, but since I charged it up at the start of last week, I’ve been using it everyday up to publication, and it still says the battery is on full. Suffice to say that it lasts a very long time.


The Nikon Coolpix 7900 is, in a word, brilliant, and one of the nicest cameras I’ve ever used. I’m genuinely sorry that I’ve got to give it back to Nikon next week, but at least I’ve got some stunning pictures to remember it by.


The Coolpix 7900 is arguably the single best digital compact camera on the market today. For a surprisingly low £251 it offers ease of use, attractive styling, outstanding build quality and images that truly impress. If you want a good compact camera then it’s hard to see how you would ever need anything better than this. 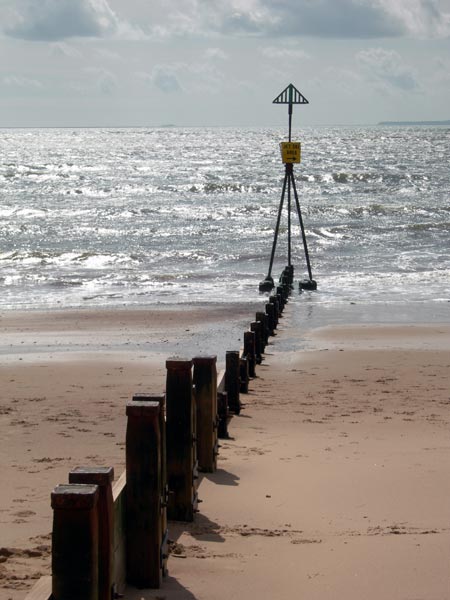 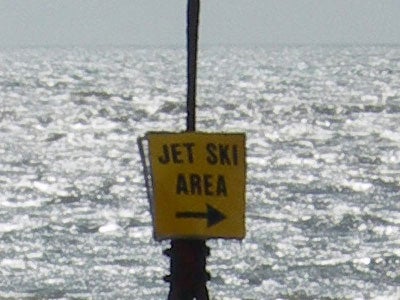 ”’This shot was taken into direct, bright sunlight, but the exposure system has coped perfectly, with no loss of shadow detail and no burned-out highlights.”’ 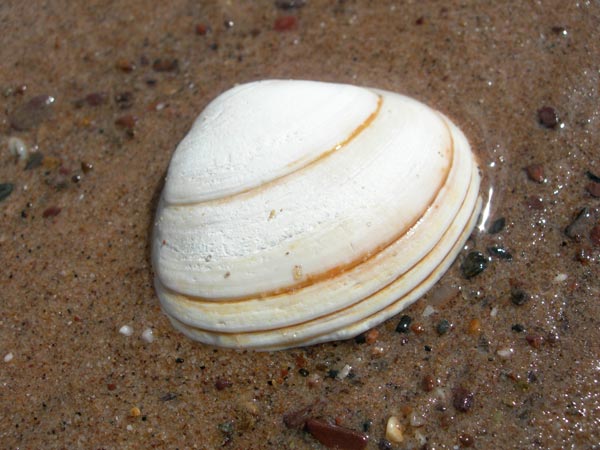 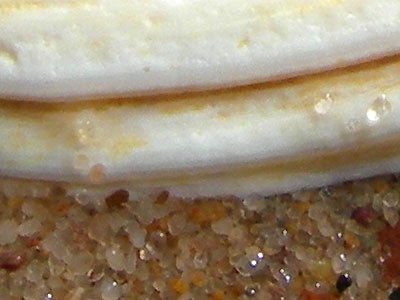 ”’The level of detail in this macro shot is incredible. If you zoom in you can see things that you simply wouldn’t notice with the naked eye.”’ 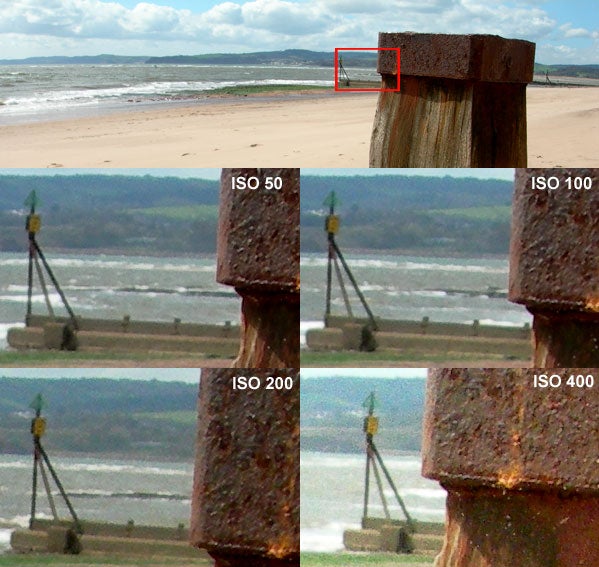 ”’ISO 50 – There is absolutely no noise at all in this image, and the level of detail is amazing. Look at the wood texture for example.”’

”’ISO 100 – There is no appreciable difference between this shot and the one taken at ISO 50.”’

”’ISO 200 – There is still no significant image noise, but there is some evidence of sharpening as a result of noise reduction. Some fine detail has been lost.”’

”’ISO 400 – The shot is about one stop over-exposed. There is still very little noise, but there are signs of a lot of sharpening.”’ 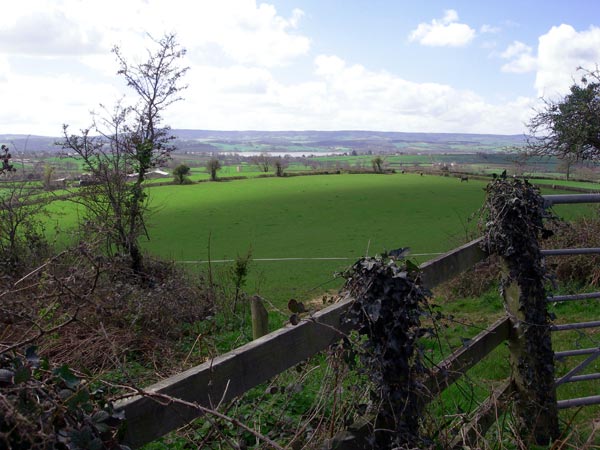 ”’It’s Spring here in glorious Devon, and everything’s so green. The 7900 captures the colours perfectly, and in amazing detail.”’ 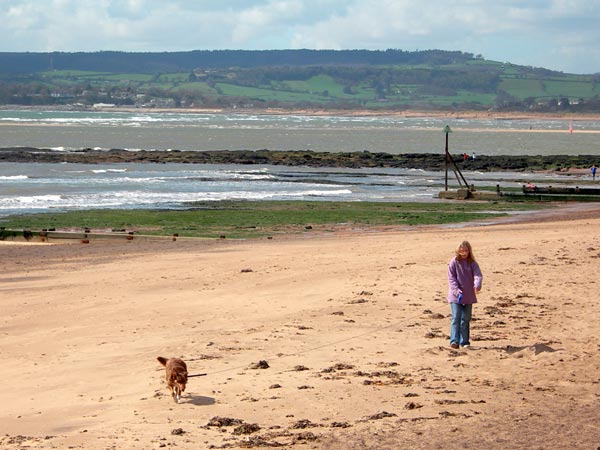 ”’In Beach/Snow mode, the camera avoids over-exposure caused by the light coloured foreground.”’ 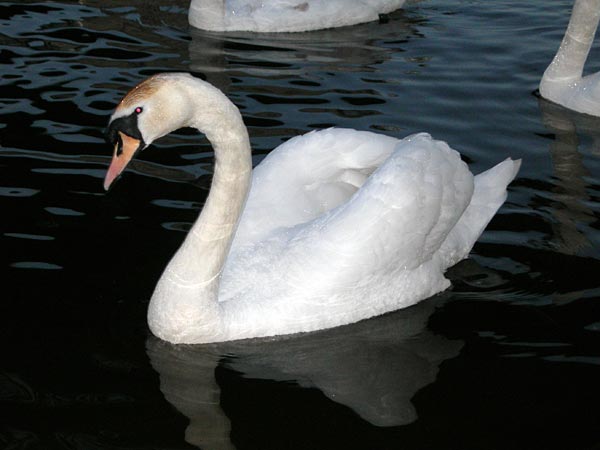 ”’That swan’s thinking “If this bloke takes one more flash photo of me, I’m going to break his arm.” Beautiful plumage though.”’ 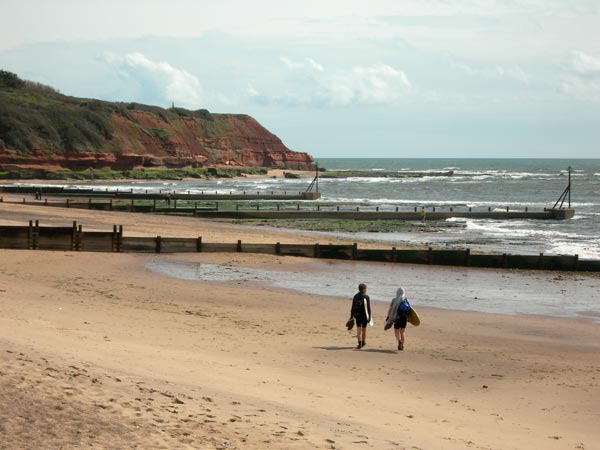 ”’A 3x zoom isn’t enough for a real telephoto shot, but is just enough to pick out parts of a landscape. Again, the automatic exposure is spot on.”’