While the internal specifications of the V2 have seen only minor revision to the V1, the outer design has undergone a major overhaul. Indeed, the physical appearance of the V2 and V1 differs so much that when placed side by side it would be easy to assume the two cameras hail from a different lineage rather than being successive models in the same series. Whereas the V1 was more of a rectangular slab punctuated only by the slightly raised EVF, the V2 is styled much more along the lines of a traditional DSLR – albeit a very small one. 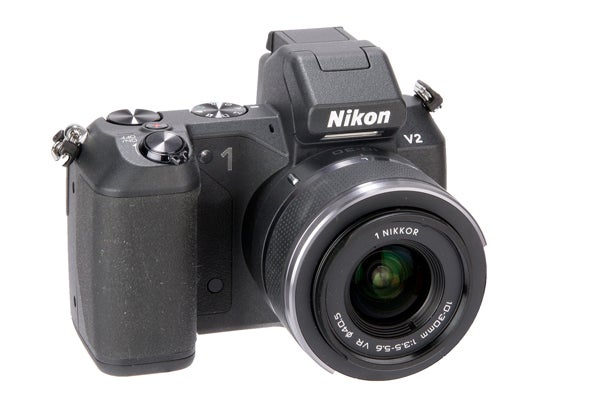 In terms of overall size the main body of the V2 is actually smaller than that of the V1, and certainly narrower in width. That said the V2 is actually slightly taller (thanks to the its more pronounced EVF) and also slightly deeper (thanks to the addition of handgrip). The new handgrip is fairly substantial and offers a pleasingly firm grip on the camera, helped in no small part by the rubberised coating both on the front and rear. In the hand, the V2 is undoubtedly the more comfortable of the two models to hold and operate – the V1 feels positively slippery in comparison.

As mentioned on the previous page, the V2 greatly benefits from the addition of a conventional mode dial on the top-plate that allows you to switch quickly between the PASM and other shooting modes. In addition to this Nikon has also bestowed the top-plate with a command dial that can be used to control shooting parameters. Other physical controls – including those for Playback, Menu, Display and Delete – are now located down the left-hand side of the LCD screen, much like the arrangement found on the rear of Nikon’s DSLRs. Overall the layout of the V2’s physical controls is much more coherent and intuitive than the half-baked approach of the V1.

While the new control layout is certainly welcomed, it surely has to be regarded as something of a missed opportunity that Nikon hasn’t taken the opportunity to overhaul the in the in-camera menu system too. As with the V1 before it, the V2’s menu system is muddled and difficult to navigate; rather than having well organised sub-sections, all of the relevant settings are presented in one long list, which essentially means lots of tiresome scrolling to find what you’re looking for. 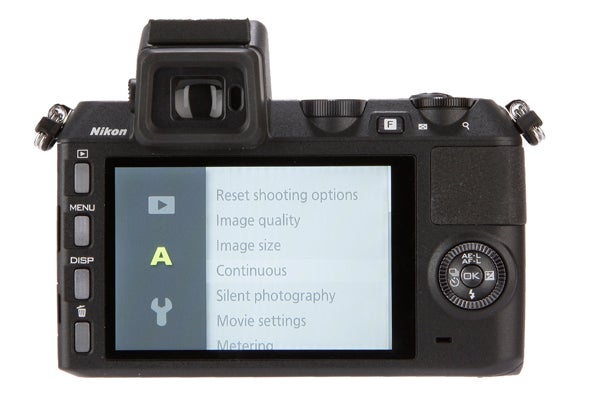 The Nikon 1 V2 benefits from the same advanced AF system used in other Nikon 1 models. This uses an advanced hybrid AF system that switches between a 73-point phase-detection and a 135-point contrast-detection AF system depending on the scene you’re capturing. This approach results in blisteringly fast AF performance that’s as fast as any other digital camera on the market. In addition, AF performance is consistently accurate, even when it’s assigned to follow moving subjects in tracking AF mode.

Thanks to the V2’s powerful EXPEED 3A image processor image processing and burst shooting are two further areas where the V2 excels. The EXPEED 3A is Nikon’s most recent image processor and allows the V2 to claim some headline performance figures. For example, with the camera set to maintain a fixed point of focus (set on the first frame in the sequence) the V2 offers a maximum continuous shooting speed of 60fps for a maximum of 40 consecutive frames at full resolution. Should you want to keep the camera’s AF system active while shooting continuously, then the maximum possible burst speed drops to a still very impressive 15fps and is good for around 45 consecutive frames.

In use the V2 offers a generous range of exposure modes, many of which are made possible by the speedy EXPEED 3A processor and which prove useful in a wide range of situations. While some of these – we’re thinking primarily of the ‘Motion Snapshot’ mode that’s used to create a ‘living image’ here – err on the side of quirky rather than practical, other exposure mode options such as ‘Smart Photo Selector’ offer genuinely useful functionality, allowing you to shoot a burst of images before choosing the best ones to keep. All in all, there’s something for everyone here, from more advanced PASM traditionalists to novice users looking to capture fleeting moments with the minimum of fuss. 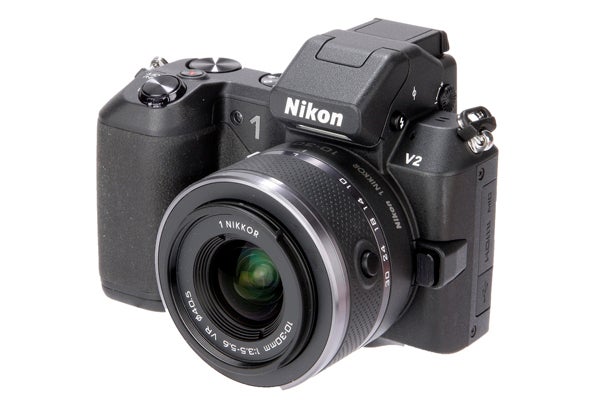 One small dent in the V2’s otherwise impressive performance stats is that the camera takes a slightly smaller battery than its predecessor, which in turn results in shorter overall battery life. Despite this the battery is still enough for a full day’s shooting on a single charge.