Rugged cameras are all the rage now. The likes of the Go Pro Hero 3 Black Edition have made shooting video an adverse conditions easier and better than ever, but arguably there isn’t a similar camera for still photography where compacts dominate and professionals rely on bulky DSLR enclosures. The Nikon 1 AW1 could change all that as it’s the first ever waterproof interchangeable lens camera. It’s and impressive feat and one I got to spend a little time with this week. 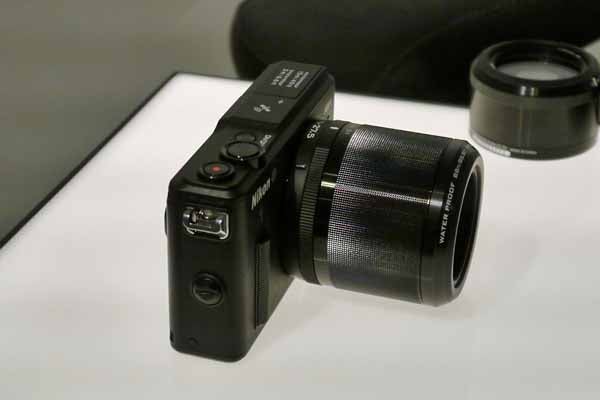 The principal is Nikon has taken its Nikon 1 range camera tech and put it in a stronger and waterproof body. This isn’t just ‘slightly’ waterproof, either, as the Nikon AW1 is waterproof to an impressively deep 15 metres, which is deeper than all the waterproof compacts we’ve tested. It’s shockproof from a height of two metres, too, as well dustproof and freezeproof down to -10 degrees C.

Inside, it uses a 14.2-megapixel CX-format CMOS sensor that tops out at 6,400 ISO. Like all the Nikon 1 cameras, it has Nikon’s hybrid-AF system. It’s a system that’s proved very effective in the past, particularly for action shots where its continuous AF tracking makes it easier to keep moving subjects in focus. Indeed, with shooting speeds of up to 60fps (15fps with autofocus), the AW1’s speed ought to be perfect for action photography. 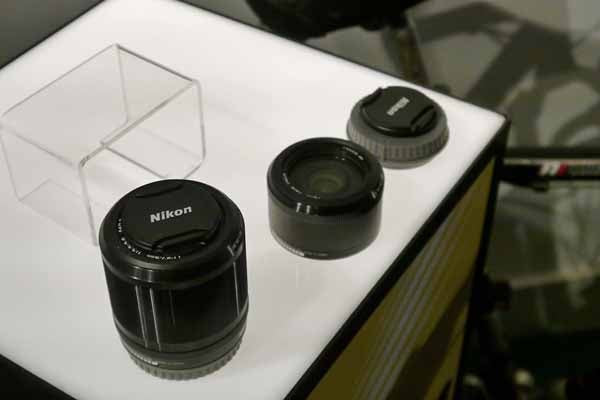 While the Nikon 1 AW1 supports standard NIKKOR 1 lenses, it has two specific lenses that are as rugged as the body. The standard kit (£749) comes with a 11-27.5mm f/3.5 to 5.6 lens, and there’s an optional 10mm f/2.8 prime lens available for £299 or for £949 as part of kit with the body and zoom lens. That makes this an expensive camera, but that’s no great surprise considering how rugged the camera is.

I was seriously impressed with the build quality of the Nikon 1 AW1, as you might expect considering its rugged credentials. This ruggedness does have some interesting, and potentially troubling implications, though. For example, the lens have O-rings to create a watertight seal against water ingress, but it means getting lenses off the camera takes some serious elbow grease. It’s hard not to ponder how well the seals will last through prolonged use, too, something we’ll be sure to test when it’s in for review. 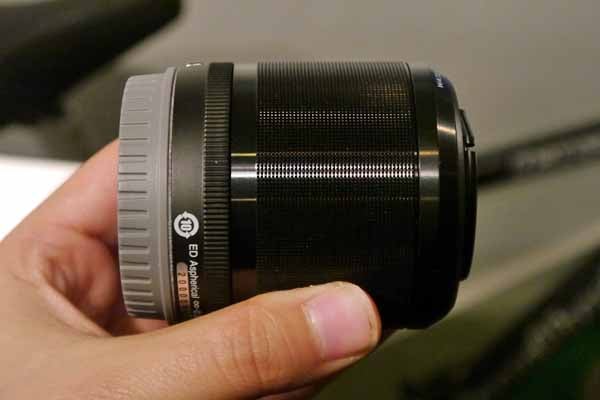 The basic design, meanwhile, is very reminiscent of other Nikon 1 cameras, albeit slightly heavier and bulkier. And I mean slightly as this is still an impressively compact camera, which makes Nikon’s achievement all the more impressive. Handling is often a problem with cameras this size and the AW1 isn’t perfect, but a rubber thumb grip at the rear and a ‘lip’ at the front give you something to grab hold of. They should be enough, and it’s a reasonable trade-off for the size. 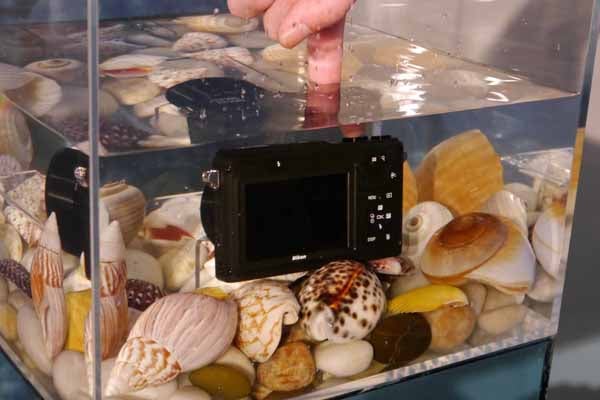 As we’ve come to expect with modern cameras, the Nikon 1 AW1 has plenty of ‘extra’ non-camera features. This includes GPS, but also an electronic compass and a depth sensor. When underwater you get a depth reading and compass directions, both nice features to help you keep your bearings and ensure you don’t go too deep with your camera.

While the Nikon 1 AW1 is better suited to stills photography than the likes of the GoPro, that’s not to say Nikon doesn’t have half an eye on video, too. The Nikon 1 AW1 shoots a 1080p with phase-detection AF and you can take full resolution photos when recording, which is a fantastic feature to have when shooting underwater. 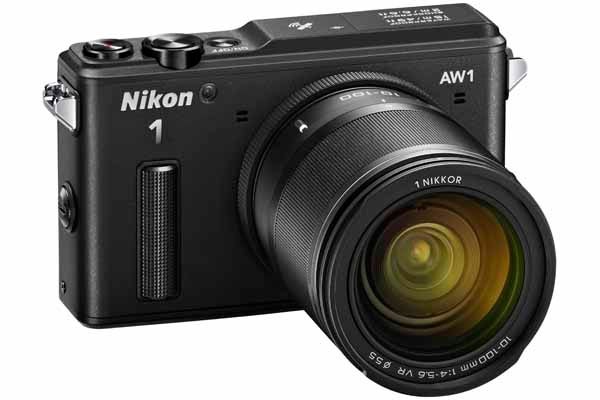 Overall, the Nikon 1 AW1 looks like a very promising camera. I normally roll my eyes when a company claims a ‘world first’ but for once it’s something actually worth shouting about. The only caveat at this point, or at least one of two, is whether the Nikon 1 sensor is up to the task in the kind of low light conditions it’s likely to face in murky seas. The other is the price, but then I don’t it’s too unreasonable given how rugged the Nikon 1 AW1 is.