Ni No Kuni is the work of a dream team of Japanese games development and cinema. Studio Ghibli should need no introduction. The makers of Princess Mononoke, Howl’s Moving Castle and Porco Rosso won the Best Animated Feature Oscar in 2002 for Spirited Away, and has become one of the most famous – and most loved – animation studios in the world. Level-5 should be almost as familiar.  Not only is it responsible for the Professor Layton series on the Nintendo DS and 3DS, but some of the best Japanese RPGs of the last few years, including Dragon Quest VIII and Dragon Quest IX. Ni No Kuni combines Ghibli’s signature art style and imaginative character and creature design with Level 5’s technical and gameplay expertise. The result is almost as good as you might have hoped for – and sometimes even better. 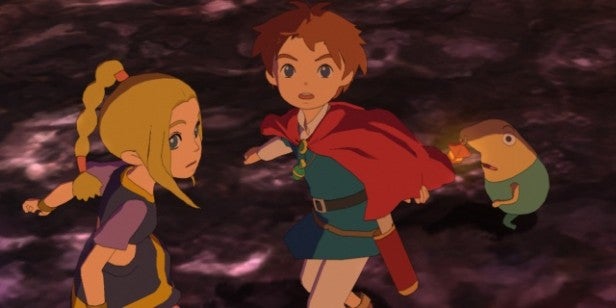 Ni No Kuni – Spirited Away?

Predictably, what works best is the visual style, the story and Studio Ghibli’s approach to telling it. For once we have a Japanese RPG with no punky teens, no mysterious orphan kids who find their village wrecked and rise to power, and a different spin on the usual dark lord/quest-to-save-the-world stuff. Instead we have a richer, sometimes melancholy tale of a boy in what appears to be small town fifties America, who becomes affected by a personal tragedy and finds new hope and escape in a wonderland of fantasy adventure. 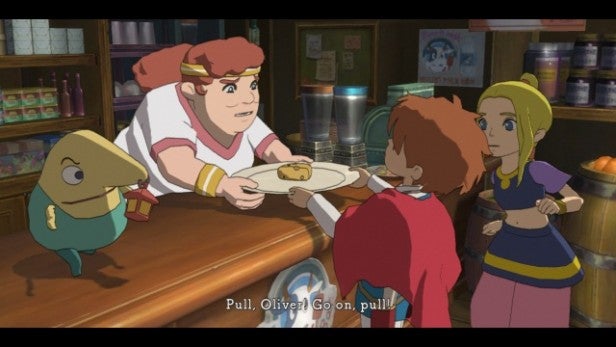 Crossing the two settings, the game isn’t afraid to tackle some fairly dark moments or deliver characters in need of hope, courage or redemption, and it has Studio Ghibli’s knack for tempering what’s almost mawkish sentiment with more complex feelings or bizarre personalities or settings.  The English script has a lot of fun with the more surreal elements, and the voicework is so good that it makes you wish the game was voiced throughout, not just key moments. Ni No Kuni is no flawless masterpiece, but it has moments where it transcends its genre and creates scenes of real wit, beauty or emotion.

Ni No Kuni – Quests and Combat

That’s not to say, however, that Level-5 has been napping on the job, hoping that the visuals and the narrative will carry some lacklustre gameplay. At its worst Ni No Kuni can feel like just another Japanese RPG, with its share of featureless dungeons and almost endless wandering through landscapes peppered with semi-random monsters. Yet the more you play, the more you appreciate the sophistication and depth of its gameplay. What starts off looking like a dumbed-down RPG for kids has more than immediately meets the eye. 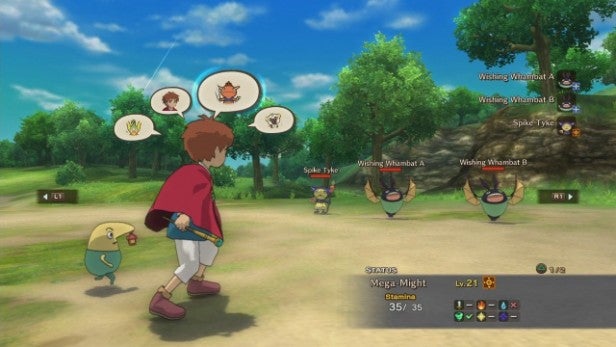 Take the combat for example. As in traditional Japanese RPGs the combat isn’t quite in real-time. Rather than taking action directly, you issue orders to attack, defend, cast a spell, use an item or pull off some special move. Yet there are real-time components. You can move directly on the battlefield as you execute those orders, positioning yourself to take advantage of a monster’s weak side, or grab the health and magic recharges that drop in the midst of battle. What’s more, timing is crucial. If a monster is charging up a big attack, then you need to switch to a defensive mode immediately, or charge in for a risky counter. Time things wrong, and you’ll find yourself on the sharp edge of big damage.

And though you can take part in the fighting directly, the real meat of the combat lies in using familiars; cute little minotaurs, nymphs, monkey-sprites and salamanders, each with their own moves, their own strengths and weaknesses and peculiarities. Familiars can be levelled-up, equipped and boosted with treats as your hero levels up, and they’ll even evolve into stronger, more adult forms. 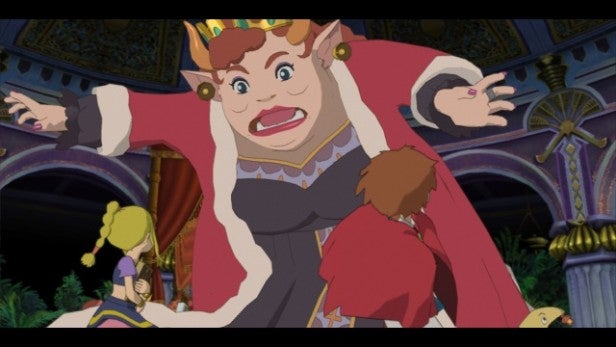 As the game progresses you get the ability to convert monsters into familiars through a handy serenade move. This adds an extra, oddly Pokemon-like depth to the game, particularly as extra heroes join your party, and you find yourself juggling familiars and roles between the group. Like recent Final Fantasy games, you set tactics for your allies rather than take direct control, but it’s fairly easy to place them in support or medic roles while you get on with dealing damage.