What is the Nexus Player?

Google has had several stabs at TV over the years and the Nexus Player (£79 / $95 USD) is its latest. Based on the new Android TV OS, it’s out to fill the crowded niche of small streaming boxes for accessing Netflix, on-demand video, music and games on your TV.

As with so many early Google products, though, it feels incomplete. It’s a good showcase for the potential of Android TV, but the likes of Amazon Fire TV and the Roku 3 surpass it easily – even the ageing third-gen Apple TV edges it in some ways. It mostly works as advertised, but only early adopters and devoted Android users need apply right now. 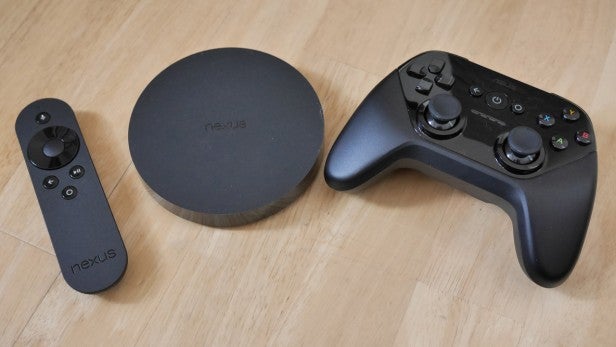 There’s a tried and tested formula for these things – make it small, make it black and tack on some glossy bits so it doesn’t look too dull. The Nexus Player follows this formula faithfully, though it mixes things up a touch with its flying saucer design.

A nice aspect of this design is how the connections are recessed within a large cutout. This makes them tricky to access, but it helps guide and conceal the cables – a nice touch. Not that there are many cables to disguise, mind you. There’s an HDMI out, a mini USB port and a power socket – that’s it. No Ethernet. No optical audio. 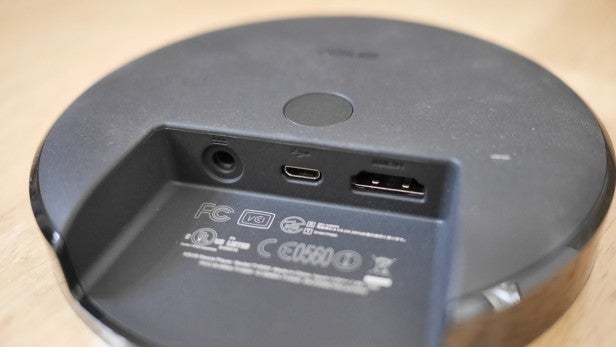 Fast 802.11ac Wi-Fi softens the lack of Ethernet a little, but not everyone has a router that employs that faster, more stable Wi-Fi standard. It’s a relief, then, that standard USB-to-Ethernet adapters work fine, even if the Micro USB port makes things harder than necessary.

But the limited 8GB storage is difficult to reconcile. Only 5GB is free anyway, which is a piddling amount that a few games and apps will fill up in no time. Moreover, USB storage isn’t really supported. You can plug in USB storage, but you’ll need to sideload a file explorer to access the space therein. Good luck with that. 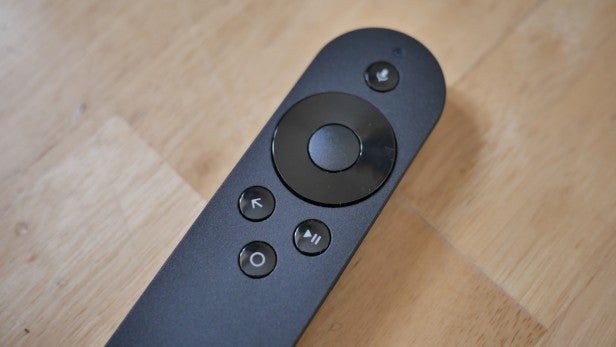 Setting up the Nexus Player is dead simple. You don’t even have to enter your Google password – an option to visit a website and input a PIN means you don’t have to mess around too much with the on-screen keyboard.

The provided Bluetooth remote is reminiscent of the remote on the Fire TV – it has fewer buttons, but the likeness is uncanny. There’s a four-way control and main action button at the centre, and it’s flanked above and below by the Voice Search button (above) and Back, Play/Pause and Home button (below). All the buttons have a nice, firm, precise action. It’s a good start. 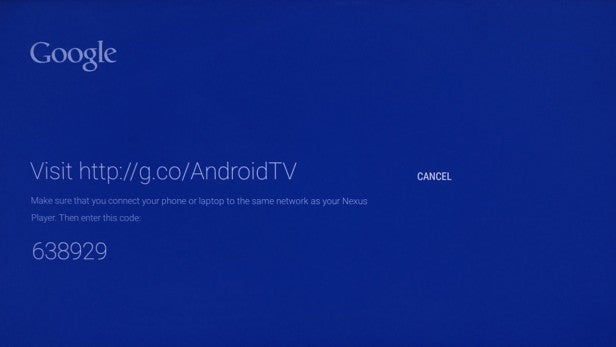 As is the homescreen that welcomes you. As you might expect, Google’s services get top billing. The main stream is a mixture of recommended YouTube videos, and films and TV shows from Google Play Movies & TV, while scrolling down reveals icons for downloaded apps and games. The interface, and the remote, are faultlessly slick and responsive.

The basic navigation is easy to pick up, too. The Back button mostly sends you back a step, while the home button brings you further back to the main homescreen. In Google apps, such as YouTube and Google Play apps, the homescreen appears over the top of what you’re watching without interrupting playback. 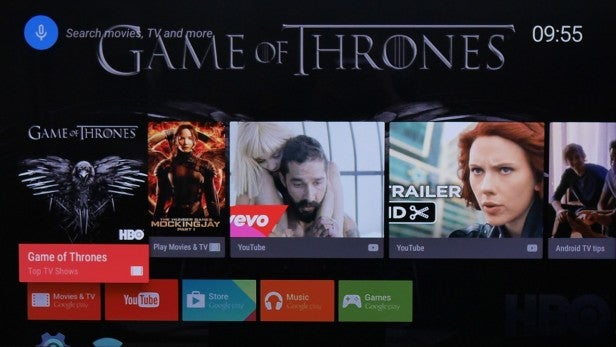 It all looks and feels very slick, but it doesn’t take long for cracks to appear in the shiny veneer. The most glaring is how the main content stream sometimes loads completely different YouTube videos to the one you select – I have nothing against Ellie Goulding, but I’m more interested in the latest Game of Thrones than her music videos.

The Back button behaviour is sometimes confusing, too. It can take more back clicks than you’d expect to get the desired result, and every now and again it sends you somewhere totally unexpected. 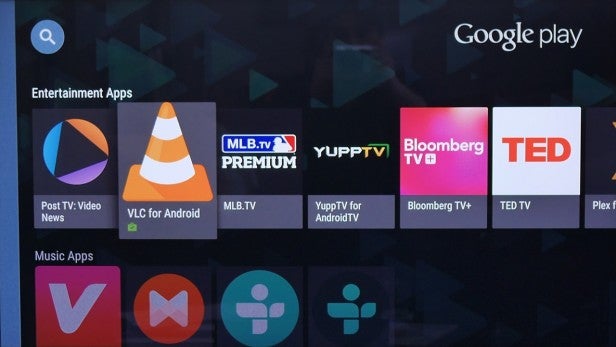 Android TV doesn’t appear 100% stable yet, either. Browsing the smart playlists in the music app often crashes back to the homescreen, for example. This isn’t a regular occurrence, but it reinforces the impression that Android TV is still unofficially in beta.

Pop into the Google Play Store, meanwhile, and you’ll quickly appreciate how few apps are there right now. Netflix, VLC Player and Plex are the only serious video apps available, and there are even fewer music apps.

It’s a poor turnout compared to Amazon Fire TV. It includes BBC iPlayer, Demand Five, Spotify, Sky News, Vimeo and BBC News alongside most already present on Android TV. Roku, meanwhile, has all the UK’s catch-up services and includes Sky’s Now TV service – vital if you want to enjoy live sport on your streaming box in the UK.

This is bound to improve over time, but it’s just as well that you can stream content from your phone using Google Cast, as the native catalogue needs some work.