No matter how many unfavourable comparisons we may make to other Android and Apple devices, we can’t take away that the Nexus 9 is the first tablet to launch with Android 5.0 Lollipop.

It’s a major update, one that brings a whole new look and a bunch of behind-the-scenes features. However, anyone who has used an Android device in the past few years will find it terribly familiar, and a good deal of the added features have been seen before in custom Android interfaces. 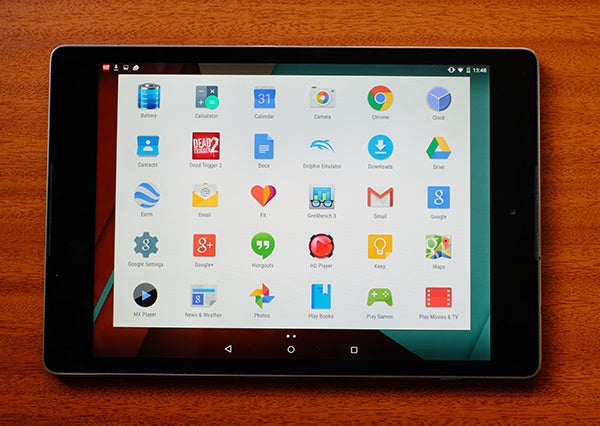 This being a Google release, though, everything in the Nexus 9 is executed with an extra kick of class and cohesion that these custom Android interfaces generally lack. It also seems to want to add a bit of texture and depth to Android.

The texture comes largely from the two rather lovely ‘torn’ paper default wallpapers, but there’s also a little bit more depth to some of the interface. Most of it is aesthetic – different animations here, some slightly clearer drop shadows there – but it works.

It also involves a tweaked colour scheme. Bold colours have been given a pastel inflection that provides the whole system a slightly more lifestyle-friendly look. Where the Android 4.4 KitKat look was bold and a little cartoony, the new look makes Android 5.0 easier to accept for those who might still consider Android a bit geeky next to Apple’s iOS devices. If they still exist.

But what’s actually new and, well, useful? There’s a bunch of alterations, but most are things we’ve seen before. 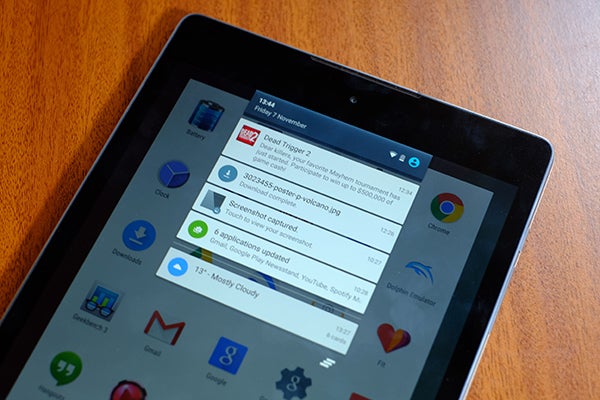 For example, you can now check out your notifications very easily in the lock screen, and there are easier-access feature toggles in the notifications menu. You just drag down once more from the notifications screen to access them. It’s a great improvement for vanilla Android devices, but is nothing new in more general terms.

Cross-device support has been improved too. You can resume content between, say, an Android 5.0 phone and tablet, although this will naturally only apply to apps that have this support built in. Without a whole swathe of Android Lollipop devices to switch between, we have a little while to wait and see what this really feels like.

Other important elements of Android Lollipop live under the surface, and are things most people do not need to consider. For example, it’s the first version of Android to offer native support for 64-bit CPUs like the Nexus 9’s Nvidia Tegra K1.

It also sees Android switch to the ART runtime from the DALVIK one, a measure designed to speed-up overall performance at the expensive of a little storage space. However, at present the difference is not really noticeable.