What is the Nextbase 512GW?

The 512GW is a mid-range dash cam from Nextbase, a company originally set up in 1999 to import portable entertainment systems from China. Since then, Nextbase has developed quite a large range of dash cams, so it’s a surprise that this is our first experience of the brand in this area – although we have come across the company’s other products, for example with the Walking Cinema Portable DVD Player.

Nextbase dash cams are readily available from Halfords and are allegedly endorsed by the AA, so it’s no surprise that the specification and build make for a promising start. The sensor inside is a Sony Exmor R unit, although there’s no indication of the size or resolution. There are at least sufficient pixels for 1440p recording (2560 x 1440) at 30fps.

Alternatively, it’s possible to record Full HD (1920 x 1080) at 60fps. You can also choose Full HD and 720p at 30fps. At the top resolution, video is captured at 27Mbits/sec, so a 16GB memory card will be enough for 77 minutes of footage before the recoding loops to replace the oldest files with new ones. As usual, there’s microSD for storage, but none is supplied in the box – which is a shame for a dash cam that is well out of the budget territory. 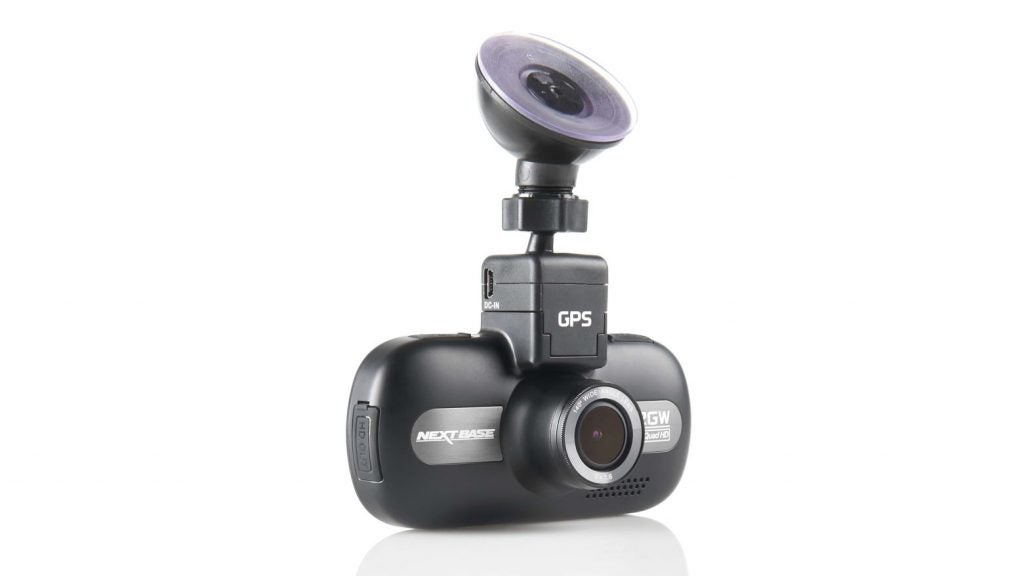 The 512GW is one of the first dash cams I’ve seen that gives serious consideration to the speed at which it can be fitted and removed in your car. The system isn’t quite as slick as the magnetic mount used by TomTom’s satnavs, but it remains user-friendly. The dash cam slides into the mount, which houses the power connectors.

The mount includes a mini-USB connector that you can attach to the long car power cable. Unfortunately, this has a non-removable car cigarette light adapter at the other end, so you won’t easily be able to hook up the 512GW and a satnav to automotive power – unless your car has a USB connection and the satnav can make use of this.

Nextbase provides two mounting options in the box: suction cup, or a 3M-supplied adhesive patch for a more permanent connection. It’s handy to have both. Only one of the quick-release mounts is included in the package, however; you’ll have to attach the ball joint to whichever screen attachment you decide to use.

The rear of the 512GW is dominated by a 3-inch LCD screen with touch-sensitive buttons on either end. There’s a clearly marked menu button, which loads the video settings. You can change the resolution, but also vary the exposure between +2 and -2 in five steps. 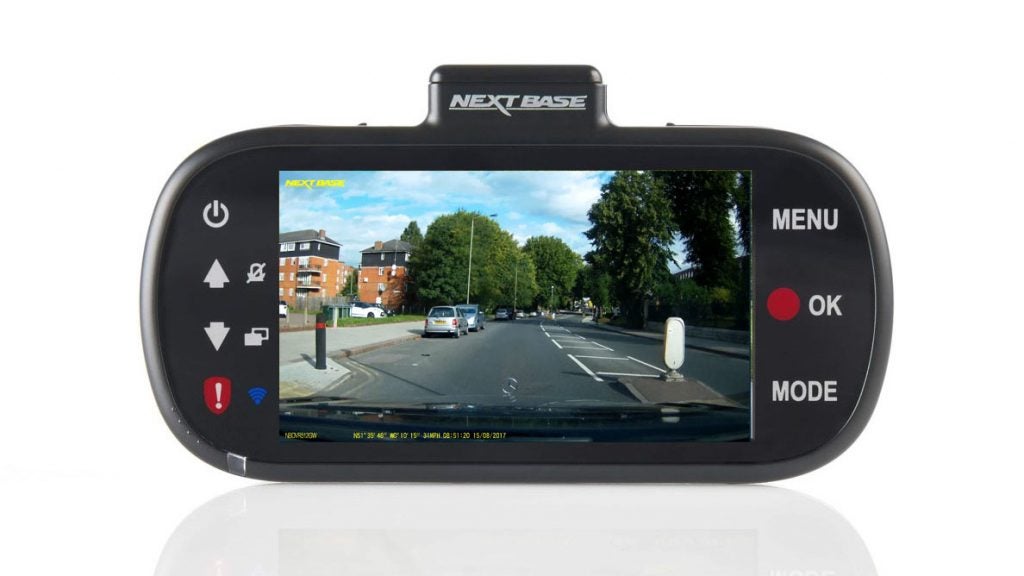 You can enter your number plate so that this can be stamped on the video frame. Other additional information that can be added are time and date, speed, GPS location, and the model number of the dash cam. These are all displayed along the bottom of the frame.

Looping length can be set at two, three or five minutes. There’s a time-lapse option with durations of three minutes or two hours between frames, which are rather strange choices. It might have been useful to have a few options in-between. You can turn on a parking mode, where the 512GW will sit in standby mode and record two minutes of video every time it detects physical movement.

You can also rotate the display, should you want to mount the camera upside down – although the menu buttons stay where they are. The G-sensor can be set at High, Medium or Low, or turned off. This will detect sharp motion, indicating an incident, and will mark the current video recording as an emergency, which will guard it against being overwritten.

There’s a photo mode as well, which you can select instead of video mode. This captures images at a resolution of only 1920 x 1080. You can take pictures with the Record/OK button on the right-hand side of the screen. This could be a useful feature if you need to take some shots of damage at the scene of an accident, although the images aren’t very high resolution.

As you’d hope for a dash cam costing nearly £150, there’s built-in GPS so your location is stored along with the video. You can then view footage using the Nextbase Replay 3 software, available for both 32-bit and 64-bit Windows as well as for macOS. This will show the journey on a map as the video plays along, plus G-sensor information. 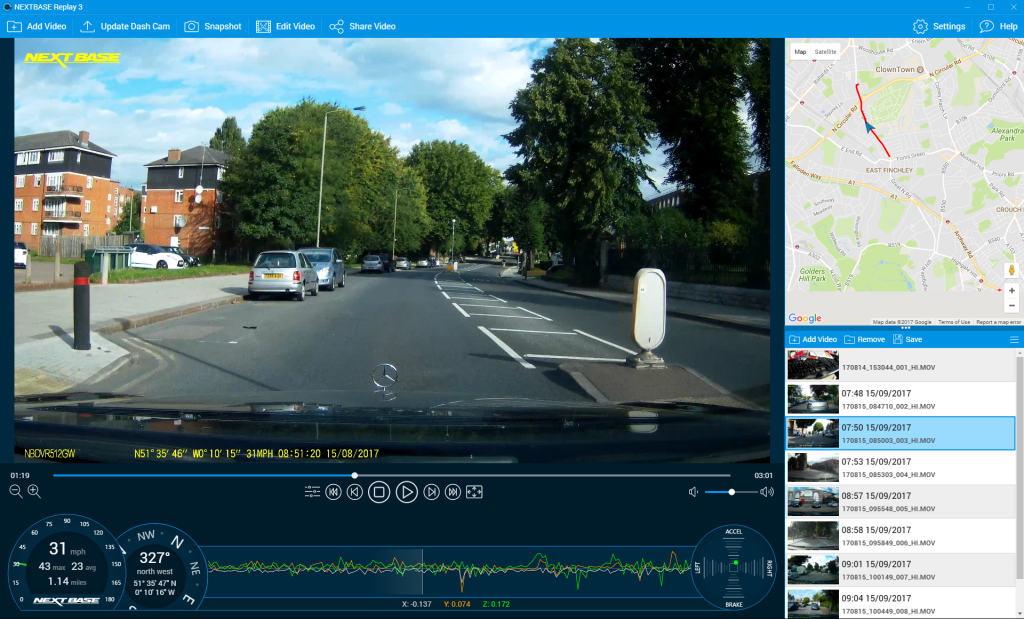 However, despite the inclusion of GPS, there’s no option to install safety camera locations. Forward collision detection and lane departure warnings are also lacking. I’d have expected these features in a dash cam at this price. You do get an additional mini-USB for attaching a rear camera, although Nextbase currently doesn’t offer such a device in its range. A mini-HDMI output allows for viewing your dash cam videos on a bigger screen. 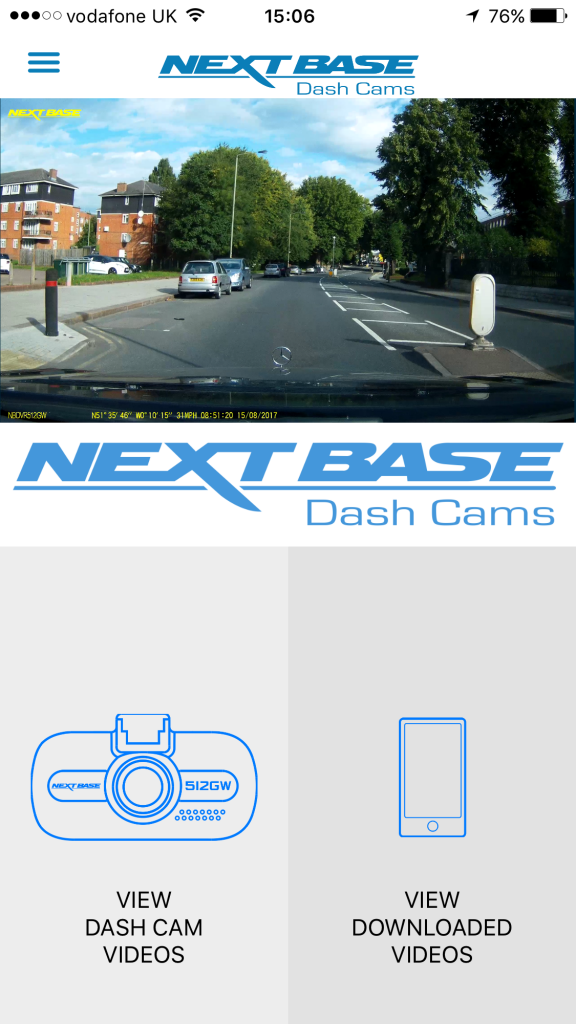 One ‘on trend’ feature that is included is Wi-Fi. You can set up the 512GW as an access point, connect to it with your smartphone, then use the Nextbase Cam Viewer software for iOS and Android to access the videos recorded on your dash cam. It doesn’t provide the ability to change camera settings, but it does let you get a live view, trigger record and download videos to your smartphone for sharing as well as viewing any videos already downloaded. It doesn’t include the ability to view videos alongside their GPS information, however.

The Nextbase may not offer a great many extra features, but it does deliver in the most important area: image quality. The healthy data rate and Full HD resolution provide footage that’s faithful in colour and relatively devoid of artefacts. It’s more than up to the job of providing a useful view of the road ahead in case you need video evidence of an incident.

Here is a sample of footage from the Nextbase 512GW.

These are a couple of photos taken with the camera. 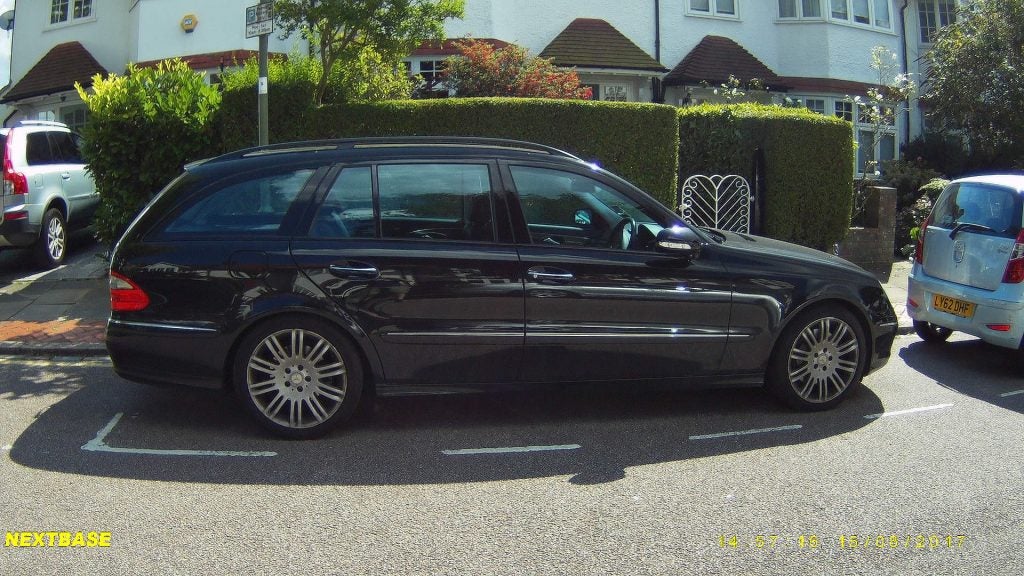 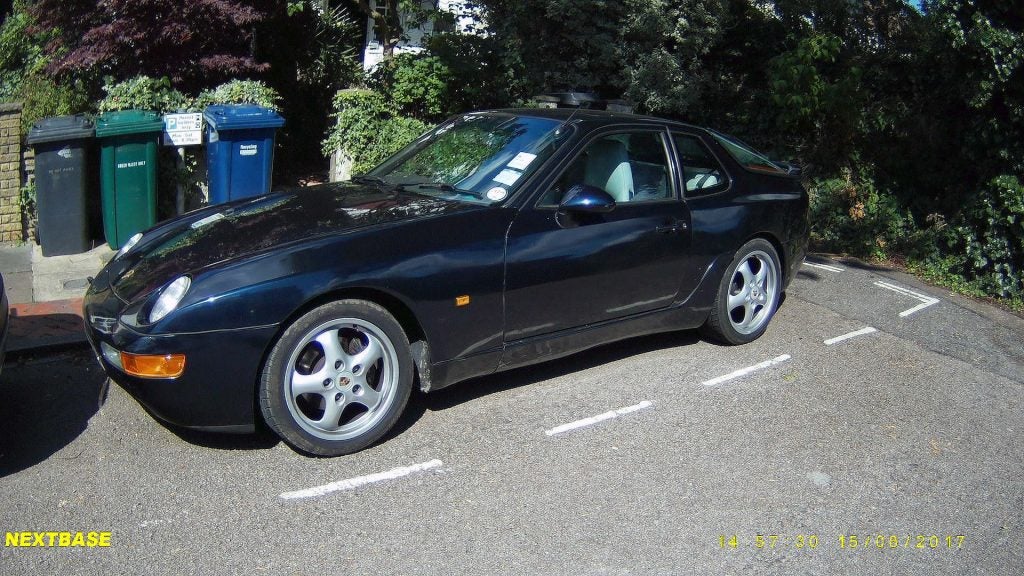 Again, decent enough quality for Full HD, but it’s a shame they don’t use the full resolution at which the 512GW is capable of shooting in video mode.

Should I buy the Nextbase 512GW?

The Nextbase 512GW is a well-constructed device, and the quick-release system is a boon. Image quality is towards the top-end of current dash cams. It’s a shame that photos are only Full HD, and that there are few bonus safety features built in. But with the GPS capability, Wi-Fi and the facility to see video alongside the map location via Nextbase’s software, it will do the job well as a personal automotive surveillance device.

The Nextbase 512GW offers capable image quality, built-in GPS, and Wi-Fi – but it lacks some the most advanced dash cam safety features.