The 3DS accepts all existing 3DS and DS cartridges, which are around the same size as an SD card and pop into a spring-loaded slot on the bottom edge of the machine. It also has a microSD card slot and comes with a 4GB card for storing downloadable titles. This can be swapped out for a card with a larger capacity, which is a wise move if you intend to purchase games via the 3DS eShop – some of them take up a lot of space. 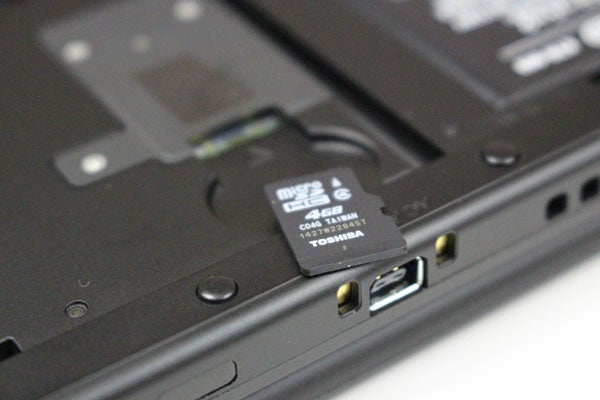 The console comes pre-loaded with several applications, including Mii Maker (for creating cartoon-like avatars), StreetPass Plaza (where you can exchange data wirelessly with other 3DS owners and take part in addictive mini-games) and an AR Card mode, which uses a bundled set of cards and the console’s camera to create diverting 3D augmented-reality games. You can also download other apps – such as YouTube – to the system, but don’t expect an selection of choices to rival the iOS App Store or Google Play market – this isn’t a smartphone or tablet.

The most recent software update for the 3DS range enables you to download premium themes which lend the console’s UI a more colourful feel. However, at £1.79 a pop, these will be too pricey for all but the most dedicated Nintendo fanatic. 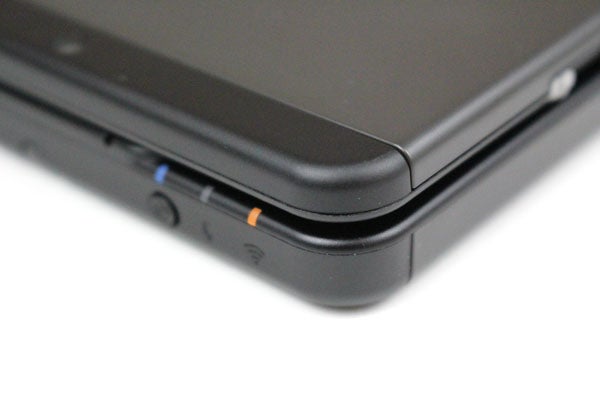 All past editions of the 3DS have something of an Achilles heel – their battery life is pretty dismal. The 3D and Wi-Fi drain the juice quite dramatically, and even the larger 3DS XL from 2012 only offers around 6 to 7 hours of play time at best. You would have therefore assumed that with battery tech improving all the time and the price of larger-capacity cells dropping, Nintendo would have taken this opportunity to bolster the stamina of the New 3DS.

Sadly, this isn’t the case – the New 3DS comes with a 1400mAh battery, which is only a moderate jump from the 1300mAh pack which shipped with the first model back in 2011. As a result, there’s very little noticeable difference in overall stamina, and when games which use the additional grunt of the console’s improved processor arrive next year, we could actually see the battery life heading in the opposite direction.

While previous iterations of the 3DS utilised SD cards, the New 3DS has moved on to microSD media, which means that if you’re upgrading from an older system and you’ve bought a large-capacity card, you’ll need to lay out for another card in order to transfer all of your downloads to the new console. It’s also worth noting that the Japanese version of the New 3DS doesn’t come with a charger – and seeing that neither the 3DS XL or 2DS shipped with a charger in the UK, we can expect Nintendo to take the same approach when the system launches here next year. 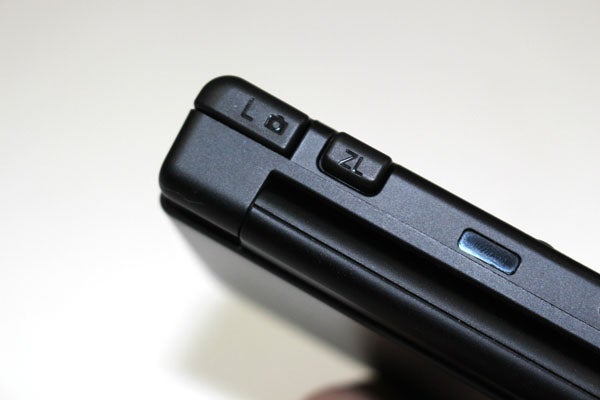 Should I buy the New Nintendo 3DS?

While there aren’t any New 3DS exclusive titles on the market yet, the improved screen, interchangeable face plates, faster performance and additional controls make it a worthy upgrade. However, unless you’re absolutely gagging to experience that “new console” feel, there’s little reason to start throwing money at the screen right now. If your current 3DS console is working as expected, it might be advisable to wait a little longer until we start seeing games which truly exploit the hardware – Capcom’s Monster Hunter 4 Ultimate is one of the first, and should put the C-Stick and additional shoulder buttons to good use. It doesn’t hit the West until next year.

If you choose to import a New 3DS from Japan – which is the only region where it’s currently available at the time of writing – you should be aware that it won’t run UK games. Nintendo region-locks all of its hardware, and that means consoles will only work with software from the same territory. The system’s eShop region will also be locked to Japan, but it’s possible to use a UK credit card to purchase titles, so it’s not a total loss – in fact, owning a Japanese machine means you’ll not only get some games early, but you’ll also have access to titles which have no chance whatsoever of a Western release – the caveat being that they’ll be almost entirely in Japanese.

Given the age of the 3DS hardware, it’s highly likely that this is the final revision we’ll see before Nintendo puts the platform out to pasture and moves onto its next great portable offering. As such, it’s a successful swansong for the console which had the impossible job of following the best-selling gaming handheld of all time, the Nintendo DS; it fixes many of the problems the 3DS has had since launch and offers additional power which will be best demonstrated by exclusive games expected in 2015. If you’re a Nintendo fan then chances are you’re already counting down the days until the western launch is announced or have already imported a Japanese model, but for everyone else, this remains the ideal entry point for the 3DS and its library of amazing titles.

See all our Games Reviews