Available for PC, Xbox One and PS4

Never Alone is a game you just want to like. A collaborative effort between game developers, Alaskan natives and a non-profit organisation working with Alaskan indigenous people, it tells a gentle, albeit dark, story of a young Inuit girl’s quest to find her family and home across a brutal terrain, with only her lovable fox in tow. Upper One Games’ offering ticks a whole load of sentimental boxes.

Visually it’s a sumptuous feast. As you progress through Never Alone, you will come across packed snow-drifts, ice-covered caves and the desolate remains of villages and town, all rendered with a terrifying and broken beauty. You’ll encounter spirits – some malevolent, some not – that waft across the screen like Inuit paintings frozen in the icy air. The animation of the game’s heroine, Nuna, and her Arctic Fox companion make the pair of them absolutely endearing – so much so, that neither need utter a word of dialogue for you to side with them. 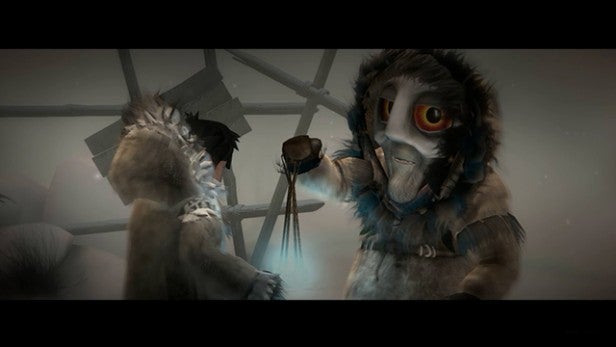 The story at the heart of Never Alone is compelling: after escaping death at the jaws of a polar bear through the help of her new canine friend, Nuna heads back to her village to find that everyone has fled after an ogre burned it down. Nuna escapes his clutches only to find herself lost in the Arctic tundra, desperately searching for a way back to her family.

The narrative is woven in the form of a folk tale. Nuna and her fox battle the elements in such a way, you feel knowledge of the harsh terrain of the Arctic is being passed down from generation to generation. The story in Never Alone feels like education; you are imbued with a sense of the dangers the icy landscape can present and how you may go about battling them. 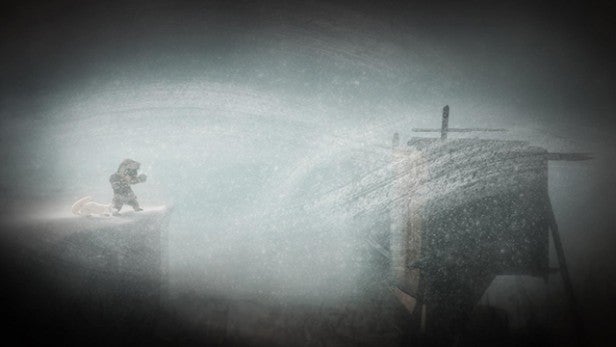 To be frank, Never Alone gives you a sense of place that few games do – Gabriel Knight: Sins of The Father and its exploration of New Orleans Voodoo is probably the closest example that comes to mind. As you work your way through the levels you’ll unlock a large list of videos revealing aspects of Alaskan Native culture. These mini documentaries give Never Alone the atmosphere of a cultural touchstone, which is why it’s a real pity that Nuna’s story is let down so badly in places by the game’s design.

At its core, Never Alone is a puzzle platformer where action moves from left to right and, occasionally, right to left. This means that a degree of immediacy is required from its controls and unfortunately, Never Alone is found wanting in this department. Time and time again you’ll find yourself mistiming jumps due to the unresponsiveness of the game’s controls. This isn’t so much of an issue during the game’s puzzle-solving moments – Never Alone loses none of its charm even when you’re spending more time than necessary navigating a section where there’s no immediate threat. However, during sections where Nuna and her foxy mate are being chased by some antagonist, the unwieldy controls can become downright frustrating. 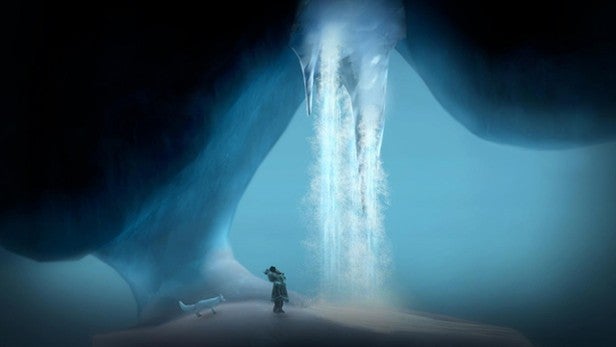 This isn’t such a deal breaker when Never Alone is played in co-op, where two players control one character each. However, it’s absolutely maddening in single-player mode, as the game’s AI is awful. There are times when one character will lag so far behind the other that the AI will mistime jumps and end up causing an instant fail in a level. There are others where the AI-controlled character won’t move at all, and the camera doesn’t expand to show the way forward.

The lousy AI becomes especially problematic in the latter stages of the game, when Nuna and her fox are pursued by enemies and the inability of the AI-controlled character to keep up with you becomes eye-wateringly maddening. 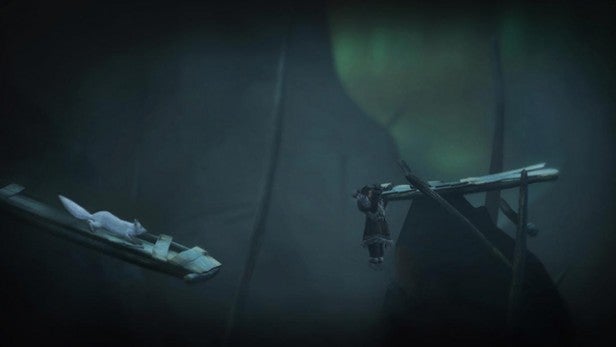 But perhaps the biggest flaw Never Alone boasts is how bland and shallow it all feels in terms of its gameplay. While there’s an element of puzzle solving to the platform action – such as using the fox to uncover friendly spirits that’ll help the pair up to higher levels – it’s never too taxing on your grey matter. Other obstacles, such as harsh gales or ice cracking underfoot seem included to lend the game a sense of challenge, but really all they do is break your momentum. Sometimes the way forward is obscured altogether and you end up in something of a loop, trying various means of progressing and dying a lot in the process.

Verdict
Never Alone is something of a disappointment. It’s by no means a terrible game, but the experience of playing doesn’t live up to its gorgeous presentation, lovely atmosphere and genuinely interesting content. It’s a pleasing diversion, provided you can round up a mate to play it with, and it tells a compelling story – but its drawbacks make it hard to recommend unreservedly.