Netgear’s recent acquisition of Infrant Technologies moves it firmly into the consumer and small business NAS market but this is by no means its first attempt. It made a token effort over a year ago when it launched the Storage Central SC101. Now we have the SC101T, which brings Gigabit Ethernet into equation but also looks to remedy some of the shortcomings of its predecessor, save for Mac support, which is still absent. 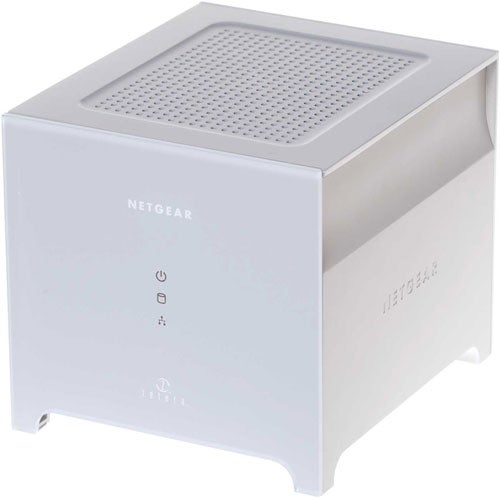 These desktop boxes differ radically from standard NAS appliances as they employ Zetera Corporation’s SoIP (Storage over IP) technology. The SC101T accepts up to two SATA hard disks, which you source yourself and it uses a simple controller card which runs a DHCP client. Using the supplied Storage Central Manager utility you select the hard disks and create logical partitions which are coined ‘IP partitions’. This is the clever bit as the appliance gives an IP address to each partition making it appear to the network as a new hard disk. Each partition is then assigned a unique LBA (logical block address) range – the same as that used by hard disks to determine the physical location that data is either read from or written to.


The appliance watches network traffic and picks up any packets with a destination IP address that matches a partition. Each packet contains the data payload along with an LBA range, which tells it where that payload should be placed in that partition. From the client perspective all you need is a SCSI miniport driver, a filter driver which converts file system commands into IP traffic and the Manager utility. 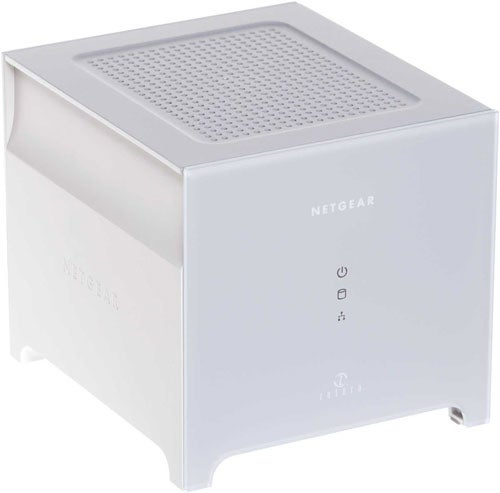 There’s more to SoIP, as you can share each partition with other users or restrict access to the user that created it. The drive simply appears to each system as a new local hard disk and each partition can be password protected. Even better is the fact that partitions can be expanded on the fly into available space and you can even add another appliance to the network and expand existing partitions onto its hard disks. Mirroring is another possibility and these can be created across two partitions on the same drive, over two drives in the same appliance and even over two appliances.


The SC101T has clearly been designed to overcome the reported overheating problems suffered by the smaller SC101. It’s around twice the size and has large cooling grills on the top and underneath. It also has a small internal fan but we found the appliance quite unobtrusive on our desktop. Hard disk installation is also a lot easier as you simply remove the front panel and slide the drives into the bays where they mate with the combined power and SATA interfaces on the controller.

Installation is a simple affair but you must have a device on your network, such as a broadband router, that provides DHCP services as you cannot give the unit a fixed IP address. The Storage Central Manager utility needs to be loaded on all PCs that want to use the appliance and this also installs the necessary drivers as well. There are plenty of wizards to help create your first partitions where you select a physical drive, provide a partition name and size and decide whether to mirror, share and password protect it. Once created, the partition appears as a new local hard drive where it is given a drive letter. Note that the appliance uses Zetera’s proprietary Z-FS file system format so you can’t remove a drive and place it is your PC. 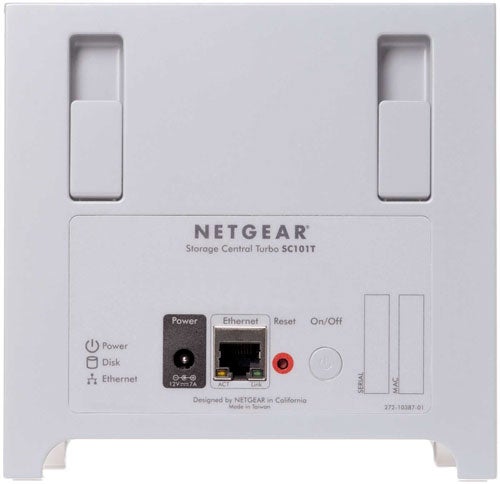 The Manager provides all access for viewing existing partitions and spare drive space, attaching, detaching and deleting partitions and sorting out broken mirrors. You can change a partition name and easily expand it into any available space. Keep an eye on available IP addresses as the SC101T has a real hunger for these. The controller and each physical drive require addresses as do each partition – a dual drive appliance with eight partitions configured will cost you eleven addresses. The other problem we encountered was drive identification as they are only denoted by their IP address. We had two SC101Ts on the test network and could only tell where each drive was installed by firing up one appliance and making a note of its addresses before starting up the second box. 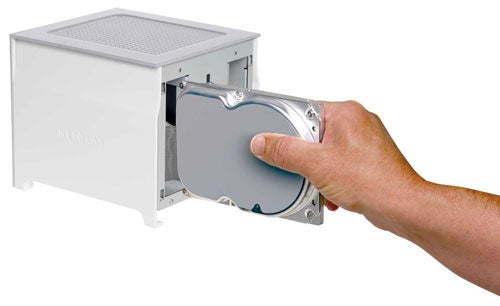 The SC101T posted a good overall performance with a 690MB video file copied from a Supermicro Pentium D 3.2GHz PC to the appliance and back again in 33 seconds for an average 21MB/sec read and write speed. Using a mirror across two appliances slowed write speeds down to 14MB/sec, whilst read speeds remained the same at 33MB/sec. For comparison we ran the same tests on a Netgear ReadyNAS NV with a four drive RAID-X array and this returned 11.5MB/sec and 27.6MB/sec write and read speeds showing the SC101T has the measure of most NAS appliances.


The SC101T remedies the shortcomings of its predecessor and adds support for high capacity SATA hard disks. Performance is up with most desktop NAS appliances making this a very interesting and affordable alternative for shared network storage although make sure you have a few spare IP addresses to hand.

The Manager utility identifies physical hard disks only by their IP addresses. Here we have two appliances but which one is each drive in?

Plenty of wizard based help is provided making partition creation a simple task.

You can change details on each drive and also expand partitions into available space on any drive.

Netgear installs a new SCSI driver and each new partition appears as a local hard drive.