Over the years we’ve concluded that Netgear’s NAS devices are, if not the best going, certainly among them. Better still, the company is doing a good job of bringing out systems such as the ReadyNAS Duo at a price point that all of us – not just those losing 50 pence in the pound come April – can afford. Such systems, however, can still be a little daunting to the non-tech savvy, which is where the Stora comes in.


At £190-odd for 1TB of storage it’s certainly an affordable NAS device and while the feature-set may be lacking compared to other devices, those features it does have are well considered and controlled through a very easy to use interface which should be usable by even the most adamant technophobe. 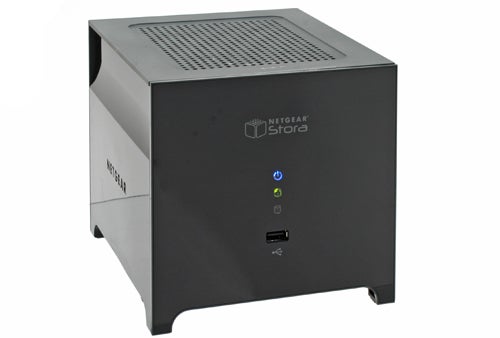 Without a drive the Stora weighs 1.36kg and measures approximately 150 x 175 x 146mm (W x H x D). It has two drive bays and the second will accept another 1TB hard drive, which once installed will automatically be configured to mirror the first. Once this RAID 1 setup is in place, either drive can be hot swapped with a replacement in the event of a failure without any loss of data or access to it. If you plan to keep important files solely on the Stora, it’s definitely worth factoring in the cost of a second hard drive.


The process of changing a drive is almost insultingly simple. The front panel of the Stora simply slides off to reveal the two drive bays, with the drives themselves sliding out at the pull of a lever found at the rear. The back of the Stora also holds a Gigabit Ethernet port, a power input, a reset switch (which defaults the system but won’t delete any data) and a power button. The front is home only to a USB port for connecting portable storage devices or enabling a USB printer to be shared across your home network. 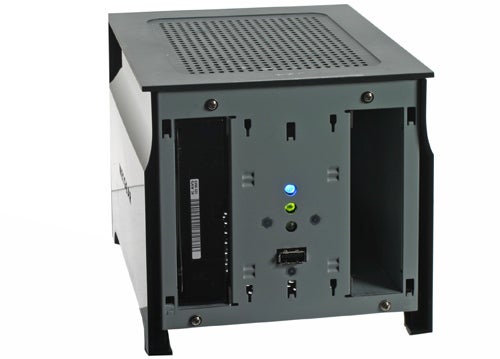 Configuring the Stora could hardly be simpler. If you’re feeling brave you could use the well laid out web interface, but typing in IP addresses is a bit 2008. To counter that need, Netgear supplies a CD (for both Windows and Mac OS) which provides a step-by-step set-up process, part of which includes giving the system a unique name. That might seem a bit odd, but this name is needed for remote access, which is provided via a portal at MyStora.com.


To get the most out of the Stora you’ll need to stump up for a premium subscription, which could be frustrating. Luckily at $19.99 per year it’s not overly expensive. There’s a 30-day trial included with any new Stora to help you decide if it’s worth paying for and some of the features are pretty nifty. Remote access to files on your Stora, via either a web interface of a desktop application is to be expected. The ability to configure Stora media shares and other such settings without needing access to the device itself could also prove useful. And a custom interface for browsing your Stora remotely on a mobile phone, which worked very well with my iPhone, is nifty if unlikely to be needed all that often.

Notable limitations without a premium subscription include FTP access being limited to unsecure connections and a three user account limit. A few other features, such as RSS feeds on new images, are only available with a premium account – feel free to check out the full list yourself. 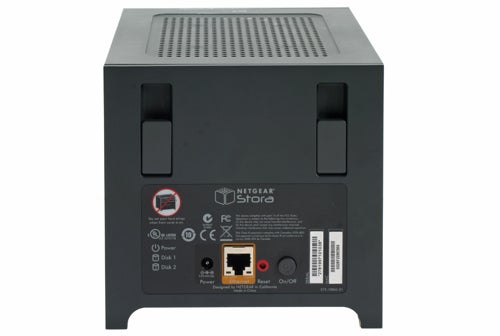 Of course the dilemma of the premium subscription is that many of the features can be replicated without it – web access to the Stora, for example, is a ‘simple’ matter of having a dynamic DNS point at your home IP. Other features, such as automatic uploading of images placed on the Stora to a Flickr account might prove worth the small yearly fee. Facebook integration is also here so photos can be uploaded from the Stora to your account. A slightly annoying limitation, however, is the need to confirm the upload on Facebook before the photos show up – at least this is a free feature, though.


Even without the premium subscription the Stora is a capable repository for your media library. As you’d expect, the Stora is DLNA certified and will stream your music, videos and pictures to any uPnP device you might have on your network. I had no issues getting my PlayStation 3, Xbox 360 and a Sonos ZonePlayer S5 to work. The Stora will also run as an iTunes server, if you so desire. 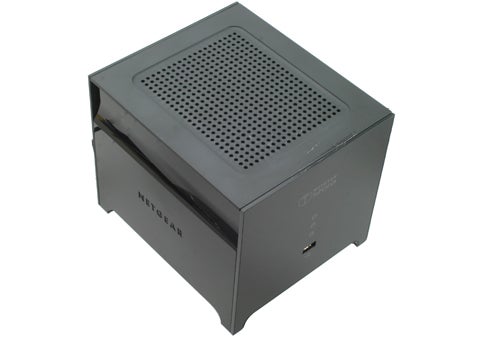 The desktop client used for managing files on the Stora is well designed. If you’re okay with managing the file system yourself it is, of course, possible to map the Stora as a network drive, but if you’re new to the concept of NAS devices, then having Netgear hold your hand a little while you acclimatise will prove helpful. The menus are intuitively and clearly labelled such as I feel convinced even the most computer illiterate of my (elderly) relatives would have no problems using the Stora.


It’s impressive to think that a 1TB NAS device can now be had for £190. That the Netgear Stora is also incredibly easy to set up and use is a bonus and although it does require a subscription the functionality added by MyStora.com isn’t bad value for money. If just a couple more features, most importantly a BitTorrent client, were added this would be the perfect entry-level NAS.