Netgear’s acquisition last year of Infrant Technologies was an inspired move as it got it hands on some of the best desktop NAS appliances on the market and also gave the company’s storage product range a much needed boost. However, although the ReadyNAS NV+ is a big favourite of ours it can be OTT for home users and the latest ReadyNAS Duo look set to remedy this. 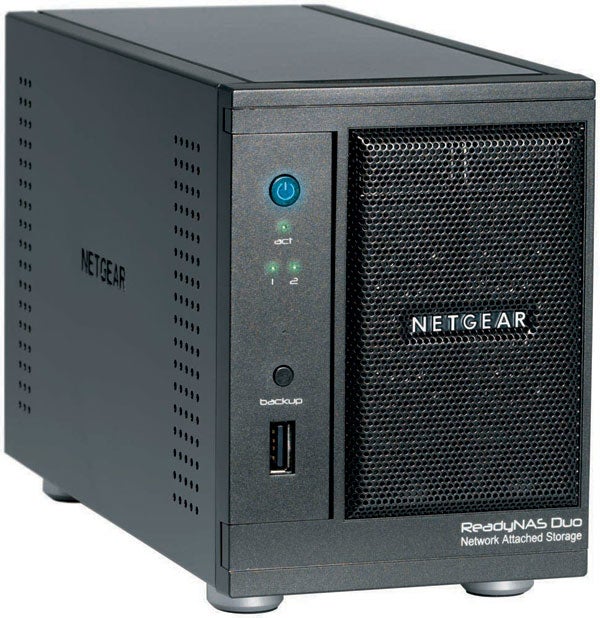 On review we have the RND2150 which comes with a single 500GB SATA drive in a hot swap carrier and room for a second alongside. The idea here is you buy the unit with one drive and when the time is right add a second to provide redundancy. The operation is a cinch as to fit the new drive to the carrier, you simply slot it in and leave Netgear’s X-RAID technology to create a mirrored array behind the scenes while you carry on using the appliance.


The Duo adheres to the same design principles as its larger brethren so you get a similarly sturdy metal chassis and door. A single Gigabit Ethernet port sits at the rear and is accompanied by a pair of USB 2.0 ports for adding external storage devices or networking USB printers. A small cooling fan is located at the rear and we found this to be very unobtrusive on our desktop. You also get the extra USB port at the front which ties in with the backup button alongside.


Installation is handled nicely by the bundled RAIDar utility which spots the unit on the network and offers quick access to the web interface. The Duo may be the smallest ReadyNAS appliance but it’s big on features as you get nearly everything that comes with the larger appliances. The web interface offers a quick start wizard that takes you through setting up shares and workgroup membership. NT domain and AD authentication aren’t supported but they’re unlikely to be used in the home anyway. 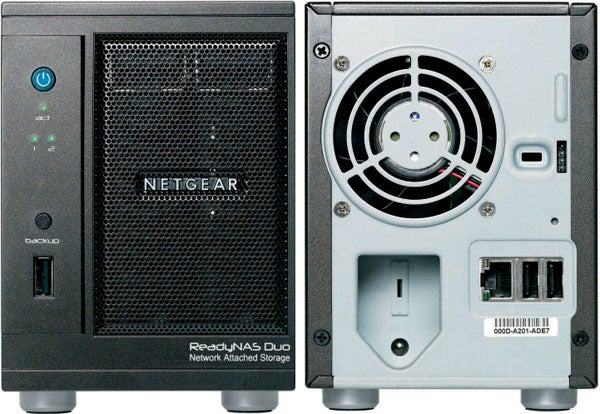 Client support doesn’t get any better as Windows, Unix, Linux and Mac systems can use the appliance and it offers FTP services on selected shares. Setting up shares is a simple task as you provide a name, decide on the default access of read only or read/write and restrict access further to selected hosts if required. Share access can also be controlled with the appliance’s user and group lists and you can apply quotas to these as well.


Backup options are plentiful with the bundled NTI Shadow utility looking after workstation backup. It allows backup jobs to be created that monitor selected sources and secures files as they are modified or newly created effectively mirroring them. Alternatively, jobs can be scheduled to run at specific intervals ranging from minutes to days of the week.

The appliance can also manage its own daily and weekly backup schedules and can secure data from sources ranging from local shares and USB devices to remote shares on other systems. As with Buffalo’s TeraStation Pro II you can secure data to another NAS appliance over the network although, unlike Buffalo, the Duo won’t list available appliances and expects you to know the full share path. The volume snapshot feature on the larger ReadyNAS appliances is not supported and although the user guide mentions this feature we found it wasn’t present in the Volumes menu option.


Netgear has improved its multimedia offering with a fine choice of streaming services. Its SlimServer can stream to Squeezebox digital players, it supports UPnP network media players and the home media streaming server can send videos, music and pictures to network DVD and media players. Naturally, an iTunes server is on the menu and you now have direct browser access to the Firefly media server allowing you to change its configuration and create internal smart playlists. 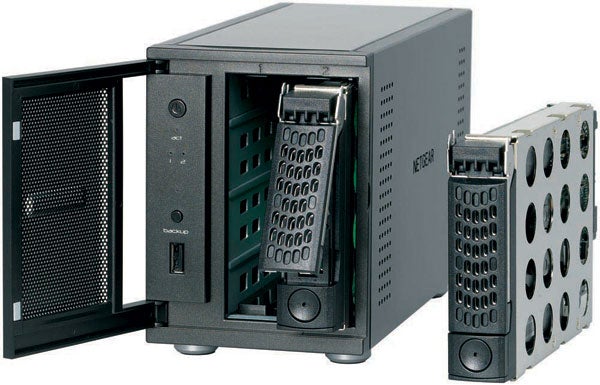 The new ReadyNAS Photos add-on ties in with the free Dekoh web service that allows you to publish picture albums on the Internet and share them. It’s a smart feature as your pictures remain on the appliance and you can control who can see them using email addresses or Dekoh user IDs. When you share an album with someone they receive an email advising them of this and they can go direct to their Dekoh account and view your album as thumbnails or slideshows and add their own comments which appear as a popup message in the recipient’s System Tray. BitTorrent fans are also on the guest list as the Duo provides this service and a separate download manager is accessible directly from the web interface.


The Duo is no slouch in the performance stakes either. Copying a 690MB video file over Gigabit Ethernet returned average read and write speeds of 24.6MB/sec and 17.3MB/sec. FTP speeds are on the money as copying the same file using the FileZilla utility returned good read and write rates of 21MB/sec and 11.5MB/sec.


The ReadyNAS Duo takes everything that makes the NV+ a great NAS appliance and packs it into a pint-sized desktop unit. It’s an affordable choice for home users, delivers good overall performance and offers a wealth of multimedia features into the bargain. 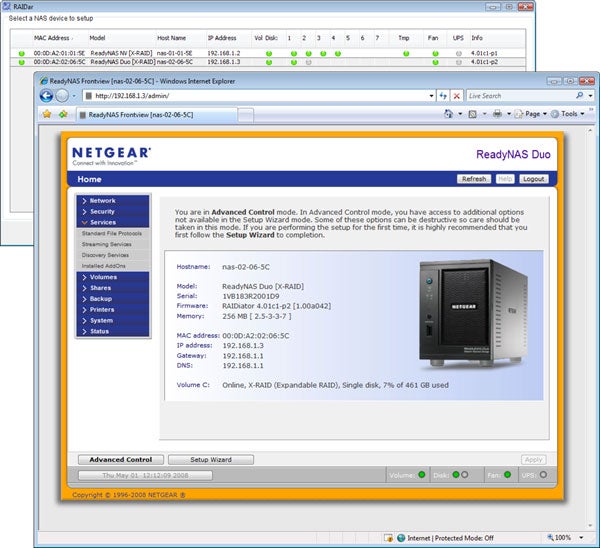 ”’(centre)RAIDar finds the Duo for you which then presents a tidily designed web interface.(/centre)”’ 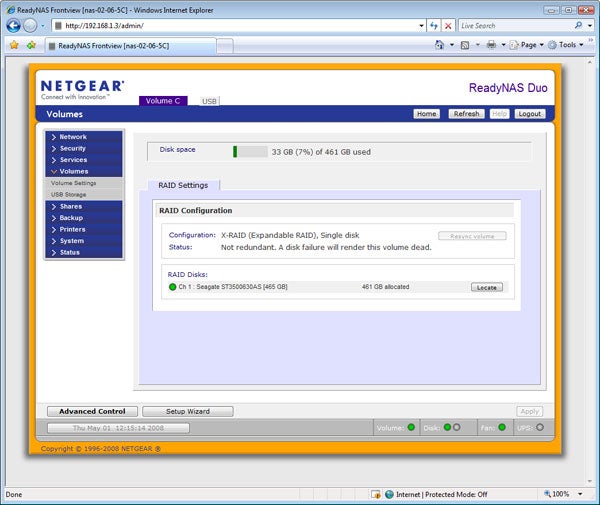 ”’(centre)Start with one drive, add another when you’re ready and X-RAID will automatically create a mirror.(/centre)”’ 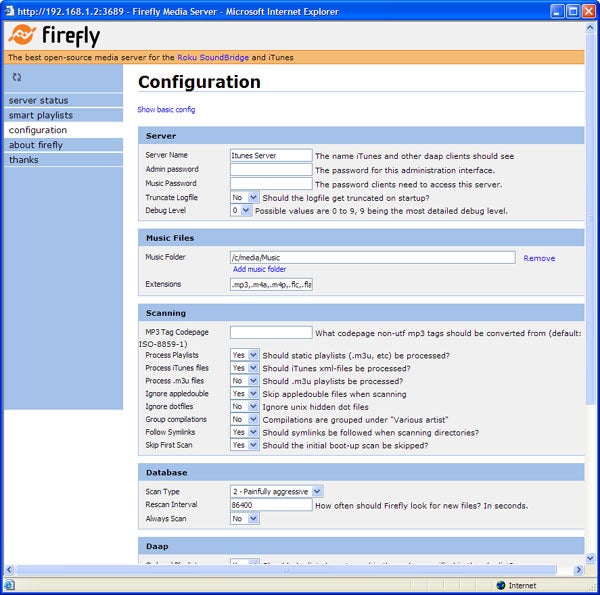 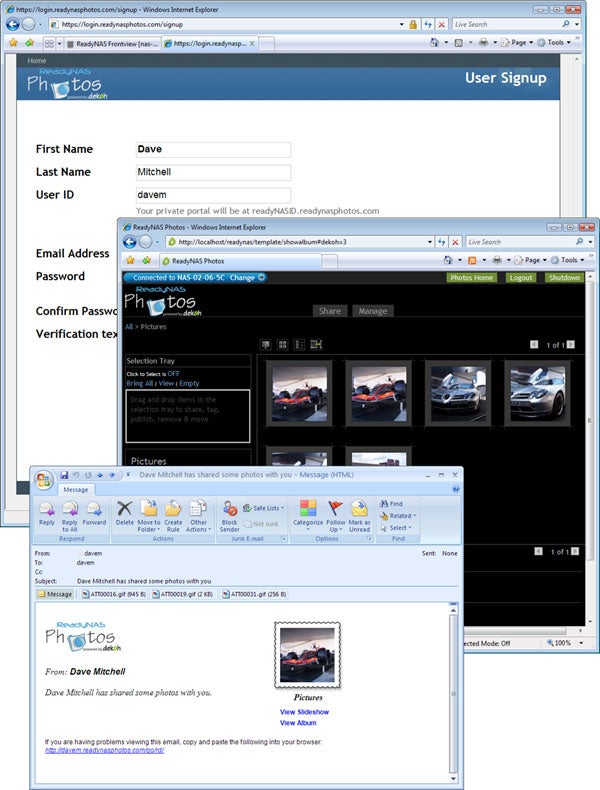 ”’(centre)ReadyNAS photos provides a useful service for sharing your pictures with selected users.(/centre)”’ 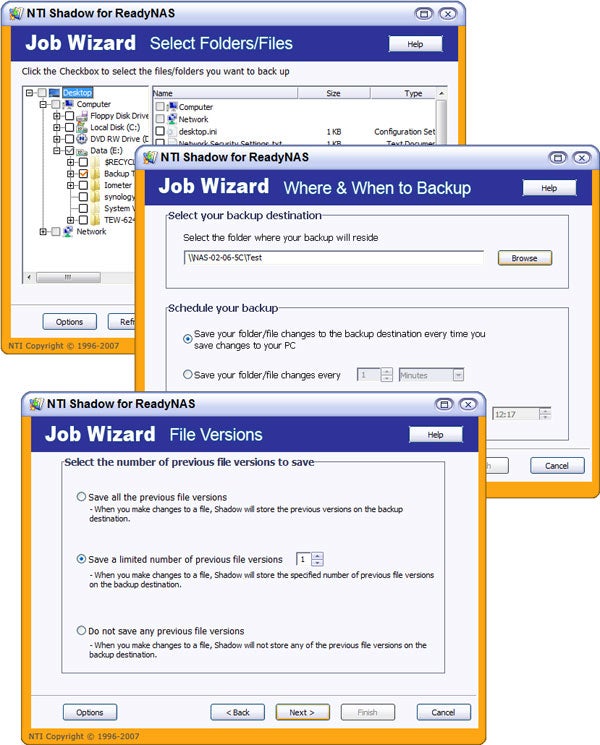