This is Netgear’s cheapest 802.11ac router to date and an attempt to cash in on the critical acclaim which has met WiFi’s latest standard. Consequently the R6100 cuts corners, but has it cut the right corners to make a brilliant budget router or is it a wireless ac device in name only?

On a superficial level there is nothing to tell the user they have bought a budget device; the R61000 retains the same flat, blocky form factor as its more expensive siblings (R7000 aside).

The flip side is the R6100 is no oil painting and it continues Netgear’s ill-advised habit of finishing routers in glossy, dust and fingerprint attracting piano black. The upright form factor is also a lot more obtrusive in living rooms than competitors’ products which predominantly lay flat.

So all in all while the R6100 looks like a premium Netgear router, an update of Netgear’s routers is long overdue. 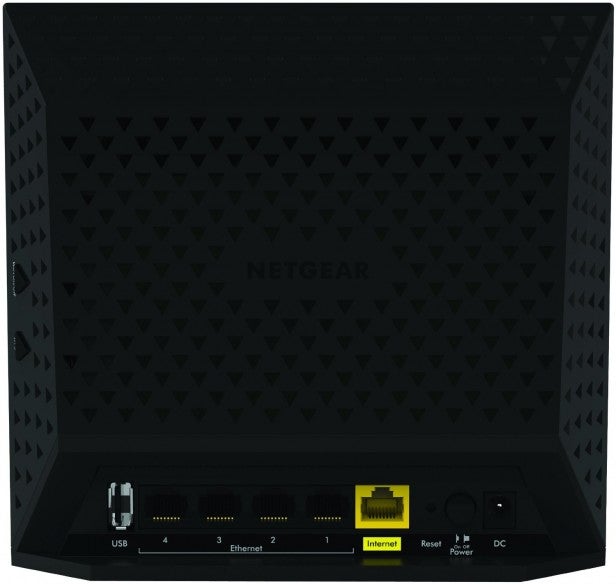 Given this is a budget device it should come as no surprise that the R6100 is marketed as an ‘AC1200’ router. This means reduced theoretical bandwidths of 867Mbps for 802.11ac and 300Mbps for 802.11n – then some poor maths adding them together. Typically AC1200 products struggle at range against their full fat AC1750 and AC1900 stable mates, but it is an acceptable trade off to cut costs.

Far more controversial, however, is Netgear’s decision to equip the R6100 with Fast Ethernet on both its WAN and four LAN ports. This means both the incoming broadband and connected wired devices are limited to 100Mbps (12.5MBps) – effectively throttling 802.11ac’s potential to deliver speeds anything like its potential (we’ve seen in excess of 80MBps).

Furthermore, the R6100 doesn’t even operate as a wireless bridge so it cannot simply be used for its wireless properties therefore bypassing the limits of its wired inputs. It is a similar approach to the Asus RT-AC52U, which we hated. 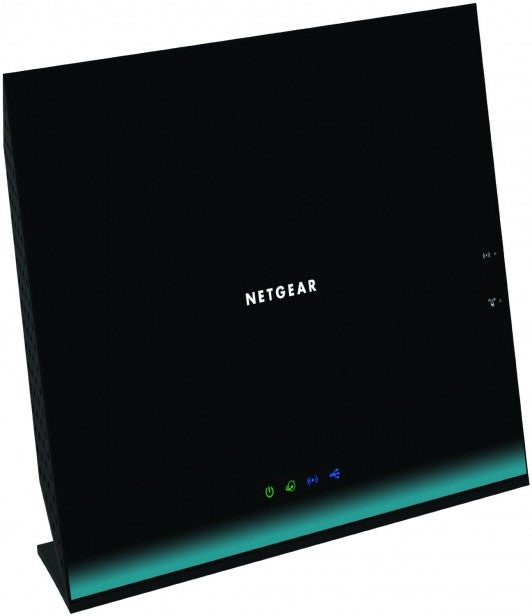 So what is Netgear’s logic? Like Asus, the company is banking on appealing to the masses who are unlikely to hit the bottle necks of Fast Ethernet (though Virgin Media can supply broadband over 100Mbps). It claims those customers will benefit from 802.11ac’s better performance at range and while each individual connection cannot top 12.5MBps, multiple wired devices can be used in conjunction at 12.5MBps given wireless ac’s greater bandwidth.

We can see this logic, but we don’t agree with it. Why? Because Gigabit Ethernet – which would unleash the full potential of the R6100’s 802.11ac – is dirt cheap. Adding it would’ve increased the price by only a few pounds and made for a vastly superior product. Fast Ethernet is a trade-off that should never be made on 802.11n 5GHz devices, let alone 802.11ac and it will be a deal breaker for almost anyone who knows a little about technology.

Then again if this doesn’t bother you the R6100 does tick most other boxes. WPS, WPA/WPA2 security is there along with support for IPv6 and a single USB 2.0 port. The R6100 also works with Netgear’s ‘Genie’ iOS and Android app which allows for control of the router and streaming of media when connected to the same network. It is no Linksys Smart WiFi rival as it doesn’t work from any location, but it is a nice extra. 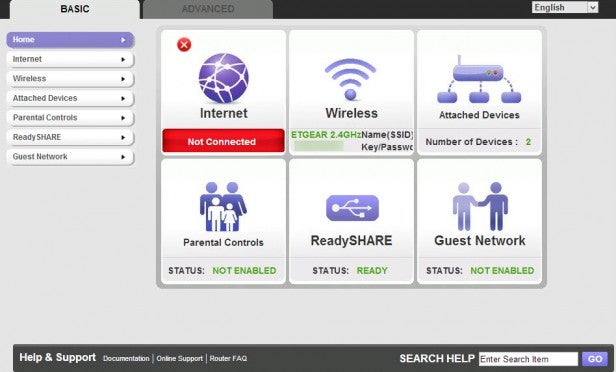 On the plus side setting up the R6100 is relatively straightforward. You connect to the router using WPS or by typing the password and it automatically opens a browser tab to begin the Setup Wizard. This isn’t quite as hand-holding as Asus, D-Link and Linksys which setup their routers password free and you set the password as part of the Setup Wizard, but it is a minor deviation.

Netgear does lose points for setting its default admin username and login both as ‘admin’, but you are prompted to change it. Both its 2.4GHz and 5GHz wireless SSIDs are split by default as well which is good practice and something these days that almost everyone follows (except for AVM, BT and TalkTalk).

Meanwhile the settings UI is perfectly functional, if wholly unremarkable. A grid of widgets shows the main options and is supported by a sidebar menu. You should find your way around without too much hassle, but like Netgear’s router designs it could do with a refresh.