The Netgear Nighthawk X4S is a super-fast, high-end router. Available in two versions, the R7800 is a router only while the D7800 includes a modem, which means you can get rid of all the kit ISPs deliver – unless you’re on fibre broadband. Offering AC2600 WiFi, this is one of the quickest routers available.

Right now, however, the issue is that there are few devices that can actually make use of the speed the Netgear Nighthawk X4S offers. And at £299, you’re certainly paying the early adopter tax here.

With most hardware, the Netgear Nighthawk X4S offers performance that’s close to a much more affordable model. 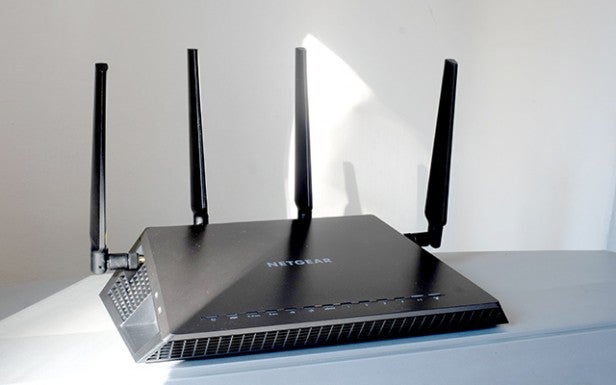 The Netgear Nighthawk X4S looks very similar to the Nighthawk X4 router I looked at last year. It’s the Batman of routers – all-black, with its numerous angles making it something you may want to show off rather than hide away. If you’re the kind of person who’d consider a router something worth an audience, that is.

Its front is packed with LEDs that blink brightly during operation. But thankfully, a switch on the rear can be flipped to turn all but the power LED off.

Four antennas protrude from the Nighthawk X4S, giving it an imposing look, and the unit is fairly large overall. The X4S is perhaps a little less bonkers-looking than the D-Link DIR-890L AC3200, but it’s clear that these two high-end routers are aiming for the roughly same market.

Many will be attracted to the Netgear Nighthawk X4S because of its promise of up to 1,733Mbps from its 5GHz band and 800Mbps from the 2.4GHz one. Right now, however, the only real way to see the X4S is to use a second router as a bridge, monitoring the transfer rate between the two.

In fact, it’s actually some of the router’s other features that help legitimise the Netgear Nighthawk X4S’s expense in reality. 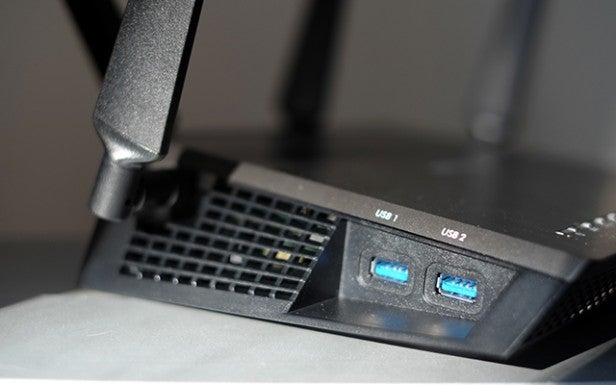 The X4S functions pretty well as a NAS, thanks to its extra connections. On one side sit two USB 3.0 ports, and on the other is an eSATA port. At one point during testing, I had a couple of hard drives attached to the router; while I had to re-establish the connection between laptop and networked drive a couple of times, thanks to connectivity glitches, I found that data rates over USB 3.0 are very good indeed. Check out the performance section for more details.

More traditional connectivity comes in the form of four Ethernet ports on the rear, and MU-MIMO should make the Netgear Nighthawk X4S work better when hooked up to a whole bunch of devices, rather than only a few. This lets the router address multiple devices at once rather than doing so in serial. Like several other aspects of the Netgear Nighthawk X4S, however, this needs to be supported by the WiFi adapter as the router – it won’t be of much use for some of your existing gear. 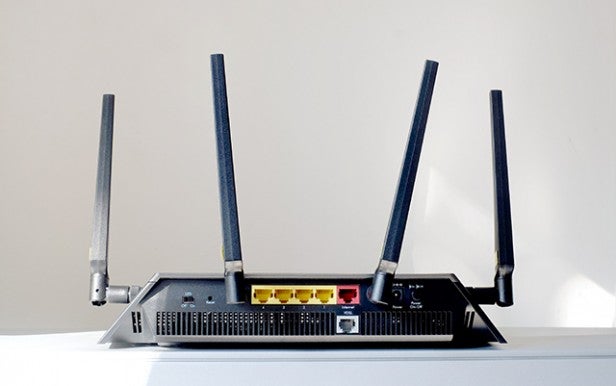 The Netgear Nighthawk X4S is a breeze to get up and running. A setup wizard pops up on first connecting a computer to the router, and this takes you through the short initialisation, much of which is automated anyway.

To see how idiot-proof it is, I tried plugging the cable leading from my Virgin Super Hub (acting as modem) into the standard Ethernet ports, rather than the one intended for the internet feed. Sure enough, the wizard suggested this as one of only a few potential issues.

As part of the Netgear Nighthawk X4S’s setup, you also receive the option to install Netgear Genie – desktop management software. It’s available as an iPhone/Android app too. 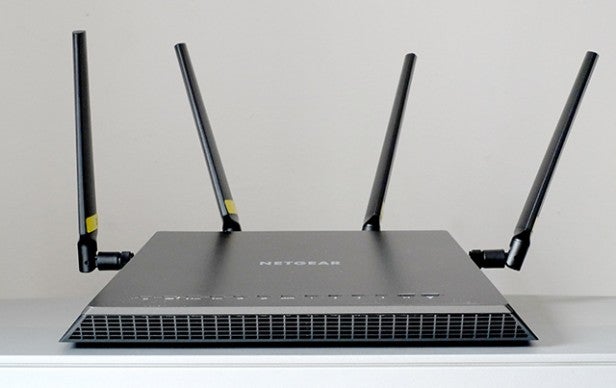 This doesn’t provide all the necessary controls, though. To manage QoS, you need to dig into the router more directly, by tapping its IP address into the browser address bar. And this part of the Netgear Nighthawk X4S’s software is more of a labyrinth. It’s very much a classic router interface: ugly, confusing and often quite slow.

QoS enables the Netgear Nighthawk X4S to manage bandwidth, prioritising services – such as Netflix, for example – that require a reliable, constant stream. 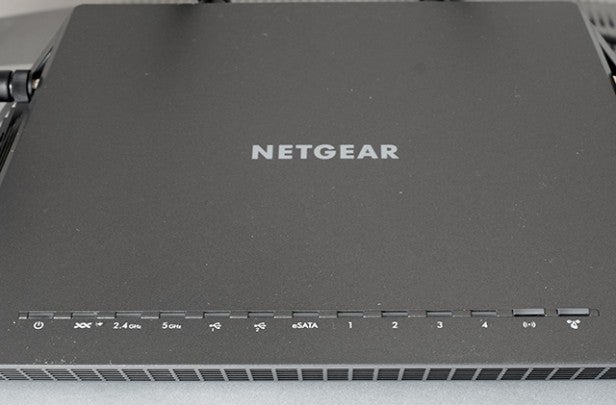 The key appeal of the D7800 version of the X4S is that is includes a DSL modem. As far as modems go, the Nighthawk X4S offers great future-proofing. It supports the VDSL2 standard as well as VDSL, ADSL, ASDSL2, and ADSL2. If you do want to use an alternative modem, or other Internet source, then there is still a fifth Ethernet port that can be used instead of the phone input. 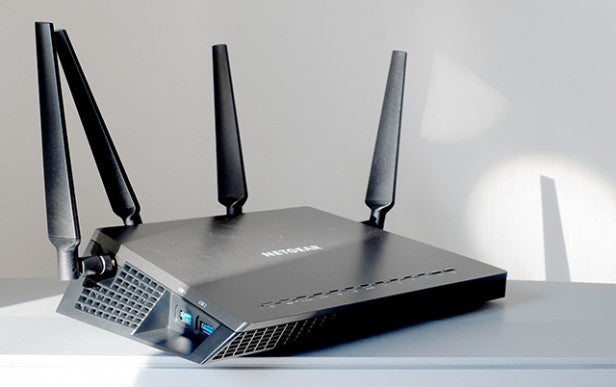 The Netgear Nighthawk X4S is one of the highest-spec routers available, with quoted bandwidth of AC2600. That’s 1,733Mbps from its 5GHz band and 800Mbps from the lower performance, higher range (and compatibility) 2.4GHz one.

Of course, right now the only reliable way to test the outer boundaries of these abilities is to link the X4S to a second X4S, since at present there is virtually no hardware designed to max-out this spec.

Theoretically, the 5GHz band should be able to transfer data at up to 216MB/sec. I’ve been largely testing the router with hardware you’re more likely to use at present: with a MacBook Pro and HP Spectre X360.

Real-world speed is very good, topping out at 71MB/sec when using 5GHz at close range. Among its peers, where the Nighthawk X4S excels is maintaining 5GHz performance at longer range. Even at 10m, with the signal travelling through multiple walls, I saw speeds of 40MB/sec. 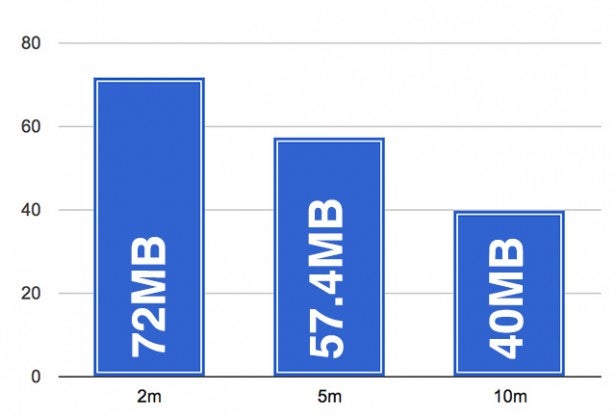 Speeds at 2.4GHz are rather more pedestrian; I’ve seen higher close-range speeds from cheaper models. However, you’re probably going to want to use 5GHz whenever possible.

Note that the Netgear Nighthawk X4S’s 2.4GHz band does display some issues towards the outer reaches of its range. Regardless of the device used, the router has a habit of disconnecting devices continually over 2.4GHz when the signal strength isn’t particularly strong. I’m sure that such issues are likely to be rectified with future firmware updates, but it makes switching from the Asus RT-AC68U unlikely. 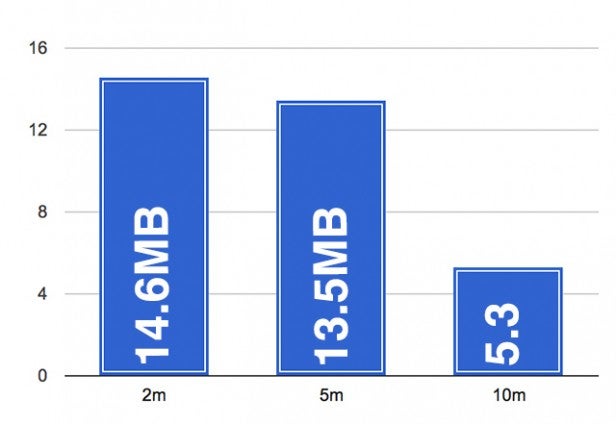 Another strong area for the Netgear Nighthawk X4S is the speed of its USB networking. With a fast-enough drive, it isn’t much slower than general network transfer speeds, with 66.5MB at close range over 5GHz, or 11.9MB over 2.4GHz. This modem router makes a pretty good NAS-style brain. The hefty 1.4GHz processor at its core helps to ensure it can juggle plenty of connections at once. 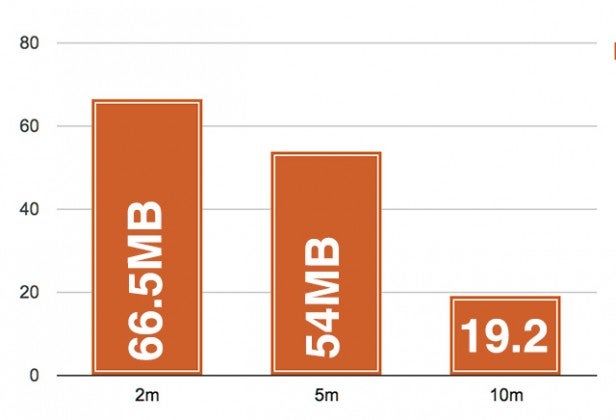 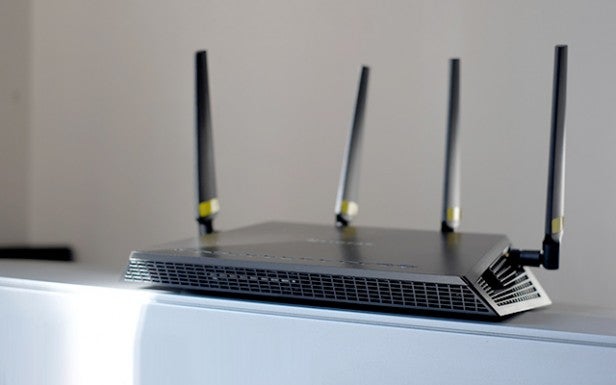 The Netgear Nighthawk X4S is a feature-packed, powerful router that’s particularly good at taking on some NAS-like duties, thanks to its generous USB and SATA connections and good USB 3.0 data speeds. 5GHz range is pretty decent too.

However, the premium paid won’t be worth it for many, especially given the connectivity issues I discovered when using 2.4GHz at long range. If you’re at the end of your tether with a bundled router, there are many cheaper options out there that will get you comparable results with today’s hardware in most houses.

If you are tempted, the R7800 version is slightly cheaper so makes for the better option, if you already have either a modem or a modem router that can be switched into a modem-only mode.

Although the Netgear Nighthawk X4S is a superb router, it’s expensive – and since few devices out there are capable of making use of the speeds its offers, it won’t be an option for many.