So while Netgear has done a
good job upgrading the look and usability of a basic carrier-supplied
MiFi, it lives and dies on performance, and I’m pleased to say Netgear
has nailed this as well. Obviously your mileage will vary depending on
your choice of carrier and location (all still have strong and weak
areas), but we came away extremely impressed.

The key factor in
this was finding an area where our smartphones (iPhone 6 Plus and Galaxy
Note 4) were only able to get a zero-to-single bar of 3G signal, but
the AirCard 785 was still able to attain three bars (out of five) of 4G.
This resulted in download and upload speeds of 25.57Mbps and 10.36Mbps
respectively, while our smartphones struggled to under 1Mbps up and down
in exactly the same location.

While
this proved the key test, we also found even in good signal areas that
the AirCard 785 would still outpace our cutting edge handsets (I hit
72Mbps in Kensington, London while the phones topped out at 32Mbps)
making it a far better option for tethering to our laptops than our
smartphones (and saving their batteries in the process). In fact we were
tempted to just carry the AirCard 785 around with us full time with our
phones connected as it was so much stronger.

Interestingly for
some the AirCard 785 could therefore become a decent alternative to
fixed line broadband if you can find a good tariff. A caveat for us in
recommending this though is you won’t get the same wireless range that
you see from a fixed line router.

Move a few rooms away and
place some solid walls between you and the signal will drop dramatically
so it is best suited to small flats. That said the point of a MiFi is
as a mobile device and in this scenario you are never likely to be more
than a few metres away from it.

As for battery life, the AirCard
785 is also a cut above. The TP-Link M5360 still easily holds the
record (after all it doubles as an external battery), but we were able
to use it as our main data connection for a fraction over 10 hours
before it died. As mentioned previously, the removable battery also
means those likely to be away from a charger for longer than that can
simply swap out the battery to go back to full charge. 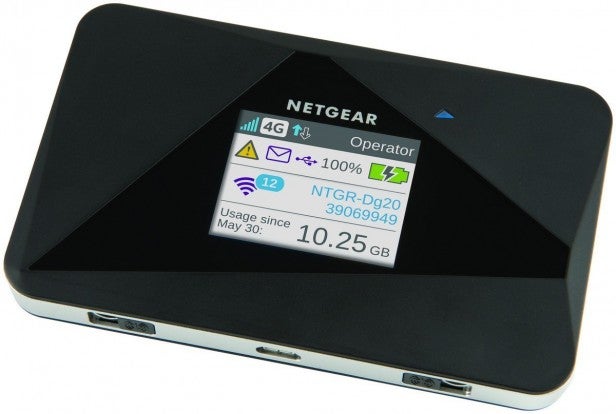 Should I buy the Netgear AirCard 785?

Just
as many ISPs’ supplied routers are getting much better with the move to
802.11ac, so are many carriers’ supplied MiFis as they increasingly
support 4G. As such, despite doing almost everything right, the AirCard
785 may not be able to convince many to upgrade.

That said it
should be strongly considered. Away from long-term contracts, 4G
carrier-supplied MiFi devices come in around £60-80 while the Netgear AirCard
785 retails for £105. As a percentage this represents a significant
additional outlay, but it comes unlocked which makes it ideal for
travellers buying local SIMs and those who prefer not to tie themselves
down to lengthy contracts.

The Netgear AirCard 785 is the best MiFi we’ve tested. It looks good, performs
superbly and could even be a decent fixed-line broadband alternative for
some. The price could be a little cheaper, but owners are highly
unlikely to regret their outlay.