Gamers of a certain age will vividly recall the SNK Neo Geo – it was the console you always read about in magazines but were never actually rich enough to own personally. The system cost around £500 and individual games an eye-watering £150 or more – hardly the kind of price the average school child could ever hope to afford, no matter how many paper rounds they took on.

Fast forward more than two decades, and those same players are all grown up and in possession of large disposable incomes – perfect for splashing on the Neo Geo X Gold. It’s a modern-day tribute to SNK’s legendary console, which is clearly intended to tap into unfulfilled dreams of owning the real thing back in 1990.

This handheld system is manufactured by US firm Tommo under licence from SNK Playmore, and comes pre-loaded with 20 games. It also includes a nifty docking station that resembles the original Neo Geo console and a replica arcade stick, allowing you to turn it from handheld to home console and get even closer to the feeling of owning the real deal.

The actual Neo Geo X Gold handheld unit is larger than you might expect, offering roughly the same dimensions as the PlayStation Vita. It has a rubber-coated back to improve grip and a glossy frontage complete with a LCD screen and gaming controls. 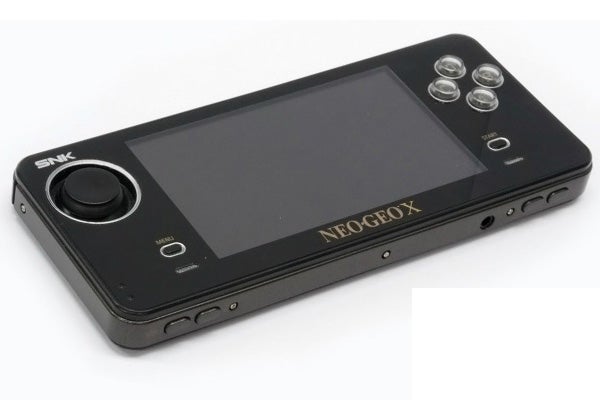 The microswitched joystick is easily the highlight of the console’s design. It apes the one seen on SNK’s Neo Geo Pocket Color, the company’s ill-fated effort to unseat the Nintendo Game Boy from the late ‘90s.

As the Neo Geo X Gold console is a sealed unit, the battery isn’t replaceable – which is a shame when you consider how weak it is. It lasts about 4 hours on a full charge, reducing the portability of the system. If you take this away with you for a weekend, you need to make sure you bring a charger. 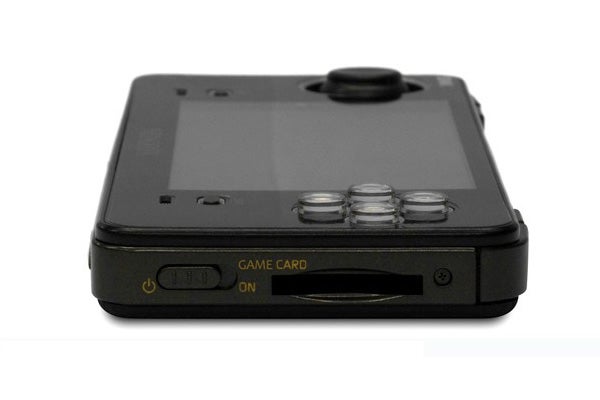 The console’s 4.3-inch 480×272 pixel screen is another let-down – the image quality is muddy and ill-defined, and the whoever made the decision to use a 16:9 widescreen aspect ratio needs sacking – the Neo Geo never received any games which used anything but a 4:3 ratio. As a result, games are either stretched to fit the display or play with massive black borders down either side.

The crowning glory of the entire package, the Neo Geo X Gold dock and arcade controller transform the core system from a pocket-sized handheld to a proper home console. However, despite the incredible promise of this arrangement, it doesn’t quite live up to its potential. 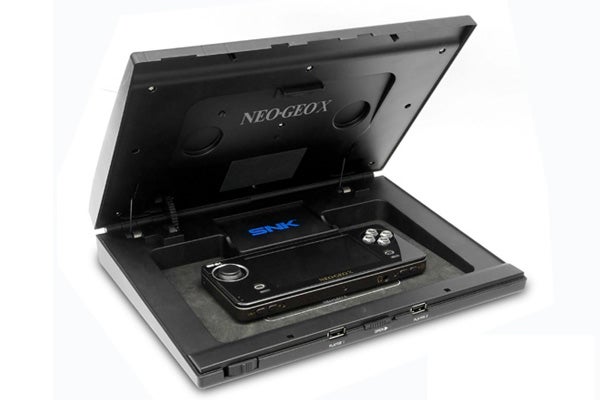 The reproduction arcade stick is fine – it lacks the heft of the 1990 original, but controls well enough and is very responsive. Unless you’re an expert, you probably won’t be able to tell this apart from the real thing. 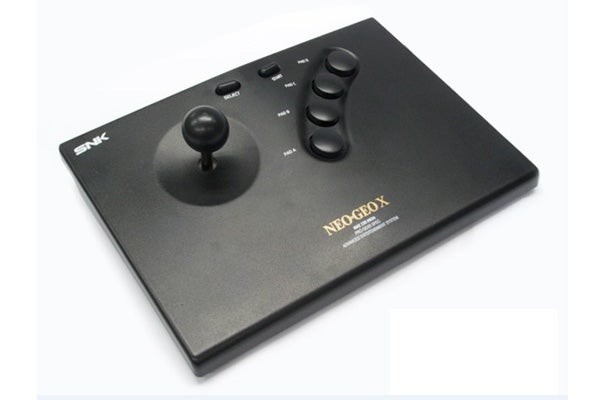 The main issue lies with how the Neo Geo X Gold dock connects to the TV. Composite and HDMI connections are included, but neither option delivers a satisfying experience. Colours are washed out and dull, and when using HDMI the image isn’t upscaled, which sort of defeats the object of including the HD standard. 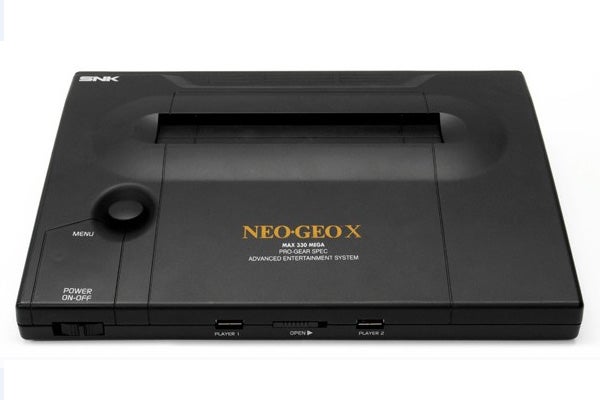 If you’ve previously used a Neo Geo system, then you’ll immediately notice that this replica doesn’t come close to matching the gloriously bright and crisp RGB SCART output of the original hardware.

Next
Games and Verdict Review