Talk about shooting yourself in the foot. After a two year period in which EA Games has worked hard to reboot the Need for Speed franchise, Need for Speed: The Run is an unwelcome reminder of what wrecked the series’ reputation in the first place. Having given the reigns to the Burnout team at Criterion for the excellent Hot Pursuit and Slightly Mad Studios for the under-rated Shift and Shift 2, EA has returned Need for Speed to EA Black Box, the brains behind the much-loved Need for Speed: Most Wanted, but also the disastrous Need for Speeds Carbon, Undercover and ProStreet. 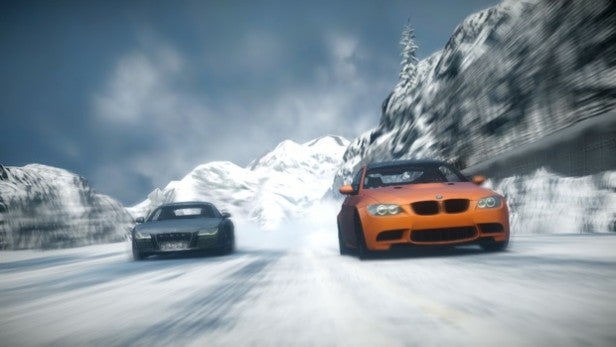 Like those games, The Run is a kind of cinematic, action-packed arcade racer, though one that ditches any open world ambitions for a much more linear stream of events. In a way, EA’s decision is the gaming equivalent of Warner Brothers saying to Christopher Nolan “Hey, we like Batman Begins and The Dark Knight, but we’d like to give that Joel Schumacher another chance. After all, who doesn’t like nipples on the Batsuit?”

The surprise is that Need for Speed: The Run isn’t anywhere near as bad as the execrable Undercover. The frustrating thing about it is that it’s nearly very good. Unfortunately, that nearly covers a multitude of faults that combine to make it one of the most irritating games we’ve played this year. 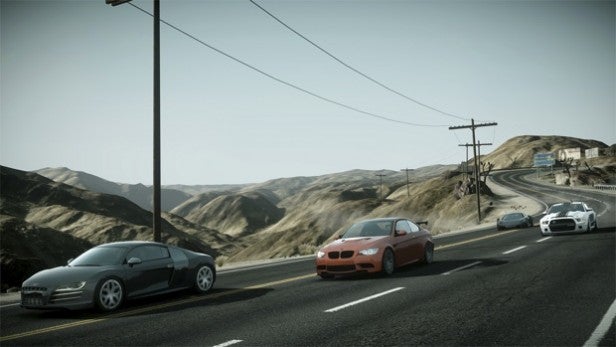 What’s good about it? Well, the free-roaming urban exploration of the Most Wanted/Carbon/Undercover cycle has disappeared, along with those hideous video cut-scenes. Instead, The Run is the tale of an illegal race from the West coast to the East coast of America, beginning in San Francisco, crossing the desert, the Rockies and the mid-western plains before ending in Chicago and New York. The downside of this is that you’ll have to suffer an unbearable street-punk hero, some lifeless voice-acting and some wretched quick-time-event action sequences, but the upside is a glorious high-speed road trip across the varied terrain of the USA. 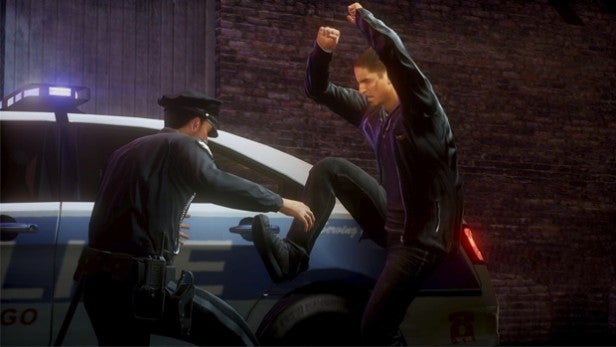 With DICE’s Frostibite 2 engine in charge – as used in Battlefield 3 – Need for Speed: The Run frequently looks magnificent. Forza 4 and GT5 might deliver more detailed cars, but nobody has crafted tracks that look this stunning, and races through national parks and down treacherous mountain roads are full of lovely vistas with abundant trackside detail. The race is broken up into sections, each consisting of several individual races, and while some of the urban chunks get a little generic, each section has its own look and feel and its own standout moments.

Whether you’re racing opponents and an avalanche or dodging the cops on a stormy plains road, The Run does a nice imitation of a car-chase heavy movie, and the crashes and general vehicle wreckage are brilliantly done. It’s no wonder Michael Bay could deliver such an enticing trailer; The Run is right up his street.

And it can be hugely exciting. While the events are basically limited to straight races, checkpoint races, elimination events and boss battles – all with or without chasing police – the high speeds, strong course design and obstructing traffic do a good job of raising the adrenaline at times. In fact, there are periods when The Run is a joy to play.

But – and this is where we start complaining – it can also be a right royal pain in the behind. Someone at EA Black Box decided it would be a good idea to break each event down into checkpointed sections, with a crash or manual reset returning you to the last checkpoint. This is fine – it suits this kind of rough and tumble racer pretty well. However, someone then decided you could only reset five times in Medium difficulty, or a more generous ten times in Easy. 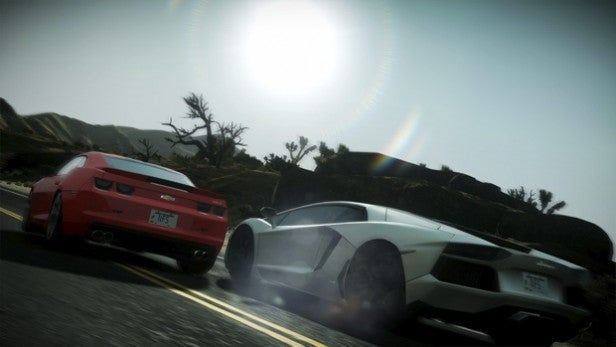 This in itself might not be a problem, but for several other issues. Firstly, the CPU opposition is nasty, forcing you off the road and catching you up within seconds of any minor error on your part, Secondly, each event demands that you finish first. Finish second, and you’ll have to restart the whole shebang. Thirdly, any chasing cops seem to zero in on you exclusively, making your life a misery with barges and road blocks while leaving the other competitors mostly unscathed.

Finally, you can be automatically reset for leaving the road. The actual distance involved isn’t consistent from race to race or even checkpoint to checkpoint, and watching the screen fade to black just as you’re about to claw your way back onto the tarmac is very aggravating indeed.

Throw in some very variable handling, with cars that fishtail given the slightest excuse, and you have a recipe for serious levels of stress. While dialling the difficulty down to easy will help, it then makes large chunks of The Run a bit too easy.

Were you to play through the whole race in one sitting, never failing a single event, The Run’s main single player campaign would be over in around two hours. In practice this is extremely unlikely, but it’s not a game where you want to remove all the challenge just to slip past the odd impossible spike. 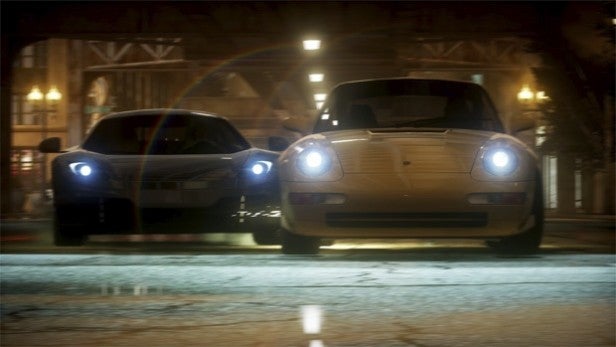 There’s also a feeling that the game wastes its star cars. At times you’re prompted to upgrade, and there are garages en-route where you can switch from one vehicle to another. There’s also some reason to do so, as muscle cars will give you faster times on straighter freeway tracks, while exotics and sports models cope better with the more demanding, twist courses. All the same, the muscle cars prove so hard to handle that it soon gets tempting to ignore them altogether, and simply opt for the fastest exotic that’s currently available. 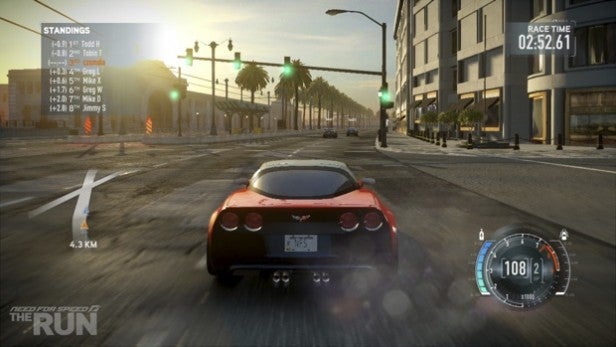 Three things ease all this pain. Firstly, completing each section of The Run opens up a series of challenge events for that section, effectively opening up an alternative single-player game. Secondly, this all ties together with the offspring of Hot Pursuit’s Autolog system, so you’re constantly comparing your performances with those of any friends who have also bought the game. Finally, The Run does have a solid multiplayer option, with events organised into specialised playlists that allow you to focus on the styles and tracks that you like best. It’s not hard to find a game, and with no AI to bother you, the action arguably works that bit better. Still, it’s not a patch on Hot Pursuit in this regard.

Verdict
There’s nothing wrong with The Run’s basic premise, and its impressive visuals and beautiful cross-country courses could be the foundation for a brilliant racing game. Sadly, the execution can be sloppy and the game can be hideously frustrating, while the less said about the storyline and action scenes the better. If EA wanted to build on the successes of Hot Pursuit and Shift 2, this wasn’t the Need for Speed it needed to release.