First, a word on using such a high resolution on a relatively small monitor. If you actually run your desktop at the native resolution everything is unusably tiny so you will have to employ some operating system-level zoom.

For Windows this is something of an issue as there’s still so much inconsistency with how programs support these zoomed modes, with icons sometimes appearing tiny, sometimes stretched and pixelated. There can also be problems if the resolution isn’t a neat multiple of a more conventional resolution so Windows has to scale by an awkward percentage such as 175%. The EA244UHD is well positioned, though, as its resolution is simply double that of 1920 x 1080 so Windows can scale to 200%, keeping things relatively clean and crisp.

This also means it does a good job of upscaling video, with 1080p content looking very crisp indeed and even 720p stretching out to look no worse than on a normal 1080p display. 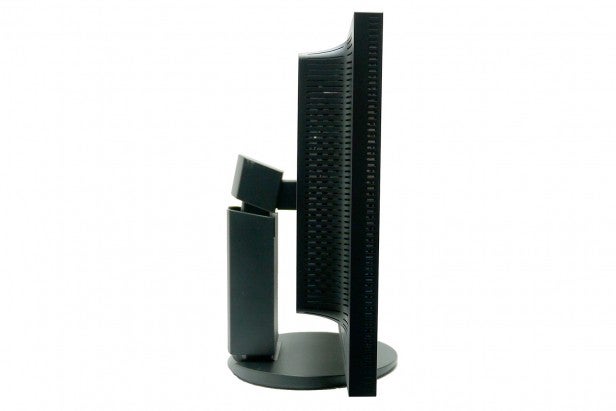 Of course, the really advantage of a 4K display is that you can see far more of your images of video when in the editing phase. You won’t quite be able to fit two 1080p video side by side in Premiere just because of the pixels that the windows take up but it’ll be as near as damn it. Plus you can view native 4k content.

Likewise working in Photoshop is so much easier when a view of the whole image shows twice as much detail as on a 1080p screen. And even though the screen is so sharp that it’s somewhat difficult to discern individual pixels, it’s still enough to be advantageous.

Moving onto general image quality, as you’d expect this monitor is dazzling thanks to its high brightness and colour gamut. However, its contrast is only rated at 1000:1 and only delivered a maximum of 992:1 in our tests, with it dropping to 837 fully calibrated. Not a bad figure by any stretch but not quite as high as some.

Indeed the black level figure of 0.22 (with brightness at 200nits) is narrowly beaten by the BenQ XL2730Z, which although it’s not a comparable monitor as such it’s one that costs less than half the price. 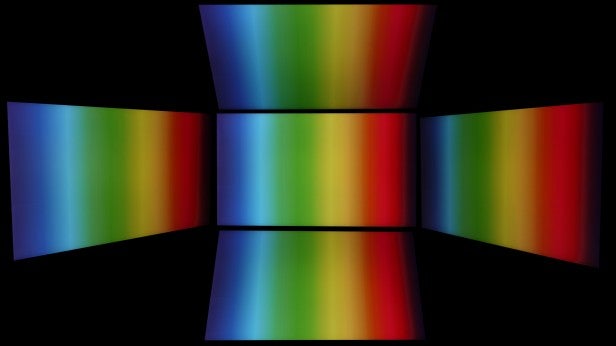 Viewing angles, though, are excellent with no hint of colour drop off or contrast shift at any angle. You do get the slight off-access greying out of blacks that’s the signature of IPS displays but it’s not as noticeable as on most.

Most crucially of all for imaging professionals, the colour accuracy is spot on. Colour temperature out the box was a little off, registering at 6929K but after calibration this was brought to within 5 points of our ideal at 6505K. Gamma was also spot on, measuring 2.23 after calibration.

In sRGB mode the reported colour space coverage was 98.6%, which is to all intents and purposes the full range. This also equated to 73.4% in Adobe RGB. The striking part, though, was a Delta E of just 0.11, which is far and away the best we’ve ever recorded.

Switching to Adobe RGB and the colour temperature was again off, registering at 7001K but post calibration it was brought down to 6590K. Again gamma was 2.23 and sRGB coverage was reported as 98.6%. Here, though, Adobe RGB was reported as 95.6%, so again we’re talking essentially full coverage. Delta E droped slightly to 0.13 buy this is still a very impressive performance. 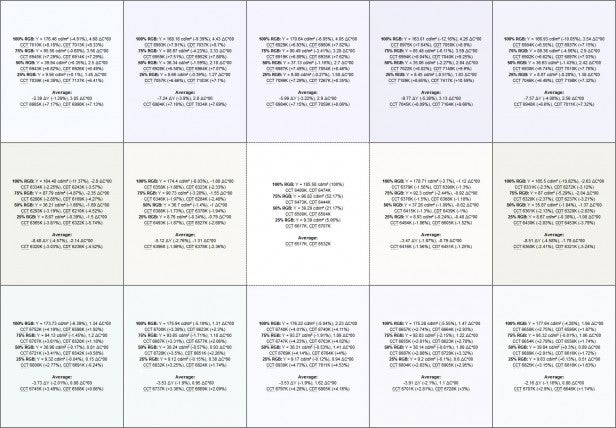 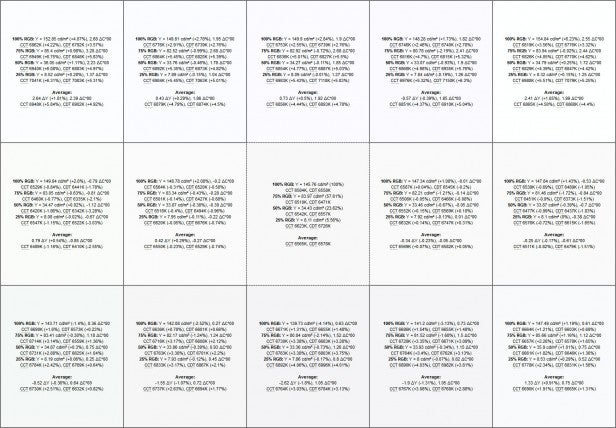 Letting the side down slightly was the uniformity of the display. In its standard configuration we saw brightness drop off of over 10% in four of our test segments, and for a monitor of this calibre we would expect it never to exceed 10%. Colour uniformity was also a little worse than we were expecting with a deviation range of +8.09% to -3.03%. On both tests it’s beatem by the lowly Dell U2715H, for instance.

However, there is a uniformity compensation mode that aims to dynamically keep uniformity in check. You get a slight drop in contrast with it engaged but it does improve uniformity such that brightness variation peaks at +6.23 and colour variation drops right down to just -1.8% to +1.8%.

Audio quality from the speakers is as poor as you’d expect with very little in the way of bass and not much stereo image. It’s good enough for watching the odd youtube video, skype calling and audio syncing for when video editing but you’ll want to use headphones or decent speakers for anything more.

As for the motion and ambient light-detection, they’re useful additions though we can see some people choosing to leave them off. The motion detection we found to be a little annoying as it just seemed a little too sensitive. It will somewhat depend on how you tend to use your system but if you’re at all regularly gathering people round to demonstrate stuff and you’re not sat directly in front of it, the monitor will turn off.

Split screen and Picture Pattern modes are particularly useful on a monitor of this resolution. Certainly if you’re using the one display for multiple tasks, flipping between your editing suite, video surveillance interface and servers there’s lots of potential for getting creating a really slick workflow. 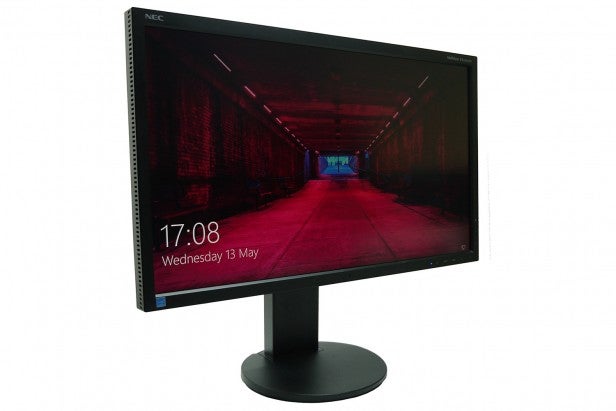 Should I buy the NEC Multisync EA244UHD?

If you’re after the latest in high-resolution monitors combined with the ultimate in image quality for professional image editing but you don’t want a huge 27in or larger display then the EA244UHD is an excellent choice.

Packing a whopping 3840 x 2160 resolution into a 24in frame it delivers the full hit of 4K without the bulk. Yet, it also packs in loads of connectivity, a USB hub, audio connections, in-built speakers and has a useful ambient light sensor to help save energy and reduce eye-strain.

The OSD menu could do with a bit of work and we have some slight concerns about the colour uniformity but for the most part this monitor is excellent.

Note, though, that if you’re not working in the field of professional photo and video editing where you use the Adobe RGB colour space, you can get almost as accurate monitors for far less money.

If you’re looking to upgrade the monitor in your professional image editing rig, there can be few features as eye-catching as a move to a 4K resolution. The NEC EA244UHD delivers this in a compact 24in package and still has the image quality and masses of features you’d expect for a professional monitor at this level.