The great thing about the NBA 2K series of games has always been their ease of access for newcomers and for veterans to find a rich challenge. NBA 2K19 happily doesn’t break this mould and was able to get me; a person last heavily into Basketball when the Chicago Bulls were still a powerhouse, easily hooked and feeling competent on the court utilising the basics. It also had me eager to try out mastering the dizzying array of moves, positions and stats that make up higher levels of play. Sadly, whilst less of a gouge than NBA 2K18, microtransactions still hang like a spectre over this entry in the series.

Everything feels smooth to control and play, whether using the basic pad buttons or right stick and shoulder buttons to pass and shoot. Using the right stick (or Pro Stick as it’s called) is intuitive to get the grasp of and allows the use of more advanced techniques to get that extra edge on the court that isn’t possible with button presses alone.

Going for a three-pointer, pulling down does a normal shot, but pushing forward leans into a more aggressive shot that is more likely to cause the defence to foul if pulled off correctly. There’s dozens of moves like this, getting flashier and feeding into the mind games of fakery and slick movements that make up great basketball.

A new set of focuses this game is the Takeover Zone and temporary specialty boosts that can be activated. Getting in the zone requires pulling off as few mistakes as possible to build up a meter over time that, once maxed, increases your character’s attributes and brings out some advanced moves like the infamous fadeaway. High ranked players also come with a specialty that unlocks when they manage to get into the zone, in a way which makes me think someone on the 2K NBA team was on a binge of Kuro No Basket during development.

These specialities can be things like easier ankle breaks, boosting teammates shooting skill or more snatch animations on defence. Squatting as a robust Rim Defender (for that is its name) and denying the flashy dunks of an attacker also in takeover mode is a preening moment, and defence seems to be a more impactful position this year for how it can lockout such aggressive players. 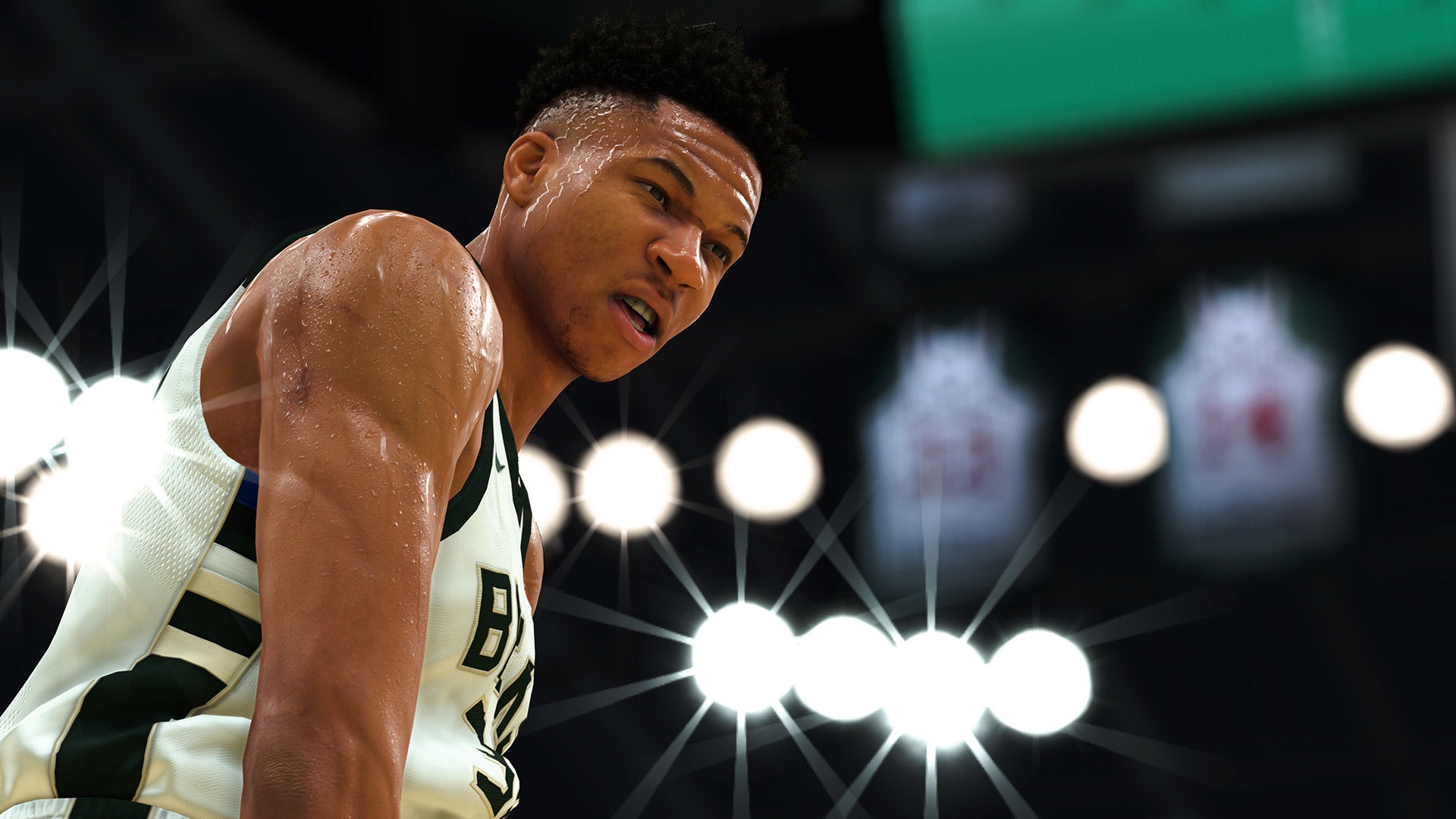 The sheer amount of customisable options for UI, game assists and camera positioning are staggering again this year. This ranges from basic things like choosing between a side-court cam or 2K’s adaptive cam, to whether the game assists you in pulling off pro moves or calling out the manual activation of defensive/offensive stratagems.

This year the shot gauges that are used for trying to time the perfect shot can be toggled for by the side of your player, at the base of their feet or even with both turned on to not at all.  It’s a solo player’s dream to have this much control over the experience, tweaking the flow and difficulty of the game to their own desire, though the lower the difficulty the less of the in-game Virtual Currency (VC) is awarded per match.

The MyPlayer story mode makes a welcome return, something that the NBA 2K series pioneered in sports games and as such FIFA’s Journey mode took heavy inspiration from. It pitches you as a bitter yet ambitious character called A.I, who sadly isn’t a basketball robot, starting out playing professional basketball in China to try and break into the NBA. 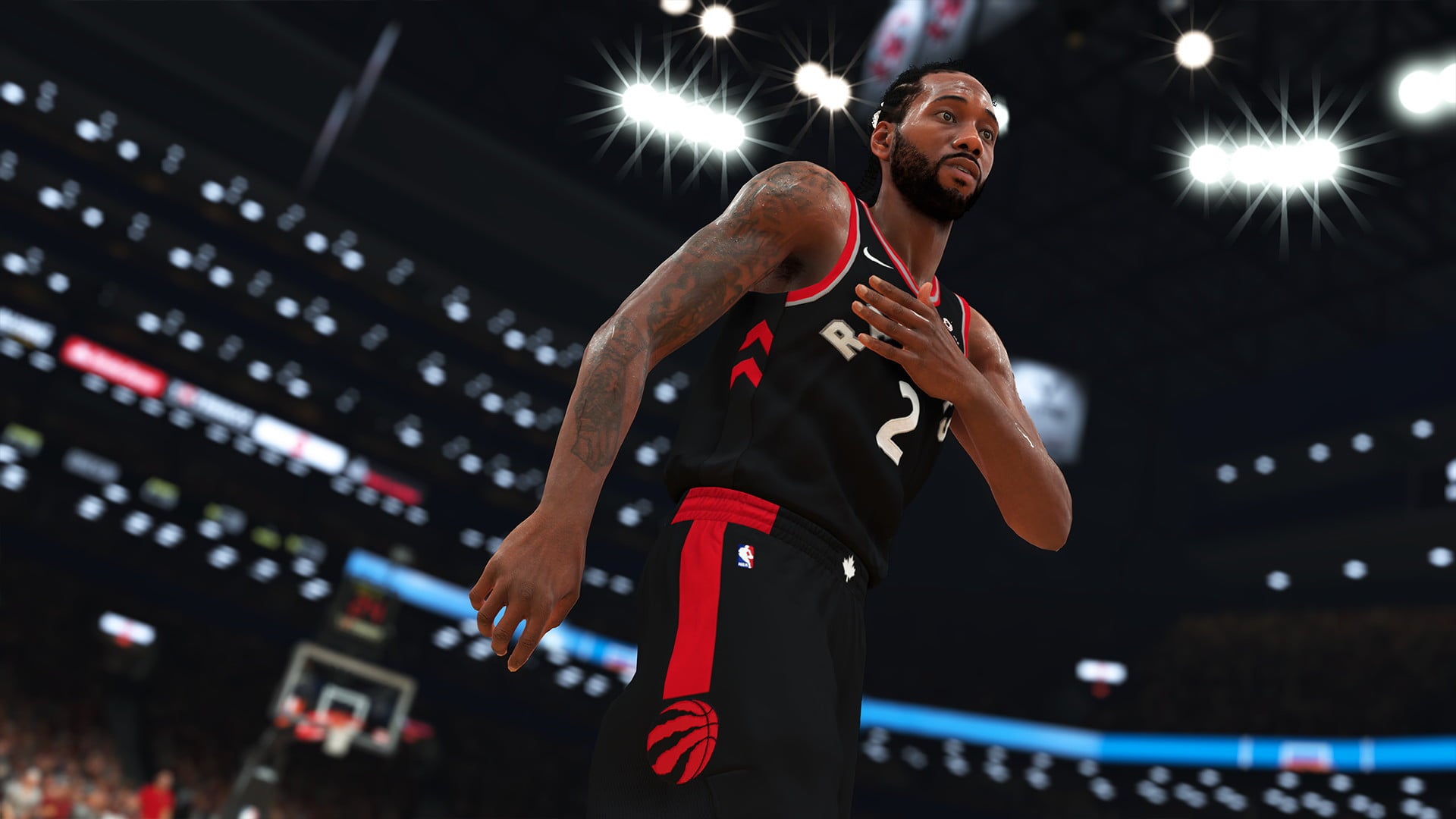 Whilst the decisions made in cutscenes and winning or losing the matches doesn’t seem to have too much effect on the story in general, it serves as a nice little 6 to 8 hour long pathway. Once completed you can then decide which team to sign your player up for, over how many seasons at what wage, give post-game speeches and play it as a normal career mode that’s a nice solo-timesink, or decide to jump into the Neighbourhood hub with your character instead.

The Neighborhood serves as the fun main online hub world for players to meet up, customise their avatars further, gamble, play mini-games and enter into the world of 1vs1, 2vs2 and 3vs3 courts. An improvement over last year’s iteration is having everything focused in one big square, not too far away to get to the street courts and get playing from your MyCourt.

Confusingly, The Neighborhood is only accessed once you’ve played through the story prelude, which if you want to just get into it right away and make 2K’s writing team very sad it is possible to just skip every cutscene (something I also suggest for the fantastic manager sim MyGM mode’s story) and end most matches instantly without acquiring VC. Though throwing away opportunities to obtain VC is a decision you might want to think twice over in NBA 2K19. 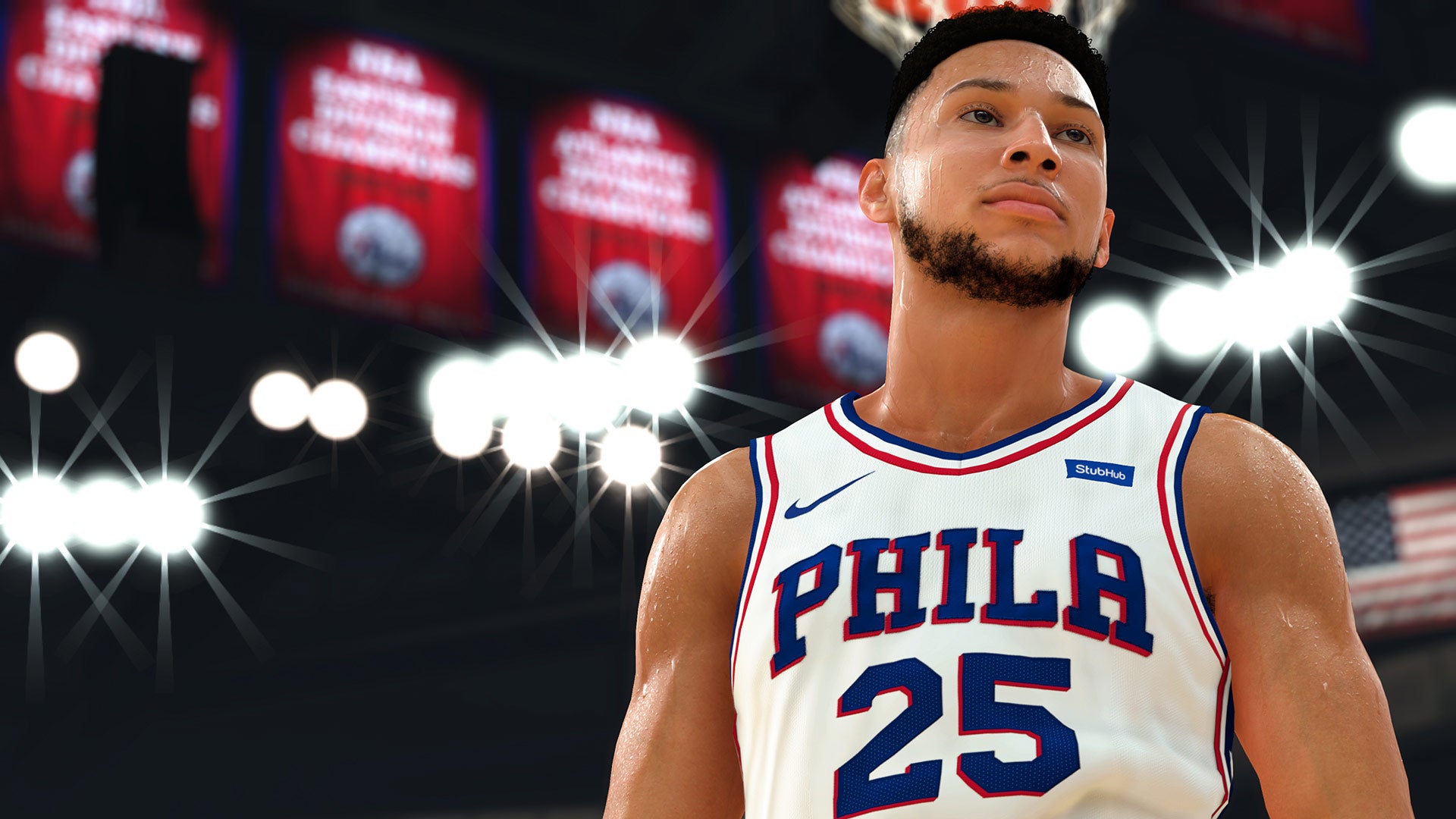 It’s probably time to shoot the elephant in the room. If you’re wanting to get the most out of your MyPlayer or enjoy the trading card fantasy team builder that is MyTeam, VC is your lifeblood. When you create a MyPlayer, after picking a primary plus secondary specialty that determines the max levels they can invest into each attribute, they come out the process at rank 60 overall. The first point increase in each stat, whether it be stamina or three-point shooting, costs only 100 VC.

Playing an average 20 minute game against the AI will probably bring in 1000 VC, so initially it seems like levelling up is going to be quick but it doesn’t take long for that price to ramp up. Taking a new MyPlayer and increasing all stats to get a 85 rank, which is the maximum achievable outside of boosts and training, costs roughly 200,000 VC. If you don’t fancy 200 games of basketball to be on equal footing online, 200,000 VC costs at the time of writing £40.

It’s a similar case when building your MyTeam. Though the more steely nerved can happily make do with the average starter player packs NBA gives you and slowly build a deck up, the later rewards on the Domination bracket require beating some incredibly tough All Star teams that an average deck will struggle against. A Magic Johnson, Lebron James and Michael Jordan all in their prime as your opponents? Good luck. If you do take the plunge depending on what quality of drop you’d like to expand your deck with the cheapest single pack of 5 cards cost 3000, whilst the most expensive single pack was 11,250.

It feels sad to have focused so much on micro-transactions, but they slowly pulse through most of the things you might want to do online in NBA 2K19. Toned back from 2K18, where changing your hair cost VC (it’s now a freebie) 2K19 is more reserved in this it seems. Though it still felt slow to grind up a player to a competitive online level I wasn’t too concerned, as positioning and skill still counted for a lot on court and I was happy playing solo against the computer most of the time.

If you’re new to the series or would just like to have a really good basketball game to dip in and out of over the year NBA 2K19 is a solid choice, but if 2K18 frustrated you with its microtransactions and you don’t want to grind or pay to be competitive with your own player then not much has changed from that base model.