Although Navigon’s entry-level personal navigation devices have often been great value, such as the 1210, its higher-end models have tended to focus too heavily on flashy 3D widgets. The 8410, for example, renders navigation in select cities like a three-dimensional videogame, albeit one from the late 1990s. Navigon’s 40 Premium shies away from that, and focuses on core navigation features instead.

The 40 Premium heralds a new naming strategy for Navigon. Instead of a four-digit number, two digits and a word are used. The 40 series is the mainstream 4.3in widescreen form factor, whilst the 70 series is the larger 5in widescreen. Alongside this, there are Easy, Plus and Premium models, and even Live versions of the Premium that sport mobile data-enabled interactive services. However, there is currently no 3.5in non-widescreen included in the range.


The 40 Premium is therefore the new mainstream widescreen Navigon choice, although a host of previous releases remain available. This model doesn’t have any of Navigon’s 3D widgets as standard, such as the landmark models, city block approximations in City View 3D or game-like realistic three-dimensional portrayals of city centres in Real City 3D. But we remain dubious about the usefulness of these features, and what the 40 Premium does add is potentially more useful anyway. 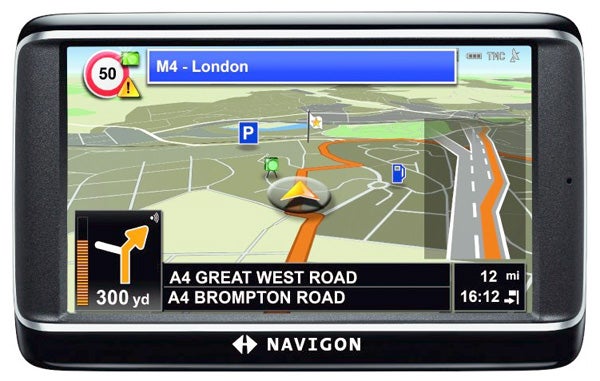 The most significant addition to the map view is Active Lane Assistant. Navigon’s Lane Assistant already showed a schematic at junctions illustrating which lanes to be in for the correct turning. But now this schematic is animated and three dimensional. We didn’t find this was universally available on all roads we drove during testing, but it’s included on enough to be useful. Considering how easy it is to find yourself in the outside lane when your turning is looming, this animated graphic gives you a more timely warning than the map to pull over to the inside lane. At select motorway interchanges, you also get Reality View Pro, Navigon’s take on the full-screen realistic graphic designed to show even more detail, including the signposts you should be looking out for.

The other map screen addition is the One Click Menu. A single touch to the map screen during navigation calls up icons for three Points of Interest (POI). Clicking on one reveals a tabbed menu listing nearby POIs of the chosen type, with the other two in the remaining tabs. By default, the three categories included are petrol stations, restaurants and parking, but you can configure these to be any of the 27 categories Navigon uses in its main POI database. 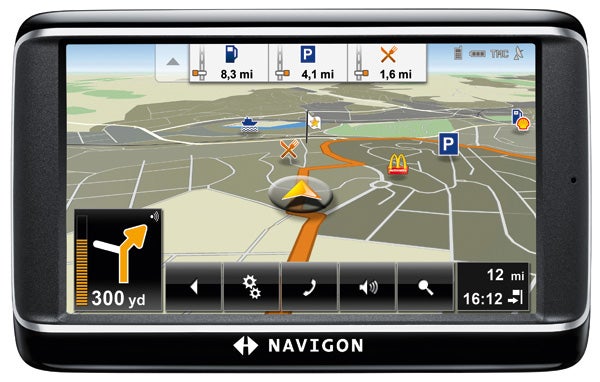 The parking One Click Menu option overlaps with Navigon’s Clever Parking, although the latter only appears when you approach your destination, whilst the former is always available. With One Click Menu, you can detour for food or petrol any time you like in the middle of a journey – although, of course, your passenger should be the one operating the touchscreen unless you pull over first. 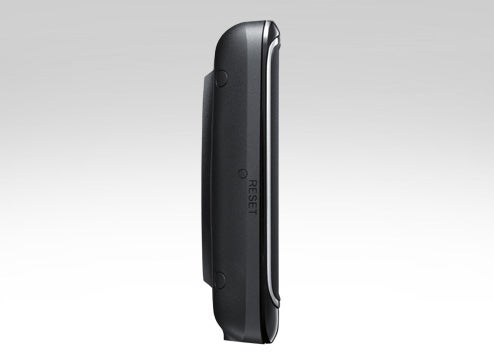 The hands-free capability of the 40 Premium has been upgraded to what Navigon is calling Bluetooth 2.0, although this is in comparison to previous Navigon implementations, not Bluetooth v1.2. The main enhancement here is the ability to link to two mobile phones simultaneously, which will primarily be useful if you have different handsets for work and home use. You will then be able to make and receive calls from either using the microphone and speaker in the 40 Premium, as well as accessing their phonebooks and recent call listings, although we had trouble getting the latter to work properly with an iPhone 3GS. 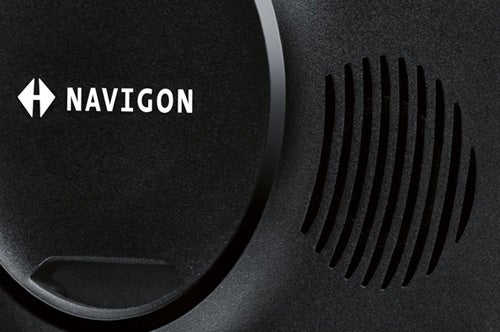 The 40 Premium also supports Navigon Sightseeing, a feature first seen in the 2510 Explorer and allegedly “Inspired by MERIAN Scout”, the in-context tourist information company. This is essentially a quick way of loading a pre-created route of waypoints. However, the route has a description and each waypoint does as well, including useful information like phone numbers. So you can plan a trip encompassing key landmarks in an area. Unfortunately, the 40 Premium only comes with a single route in the Lake District. If you want more, you can purchase over 100 routes across 14 European countries for £15.

Other than this, the 40 Premium hasn’t changed an awful lot over its predecessors. Traffic updates are included, and these are provided via the RDS-TMC system so arrive on the back of FM radio signals, which are detected using the car power adapter. You can either browse a list of incidents available from the Options menu on the main screen or use the traffic icon, which pops up within the map when traffic is detected on your route. You can set up the Navigon to reroute you automatically or merely inform you verbally that a better route is available. You can then click through to see how much time the alternative route could save you, and then again to see the details of the traffic on your route.

The usual options are available when finding your destination. You can search for a full seven-digit UK postcode or drill down from city to street and house number. But you can’t search for a keyword across an entire country. You can look for a keyword with the POI database, either nearby, within a specific city or across an entire country – handy if you didn’t know the Admiral Blake Museum is in Bridgwater. But if you just want to browse a category, that’s available too. 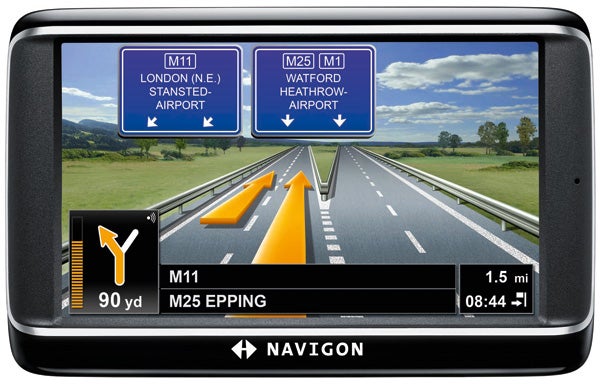 When you search for a destination, for most journeys you will be presented with three routing options. These will be calculated using average traffic speeds for the time of day and day of week via Navigon’s MyRoutes system, with current traffic jams taken into consideration. The quickest option is indicated as MyRoute, but you can choose an alternative that uses roads you prefer driving. As hinted before, you can also create routes with multiple waypoints.


The general map display is essentially the same as previous Navigon sat-navs. The map is clear and the route obviously indicated in orange. The next two turnings are shown on the left, with your current and next turning road names in the middle, and information about the distance to destination and estimated time of arrival on the right. This isn’t quite as much as TomTom provides, but still a useful level of journey data.


At under £200 for a sat-nav with maps of Western Europe and some Eastern European countries, plus traffic updates, the Navigon 40 Premium is good value. It’s not such great value that it entirely distinguishes itself from the Garmin, Mio and TomTom competition, however. So this is a capable sat-nav with all the key features for daily navigation, but it doesn’t stand apart from the crowd.