Navigon’s higher-end sat-navs, such as the 8410, have focused on 3D display widgets and features which expand capabilities well beyond getting from A to B. But we’ve found the company’s more budget-oriented devices, such as the 1210, are a more compelling proposition. The 2410 isn’t quite a rock-bottom value model, but it does pack in quite a few features for a relatively low price.


The 2410 is a little more finely crafted than other lower-end Navigons we’ve looked at. The non-widescreen 3.5in display is bordered by a shiny metallic fascia, which looks rather fetching. It also comes with maps of 40 European countries preloaded. This includes a sizeable portion of Eastern Europe, although not Russia.


The basic Navigon interface hasn’t changed much for a couple of years now. The first menu page provides the usual options to navigate to an address, full seven-digit postcode, point of interest (POI), or location you have previously saved. You can also call up a list of destinations you have recently navigated to. However, the postcode entry makes you specify the street before allowing you to enter the house number, which is a little annoying. You also can’t search for a street address by keyword across a whole country, a very useful feature now offered by some Mio, Navman and TomTom sat-navs. 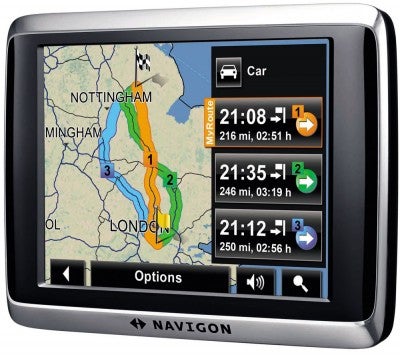 The basic navigation menu provides icons giving direct access to nearby petrol stations, parking facilities, and restaurants, although you can switch these to any of the POI categories available in the database. If you head for the full POI listings you can access all the categories. But also, unlike the address entry system, you can search the entire listing on a nationwide level, as well as near your current location or within another city.


The 2410 adopts one of Navigon’s recent feature additions when calculating how to get to your chosen destination. Instead of just providing one option, the MyRoutes system gives you three choices. These are also calculated based on realistic road speeds, which are derived from historical information about how fast cars have been able to travel in the past, taking into account time of day and day of week. So this is similar to the IQ Routes facility provided by TomTom’s sat-navs. The three options let you choose between routes which use more direct roads through urban areas and alternatives which take you out onto longer, but more major highways 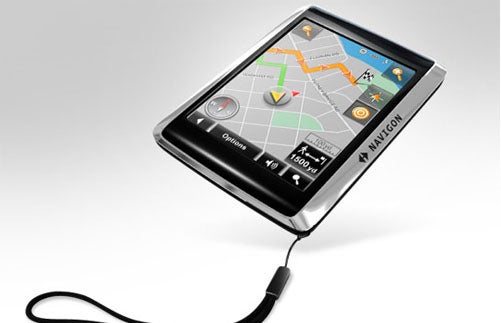 Once you have chosen a destination, you are also given the option to head for a car park in the vicinity instead. This is one aspect of Navigon’s Clever Parking facility, a relatively new addition to its arsenal of features. Clever Parking also displays a P icon within the map screen as you near your destination. Selecting this brings up a list of nearby car parks, so you can find somewhere to stow your vehicle before continuing to your final end point on foot. You could do this via a more circuitous method with any sat-nav, but Navigon makes the process very easy indeed.

Since this is a budget sat-nav, it doesn’t include the premium 3D widgets found in models such as the 8410. But we’ve found these more a hint of future possibilities than an invaluable help when driving, so they’re not something you will miss most of the time. The 2410 does, however, have the essential aids, such as safety camera warnings. You get a three-month trial subscription to updates, after which it costs £25 a year to receive new and changed camera locations. 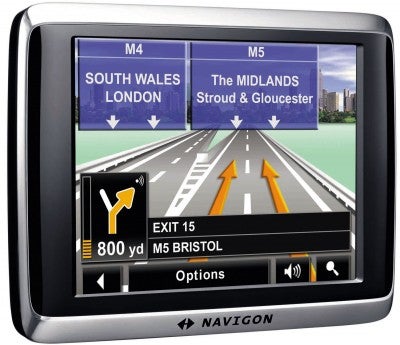 Navigon’s excellent Lane Assistant Pro and Reality View Pro are included. Both help you ensure you get in the right lane at complex multi-carriageway junctions. Lane Assistant Pro covers most junctions, and essentially consists of a detailed schematic of the possible lanes with arrows showing which ones to be in. Reality View Pro provides the now-familiar full-screen graphic displaying the same information, but accompanied by road sign symbols resembling the ones you should be seeing out your car window, so you can be doubly sure you’re getting the right turning. However, on the 2410’s non-widescreen the Lane Assistance Pro graphic displaces the regular information area, so you won’t know your ETA, say, whilst it is onscreen.


These are all fairly run-of-the-mill sat-nav features these days, but the 2410 does have a couple of fairly rare capabilities. In pedestrian mode, the map is actually reoriented into a portrait format, which makes the device easier to hold in your hand. A digital compass is also built in, which ensures the map is pointing in the right direction even when you have been stationary for a while, as well as indicating North. You need to calibrate this regularly using a figure-of-eight motion you won’t want to be seen performing in public, but afterwards the compass works well and achieves its goal of making the 2410 more useful for pedestrians. 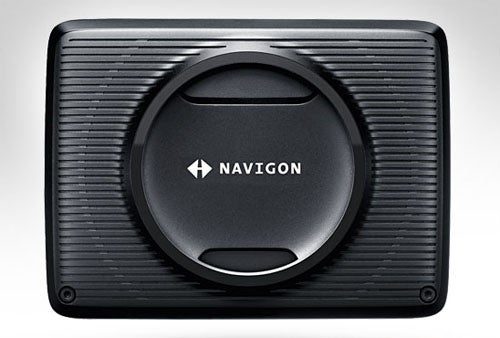 There is a RDS-TMC traffic receiver built into the car power cable, and unlike many Navigons the 2410 comes with a premium UK subscription included in the price. So you don’t need to add the £25 Navigon usually charges to activate this feature. As always, reception can be patchy and updates intermittent, but the 2410 works as well as most other FM-based RDS-TMC provisions. You can call up a list of traffic incidents on your route, nearby, within a region or across the entire country. You can then peruse the details of each one and choose to avoid it, or have the Navigon reroute automatically when jams appear along your way.


The 2410 yet again shows what Navigon does best. It may not have the most streamlined interface, but it packs a lot of features into its sub-£140 price. For instance, the equivalent TomTom, the ONE IQ Routes Edition Europe 42, doesn’t include RDS-TMC traffic updates. So although many will still opt for the better-known TomTom brand and less clunky design, the Navigon 2410 gives you plenty for you money.