TomTom has turned itself from small fish into the doyen of the sat-nav industry over the past few years. And it has achieved this position through producing solid, easy-to-use products that work impeccably. What’s more, every time it launches a new device, it ups the ante. Its next range of devices – the x40 range – is set to raise the bar even higher, by including Google lookup, built-in mobile data connection and a super-accurate traffic avoidance system. 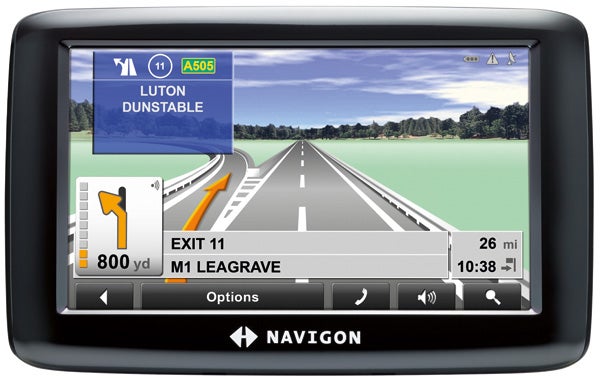 It’s a tough act to follow, but one company that seems to be trying harder than most to compete is German company Navigon with a series of new products launched this year. The latest is its 2150 Max – a mid-range product with full European maps and a price that pitches it directly against the TomTom Go 730.


Its vital statistics certainly seem to match the TomTom’s, and even better it in some ways. It’s a slimmer device for starters: it’s just 19mm thick, which means it’s easier to stow away in a pocket or bag. And yet it boasts the same large 4.3in, 480 x 272 resolution touch screen. 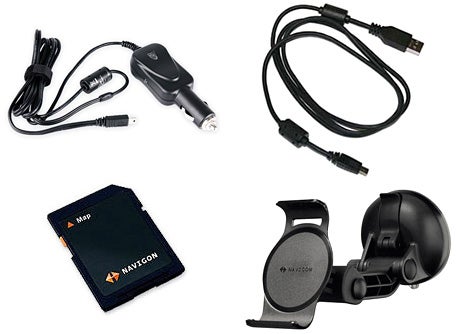 A quick glance through the specifications reveals an equally impressive line-up of features. As well as full European mapping for 40 countries, you get Bluetooth for making and receiving phone calls hands-free, there are speed camera alerts preinstalled, plus TMC traffic capability. Neatly, the receiver is built into the unit, and the aerial is combined with the car charger cable, cutting down on cabin clutter. This also makes the system much easier to pack away at the end of a journey – a boon for anyone living in an area where leaving evidence of a sat-nav visible in your car overnight is an invitation for a smashed window the next morning.


It’s an elegant solution, though it’s worth noting that in order to activate traffic alerts in the UK you have to pay an additional £40 (this gets you a lifetime subscription). That’s a bit mean, not to mention inconvenient, especially when you consider that TomTom’s traffic enabled devices come with that subscription included and ready to go.

Elsewhere, the Navigon 2150 Max is highly competent. Its maps look better than TomTom’s – one of the few areas where the king of sat-navs is found lacking – with a colourful and wonderfully clear map display. Points of interest are displayed not with basic icons, but with brand logos. Texaco petrol stations are distinguishable from BP ones, for instance, and Burger Kings are distinct from McDonalds. A couple of quick taps on the screen and up pops a handy list of points of interest on your route, displayed in order of their proximity to your current position. 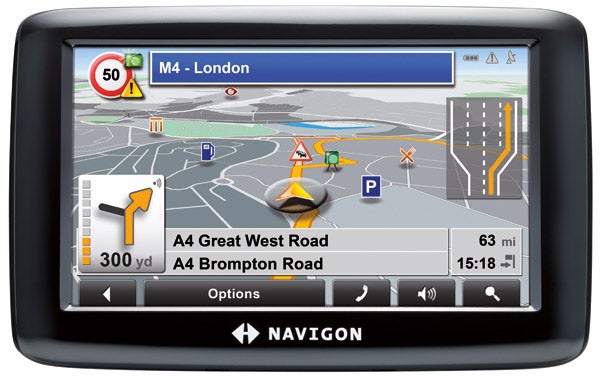 The next turning indication is excellent: it pops up at the bottom left of the map display and displays up to two turnings into the future. And Navigon’s superb lane assistance feature, dubbed Lane Assistant Pro, is also in evidence. On most multi-lane roads, including dual carriageways and non-A roads this displays a translucent overview of the road on the right hand side of the screen with the lane (or lanes) you need to be in overlaid in orange. It’s a very effective system, and represents one area of superiority over TomTom’s Go 730.


It’s augmented by another lane assistance feature – Reality View Pro. At major motorway junctions this replaces the whole screen momentarily with a three-dimensional graphical representation of the upcoming junction, complete with indication arrows to show you which way to go. It’s a bit of a gimmick, to be honest, and doesn’t add an awful lot to the moving map and standard lane assistance view. 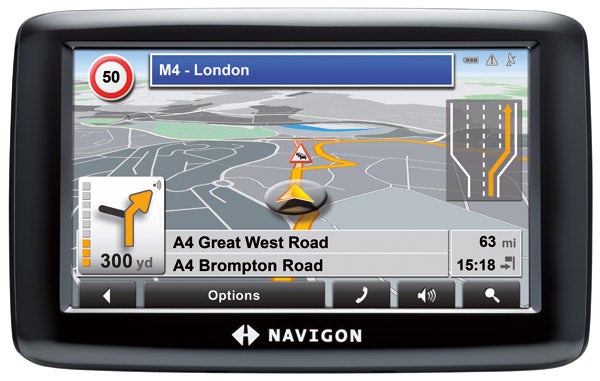 Ease of use is second to none. Address entry is swift and simple, with predictive results and full postcode entry. Browsing the map to add interim waypoints is straightforward, and bringing up a quick route overview is as easy to do as it is with a TomTom.


Performance is also good. Route calculation is generally sound, though it did come up with a couple of strange results, directing me around the back streets close to my house, where other sat-navs choose a slightly longer route with fewer sharp corners and tight junctions. Furthermore, the voice instructions are about as clear as you could want. Even in a noisy cabin at motorway speeds, they were easy to hear. The speed-triggered volume adjustment works well here, pumping the volume up when you hit a predefined speed and dropping it back down after.


The instructions are delivered in good time, and there’s also text-to-speech, which helps in situations where you don’t want to take your eyes off the road to glance at the screen.

It’s clearly a very competent sat-nav, but there are, unfortunately, plenty of areas where the Navigon can’t match TomTom’s market leader. It doesn’t have an equivalent to TomTom’s IQ Routes, for instance, which uses historic data about average road speeds collected from TomTom users (rather than speed limits) to calculate routes. 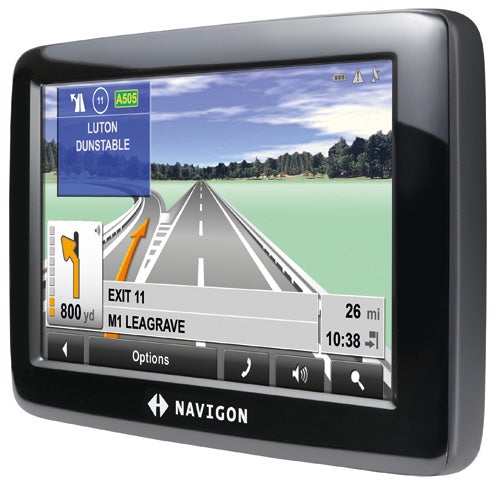 Neither does Navigon have an equivalent of TomTom’s map corrections feature – MapShare – which allows you to correct errors in the map and share other TomTom users’ corrections.


You don’t get an FM transmitter for piping sound through your car stereo. And it’s not as responsive as the Go 730 either. During address entry, tapping letters on the onscreen keyboard results in a short delay. It’s nothing serious, but it’s enough to become mildly irritating when planning complicated, multileg routes. 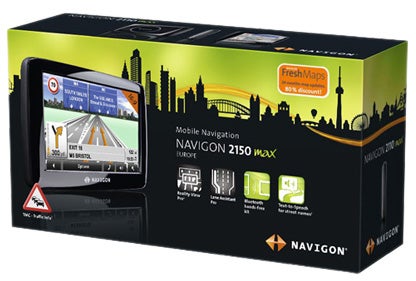 
I could go on, but you get the picture: while Navigon makes a decent fist of competing with the TomTom Go 730, even beating it in some respects, overall it’s simply outgunned.


That wouldn’t matter so much if the price was lower, but alas it isn’t. The 2150 Max costs £220 plus £40 for the traffic subscription. That’s pricey for a sat-nav in today’s ultra-competitive market and, importantly, no cheaper than the equivalent TomTom Go 730 Traffic. It may be good, then, but given £260 to spend on a sat-nav, we know where we’d spend it, and it wouldn’t be on the 2150 Max.