In a world where TomTom dominates so much it’s tough to compete, but German sat-nav firm Navigon is in a better position than most. It supplies the base navigation software to all sorts of different companies – including Panasonic, and the now-defunct Sony sat-navs – which means that it should know a thing or two about the subject.


Its own devices, however, have disappointed in the past. The 5100 I reviewed last year, for example, had all the features and an impressive mapping engine, but failed to hit the mark when it came to performance. It was also far too expensive for a device with just UK and Ireland maps on it. The 2110 Max aims to remedy that, and bring some innovation to the party as well. 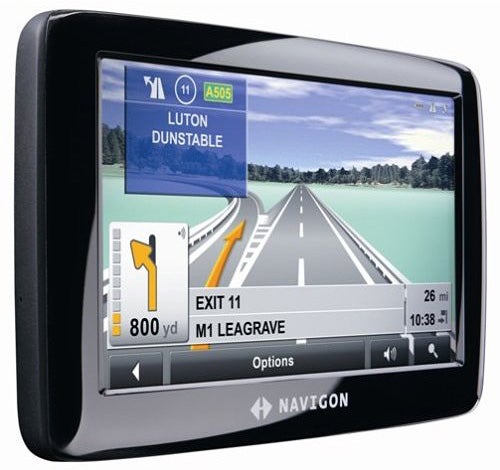 The price is good for a start. The 2110 Max comes with maps of UK, Ireland and the rest of Europe, includes a TMC traffic information receiver, plus speed camera data, and yet it costs just £169.99 inc VAT. That’s pretty impressive, even if a one-off fee of approx £40 is needed for TMC reception in the UK. Considering that TomTom’s latest Go 730 Traffic has a similar feature set and sells for around £270, and its XL Traffic Europe 22 goes for £210, the 2110 Max is not a bad deal. But is a competitive price and feature set enough when TomTom is already so far ahead? 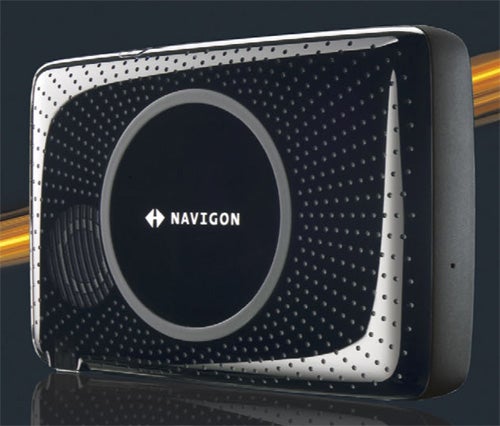 Navigon is certainly trying hard, and has introduced some interesting features with its latest range. Top of the list is what’s called Lane Assistant Pro. Navigon was one of the first sat-navs I saw that introduced lane assistance successfully last year, and here it takes things an exciting step forward. Not only does the 2110 Max tell you which lane to get in on motorways and major roads, but also on minor multi-lane roads too. It even knew about the lanes on the large roundabout just at the end of my road, and the icons it uses to illustrate which lane you should be in are incredibly detailed and clear.

My test for Lane Assistant Pro is the A406 junction with the M11 in north east London: as you travel clockwise around the A406, to get onto the M11 you first have to avoid taking the dual carriageway slip road, but then – almost immediately after, you need to keep to the left of the remaining three lanes – a test most sat-navs fail dismally. They often tell you to keep right, then deliver the following keep left turn instruction either too late or too early to be useful. The Navigon, however, passed with flying colours, simply indicating I needed to stick to the middle lane out of five. I was so impressed I’d even go so far as to say it beats TomTom’s lane assistance feature, which is highly impressive in its own right but doesn’t quite offer the same level of detail. 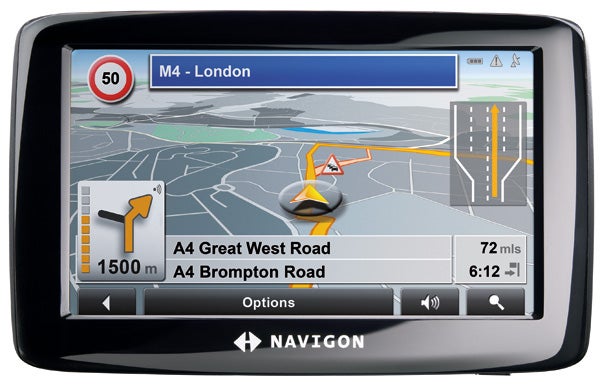 Navigon retains the same Reality View it had last time too, though this is slightly less useful. As you approach motorway junctions, it pops up a detailed, ‘realistic’ 3D view, complete with signs and road markings of the junctions you’re about to negotiate.


Another area where Navigon has TomTom beat is in the appearance of its maps. Where TomTom’s are basic and functional in the extreme and haven’t been changed in years, they look drop-dead gorgeous on the 2110 Max’s bright, clear 4.3in widescreen. All the lines and roads are anti-aliased, the route is clearly marked with a bright yellow arrow, and the next turn icon is among the best around, incorporating a realistic view of the next junction as well as an indication of how far away it is. POIs are particularly clearly indicated, complete with branded logos and swanky drop-shadows. And the moving map updates beautifully smoothly too, which helps keep it in sync with your position, even in the tightest of urban streets. 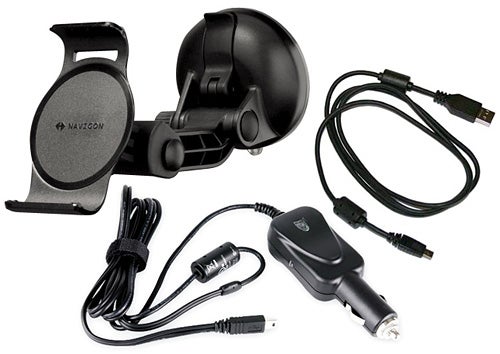 There’s integrated TMC, which means no more unsightly wires to drape around the windscreen – a much more elegant method than the TomTom XL Traffic’s wires. The signal can also be boosted by the antenna integrated in the car charger, and though the usefulness of the FM-transmitted TMC information can be hit and miss, it works well here, picking up a signal reliably and offering all the usual choices in routing – automatic avoidance or prompted.

The Navigon 2110 Max does all the basics well too. Address entry is straightforward – the 2110’s full screen touch keyboard is a big improvement on the 5100’s cramped affair, and browsing the map to select waypoints works brilliantly too. Navigation is generally sound. Some route choices aren’t wonderful – it took me around some unnecessary back streets close to my house when most sat-navs recognise that the simpler, slightly longer route is quicker – but that was one error in a generally strong performance. Voice instructions are clear – the speaker is of decent quality and well-timed too – and I particularly like the fact that the voice says ‘please’ before every instruction. 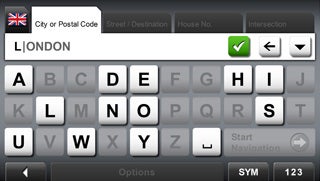 So far so good, but there are still a few areas of weakness. The first is that the 2110 is still not the greatest performer. This doesn’t, thankfully, manifest itself in sluggish instructions while out on the road, but in the speed (or lack of it) of satellite lock. When you first fire it up it takes an absolute age not only to boot, but also to lock onto a satellite signal. I gave up at one point and only when I had reached my destination – a short four minute drive away – did the Navigon 2110 oblige me and provide a location.


There’s also no advanced routing feature as good as IQ Routes, or shared map updates and corrections as with the TomTom Go sat-navs. And you don’t get voice recognition either. 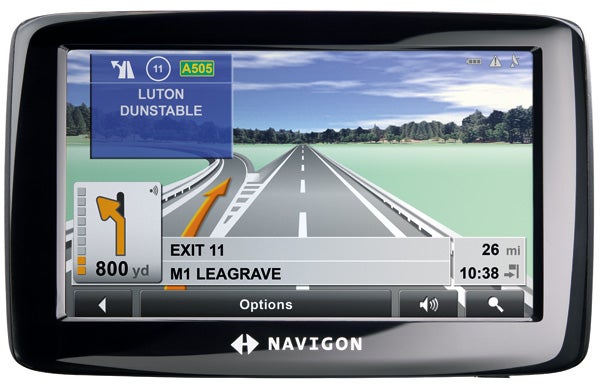 
The faults are minor and the omissions not serious enough to put a dent in my positive opinion of this navigation device. The 2110 Max is the most impressive non-TomTom sat-nav I’ve seen since the Mio C620 and is a worthy TomTom rival.


However, it can’t compete with the advanced features on offer from the Go range of TomToms but does offer a cheaper alternative to the equivalent TomTom XL that I was so impressed with last month. And that’s not bad going at all.