Navigon has consistently impressed us with the amount of features it packs into its budget models. The 20 Easy, now £79.99 in Navigon’s online shop, is one of the best value sat-navs currently available. But if you want just a few more features, Navigon has an alternative called the 20 Plus. So what do you get for an extra £30?

The most eye-catching addition is the motion sensor, which Navigon has now added to a few of its latest models. When in the map view during navigation, a quick wave of the hand near the 20 Plus will call up the MyBest POI and options menus. The former provides icons for finding nearby Points of Interest in three categories. Clicking on any of these shows a list of results, with three tabs along the top giving you rapid access to the other two categories if required. By default, these are restaurants, parking, and petrol stations, but you can replace any of the three with another of the POI categories available.


The idea behind the motion sensor is that you can access the device more safely when driving. Certainly, you don’t have to fiddle with menus so much to find nearby POIs, or get to the roadblock avoidance and traffic listing menus. But we still wouldn’t recommend using a sat-nav with your hands when driving. So whilst the motion sensor does reduce the attention required to gain access to certain functions, it doesn’t remove this entirely. We also found the motion sensor could be fooled by rapid changes in light, for example when travelling under a motorway bridge in sunny conditions. The safest sat-nav to use when driving is still Garmin’s premium nuvi 3790T, with its consummate voice control system, and we still wouldn’t suggest you do even this on a regular basis. 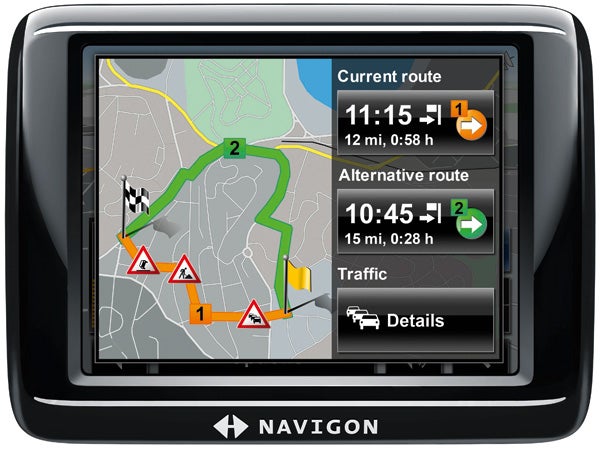 Another difference to the 20 Easy is in the traffic update service included. Both devices come with a receiver for RDS-TMC traffic built into the car power adapter. But out of the box the 20 Easy will only receive free traffic updates – which some European countries offer – and requires an extra £40 subscription to receive premium traffic available in the UK and Germany, amongst others. The Navigon 20 Plus, in contrast, comes with a premium subscription as standard, so this feature on its own makes the more expensive model worth buying, for those who will be using traffic information regularly.


Allied to the premium traffic subscription, the 20 Plus also has the ability to read out the incidents it reports. This is part of the 20 Plus’ wider text-to-speech facility. So instead of just telling you to make a turning, the 20 Plus can announce the actual name or number of the road in question, which will be a boon for those who like verbal as well as visual directions.

The final additional feature the Plus has compared to the Easy is Navigon Sightseeing, which comes in two parts. The first is a new POI category, which could be described as tourist attraction POIs on steroids. The entries have considerably more information than regular POIs, such as opening hours and pricing, giving you a bit more guidance about which ones you might want to visit. 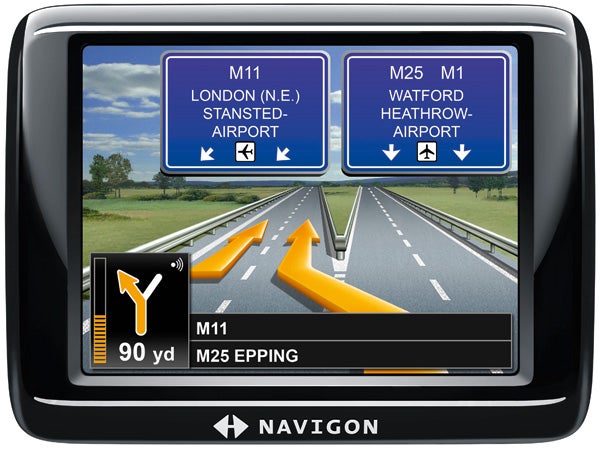 Allied with the Sightseeing POIs are the Sightseeing Tours. These are custom routes that take you around a collection of Navigon Sightseeing POIs. There are 14 Sightseeing Tours included, but only one per country, so just a trip round the Lake District for the UK. An extra £15 will get you 100 Tours across 14 countries, which is fairly reasonable if you enjoy European driving trips, although a good guidebook would be recommended as well.


Other than these extras, the 20 Plus is essentially the same as the 20 Easy. So it offers a functional if not stunningly streamlined tabbed system for finding your destination. This functions in the same way whether you’re searching for an address or POI. With the former, you drill down from country, to city, to street, and then house number, although you can enter a full UK postcode instead of a city. With the POI system, you can move from category to subcategory, or search the whole database. However, you can’t search across both address and POI databases by keyword, a feature of Mio Navman Spirit sat-navs we find particularly useful. 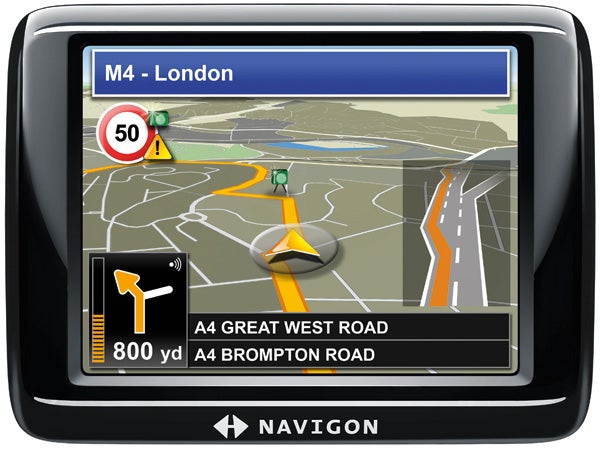 In transit, the 20 Plus offers some of the latest Navigon widgets. The Active Lane Assistant builds on the Lane Assistant of previous Navigon generations by adding animation. The graphic appears on the right of the display, and covers the majority of multi-lane junctions. Its main benefit comes with complicated systems where you must be in the right lane for a series of turnings in succession. At the most significant motorway junctions, a full-screen Reality View Pro graphic pops up to tell you which lanes to be in and which road signs to look out for.


As you approach your destination, the Clever Parking system reveals an icon onscreen so you can search for nearby lots, although like the MyBest POI feature we wouldn’t recommend operating this when driving. When you’ve parked, the Last Mile function then saves your location automatically when you remove the sat-nv from external power to finish off the remainder of the journey on foot. So you will be able to find your car again on your return. The 20 Plus also makes itself easier to use whilst walking by switching to portrait orientation in pedestrian mode.


If you’re on an occasional traveller on a budget, Navigon’s 20 Easy would still be our top recommendation, as £80 for a sat-nav with European maps and a decent set of features is hard to beat. Most of the 20 Plus’ extras will be insufficient to convince you the additional £30 is worthwhile. However, regular commuters could well find the premium RDS-TMC service spins things the other way, as it makes the Plus better value than adding this capability to the Easy. So Navigon’s 20 Plus would be our suggestion for rush hour travellers on a tight budget.