Sat-navs with full European maps are normally the premium models, costing in excess of £200. But Navigon doesn’t appear to have read the rules. Despite the 1210 including maps for 40 European countries, you can pick it up for under £100, which is about what most manufacturers charge for their European maps alone. So Navigon has almost thrown the sat-nav device itself in for free. 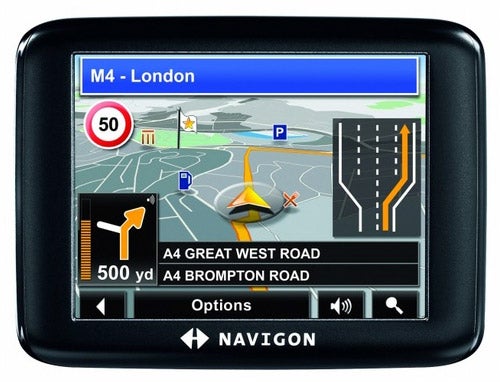 With this in mind, it’s easy to tolerate a few rough edges – and the 1210 does have a few of those, not least on the casing of the sat-nav unit itself. Our main criticism is the address entry interface, which has the same failings as with the 1210’s premium sibling, the 7210. The tabbed process feels a little clunky compared to the implementations of other manufacturers, and in particular lacks the ability to navigate to a house number when you enter a postcode.


On the plus side, the New Destination dialog gives you direct access to three categories of Points of Interest (POI). By default, these are petrol stations, parking and restaurants, and pressing any of these will call up a list of what is near your current location. The three slots are entirely customisable, too, allowing you to swap them for any of the other 25 POI options. 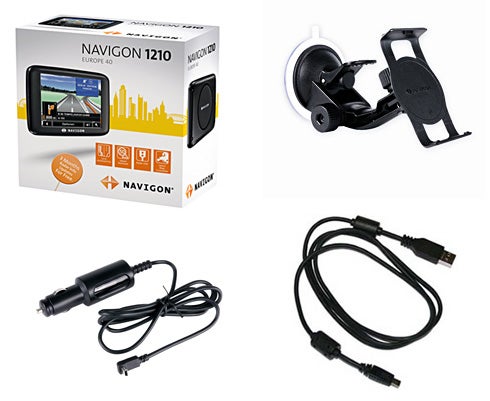 This isn’t the only way to get to nearby POIs. The Options button on the initial screen includes a Direct Help button, which finds the closest petrol stations, police stations, hospitals and pharmacies. These choices cannot be customised, but the display also includes phone numbers for each POI, as well as allowing you to navigate to them, which might well be useful in an emergency. The Options menu is also the home of Route Planning. As well as navigating to a single destination, you can define routes with multiple waypoints, then save and recall these routes – handy if you plan a scenic detour.

Routes can be calculated according to a variety of ‘Speed Profiles’, including Fast, Standard or Slow cars, motorbikes, lorries, bicycles or pedestrians. You can also choose the fastest, optimum, shortest or most scenic option. In the map view, you can tap on a road and choose Block to reroute around an impassable obstacle or stationary traffic jam. So most routing configurations are supported. 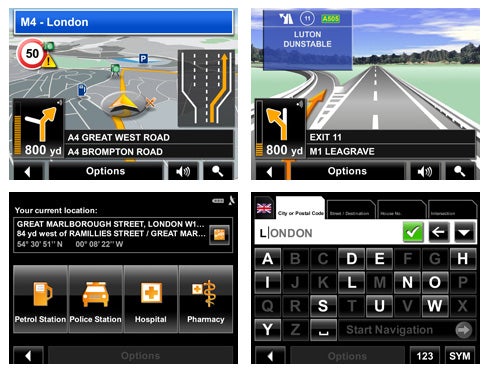 The navigational screen includes a surprising number of the latest bells and whistles. Whilst the full graphical view of an upcoming junction (which Navigon calls Reality View Pro) is reserved for more premium models, you still get a useful graphic telling you which lane to be in (this sits on the corner of the screen rather than filling its entirety). The full view only pops up on major motorway junctions, and not very often in our experience. Navigon is calling this cut-down version Reality View Lite. You don’t get the 3D Landmark system included with the 7210 either, albeit of questionable usefulness anyway. But this can be added for £14.99 via the Fresh service.

A speed camera database is included, although unlike other sat-navs you have to manually enable this before warnings are displayed. This is because this feature is illegal in certain countries, such as Switzerland. Updates for three months after purchase are included, after which you will need to purchase a Navigon Fresh online subscription. The 1210 also warns when you exceed the speed limit for the current road by a given amount. This can be set separately for built-up areas and extra-urban roads, and is user configurable. The verbal warning itself is rather comical, however. Instead of a simple ‘ping’, the sat-nav tells you to ‘Beware’.


However, the one downside with the 1210 is just how much Navigon has attempted to pack into its compact 3.5in screen. At certain times you will have a next turning icon, lane guidance, current speed, ETA, distance remaining, current road information on the bottom and next road listing at the top, so there isn’t much space left for the map itself, although this is an occupational hazard for smaller, non-widescreen sat-navs. Navman’s S30 3D has a similar problem.

Despite the overcrowded display, though, the navigational advice is clear and easy to follow. The verbal suggestions are timely, and the map updates quickly and without lag or glitches. The map itself is very readable at a quick glance, but isn’t as easy on the eye as Garmin’s or as ‘functional’ as TomTom’s. You have to delve into the menu to choose whether the estimated time of arrival or remaining time to destination are shown, where Navman allows you to choose from the map screen, but the default onscreen information tells you everything you need to know about your journey. 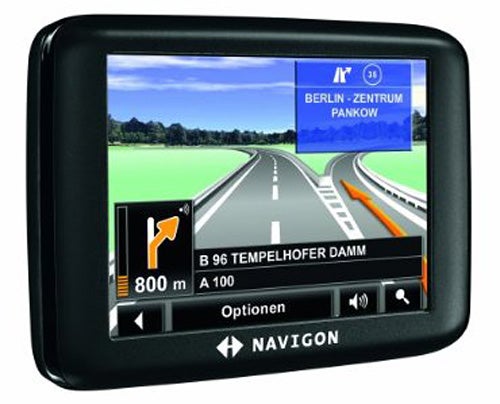 You also can’t add RDS-TMC traffic to this model at a later date, despite the icon being available in the options menu. For that, you will need to purchase the 2210, which officially costs £20 more than the 1210, although we have found it for scarcely a few quid extra with some vendors. This still isn’t a good deal, however, as unlike RDS-TMC implementations from other manufacturers, Navigon hasn’t automatically paid the one-off subscription to receive traffic updates. Since there are no free RDS-TMC providers in the UK, you will need to use the Navigon Fresh service to add a subscription – and this costs the princely sum of £40, which prevents the 2210 being such a bargain.


The Fresh online service itself seems a little pricey, too, when compared to the cost of the 1210. For £79.99 you get 24 months of map updates, which occur every three months. Unlike with the 7210, there is no money-off coupon in the box to sweeten the deal.


After the excitements of the latest premium sat-navs, in particular TomTom’s groundbreaking x40 LIVE range, the Navigon 1210 seems rather pedestrian. If you never plan to leave the UK, there are slightly better deals around, in particular Navman’s S30 3D. But if you do intend to make the occasional journey in Europe, the Navigon 1210 is cheap enough to buy just for a single continental trip. So it really is a bit of a bargain.