Naught is a game of both style and substance. Essentially it’s a 2D platform game, but it’s got a very distinctive noir-ish look and an innovative gravity control system. The game is available on both iOS and Android, and we took the Android version for a spin for this review.

Naught sees you take control of a cat like creature that you have to navigate around a series of ghostly underground tunnels. Instead of having direct control over your character, Naught makes you control the gravity for his environment in order to make him move.

There are three control methods that you can choose from. You can either use your phone’s accelerometer, virtual buttons, or a drag to rotate mechanism. We actually found the drag to rotate control the easiest to handle, but at the end of the day which you choose will really come down to personal preference. 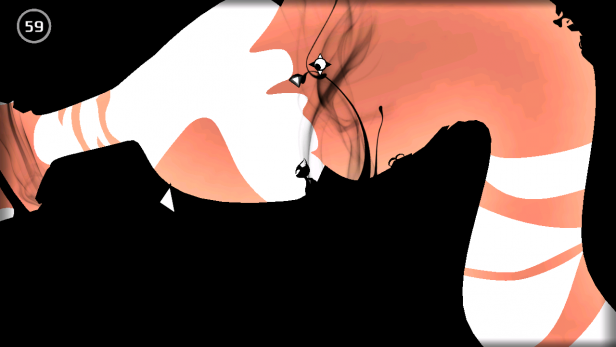 To make him walk you gently tilt the world in the direction you want him to travel, while tilting at a more extreme angle will cause him to skid along the ground or just free fall through a tunnel. You can also flip the world on its head to switch him to walking on the ceiling, for example.

This control system does take a little while to master and it makes some of the platform elements harder than they otherwise would be, but that’s part of the fun of the game. 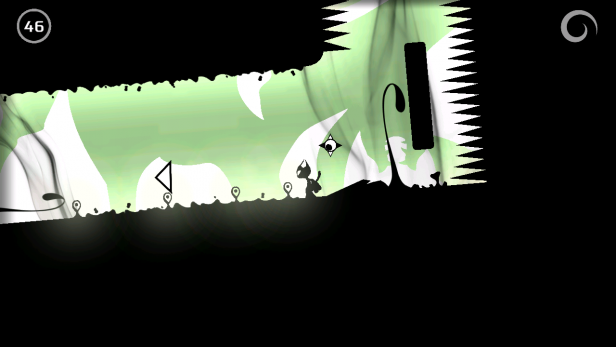 The goal of each level is simply to make it to the portal at the end, but you also need to pick up as many seeds as possible and the three diamonds that are scattered around the levels. Collecting the seeds is important as on some levels there are seed-activated doors that you need to hand over 10 seeds to open. Along the way you’ll need to navigate around obstacles such as moving platforms and deadly spikes that can kill you.

The graphics are very stylised and help the game to stand out from its peers. They really do look beautiful and give the game a very haunting, other worldly feel, something that’s further emphasised by the slightly spooky, cybernetic soundtrack. 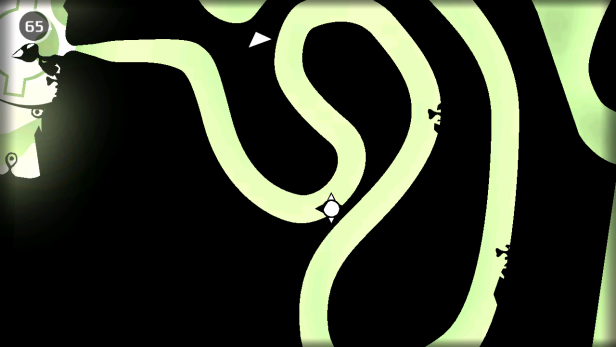 The only issue we have with the game is that although the largely monochrome graphics look great, the use of just black for all the in-game scenery and obstacles makes it difficult to tell which things are going to kill you and which you can happily bump into or walk on. This is especially true in the later levels.

Naught Verdict
Naught is a refreshing twist on the traditional platformer thanks to its slick graphics, clever levels and interesting control system. Its well worth its modest asking price.