Naruto has had an interesting history as a videogame franchise. The series’ massive popularity as an anime hasn’t always translated well to the gaming format; a lot of the character-driven intrigue and humour is lost in translation. There are some enjoyable moments in Naruto games – the various ninja abilities the eponymous protagonist and his crew get to use sees to that – but they’re scattered in between needlessly lengthy mission intros, cinematics and dull dialogue from voiceless NPCs.

Whilst it’s refreshing to see a publisher offer a collection like this for a reasonable sum, having the recent Road to Boruto held up right next to the Ultimate Ninja Storm release from 2008 isn’t exactly complementary to either game: it shows just how little has changed, and how outdated some of the controls and gameplay elements of the first game are. 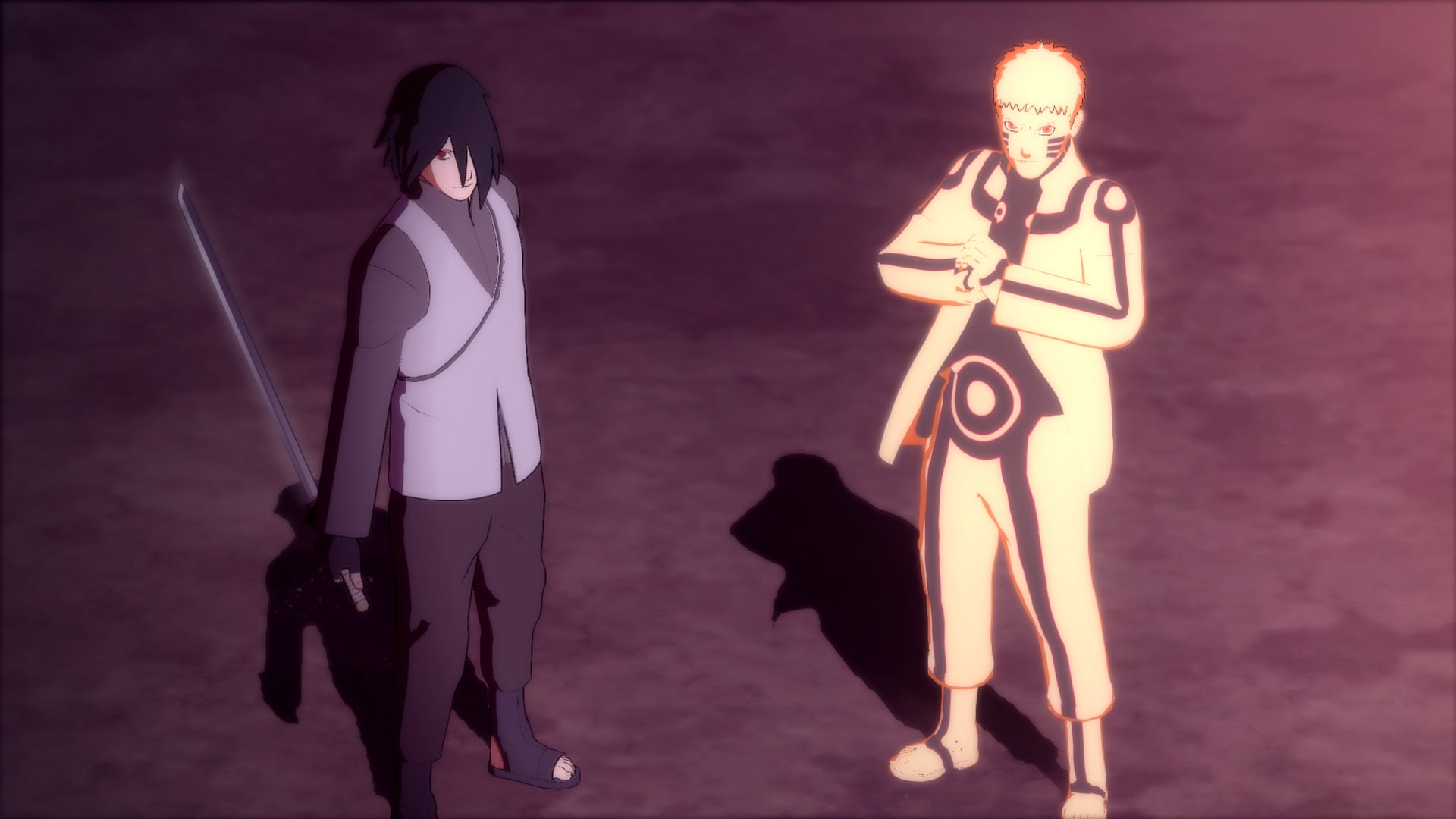 Granted, it’s a Xbox 360/PS3 legacy title at this point, so you can expect some archaic problems. What surprised me most, though, was that the original game’s loading issues seem to be barely addressed by the remake. I played on a PS4 and you’d think with all that extra processing power under the hood, the game would be able to mitigate some of the 10/20-second loading times you’d suffer between pretty simple cutscenes.

Then there’s the issue of the first game’s world itself. The Hidden Tree Village the series calls home for so long is a lively, interesting place filled with interesting architecture and a variety of wacky characters. But you’d be forgiven for forgetting that in the first game: the inhabitants of Naruto’s hometown are mute curmudgeons, wordlessly tasking you with phatic quests with no real motivation or goal beyond ‘go here, do this’.

At least CyberConnect2’s fighting mechanics save the game’s reputation somewhat. Just don’t go into this collection expecting the depth of 3D combat you’d get in Tekken or SoulCalibur – it’s a far more basic affair than that. One button corresponds to attack, one to jump, and one to throw. It’s a simple system but once you figure out how to wrangle your special Jutsu moves into the mix, it’s not a bad mechanic by any means – though more demanding players might find themselves getting bored or frustrated by the time the game is drawing to a close.

Throw in a few of the game’s amazing boss fights and you’ve got a fine foundation for a series of licensed games. The roster grows with every iteration, and the graphics improve markedly towards the fourth entry. You’ll notice some weird quirks of the series en route, if you play dedicatedly through every instalment. The decision to get rid of the free-roaming from the first game is still baffling, and a few of the choices the developers make when putting in the games’ bespoke story modes are… interesting. But other than that, you’ve got a trilogy here that offers incredible fan service and generally OK gameplay even if you’re just a passing fan of the parent anime. 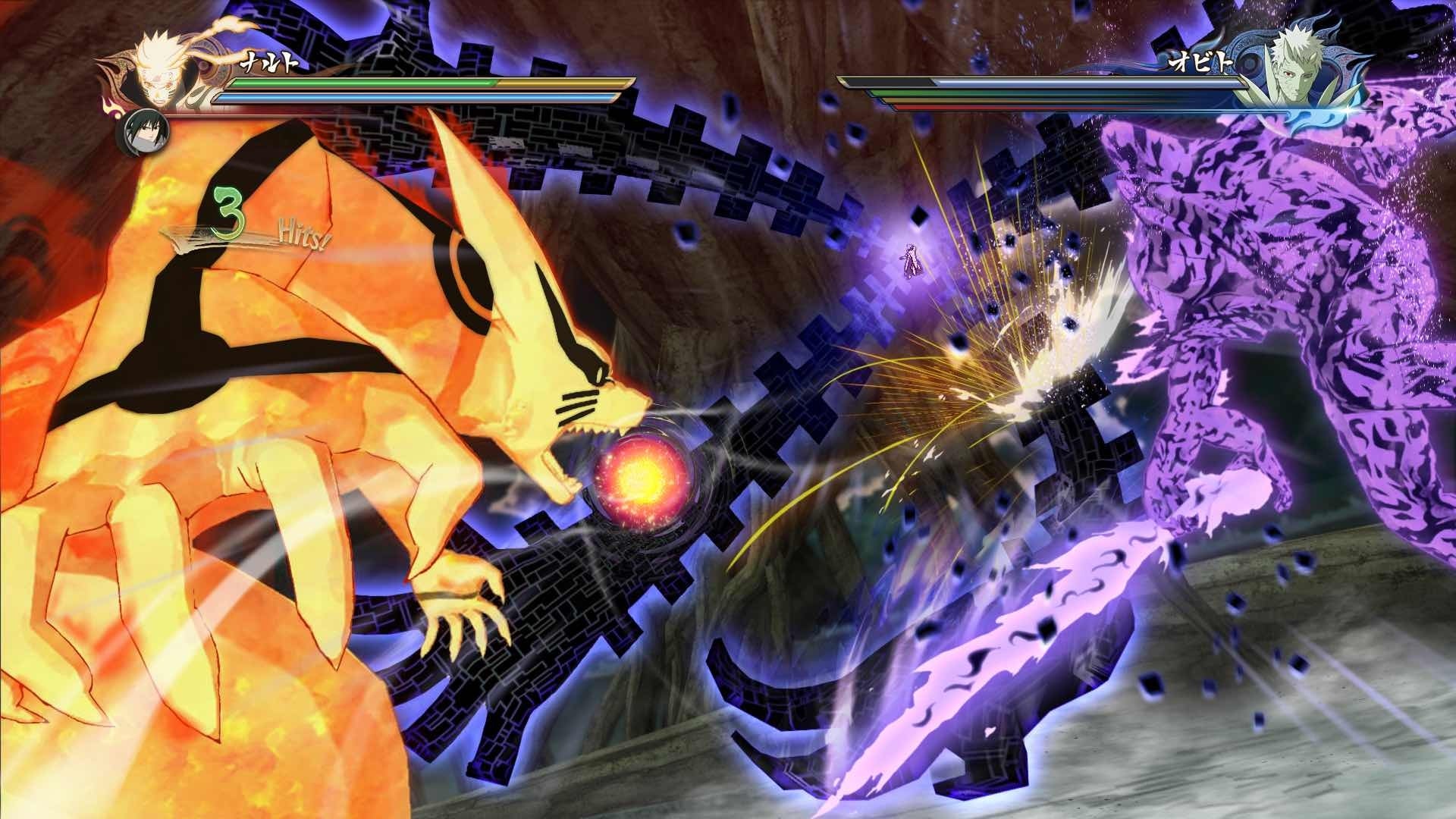 As you progress through the games, you’ll notice a significant shift in terms of how battles work, it definitely becomes more about timing and spatial awareness, with your quick-thinking and opportunity to blast combos taking priority over mindlessly button mashing. If you keep growing as the games grow, you’ll be OK, but if you try and play Ultimate Ninja Storm 4 the same way you played the first, you’ll be in trouble.

So by the time you hit Boruto, you’re going to want to actively make a point of playing the story mode: yes, the quicktime events and lengthy anime cutscenes might be a drag, but the mode does an apt job of teaching you how to play. You’ll learn the mechanics of the now-central tag matches, and how to pull of the game’s best feature: the amazing, massive, world-ending set-piece special moves that are sure to get the blood of anime fan right up.

By the final instalment of the collection, you’ll have over 60 fighters to play with and learn: granted, some of the more obscure characters aren’t going to have the depth of the fan-favourites, but hey, if this game is all about fan-service and satisfying that Naruto itch for you, breadth is likely more important than depth, right?

As a remastered collection, there isn’t really a lot to say about the older games. They’ve been visually improved a little bit to fall in line with what you’d expect from a PS4 or Xbox One offering, but overall there are still some performance issues and, to be fair, the gameplay hasn’t particularly aged well. When you get to the more recent games, this collection is a good excuse for fans that missed out on Ultimate Ninja 4 or Road to Boruto to get way more bang for their buck. If you’re new to Naruto, it’s also a fantastic way of exploring the series’ rich history because – like a lot of classic anime – by the time you get into it, there’s certainly a lot to catch up on.

If you’re keen on getting into Naruto or you’re returning to the franchise, this is a great value collection for you. If the fox-spirited means nothing to you, then you’re probably better off staying away.